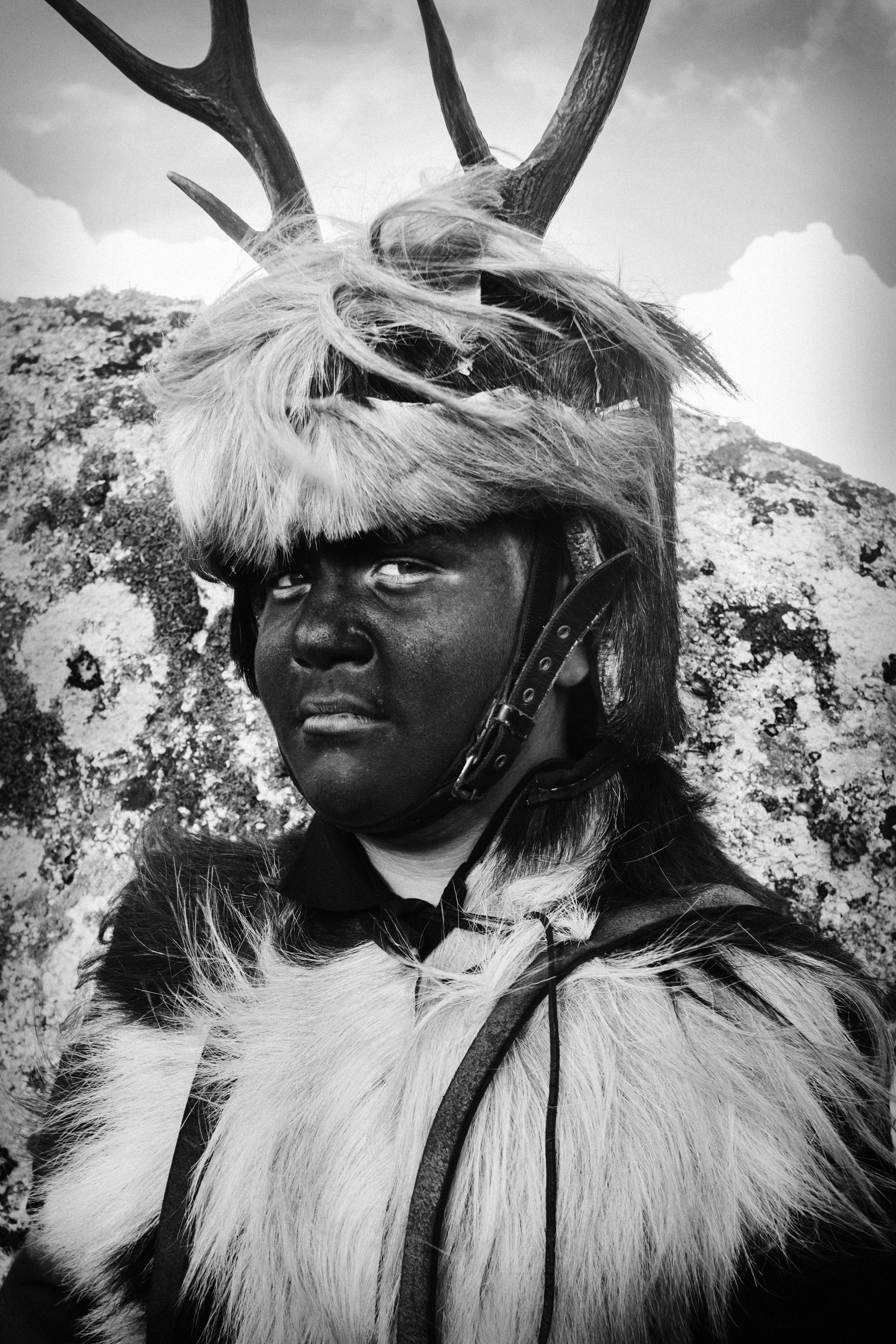 Self-publishing don Ray Potes talks to Artefact about his long-running photography zine-come-biannual photo book Hamburger Eyes and clears up a few things about 35mm versus digital.

An Elvis impersonator throwing up gun fingers in the excitement of having his photo taken. That was my introduction to the world of Ray Potes. 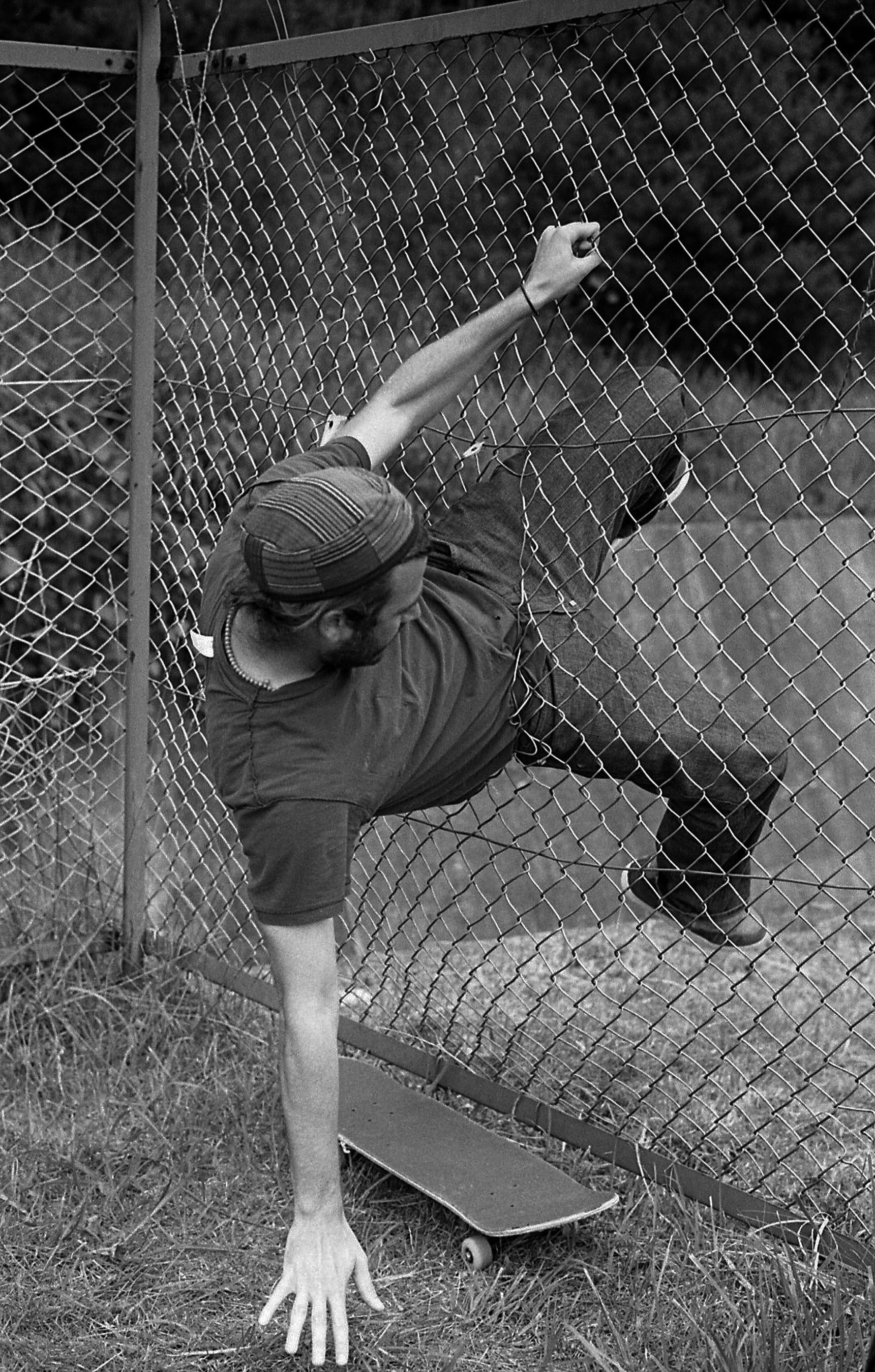 He had used the image on the cover of his biannual photography zine, Hamburger Eyes, and for me it stood out among the twee minimalist art books around it. Punk, bizarre, effortless and absorbing.

Flicking through its pages, it feels like you’re a guest at everyone’s backyard barbecue; you’re never not on the road; you’ve met the best person out of a thousand-strong mob rioting in the streets; you’re looking at the photo you felt too awkward to take.

From your favourite Leica-wielding photojournalists to Ray’s ‘friend of a friend of a friend’, the people whose work appears does so under no prevailing theme – except that they are all distinctly ‘Hamburger Eyes’.

The latest issue, No 17, subtitled The Continuing Story of Life on Earth is out now, but I asked Potes to wind things back 15 years ago to when it all started.

“It wasn’t a big pre-planned project,” he says. “I’d been making zines for a long time. They all had different titles, then I randomly called one Hamburger Eyes. It got more of a reaction than any of the others, so I made a sequel. That one came out good, too. Then it just turned into an ongoing series.”

From small Xeroxed fanzine to the hardback copies of 100+ pages you can find in bookshops everywhere, Hamburger Eyes has positioned itself in the photography world as strictly DIY. Potes works with revered photographers and journalists, as well as showcasing emerging talent.

“It’s an honour and sometimes shocking that some of these guys want to work with us. We do reach out sometimes, but it is usually on the recommendation of photographers we know.”

Traditionally, photo-fanzines have gone hand-in-hand with 35mm photography, with analogue purists rejecting digital ‘cheaters’ as if they were some sort of third wheel in their darkroom love story. Where does Potes stand on the Analogue v Digital debate?

“We publish both. I think in an early interview I said I wasn’t that into digital, and there was a big uproar. But at the time, consumer digital cameras were at two megapixel resolution so they didn’t print well.

“Also, me and some friends were printing a ton in the darkroom, so people had this certain idea about us. Digital cameras have since caught up, and some of photographers, and especially journalists, are sending us awesome digital photos.

“My main [concern] is if they did the black-and-white conversion properly, as we can still only afford to print black and white.”

The contrasty gray-scale flicks juxtaposed within the pages of Hamburger Eyes, reflect the spontaneity of its assemblage. The photos are valuable but disposable treasures – they aren’t given any particular treatment but are pertinent to the ongoing visual narrative. 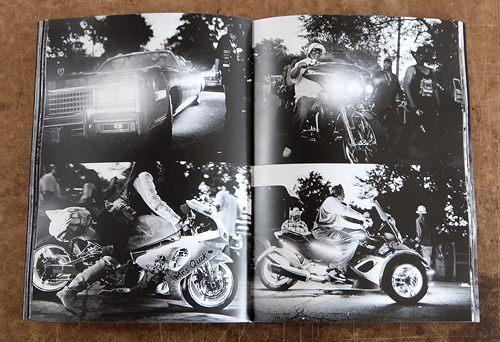 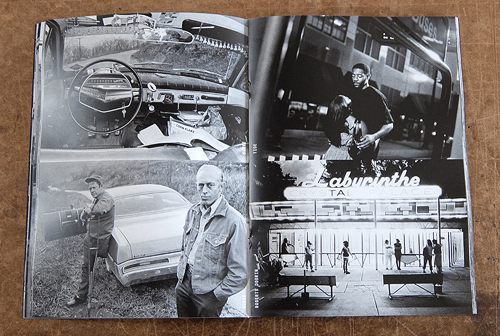 “I usually just start with the cover and go all the way through to the back cover,” says Potes. “I used to think of it as like writing a song or sequencing a movie, but now I realise that it’s more like I’m watching a movie and it’s just happening.

“The photos just land where they belong. Vague, I know, but literally the last issue took me about two hours to put together. That doesn’t include the photo credits, though.”

For many bookshop pessimists, the world of print is destined to follow in the footsteps of Blockbusters and HMV as online media’s growth gradually wipes out the demand for analogue content.

For those of us who don’t qualify success with a need for profit, who put more value in the object form of photography than its artificial illuminance in pixels, Hamburger Eyes is holding it down at the forefront of the self-publishing game.

“I think of photos in the printed form,” says Potes. “It’s just how I grew up – prints, books, magazines, zines. It is my preferred way to look at photos.

“Also, when I was younger, I thought validation for a photographer was getting work published in something. When I couldn’t get any of mine published, I started publishing them myself. So I’m a cheater!”

But if it’s not a case of the evil digitised world abetting the demise of print, does Potes have any plans to transfer work which has traditionally belonged to print to any other media?

“I find myself spreading out in social networks like Instagram and Tumblr and YouTube. It feels like I just added three new full-time jobs for myself, but it’s hard to score yourself or find out if you are doing it right.”

Of course, one of the main limitations of self-publishing is the cost. Say you’re spending £2.50 a go for a limited edition of 100 copies. By the time you’ve distributed them to your nan, your cat and your mates (who are eligible for mates-rates anyway), you find that you need to print more, but actually have nothing to show for the first batch.

Having run the show for more than a decade, always with an eye on the price of printing and distribution, does Potes see any commercial viability in producing zines and books?

“It’s very expensive,” he admits. “Sometimes we make our money back, but most of the time, no. Sometimes we can help recover our costs selling t-shirts and things. There are good years and bad ones. It’s totally unpredictable and scary, and still is after all these years.

“But, sharing photos and meeting new photographers is what makes it all worth it. And if I just remind myself that, then it’s all good.”

The importance of his work, as it goes against the flow of financial bullshit that comes with the grind of self-publishing, is ever more pertinent in a time where people talk a lot, but never DO.

The wheels of the burger van are still turning, and the guy driving is testament to the role of print in a world of selfie sticks and dishonest filters. What advice would he give to others?

“Just stay busy. It’s very easy to get stuck, to get influenced to do all these things but then get frozen by the possibilities. I have to keep telling myself to just keep making the zines and keep shooting photos; everything else is extra.”

Inside the new Hamburger Eyes, each individual photo offers the viewer some kind of insight into a story, whether literal or figurative. Potes gives me a run-down of one of the stand-out images:

“This photo (below) is by Alex Martinez. This is the first time we’ve run a cover of an inanimate object. I didn’t ask him the story behind it but, for some reason, this photo just jumped off the screen for me.

“It has this feeling that the party is over. A machine called ‘Sunray’ looks like it spins and does all kinds of things. It sits there, sad and upside down. But then you see the plug in the photo, and hope and wonder begin to take over. Maybe we can get it to work and if it does, is the party still on?” 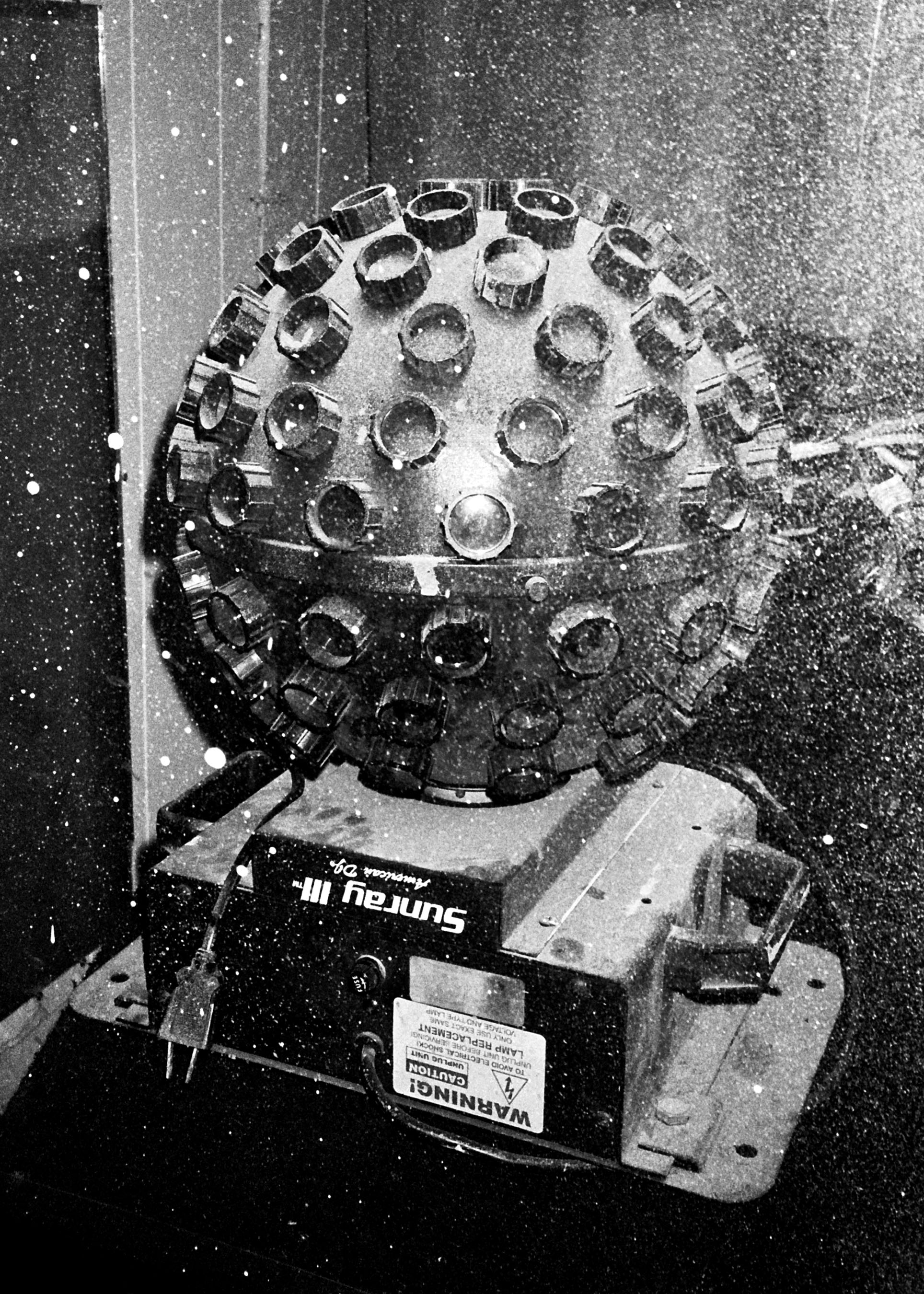 Cover photograph of Hamburger Eyes, no.17 – by A. Martinez

For more king Xeroxing, zines and deep-street photography, you can keep updated at hamburgereyes.com where, off the back of a successful kickstarter project, Potes has released the latest issue online – http://shophamburgereyes.com

Feature Image by A. Martinez