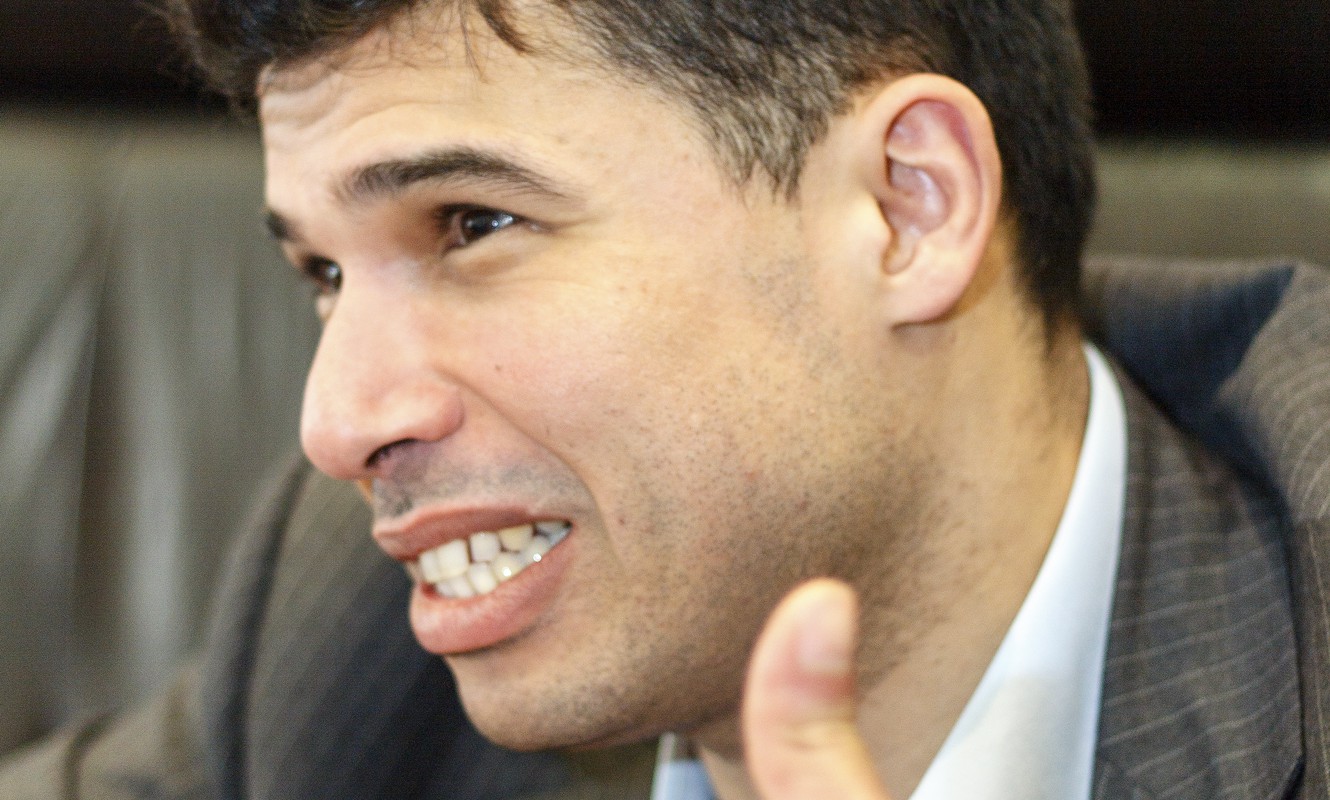 Ibrahim Taguri is standing for the Liberal Democrats in the Brent Central constituency. He replaces Sarah Teather, who’s held the seat since 2010 when the Boundary Commission reconfigured the Brent and Camden constituencies from five down to four.

The Brent area is one of London’s poorer boroughs – it includes areas like Harlesden and Stonebridge and has traditionally been held by left-wing parties. Artefact sat down with Ibrahim Taguri to talk about himself and his politics.

“I used to be an angry young man. I used to get into street-fights, I’ve been bottled, I’ve been beaten up; I’ve done all sorts.”

I met Ibrahim at a small café on Walm Lane in Willesden Green, just a stone’s throw from the Liberal Democrats’ Brent office. He spoke freely and openly, and it was clear that he wasn’t deliberately being careful to make sure that his words stuck with party policy.

Ibrahim Taguri is 36, born in Bayswater, the son of Libyan refugees. His mother was at university there training to be a lawyer, but they left because of the Gaddafi regime and moved to the UK where they began again as cleaners.

Ibrahim grew up poor – he was born into social housing, where, he says, his family lived through many of the hardships that people still face today: “It was cramped, dilapidated, there weren’t enough bedrooms; there was the threat of homelessness for a long time; being pushed out to make room for luxury developers.”

When he was 13, his family moved to Willesden Green, which has remained his home ever since. It’s hard to ignore Ibrahim’s upbringing; it’s obvious that his background has, in a big way, shaped his politics.

He’s open when discussing his youth, explaining: “I used to be an angry young man. I used to get into street-fights, I’ve been bottled, I’ve been beaten up; I’ve done all sorts.”

In fact, Ibrahim made something of a profession out of fighting – he was, for a while, a boxer. He speaks of this time fondly and tells me how it came about: “Well, I kept breaking my ankles playing football, I broke each one twice, I got sick of it … I’d always done martial arts [and] I got taken under this guy’s wing – Irish, working class, a cabbie. We hit it off and he became like a father and built me up as this great fighter.”

He remarks that many of the lessons he learnt as a boxer are lessons which have stuck with him as a politician.

He believes that these experiences gave him “an outlook on life and a discipline; a professionalism and an attitude which was to really look at my circumstances and work out what I was going to do to win a fight.

“I realised that [the] limits were in my mind and as long as you could keep the mind going – you could achieve some very interesting things,” he adds.

As well as boxing, Ibrahim had a “whole breadth of life experience” before getting into politics, he had already achieved a great deal: “Small business owner, consultancy owner, charity worker, film maker.”

He tells me about Those Guys Productions, the film production company that he has started with his friend Noel Clarke, an established British actor and filmmaker.

His friend, Noel Clarke was responsible for the Kidulthood and Adulthood films. While these experiences might seem somewhat abstract from politics, he insists, quite convincingly, that they are very relevant indeed – that they “always had an element of political engagement.”

Ibrahim is quick to admit that although he has worked very hard to overcome the circumstances faced by a young, impoverished muslim growing up in North London, there has been a significant amount of luck involved.

While Ibrahim grew up poor, he was able to attend an independent school, thanks to the now defunct assisted place program, where talented students would be awarded government funding towards a private education: “I was very lucky to get an assisted place and I caught a break that a whole load of other people that I grew up with didn’t get.”

After finishing school Ibrahim attended Reading University, where he graduated with a degree in English Literature and language.

It’s perhaps this varied life experience that gives Ibrahim Taguri an edge over other politicians – he understands, quite fluently it seems, what life is like at both ends of the spectrum; he is as well educated as any other politician, but also has a very vivid comprehension of the plights suffered by the very worst off of those that he is representing, because he himself has been there and had that experience. 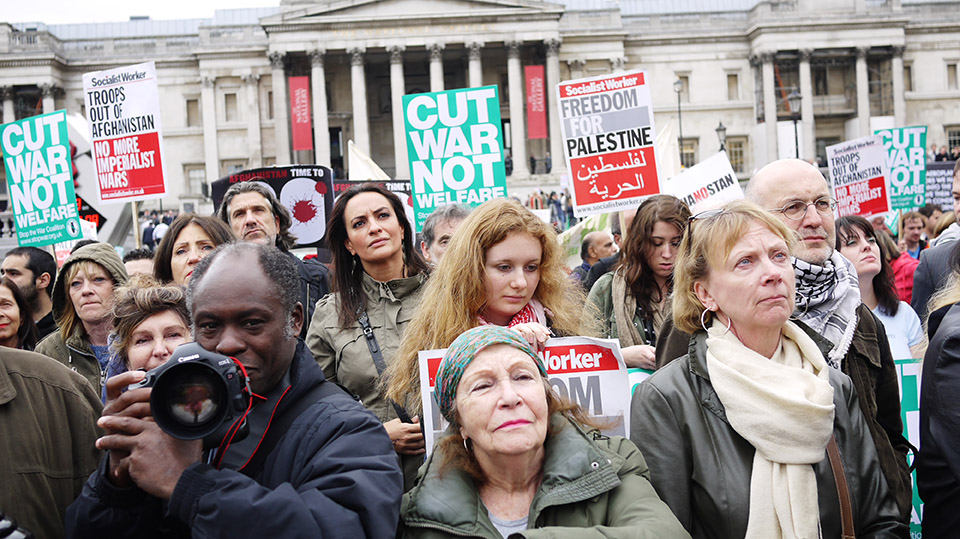 “I sometimes compare myself to another Somali kid from around here. He was really bright, doing really well – he wanted to be a doctor. Just before his A-levels the council had to move him out … It was really devastating – the emotional stress, the travelling, everything. He failed his A-levels.”

This kind of thing seems to be emblematic of many of the people that Ibrahim grew up with: “But I got taken out of that, I was given an opportunity and aspirations and I saw things and did things that I never would have done otherwise. I was lucky.”

It’s this sense of luck in life that Ibrahim has come to resent. He was afforded an opportunity which wasn’t extended to many of his friends: “I really want to take the luck out of it and remove the structural barriers so that people have the chance.”

And his own life is perhaps good evidence that this is the right approach – when you give someone the opportunity to do good, they often do.

“One day someone told me ‘make this paperwork disappear,’ so I put it under my desk. They found it a month after I left.”

As is probably clear, it was not always Ibrahim’s intention to get involved in party politics. After finishing university he worked as a temp at the BBC.

When asked what he did there, he jokingly responds by telling me “very little – I wasted a lot of TV license fee payers’ money.” He recalls: “One day someone told me ‘make this paperwork disappear,’ so I put it under my desk. They found it a month after I left.”

After his stint at the BBC, Ibrahim found something that he had some genuine passion for: charity fundraising. He did this for many years, working on campaigns and specialising in raising funds.

It was these same fundraising experiences that he used to change Unstoppable Entertainment’s business model from studio financed to private investment.

While Ibrahim had never been particularly involved in party politics before he joined the Liberal Democrats, he explains that it was always something that interested him: “I had always been interested in politics, we were Libyan North African migrants, so politics was an important sort of element growing up.”

He remarks that it was this sense of political awareness that eventually led to him becoming involved in party politics, but he found that “neither Labour nor the Conservative sat right with me for various reasons”, and in 2003, after participating in the Stop The War Coalition, he went to his local Liberal Democrats office, where he met Sarah Teather, whom he credits as being “the one who drew me into the party and how I got involved”.

When I ask Ibrahim about his personal political stance, he says that people tend to refer to him as more of a “Social Democrat”.

He says that what originally drew him to the Liberal Democrats was “the sense of trust in the individual, and in communities. It always echoes this thing and I think that the party really need to embrace this”. 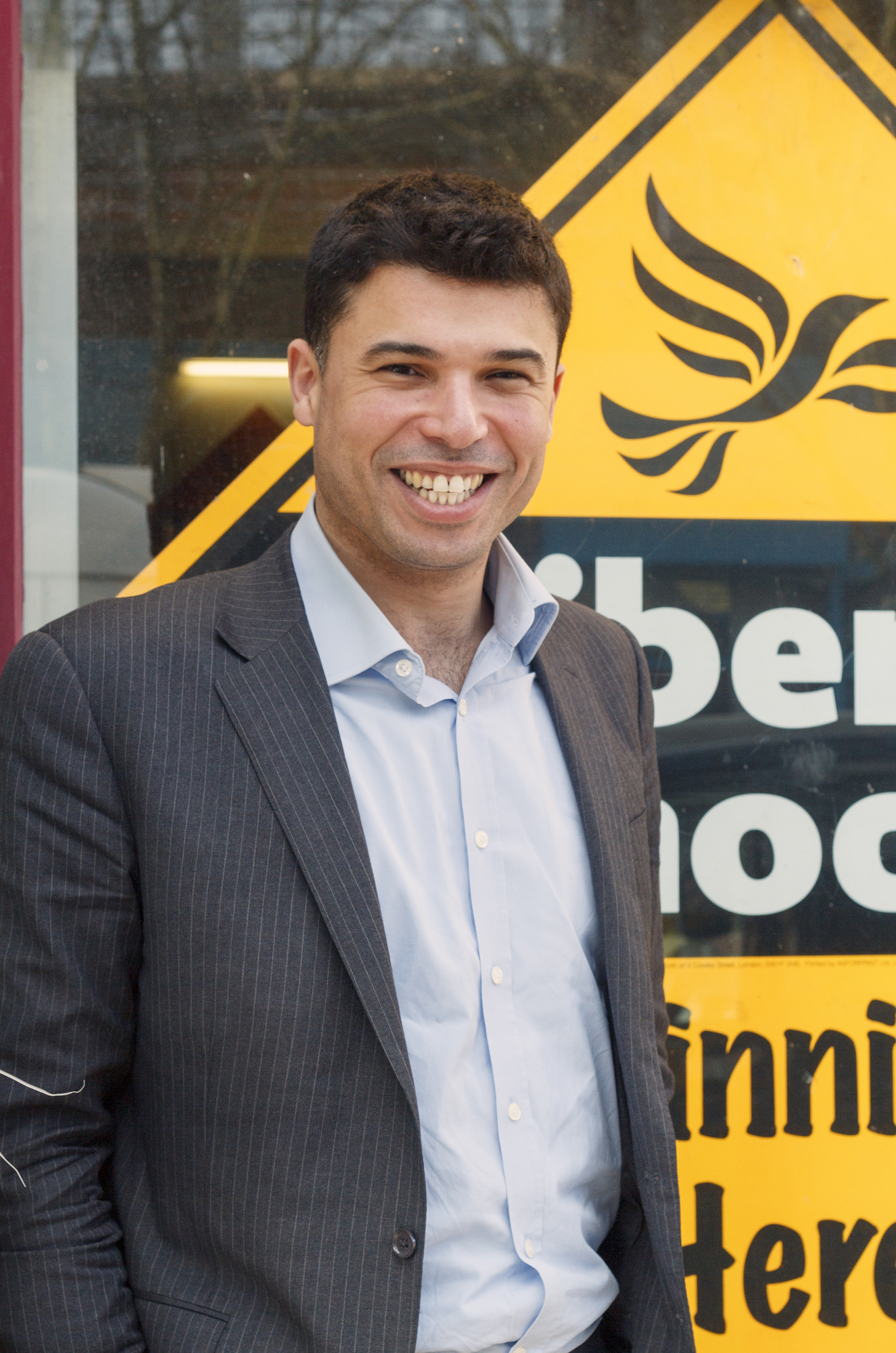 There’s a strong sense that Ibrahim feels that the party suits his politics, rather than the other way around. He says: “I don’t see the world through the prism of party politics, [but rather] through my own experiences, professional experiences, personal experiences, [and those of] the people that I is down and work with.”

It is the sense of personal freedom that Ibrahim applauds in the Liberal Democrats. He believes that politicians should not be constrained to strict party policies, rather that they should say and do what they personally feel is best.

“I think that’s where the Lib Dems lie – it’s not especially idealogical but it is very value driven, to justice, to fairness, to equality and a radical refusal to accept the conformity. Conformity breeds a status quo, it reinforces the establishments and that’s not what my life about and its not what my politics is about.”

For several years Ibrahim ran fundraising for the party’s Brent office, and he admits that he was surprised when Nick Clegg offered him a spokesperson role despite him being often critical of the party when he felt they were wrong.

“I know that people were thinking ‘oh now he’ll shut up, now he’ll tow the party line’. That was on the Wednesday, on the Monday was the fracking vote: up goes my Huffington Post article on Tuesday morning saying the government’s wrong, Nick Clegg’s wrong and I would have voted against.”

It wasn’t until after Sarah Teather announced that she was going to step down from her position as the Lib Dems’ Brent candidate that Ibrahim considered running for office.

He was encouraged by many to stand as her replacement: “Sarah pushed that as well, so I sat in her office and took on voluntary case work,” he explains.

“She had three professional case workers there, which is a very unusual service designed to help the community and people in need, and the cases I was hearing were my own upbringing reflected back at me.

“What struck me quite vividly was that this was an issue of child poverty – and that is not something that is just about the child but about the family and their housing, their educational circumstances and their employment.”

He goes on to quote Frederick Douglass, a 19th Century former slave and political reformist: “It is easier to build strong children than to repair broken men.”

And that’s really what it’s about for Ibrahim: his work isn’t about adhering to strict policies or keeping his mouth shut in order to progress the ranks of a political career: “Being a career politician means looking at some sort of ladder for yourself, but I see politics as something for change.”

Ibrahim is about doing what he feels is the best thing to do, which is making sure that people are given an equal opportunity: “I really believe that if you don’t have opportunity, you can’t have freedom and we need to give people opportunity. And the best way to do that is to give them that early on in life, give them the best possible start, so that the circumstances they are born into aren’t the circumstances that define the rest of their lives.”

A few days after this piece was published The Daily Telegraph ran a story that alleged Ibrahim Taguri had discussed with a potential donor how he might make a donation through a proxy, which is illegal. Ibrahim has denied any wrongdoing and said that if he had accepted the cheque it would have been declared properly. Following this story Ibrahim has stepped down as a candidate for the Liberal Democrats and will now be running as an independent candidate.