Women and the Islamic State 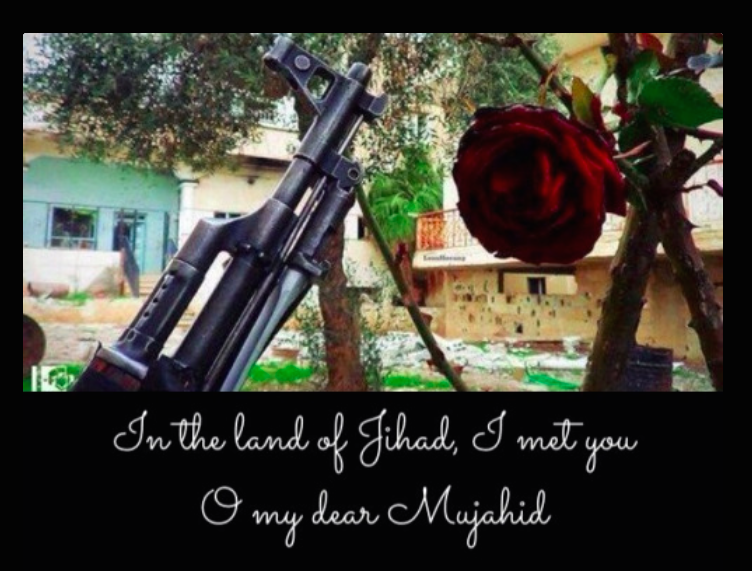 The row over the disappearance of three London schoolgirls has focussed attention on the fact that women and girls as young as 15 have been travelling to Syria to join the Islamic State (IS).

The Independent reports that in the last year alone, 22 young women and girls have left Britain to join this new radical crusade.

IS recruitment is done mainly via social networking and personal blogs, with women posting ‘useful information’ for those ready to join, detailing step-by-step guides of what to pack, tips on how to get past airport security, right through to what to expect as a ‘Mujahid wife’. 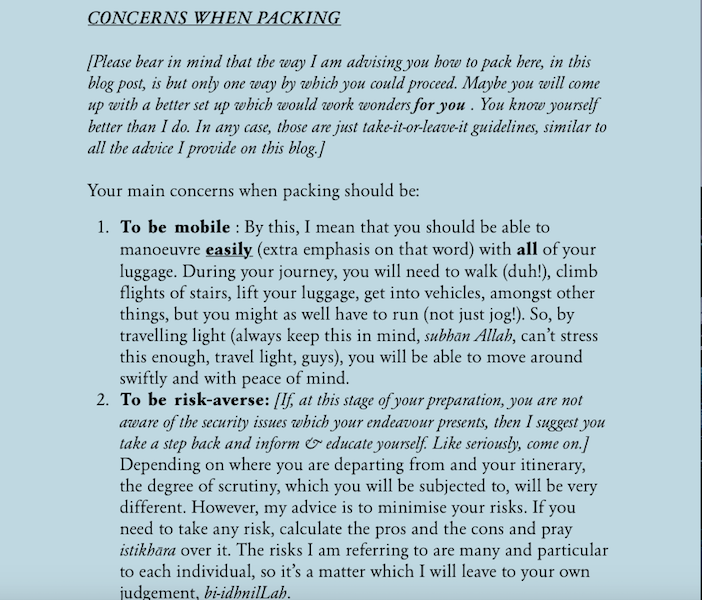 One writer calling himself ‘Paladin of Jihad’ (just one of the few) has included an extensive source of information for young men and women before they travel:

This is a 10,000 word document which, since its release on January 23, 2015, has been widely distributed among IS supporters.

The manifesto details an ‘idealised picture’ of the expectations of women living in IS territory and the ideal role for muslim women.

This manifesto emphasises that the role of a woman is that of homemakers and mothers – allowing women to work three days a week, only if need be and should her husband permit it.

The entire manifesto works on the basis of women being submissive to the demands of men, misconstruing Islamic scriptures thus feigning divinity within their ‘teachings’.

The counter-terrorism group Quilliam has described this as “a piece of propaganda”; Charlie Winter [who translated it] states that this manifesto is “aimed at busting myths and recruiting supporters”.

Young women such as Asqa Mahmood, 20, utilise social media to its full advantage, evangelising IS and, it can be argued, coaching other Western Muslim women.

Going by the name Umm Layth, she contributes to her blog, Diary of a Muhajirah on a regular basis, about an idealised utopia: “Ya Akhawat (Oh Sisters), you may be a wife of a Mujahid already or you may be firm that if you will marry it will be only to the one who gets his feet dusty yeah? And Alhumdulilah (Praise God) for this. Sisters with this comes the great acceptance and hefty reality which is that this decision means we will most probably have to sooner or later hear the news of our husband’s success, which is his shahadah (profession of faith).”

Women are also being used to manipulate men into joining IS using social media to shame them with claims that they are not “real muslims” or “real men” unless they join the fight.

Dr. Erin Marie Saltman, a senior researcher at Quilliam, told RT Magazine: “It is similar to the First World War, where men were branded cowards if they did not enlist. Jihadist wives are using language to degrade the machismo of British men. They use physical comparisons to shame the ‘fat and lazy British Muslims’ into joining the ‘physically fit and strong mujahidin’ in Syria and Iraq.”

“ISIS claim to be calling for women’s liberation but do not be fooled – this is no liberation.” Sara Khan

As an extension of their propaganda, it’s encouraged that those who are unable to travel to Iraq/Syria, to instead carry out their “duty” in their home countries, not only condoning but supporting acts of terrorism such as Lee Rigby’s killing.

On August 20, 2014, Aqsa tweeted: “Follow the example of your Brothers from Woolwich, Texas, Boston, etc. Have no fear as Allah swt is always with Believers”

According to Melanie Smith, a research associate from King’s College London International Centre for the Study of Radicalisation, there are currently around 200 Western women in Syria.

Sara Khan, a Muslim women’s rights campaigner wrote a heartfelt letter to girls wishing to join IS, urging them to disregard the propaganda fed to them by IS and its supporters. She writes:

“I have no other intention of writing this letter but to tell you that you are being lied to in the wickedest of ways. Just because your liars are cloaked in religious clothing, speak in a religious language, and claim to be speaking in God’s name does not change the simple fact that you are being lied to through a gross manipulation of the teachings of our faith. You are being lied to first and foremost about your religious duty as a Muslim but also about the reality of life under IS. And the thought of you destroying your life for a pack of lies is what motivates me to write this letter. Because you deserve to know the truth and to live a fulfilled and happy life.”

Blogs such as Aqsa’s (Umm Layth) portray what the lives of women should be, as depicted by IS, claiming that it is a woman’s duty, only to maintain the household and bear children.

“I just want to paint a realistic picture of what is in store for the sisters here. I just ask my beloved sisters to take the sincere advice I will give them into consideration if they fear Allah,” she writes.

“A normal day for a Muhajirah revolves around the same duties as a normal housewife…Your day will revolve around cooking, cleaning, looking after and sometimes even educating the children. Last but not least, as mundane as some of the day to day tasks may get, still you truly value every minute here for the sake of Allah.”

Blogs and tweets offer a romanticised portrayal of the on-going war, ensuring supporters that they will be entering into a community, thus allowing a sense of belonging. 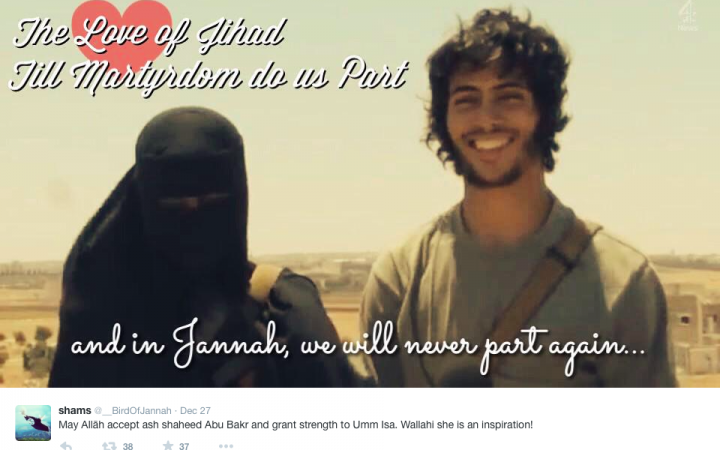 ‘Bird of Jannah’, a Muhajirah (a woman who have travelled to Islamic State) tweeted: “I lived under democracy for 25 years. I came from a family with strong financial support and an educated background. If IS is what media tells you, I would leave this place and go back to my family. Not only me, most of the Muhajireen will do the same. But that’s not the case [when] we found the real meaning of “freedom” in this land. We are free from enslavement, hypocrisy and double standard.”

In a separate post, she says, “They say IS oppresses women. Come here and see the opposite. Women have more rights in many cases. We are given privilege in many scenario[s].”

This type of propaganda has become prominent in luring both men and women into joining IS: “IS claim to be calling for women’s liberation but do not be fooled – this is no liberation,” writes Sara Khan. “Freedom is an essential core of Islam; IS only ever seem to deny it.”

She ends on an enormously heartfelt note, imploring women: “Dear sister, do not destroy your life and your families lives by buying into a lie. You will find many of your fellow Muslim sisters have also rejected the call of IS as they have seen through the poisonous ideology it peddles.”

Featured image via Bird of Jannah