Asher Svidensky: Chasing the tales of traditions past

Travelling across the unchartered and secluded areas of the world, freelance documentary photographer Asher Svidensky pursues the myths and murmurs of stories to bring them to life.

Gaining recognition quickly for his projects such as The Eagle Hunters of Mongolia and The Yin-Bou Fishermen, Asher has delivered a TED talk on storytelling and had his work published in National Geographic magazine and a number of national newspapers.

Artefact managed to meet Asher while he was briefly in the UK to discuss storytelling and the mystery that is Mongolia.

I was drafted into the Israeli army and stationed as a clerk, when I was 18-years-old. It was the dream job for most people who do it, but I just didn’t like it. So I changed my position and for two-and-a-half years, I was a military photographer, and it was amazing. I would wake up in the morning with the image and idea of making stories. I had a lot of spare time to work on myself as a photographer and go and see places that I couldn’t have done any other way – like going on choppers, going on treks, going for training. It was fun but I had to shave, which was horrible.

You travel a lot for your projects and work on top of that – how do you feel about moving around constantly? Do you miss the sense of routine and stability?

I personally love it and wouldn’t do anything else. My dad used to do this kind of thing; he was an actor and performed all over. But I’ve always wanted to do documentary photography and travel. It has its downsides – it’s not as glamorous as people think – but I wouldn’t trade it for anything else. Especially at my age though, I don’t want to see myself sitting in the same place, doing the 9-to-5 job and thinking about what I could have done. I’m trying it and there are a lot of struggles with it, but those don’t matter. 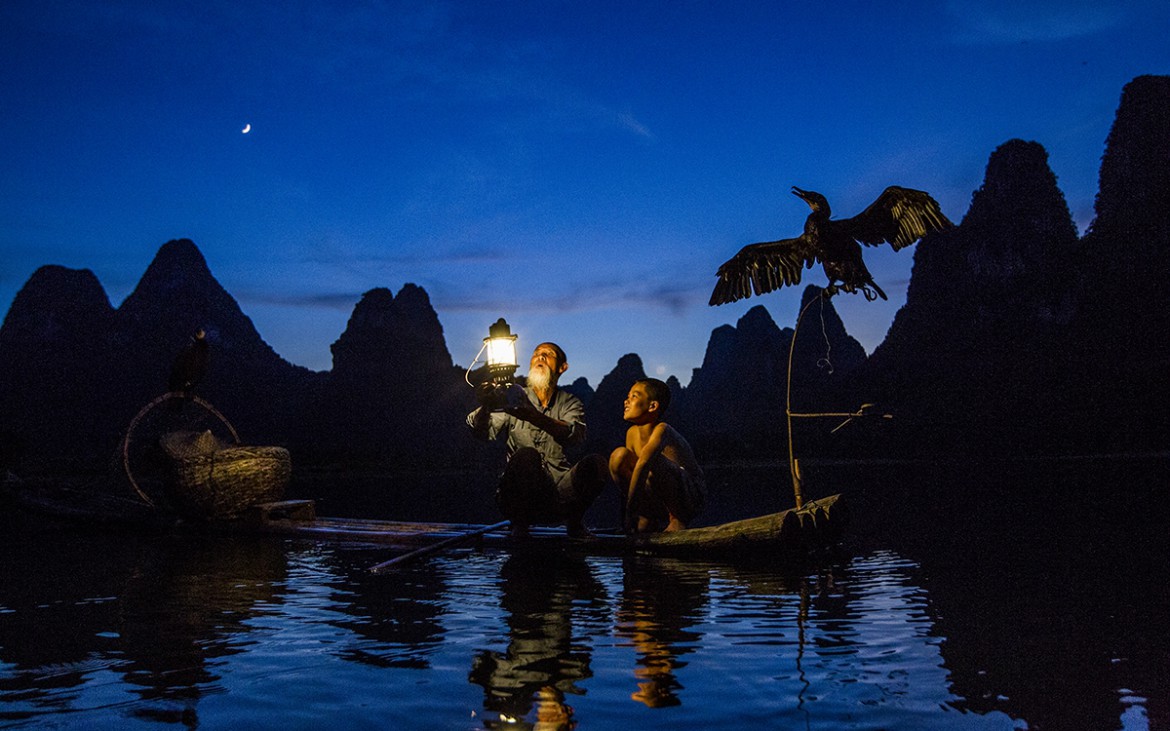 ‘Yin-Bou’ fishing is a 16th century art form where cormorant birds are used to fish.

When did you give up military photography and embark on this storytelling adventure and travelling, and why?

After the army I was doing a lot of shitty commissioned jobs. One day I just lost it, took a bag, a few shirts and a camera and bought a one-way ticket to Asia. Initially I planned to stay around a year in Asia, and create a portfolio and see if I could do documentary photography or photography that wasn’t the boring work I had done before. That year became four months when I started working on my first project, the eagle hunters of Mongolia.

Once I finished that I went back home, tried to sell it for a few weeks and no one was interested. I was around a week away from selling my camera gear when someone picked it up on a photography website. In about 24 hours, I was signed to a photography project in the UK and after that things exploded. I’m still surprised by it all, and ever since I have been moving, whether that is coming to the UK for work or meetings and lectures. I don’t know if it will keep going or stop but at the moment I am doing my very best to make sure it doesn’t stop.

It’s never spontaneous, every project I’ve done so far I had heard of in a different place. The Yin-Bou fishermen story for example, when I came back from the Mongolia trip, I came back through China and at the time I didn’t really like China. It wasn’t for me, I was into the myth that is Mongolia, the country that has more whispers than stories. Then you go to China, which is completely different, you come from a country with less than three million people, to a city with 20 million people. That is a massive difference.

Anyway, on the way back, I forgot to change the Chinese money back to (US) Dollars. On the flight back, I had a chance to look at the money and on one side you have a portrait of Mao Zedong. But on the other side, there are beautiful paintings of China. I then found out that they have a culture of Yin-bou fishermen, and started reading more about them and decided to just go for it one day. I had a job to do in Macau and instead of going back, I took a bus all the way to Guelin. It was about 12 hours to Guelin, and then another four to the village. 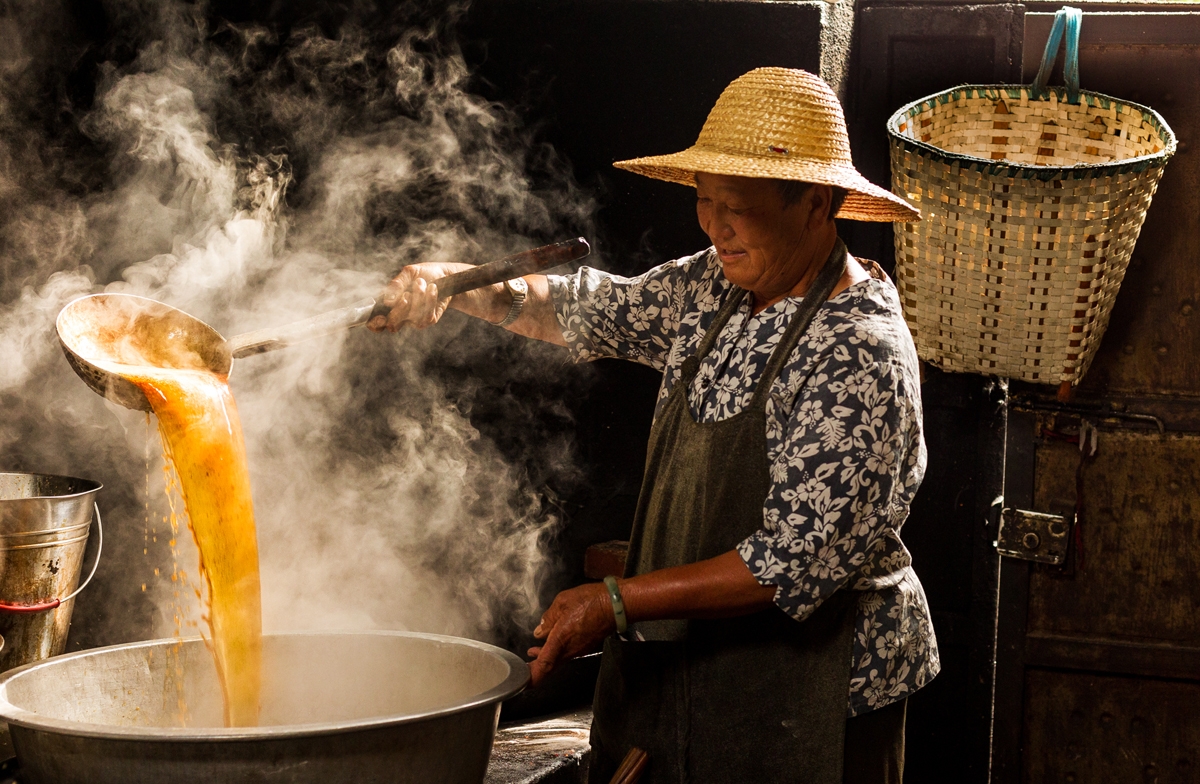 “Some of the ideas for the projects come from beyond me. Such as the driver, the translator, the ranger in the park or the lady that sells you noodles.”

You photograph small cultural groups – how do they let you so intimately into their lives?

I sit down and show them the projects I have done before and the different places I’ve seen. In China, they loved hearing stories about the military service or the UK– whereas in the UK, they like to hear stories of Mongolian people. It becomes a 50/50 kind of collaboration, while I do what I want to do, I let them put themselves into it.

It’s not me coming to them and forcing them to do something, most of my favourite shots wouldn’t have been possible if they weren’t working with me. Some of the ideas come from beyond me; the driver, the translator, the ranger in the park or the lady that sells you noodles. When working together it takes away the question of, “Will this be okay with them?”. If we weren’t all working together it wouldn’t be the same project to me.

Why did you choose to travel and photograph Mongolia? What’s been your attraction to northern Asia?

One thing I’m really interested in is the traditions of past generations. I like the fact that those cultures – thousands of years old – still exist. They pass on, from father to son, from mother to daughter and so on. I think one of the reasons I like this is because I have a very strong connection with my Dad and all the stuff I do today is because of him. Everything I have done so far – not just photography – but everything I have been interested in since I was a kid are these windows into the past, to see things that were there 600 years ago.

I would love to see England in the 16th century. That would be amazing. Or see Asia, especially the Mongolian part, in the 14th century. When you go to the eagle hunters and there is no road and no electricity and it is just how it was all those years ago. You see the eagle hunter, the traditional clothes that were worn by their ancestors using the same techniques, the same style of art and for a second there, you see Mongolia in the eighth century, just for a little bit before someone’s phone rings. Those little moments are the reason for what I do right now and is a guideline for what I’m always trying to look for. 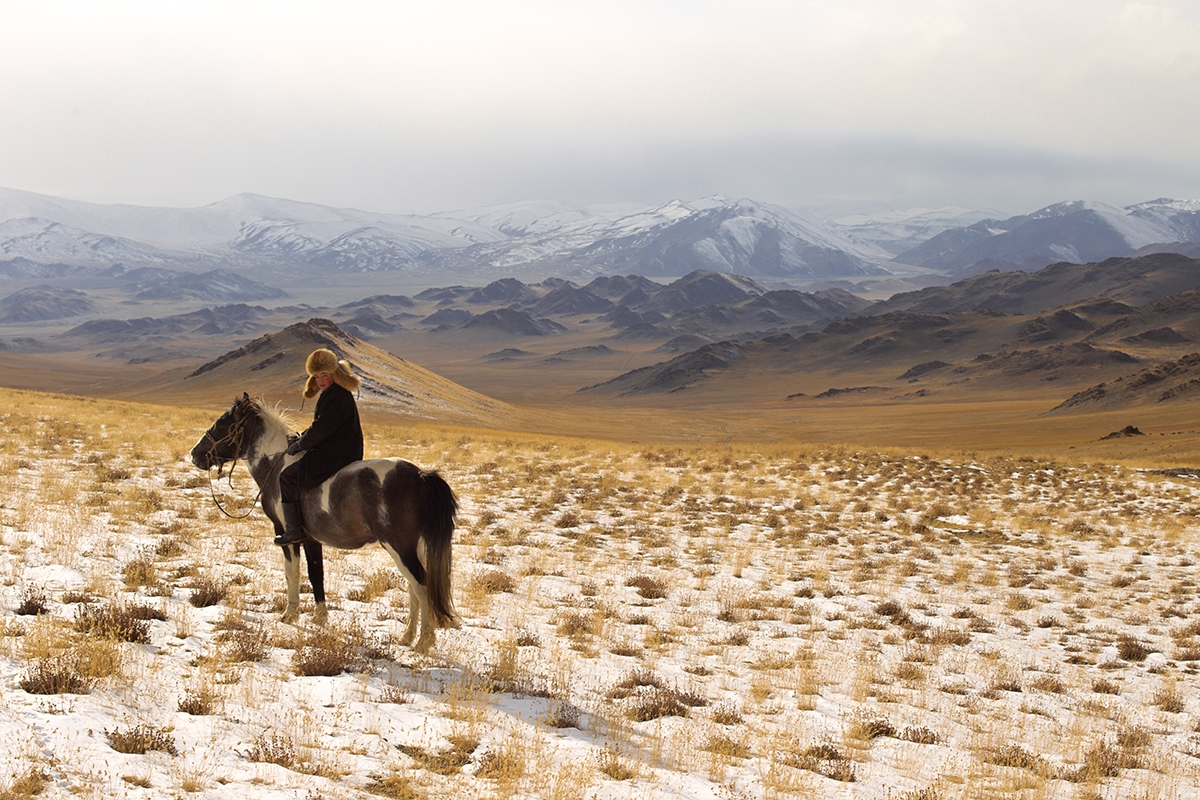 Kazakh eagle hunters lives in west Mongolia. They preserve an old tradition of taming eagles and using them for hunting smaller animals, such as foxes and marmots.

Where are you off to next after you leave the UK?

There’s one idea that came to mind a few days ago. I truly believe that there is a really cool project to be done, like a National Geographic project in the UK on the tribes of the Englishmen – it could be such a photogenic project. I haven’t travelled that much in England, but I have heard enough and seen enough to visualise these portraits and combination of cultures that exist here.

There is this beautiful coffee shop I saw in Devon, just along the seashore. I think a portrait of someone sitting down there drinking tea and reading a newspaper on a rainy day can be just as cool and just as photographic as somebody in South China sitting on a mountain or in the forest eating dim sum. It is almost the same thing, but people here are used to that so they overlook it. I’ve been to Devon, I’ve been to Sudbury and so many places look like someone painted them from a legend.

Do you have any advice for people wanting to go into documentary photography?

Just realise that the role is outside the door. I will relay the two best pieces of advice I received. The first one came from my dad. When I told him I wanted to go to Mongolia he sat down with me for an hour and told me I’m an idiot, that there’s nothing in Mongolia and I’m wasting my time. At the end of it though he said: “if I was your age, I would flip everybody off and just go for it.”

The second came from a friend, I didn’t know what to do after I finished the eagle hunters project. I was at the point where I needed to do more and they said if I don’t gamble on myself, then who would. It’s true, you have to trust yourself and go for it, otherwise no one else will. If you want to do documentary photography, get on the next flight or get on the next bus. Don’t wait for the angel in the sky to come down and say: “hey this is your itinerary”. You need to get lost, and you either find yourself or you keep looking. Plus you should grow a beard, it’s a must.

By Yi Chen
1 Mins read
We talk to an influencer who has more than 63,000 instagram followers about her experiences and how fear of missing out affects her life.
News