UKIP and the Greens: The rise of fringe parties 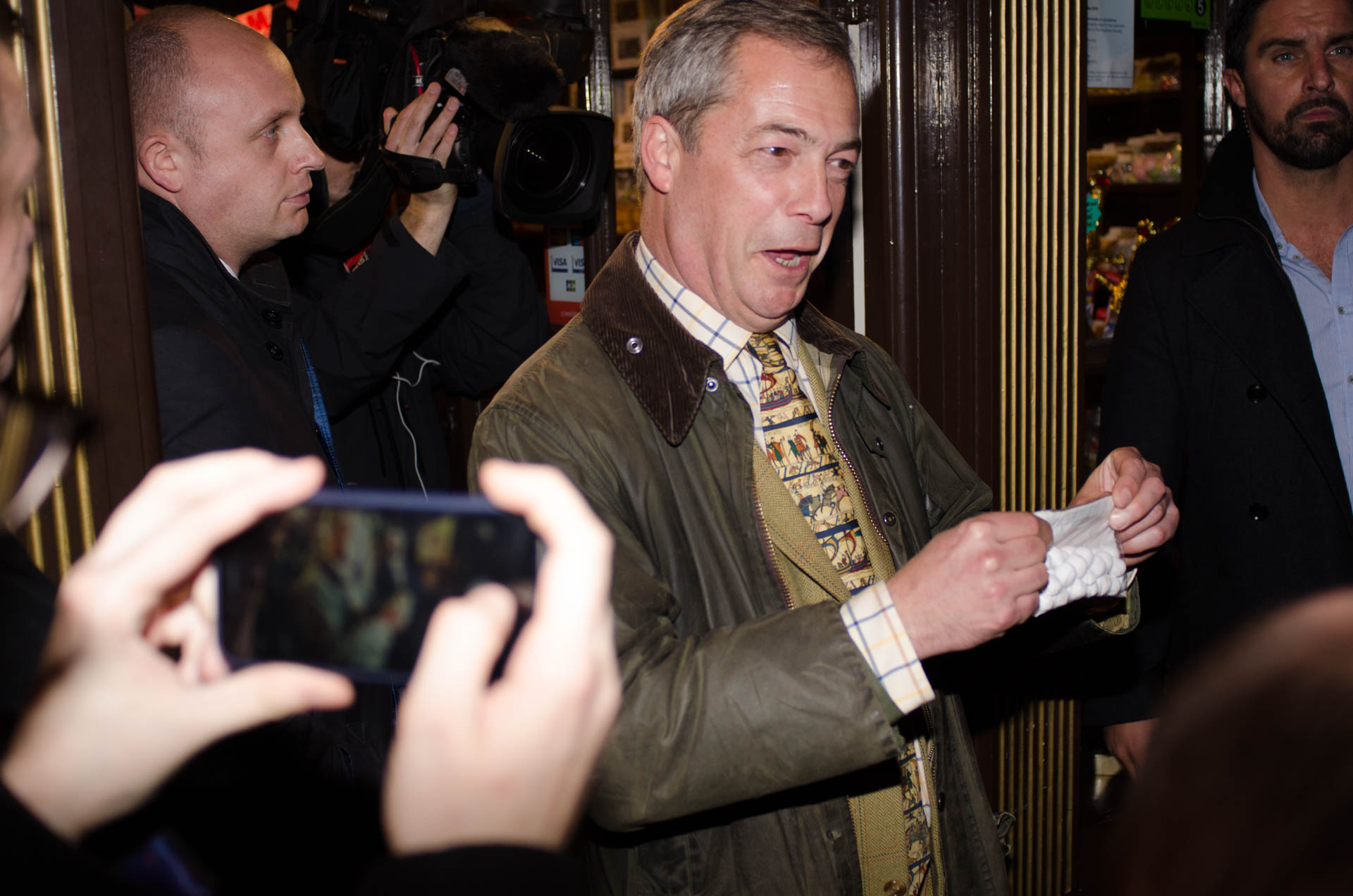 With UKIP’s second by-election win in Rochester and Strood last year, they took the constituency which traditionally voted Conservative. Could we see the big three lose more seats to fringe parties as May’s General Election approaches?

20 November 2014 saw UKIP win another seat, after Mark Reckless defected to UKIP from the Conservatives in what was claimed to be one of the most important by-elections of the last 30 years. Similarly, in Clacton, Essex, we witnessed Douglas Carswell become the first UKIP representative in the House of Commons.

I travelled to Rochester to talk to campaigners and the public. On the high street there were dozens of people with UKIP rosettes and beige-tartan suits, showing confidence in their party. I went inside UKIP’s Rochester HQ to get an idea of how the campaigning was going, and was surprised to see the variety of age groups  supporting the party.

I spoke to UKIP campaigner and supporter Anne Murray, from the North East of Scotland, and asked her if she thought the party would win: “Yeah, oh yeah! It’s in the bag!”. Anne spoke of the by-election triumph in Manchester last year – where UKIP came second to Labour: “It’s wonderful seeing the party getting more support, people leaving behind Labour and the Tories, people are realising that we’re getting it right”. The confidence in UKIP’s influence on the UK extended to Scotland too. “The general election is our moment to shine, we’ll have seats popping up everywhere!”

Next stop was the Conservative HQ in Rochester, where I spoke to the Press Office, who gave me a rundown of their policies and their plan of action against UKIP. With immigration being the popular issue of the by-election and one of the main reasons UKIP has gained support, the spokesperson commented that Conservative candidate Kelly Tolhurst will introduce a potentially controversial policy “where migrants that come to the Medway will have to wait 5 years in order to acquire social housing”. They also commented on the state of the local NHS-run hospital, which has been placed in ‘special measures’ and job creation around Rochester and Strood, where they stated that “this is where UKIP’s weaknesses show”.

The Green Party are also receiving a lot of attention, with a huge rise in new memberships, overtaking UKIP. Clive Gregory, a Green Party candidate for the by-election, spoke of his party’s growth: “Our membership has doubled since the independence referendum in Scotland. UKIP are attracting the wrong people, luring voters in based on their emotional prejudice.” Gregory commented on how UKIP place the blame on immigrants.

Green’s candidate Gregory believes in a push for reform of the entire financial system, with “no commercial banks controlling the quantitative money – the main parties are all corporate and lobbyists, even UKIP.”

My final stop was Labour HQ which was empty, but I was able to speak to someone in the press office; they were very passionate about the current condition of the Medway hospital and the NHS in general; commenting on a workers’ pay rise, with the party wanting to raise the minimum wage to eight pounds an hour.

Local residents around Rochester and Strood expressed concerns about the level of immigration in the town. People have spotted “beggars” which has “made the community lose its temper” according to one, who wished to remain anonymous. There were many sharing the same views in these UKIP-supporting locations.

A rise of support in smaller, fringe parties is evident throughput the country with a rise of support for very contrasting and conflicting parties Greens and UKIP. With UKIP leading the way, the three largest parties have only got four months to prove themselves to be worthy of our support.