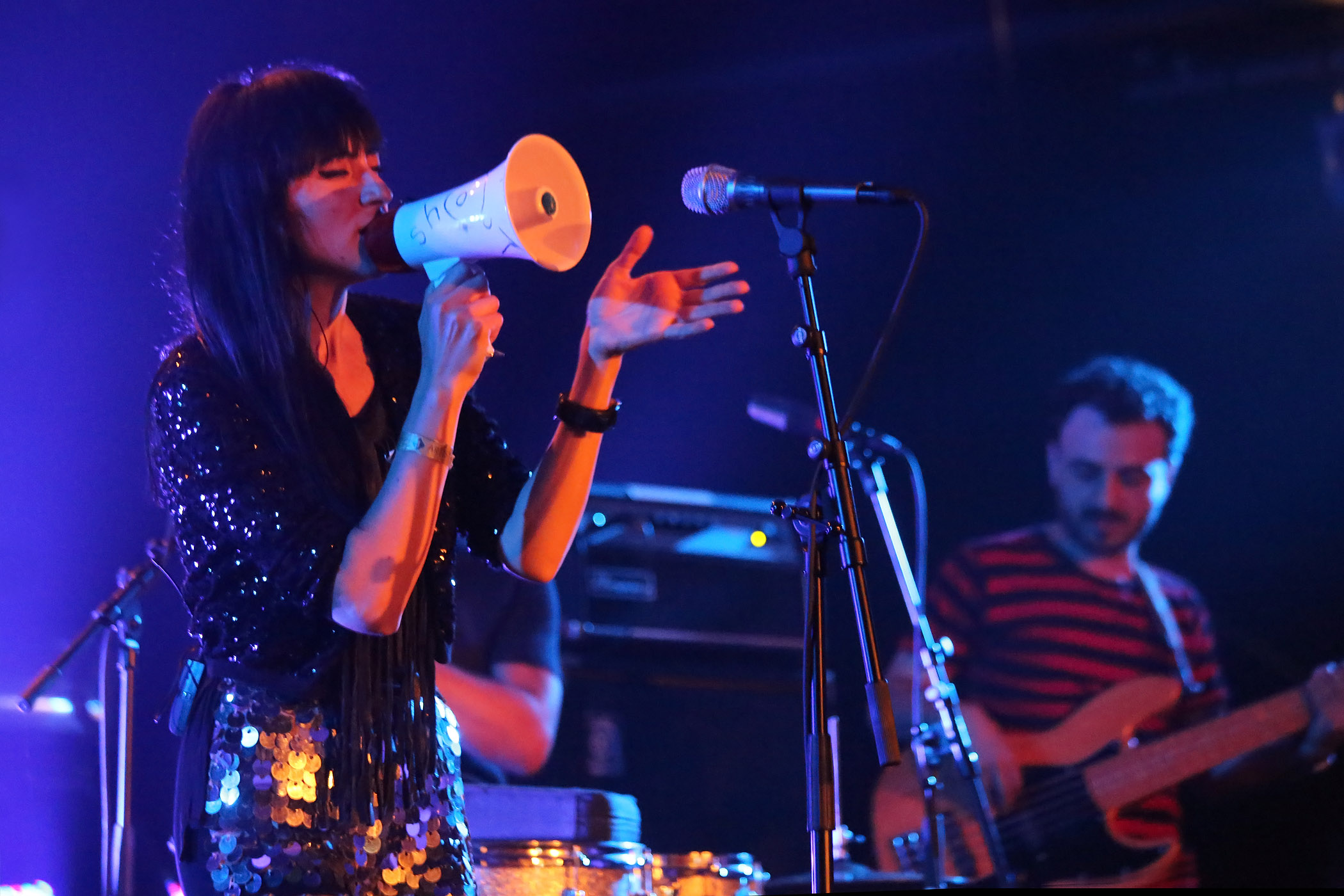 Tea, breakfast and my laptop on the kitchen counter– from the moment I open my eyes, I feel like I need to listen to some music to get me ready for the day.

This is the part where my mind goes blank and I run out of ideas and just end up typing random words like ‘breakfast music’ into a search engine. Funnily enough, this is how I came across one of my favourite bands: Moonlight Breakfast.

You could say it was “love at first song.” I had no idea where they were from, and listening to the vocals I could  have sworn the female singer was English. Much to my surprise, they were all born and bred in my homeland, Romania, which made me ten times more excited to find out more about them.

The band consists of: Bazooka, the producer who also plays drums and clarinet, his wife Christie on vocals and sampler, Adita, who plays keys, guitar and sampler, and Printzu on bass and electric guitar.

Their most popular song is called ‘No More’ and it could easily get stuck on your repeat button. ‘Shout,’ their album’s title track, and ‘Hello’ are two songs which seem fairly similar, but the band’s signature sound is clear nonetheless.

Two songs more songs which really work are ‘Hard Times,’ and ‘Play.’ In the first, Christie sings some very inspirational and uplifting lyrics, whilst ‘Play’ has a more ecstatic sound topped off with an interesting mix of piano and trumpet.

What is mostly appreciated and recognised about their sound is that it’s non-commercial– their aim is just to make “good music.”

Already well known in Romania, they are also slowly but surely making their presence felt on the international music scene. American blogger Fred Hystere, has described the band as “Bananarama with Billie Holiday-style vocals.”

Their first performance was opening for Jamiroquai in July 2011 in front of 35,000 people. They also supported artists and bands such as Hurts in Vienna, Macy Gray, The Asteroids Galaxy Tour in Bucharest, shared the stage with Parov Stelar in Vienna and last but not least, Selah Sue in Bucharest.

Moonlight Breakfast deliver an engaging mix of old and new elements which complement each other to create a fresh jazzy sound they describe as “taking you through the 40’s with their clarinet and Club Jordan to the 80’s with their synths.”

Find out more at: http://moonlightbreakfast.com