A distant conflict close to home 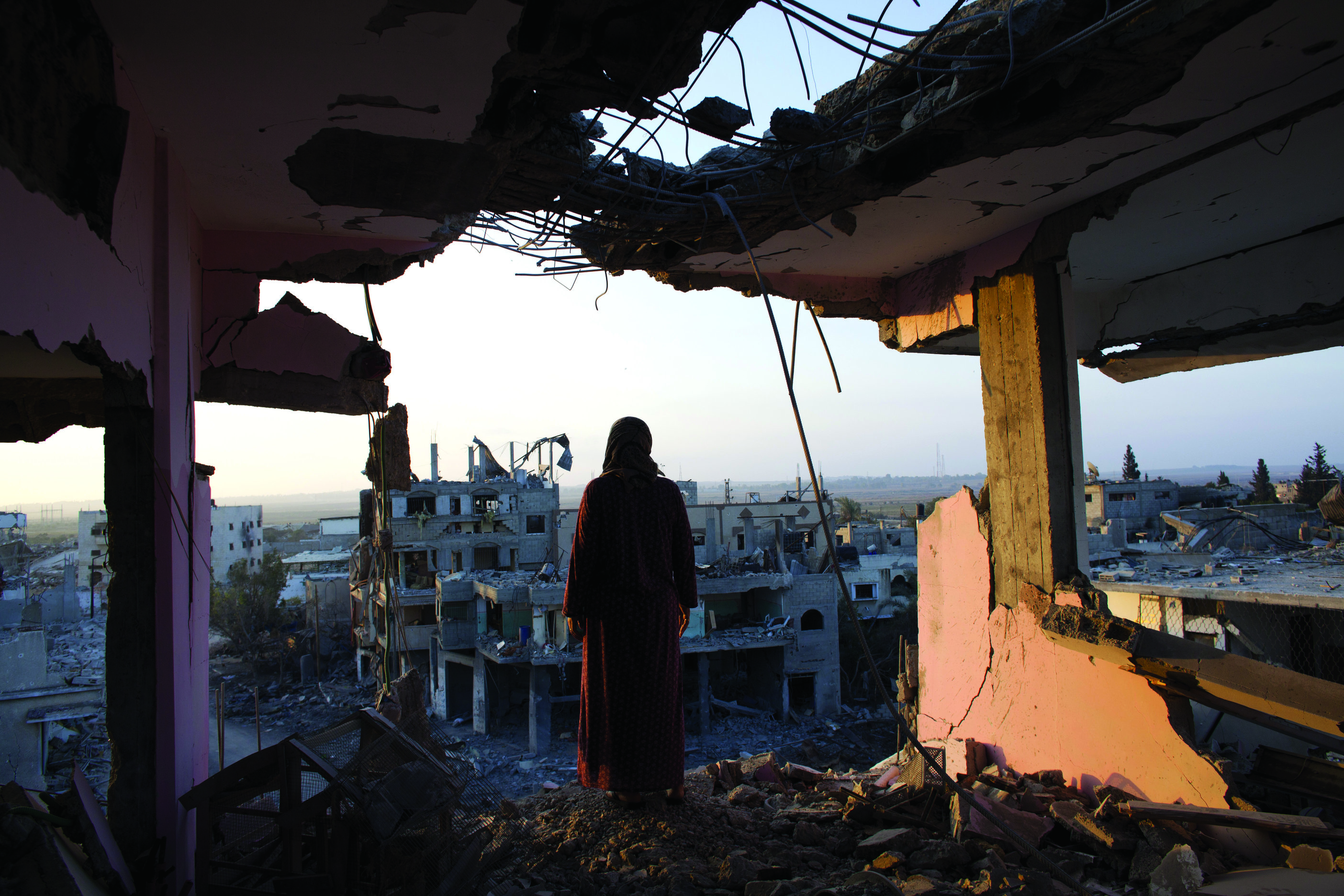 Israel and Palestine. The mention of the two states consumes many in Britain with overwhelming strength of feeling. Though the conflict is played out many thousands of miles away, it has the power to inflame opinions in Britain like few other foreign policy questions.

In August last year, tens of thousands of people took to the streets in cities across Britain and Europe to call for an end to Israeli military action in Gaza. The conflict is frequently debated, often acrimoniously, in British newspapers and online with strong opinions voiced on both sides.

All this in an era when, it is often said, people have little interest in politics and foreign affairs. Why is the long-running, fraught and complex dispute between Israel and the Palestinians the focus of so much attention?

Britain’s involvement in the dispute goes back nearly a century. In 1917 the British foreign secretary Arthur James Balfour sent a letter to Lord Rothschild, a leading figure in Britain’s Jewish community, stating Britain’s support for Jewish people to establish a state in Palestine. The Balfour Declaration is seen by all sides as a key moment in Middle-Eastern history and a precursor to the establishment of the state of Israel.

In 1922, as part of the negotiations over the division of the Ottoman Empire, which had been defeated in the First World War, Britain was granted the Palestinian Mandate – administrative power over the area that was then called Palestine. During this period, many tens of thousands of Jews arrived in Palestine, many escaping persecution in Eastern Europe. Tensions grew between the Jewish settlers and the Arabs, with frequent unrest and rioting.

In the 1930s, the growth of fascism in Europe meant that more Jews fled to Palestine, from countries such as Germany and Poland. In 1936 there began an uprising in Palestine by Arabs opposed to British rule. In 1939, as the Second World War began, Britain proposed an independent Palestine, jointly governed by Arabs and Jews. For their part, the Nazis proposed that Europe’s Jews be shipped to Madagascar.

After the end of the Second World War many thousands of Jews attempted to enter Palestine, though Britain was attempting to restrict migration into the area. Holocaust survivors trying to enter Palestine were held in detention camps in Cyprus.

The horrors of the Holocaust had united world opinion in the view that Israel should have a homeland and in 1947 the United Nations approved a plan to create an independent Arab state and an independent Jewish state in Palestine. The new state of Israel was recognised by the USA and the Soviet Union but the Arab states refused to accept it. So began a conflict that continues to this day.

Israel’s official position is that it seeks a peaceful solution in which the Palestinians have their own autonomous state. Yiftah Curiel, the spokesperson for the Israel Embassy in London, explains: “Our hope is that whether a peace agreement is reached and a Palestinian state is formed in the west bank Gaza and of course part of that agreement will be ensuring that violence will not be happening anymore. That is definitely the aim. Right now it looks a bit far off because we are talking with a Palestinian authority, who has not control over what’s happening in Gaza, which is ruled by Hamas which is a recognised terror group – that does not want any dialogue or any peace with Israel. So there’s lots of things that have to happen before we can reach that agreement unfortunately.”

From Israel’s perspective, the Palestinians are the obstacle to peace, specifically Hamas, which won the last Palestinian election in 2006 and now runs Gaza but is designated a terrorist group by the USA.

Curiel says: “Hamas took power first democratically, but then with force in Gaza, kicking out the other Palestinians factions, and since 2006 has been ruling Gaza. It does not want peace. It is using all of its resources with help from Iran and other countries, basically to amass arms and its fired 12,000 rockets into Israel- since 2006, 4500 just in the past conflict in the last summer.”

From Curiel’s perspective, Israel is a uniquely safe and stable part of the region, especially for journalists “Israel is a relatively, a pretty great place to live when you are covering the Middle East. In the surrounding countries we have seen in the past years it is very chaotic and if in the past, you know it would be dangerous to live in these countries because you might get caught accidentally in the conflict, today journalists are targeted by ISIS and we see what happens to them, so its not surprising, that many journalists prefer to cover the Middle East from Israel, which is a democratic country with a very free and vibrant press, where they pretty much can do as they like, it’s a good thing of course.” 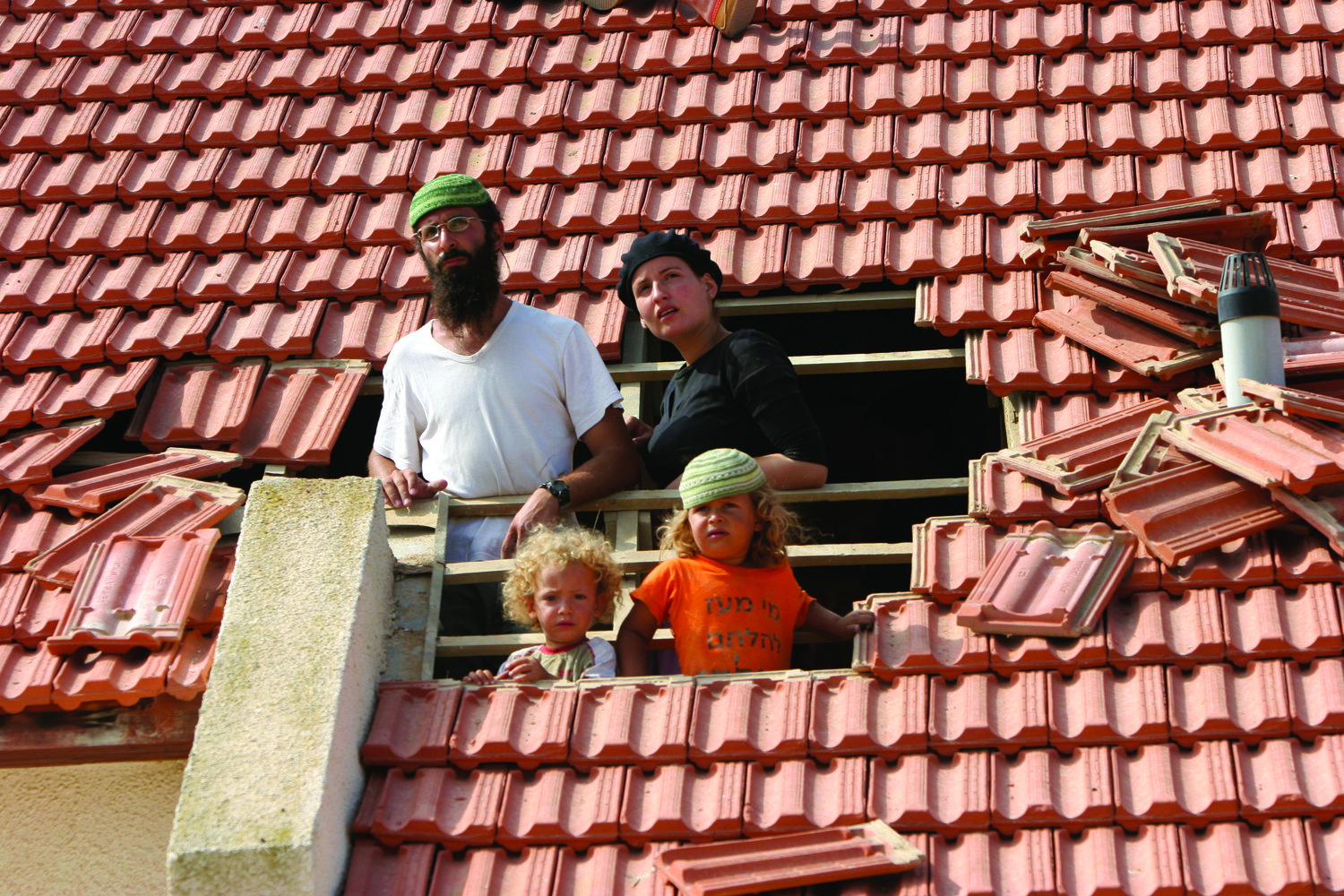 A Jewish settler family trying to resist expulsion from their home barrricade themselves on the roof of their home in the Jewish settlement of Gadid in the Gush Katif bloc August 19,2005. Israeli forces entered the settlement to evacuate it.

Form the other side of the conflict things look very different. The Palestine Solidarity Campaign argues that Israel is the aggressor, citing a recent UN report called ‘Fragmented Lives’, which states that Palestinian civilians continue to be subject to threats to their life, physical safety and liberty and that 2014 witnessed the highest civilian death toll since 1967.

Student and Activist Coordinator at Palestine Solidarity Campaign Rachel Diamond said: “Israel has enjoyed complete impunity for its brutality for some time now. Israel has breached international law, massacred civilians, ethnically cleansed Palestinians and been involved in numerous war crimes. It is the modern day South Africa – Desmond Tutu who was at the forefront of the South African anti-Apartheid movement explained that what the Palestinians go through is far worse than what they suffered in South Africa.”

Diamond believes that the tide of world opinion is turning in favour of the Palestinians: “The Israeli government has managed to convince people that Israel is the victim, Israel is the one under threat, despite having one of the biggest armies in the world and producing some of the world’s most sophisticated and devastating military technology. But people can now see the huge power imbalance, with Israel in charge of a powerful army which brutalises and oppresses the Palestinians, and the Palestinians having a choice between accepting their own oppression and occupation, and resisting their oppressors as best they can: “The simple facts are that Palestinians are an occupied people recognised as such by the UN, and Israel is an occupying power. This structure of power and violence needs to end.” 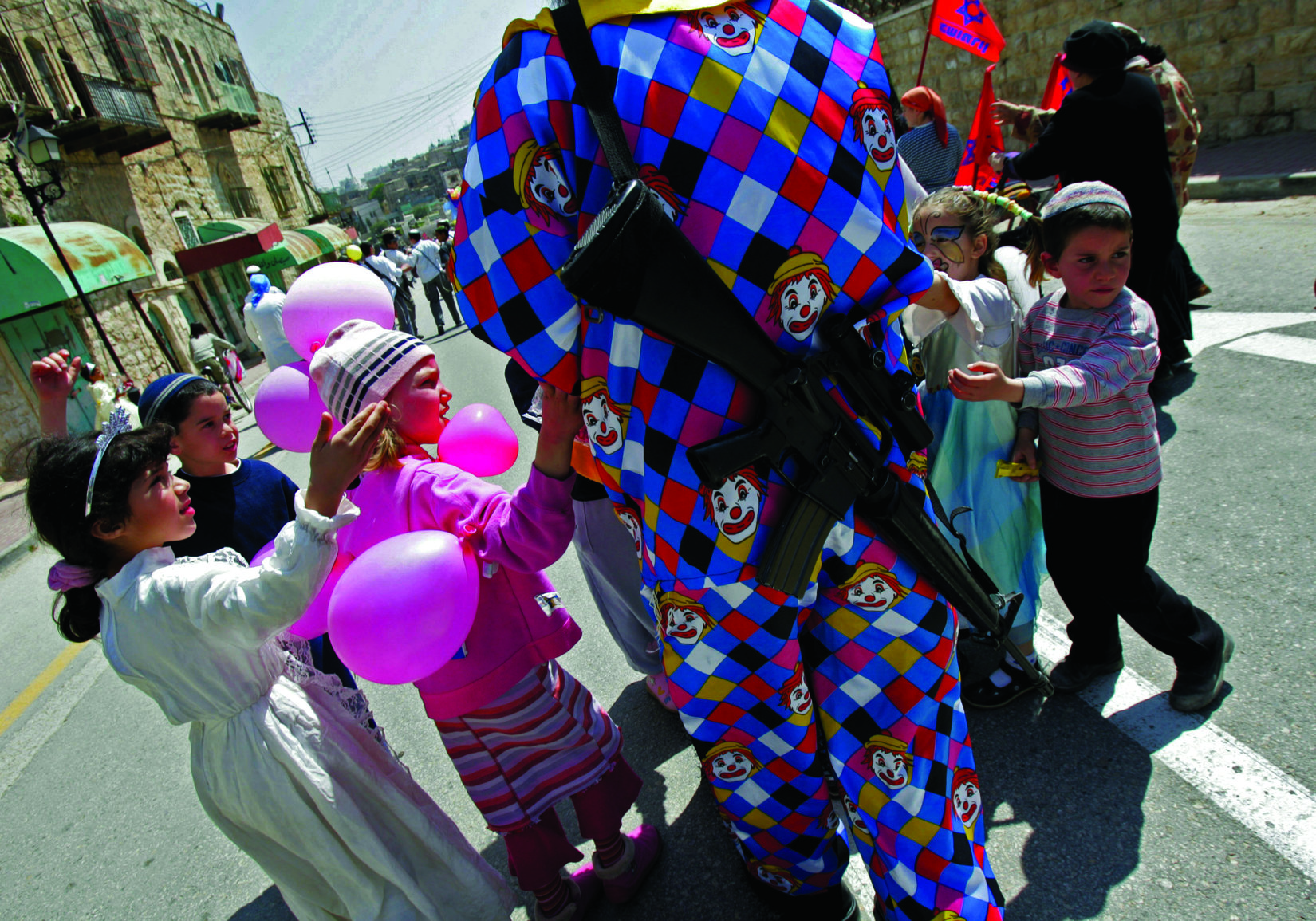 Young Israeli settler children gather around an elder dressed as a clown armed with an M-16 rifile in the divided West Bank city of Hebron during Purim celebrations March 27,2005. Palestinians living in the area of the Jewish settlements in Hebron were places under curfew so that the Jews could carry out their annual Purim parade celebrations.

Nearly a century since the Balfour Declaration, opinions seem as polarised as ever they have been. But why the enduring interest in a conflict which is happening 2000 miles away?

One factor is certainly the UK’s historic involvement in the region, and the part it played in the establishment of Israel. Another is the sense that the West has strong economic interests in the region, especially around oil.

Other factors are the thriving Jewish and Muslim communities in Britain, where views on the issue are strong. The conflict also engages basic issues of fairness and justice. On the one hand, there remains a widespread belief that the Jews are entitled to a sanctuary after the suffering of the Holocaust. On the other, there is a sense that the conflict between Israel and the Palestinians remains deeply unequal and that suffering is greatest among innocent civilians. 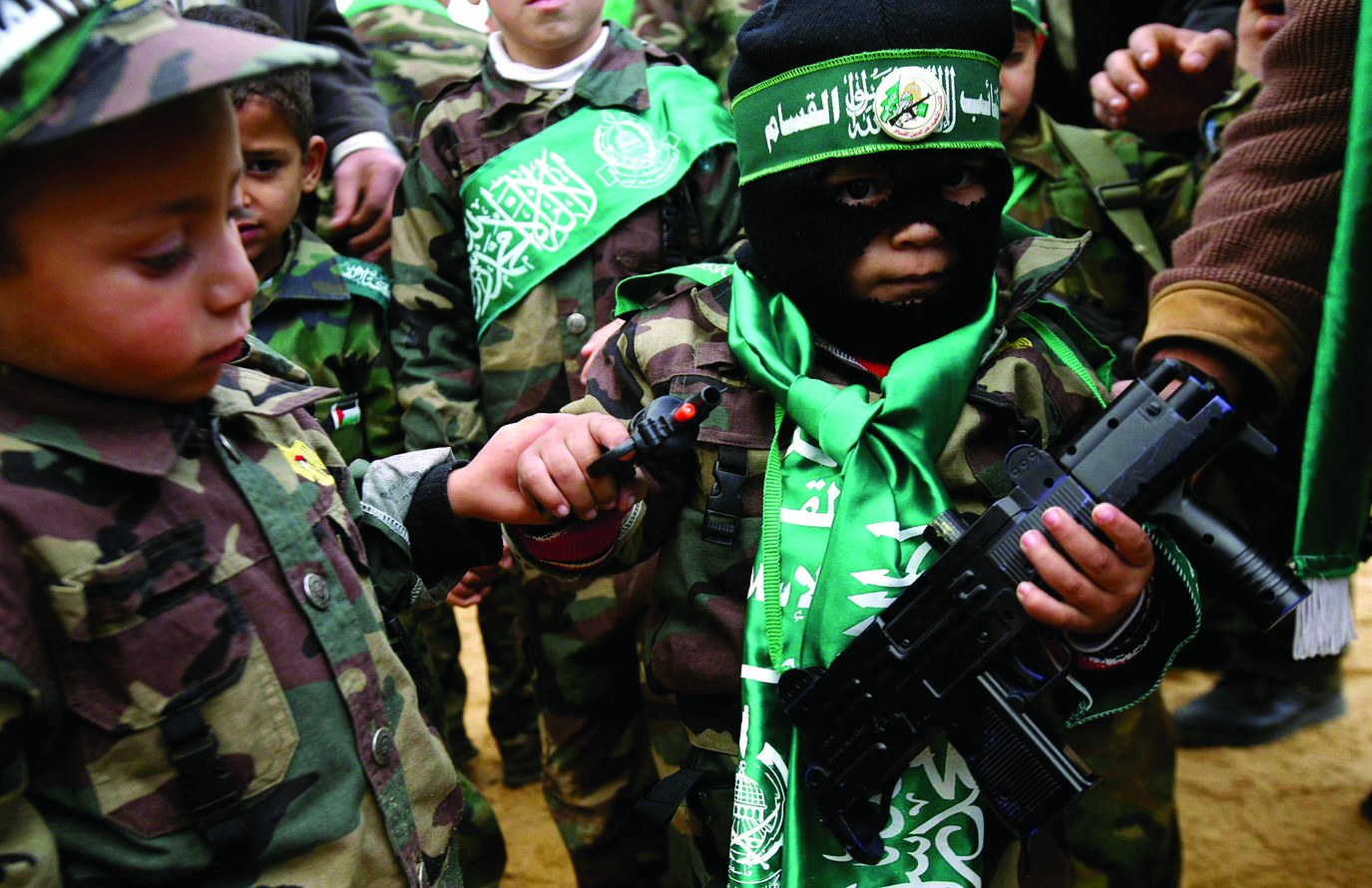 Yiftah Curiel at the Israeli Embassy believes the threat of terror has focussed domestic attention on the region: “The UK was a colonial power, not that long ago, which ruled great parts of the Middle East including Israel and Palestine, and I think it’s become an internal issue in the last few years, because relatively big numbers of Brits have gone out to fight in Syria for I.S.I.S or other groups and are coming back, and there are arrests of people and the terror threat is up and I think that the perception, that what is happening in the Middle East does not stay there , but actually its coming back to Europe. I think in that sense the Middle East is very much on the minds of people here.”

Rachel Diamond of the Palestine Solidarity Campaign says it is her generation’s struggle: “It is the mother of injustices for our time. It is a simple case of supporting a struggle for justice. Pro-Israel supporters often say this is a ‘complex’ or ‘complicated’ situation. It is not. It is a very simple issue of a powerful country backed by other powerful countries colonising an entire people and oppressing them. British people see the simplicity of this and are outraged by this injustice being allowed to continue.” 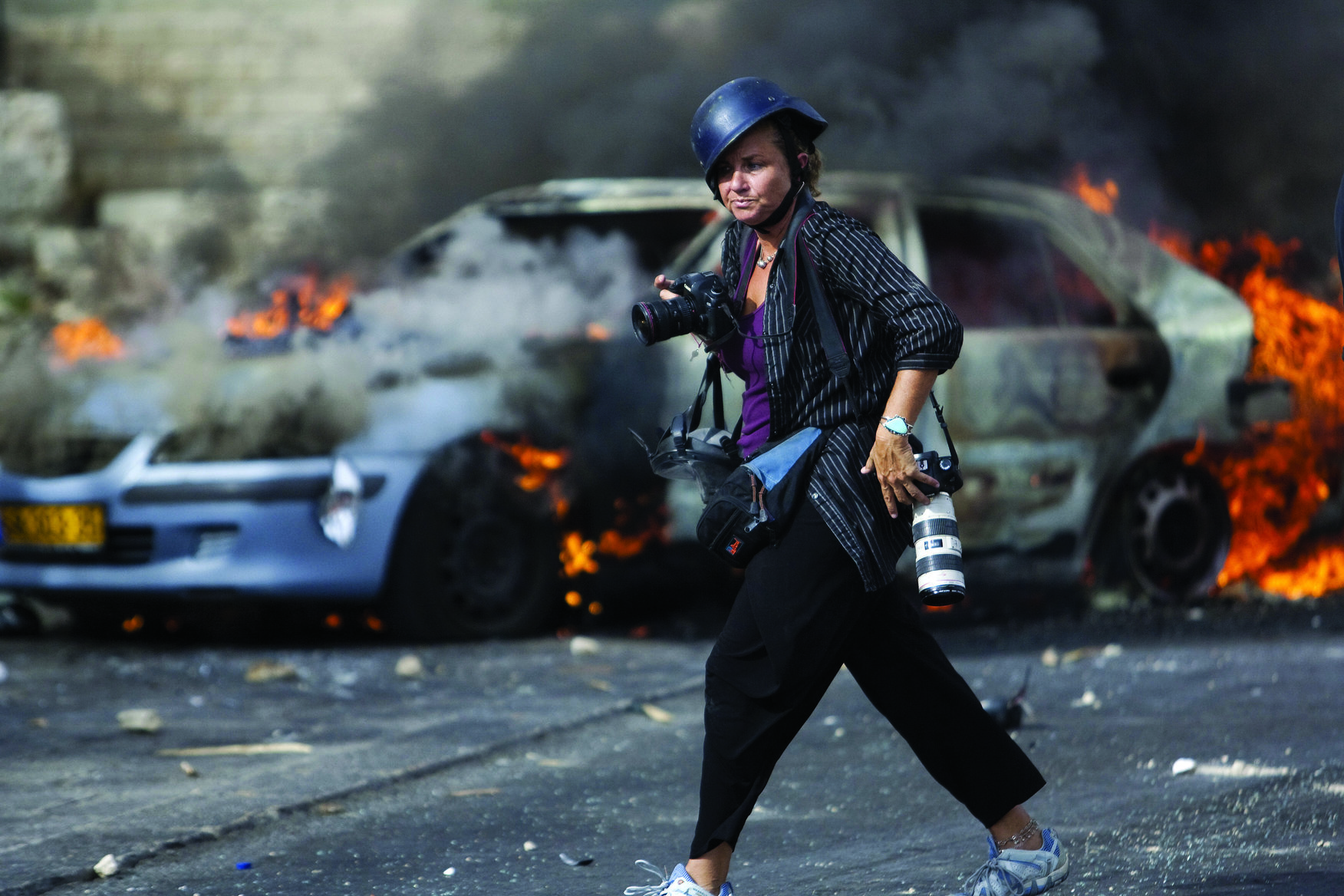 American Photographer Heidi Levine on assignment during clashes in Jerusalem between Palestinians and Israeli forces on September 22,2011. (Photo by Warrick Page).

Heidi Levine (pictured above), whose pictures illustrate this feature, is a Jerusalem-based photojournalist. Her photographs have been published in national newspapers and magazines such as Time magazine, The New York Times and The Guardian.

A graduate of London College of Communication, she has just won the first-ever Courage in Photojournalism Award for her work in Gaza. The award commemorates Anja Niedringhaus, a photojournalist for the Associated Press; Niedringhaus was killed in Afghanistan last year by an Afghan police commander.

During the course of her career, she has covered revolutions across the Middle East, the Israel-Lebanon war and the conflicts in Gaza.

Levine found that emotions are a vital part of creating an essence of humanity in war time.

She says: “When you’re working and taking pictures, you are a human being and although your standing on the other side of the camera, it doesn’t shield you from what your experiencing. I did put down my camera to try and confront a woman that had just lost her family members she was hysterically crying. When I grabbed her and held her she calmed down, I didn’t take away the emotional pain from her but that did manage to calm her.”