This year has been an important one in highlighting the on-going issue of race in society. It may seem surprising to some that race is still an issue today, when the President of the United States of America, himself, is  a man of colour.

The U.S. has seen a surge in protest against what many American citizens see as racism within various state institutions, particularly the police. Last year in Ferguson, Missouri a young black man called Michael Brown was shot dead by a white police officer in case that sparked a national and international debate about racism and brutality in the police and society.

This movement took place on streets in cities across America, and spread around the world. People took to Twitter in protest using #BlackLivesMatter, which was a cause created by three sisters in the U.S. after the 2012 death of Trayvon Martin, an unarmed black teenager, whose white killer was acquitted. The sisters describe Black Lives Matter as “an ideological and political intervention in a world where Black lives are systematically and intentionally targeted for demise.” 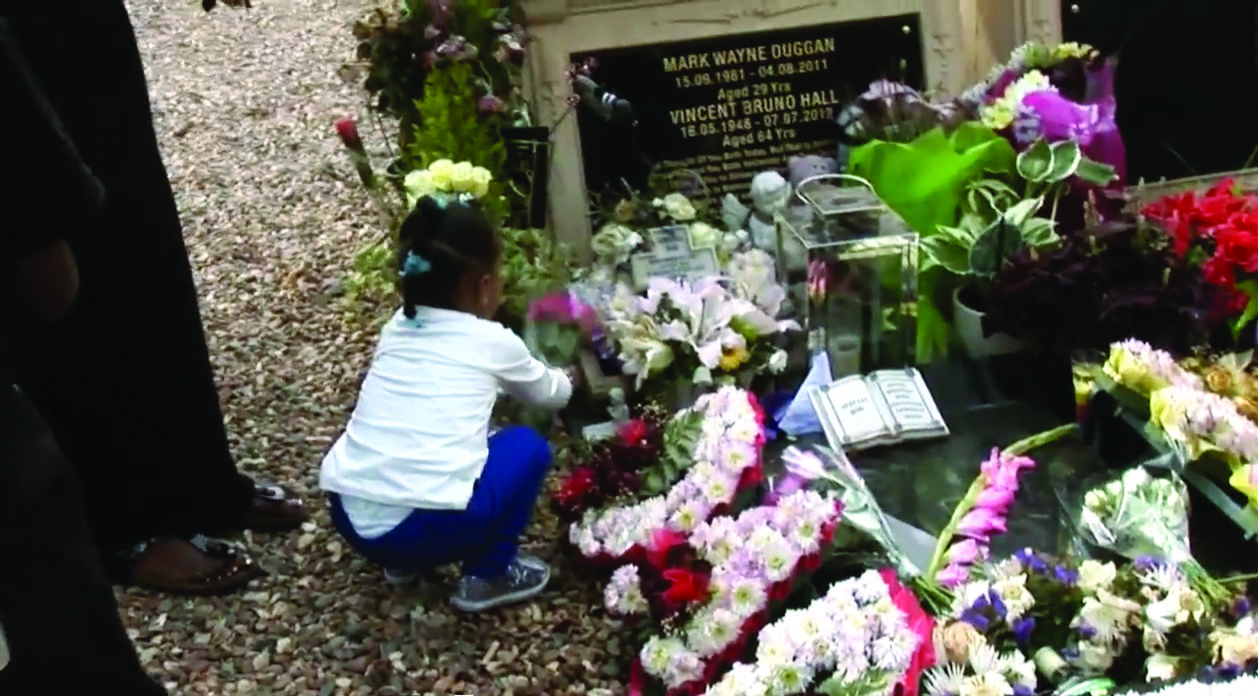 Black Lives Matter has helped to bring to international attention other US cases of people of colour being shot by police, most of whom were not indicted. Victims include 12-year-old Tamir Rice, 43-year-old Eric Garner, 36-year-old Dante Parker, 47-year-old Yvette Smith, and many more.

However, this isn’t merely an American problem. There have been cases in the UK which are seen by many are identical to those in the US. The most high-profile of these is the case of Mark Duggan, who was shot dead by police in Tottenham, North London, during the summer of 2011.

Duggan was a passenger in a minicab that was stopped by the police. He got out of the cab and was fatally shot.

The shooting sparked protests in Tottenham, North London, against what many saw as police misconduct. They began peacefully but quickly turned violent as stores were looted, cars burnt and buildings attacked. It was the start of several days of full-blown riots fuelled by poverty and racial tensions in London, Manchester and other cities.

The case has made it back into the headlines in March 2015 too, as the Police watchdog, the Independent Police Complaints Commission (IPCC), published their report on events surrounding the shooting. The IPCC’s “complex and thorough investigation, which looked at more than 1,200 documents, 500 witness statements and 340 exhibits, found no indication of misconduct for any armed officer involved.”

Speaking to the Guardian, Duggan’s mother said, “the IPCC has found that the police did nothing wrong when they murdered my son. This report is another slap in the face for all the family… IPCC officials came to my house after the shooting. We cooperated with them, they listened to us and they said they would help us. They’ve been working on this report for three an a half years since Mark was shot dead and this is what they have come up with.”

One of the main issues that caused such an outrage with Duggan’s friends and family, and even the wider public, who supported the cause, was the lack of information given to them, and when it was, the misinformation, which was told and later retracted. The media and mainstream press who also spread this misinformation was also a cause of anger with activists who strongly believed in the cause. Many would accuse the media of playing a role in furthering racial stereotypes while reporting cases such as these, which in turn creates an atmosphere of fear and increased racism.

The Hard Stop, a documentary examining the case and its aftermath will be released later this year. Producer Dionne Walker, a graduate of London College of Communication, has worked curating and producing debate series and independent film projects in the industry for over 18 years. She believes that it is up to us as a society to address the issue of race and try to change the misconceptions we are fed.

The Hard Stop features the lives of two of Duggan’s friends as they come to terms with his death, and try to overcome struggles of their own. “I was approached by the director who had met and filmed the two lead characters, Marcus and Kurtis, and after seeing some of the footage I was convinced that this is the film I had to work on next,” Walker explained, “It was important for me to work on this film because this is about getting their voices out there, and because of my personal politics, and of course being a Londoner.”

The film starts with archive footage of the reporting of the scene of the shooting in the day, and the opening scene features Marcus and Kurtis in a car, with Marcus’s powerful opening remarks being, “my views on the police was always hating them…they think they can use their power to intimidate me just because they’ve got that uniform, but I’m not intimidated by the uniform.”

“It wasn’t about showing one-side or painting him as squeaky clean, we were finding a way of reflecting some things out ther that we re not reported by the mainstream media and were not in the public eye.”

However, Walker says: “We are not going about this irresponsibly, we have integrity, and we are merely going to look for the truth and reflect on it.” She continues: “his family and friends accept that he was not an angel but what we are trying to do is tell a story of the family and friends who say this person was a son and a father, the film is trying to do a bigger job in humanising the issue. Even criminals have the right to the justice system and not get shot at in the streets.”

When it comes to drawing similarities between events in Ferguson, Walker argues that there broader issues than simply race at play. She argues that London is an extremely multicultural city, and even in Tottenham, there are a mix of races and ethnicities. However, a major issue to look at here, she says, is that of class and wealth. “I’m not saying that race, the fact he was black, or mixed race, wasn’t a factor, but I would say we have to combine that with where he’s from. Broadwater farm has had a stigma attached for decades, that of poverty and social inequality, and you could say this has led young people into a life of criminality. And run-ins with the police have always been an occurrence, dating back to the riots in 1985 in the same area.”

One important similarity, Walker argues, between the Duggan case and events in the US is the issue of police or state brutality and subsequent cover-ups: “Institutional racism within the police force does exist, just looking at the stats of the number of people stopped and searched, an the numbers in police custody, you would see that there are more black men specifically, and this reflects institutional racism within the police force as well as in state policies.”

The Metropolitan Black Police Association (BPA), the biggest group representing minority officers in the police force, has always spoken of the issue of institutional racism and the need to address the failures of Scotland Yard in making significant improvements in the matter. They recently published a statement on the reports looking into the Stop and Search policy and its effectiveness. They say, “how can it be that in London a situation has been allowed to develop unchecked whereby in some Boroughs… for every 1000 black people in those Boroughs, there will be over 100 stop searched on this community alone? These figures represent more than 1 in 10 of every black person.

There also seems to be an issue here with the input of the government and what many see as their continued ignoring of race-related issues when it comes to the police force.

”What is the government waiting for? There has been more than ample opportunity [for improvement]. However, racial harmony does not feature high enough on the agenda.”

After the Duggan case, however, there have been moves to bring some changes to certain policies that have been ineffective, or introduce measure that will stop the occurrence of such cases. One of the measures introduced is the instalment of body camera on police officers designed to capture evidence at crime scenes, and avoid cases where the police may abuse their authority and misinform the public about certain cases. Other changes include reports on the effectiveness of the Hard Stop policy, and the Stop and Search policy.

Walker says that it is a positive step forward to look at these policies as well as implement new ones to ensure the police carry out their duty to protect and serve the people. However, she, like many others, is still unsure of how effective these moves will really be: “Changing Hard Stop policy, video recording at arrests and Stop and Searches, will it be enough, I don’t know.”

Walker suggests: “I think the government can go further in trying to look at dealing with perceptions of people at the high end of society, the top of the food chain. We’re talking about the lower classes, which include all races and ethnicities; it is an issue of poverty and inequality. It is also about how the media continue to vilify these groups and expand this rhetoric about immigrants and lower classes, and you get a public that believe it.” 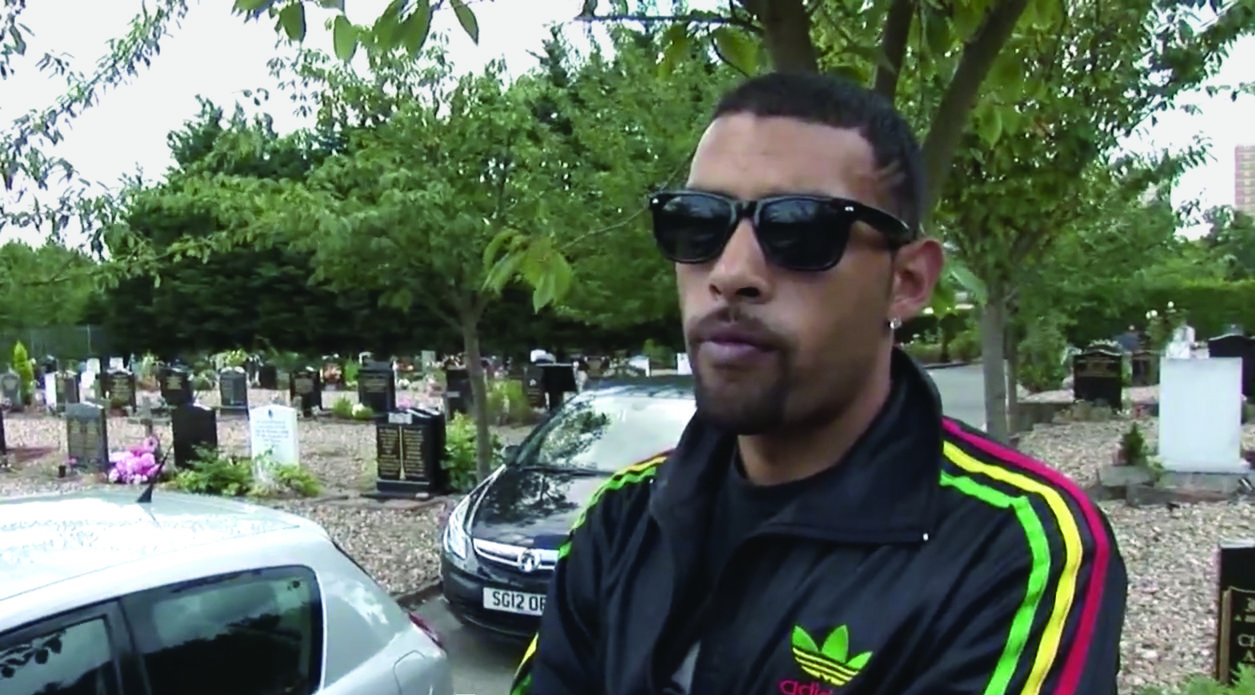 One of Duggan’s friends, who will be featured in The Hard Stop

Many people believe that the issue or race is one that still needs to be addressed in our society, even in this day and age. Racism doesn’t start in the institutions, it begins in homes and in societies that are fed poor rhetoric and led to believe it, and these people then implement it in their jobs, whether they be police officers or government officials.

Walker explains: “I’m not saying that at the point of a police carrying out a stop and search on a black person, they he or she is conscious of the racism, it’s just how it is and the misconceptions spewed within our society. This is why I think our film is important, because we do not set it out as an investigative film, we try to show that, well, they’re humans too, and we are trying to humanise who many in society would see as low life criminals, and show their side of the story that has so far been ignored.”

The Hard Stop, directed by George Amponsah, and produced by Dionne Walker will be released at the end of the year, after three years in the making. The film is supported by Sundance and Bertha Foundation and partly-funded by the British Film Institute.