In 1972, the Netherlands decriminalised the possession of small amounts of marijuana as the country liberalised its approach to drugs and prostitutes. At first, they regretted the decision as it turned the small country in Northern Europe into a global playground for partying and experimenting. The Dutch didn’t like being the only country with a relaxed method to drugs, but over time Switzerland, Germany and Portugal also became more liberal.

There is a growing consensus that a ‘war on drugs’ not only doesn’t work but may actually increase drug use. Yet the issue has barely figured in the election campaign, with no mention in the manifestos of the major parties.

The exception is the Liberal Democrats whose leader Nick Clegg is committed to radical reform of the UK’s drug laws. He has described the war on drugs as ‘an abject failure’; his party’s proposed reforms centre around 50 years of criminalisation of illicit drugs, now the third most valuable industry in the world, after food and oil.

The Liberal Democrats manifesto includes pledges to hand drugs policy from the Home Office to the Department of Health and to investigate cannabis legalisation experiments, like those in certain states of the United States.

Lib Dem minister Norman Baker released a Home Office international study last year showing there was no direct correlation between the severity of a country’s drug laws and the levels of illicit drug use. Conservative home secretary, Theresa May, reportedly held back the findings for three months, Baker criticised the minster for the delay, and ultimately resigned.

Danny Kushlick, Head of External Affairs at Transform Drug Policy Foundation, describes the criminalisation of drugs as a “catastrophic global error’.” He says: “In the sixties the UK, and almost all the other UN member states signed up to treaties that treat these drugs as an existential threat to humanity.  There are now an estimated 240 million users of prohibited drugs worldwide.” 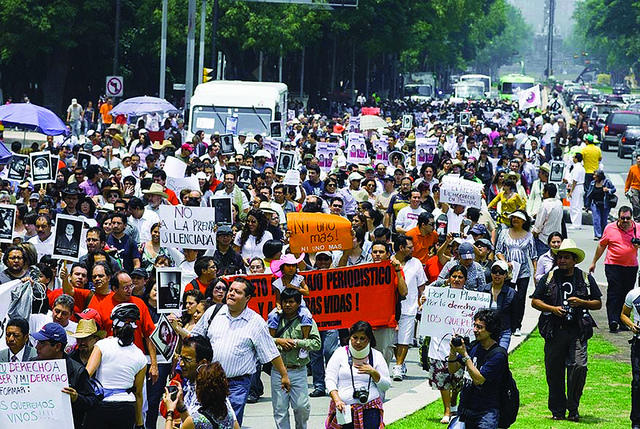 Across the world, the war on drugs costs an estimated $100 billion a year and has created an enormous opportunity for organised crime, which is said to make $320 billion a year from the sale of drugs.  These rich and powerful criminal organisations are a threat to many states, says Kushlick. “More than 100,000 Mexicans have died in turf wars in the last five years alone.  Many states in Africa are now corrupted to their core by narcos.”

Kushlick argues that drugs should be decriminalised and managed as trade, social and health issues.  They should be legally accessible to those who want to use them, under the control of governments through doctors, pharmacists and licensed retailers, he says.

Kushlick divides drug users into two groups: those who use them to feel good, the vast majority, and a minority who use to stop feeling bad.  The former group needs good information, quality control, and harm reduction measures that allow them to use drugs as healthily and happily as they can.  The latter group also needs treatment to reduce or stop their drug use if they want to.

He says: “As a society we need to deal with the social and cultural distress that breeds so much problematic use in the first instance.  Neither group needs or benefits from being criminalised.  In fact criminalising them serves only to compound problems they have already and creates an array of new ones.”

Niamh Eastwood, executive director of drugs charity Release, says more people are going to court for drug possession than ever before, with an estimated 70-80,000 people are criminalised every year, over half for marijuana. She says international prohibition fuels criminal networks, which undermines security, and fuels violence in countries such as Colombia, Mexico, Belize and parts of West Africa.

She offers an alternative approach calling for the decriminalisation of drug possession. Portugal adopted this method in 2001 after decades of drug problems, especially with heroin. It led to a decrease in use amongst vulnerable groups including problematic users and young people, a 40% fall in injecting drugs users, significant reduction in transmission of HIV and tuberculosis, a drop of drug-related deaths and improved relationship between the community and police.

Eastwood says that the threat of penalties to drug users seems to no deterrent effect. “In countries like the US, there’s a significant risk of imprisonment, and life imprisonment if you have three consecutive offences. But they have even higher numbers of drug users than we have.”

[pullquote align=”right”]Politicians attempt to appeal the lowest common denominator by posturing with tough policies and calling for crackdown after crackdown.” – David Cameron[/pullquote]The criminalisation of drugs has created an explosion of the criminal underworld similar to the prohibition of alcohol from 1920 to 1933 in the United States. In 2005, ambitious MP named David Cameron called for “fresh thinking and a new approach” to options for supporting and treating rather than punishing people with addictions.

After becoming Tory leader, he came back on his words and said he wanted to send a message that taking drugs is not okay. Successive Conservative and Labour governments have refused to compromise on a tough stance on drugs, with legal penalties for sale and possession. Decriminalisation has not been on the agenda.

Danny Kushlick of Transform, believes British policy will eventually change: “Thankfully evidence is replacing drug war populism and governments the world over are decriminalising drugs, as in the Netherlands and Portugal, or legally regulating them, as is happening with cannabis in numerous states in America.” Unfortunately, the UK has historically followed US federal policy, which is still very prohibition focused.

“The UK is therefore unlikely to be an early adopter of reform, but will eventually follow the global norm, which is for governments to regulate adult risk taking behaviour. We would expect this to happen in the next five to ten years, primarily because governments run markets more peacefully than transnational organised crime groups.”