To Vote or Not to Vote? 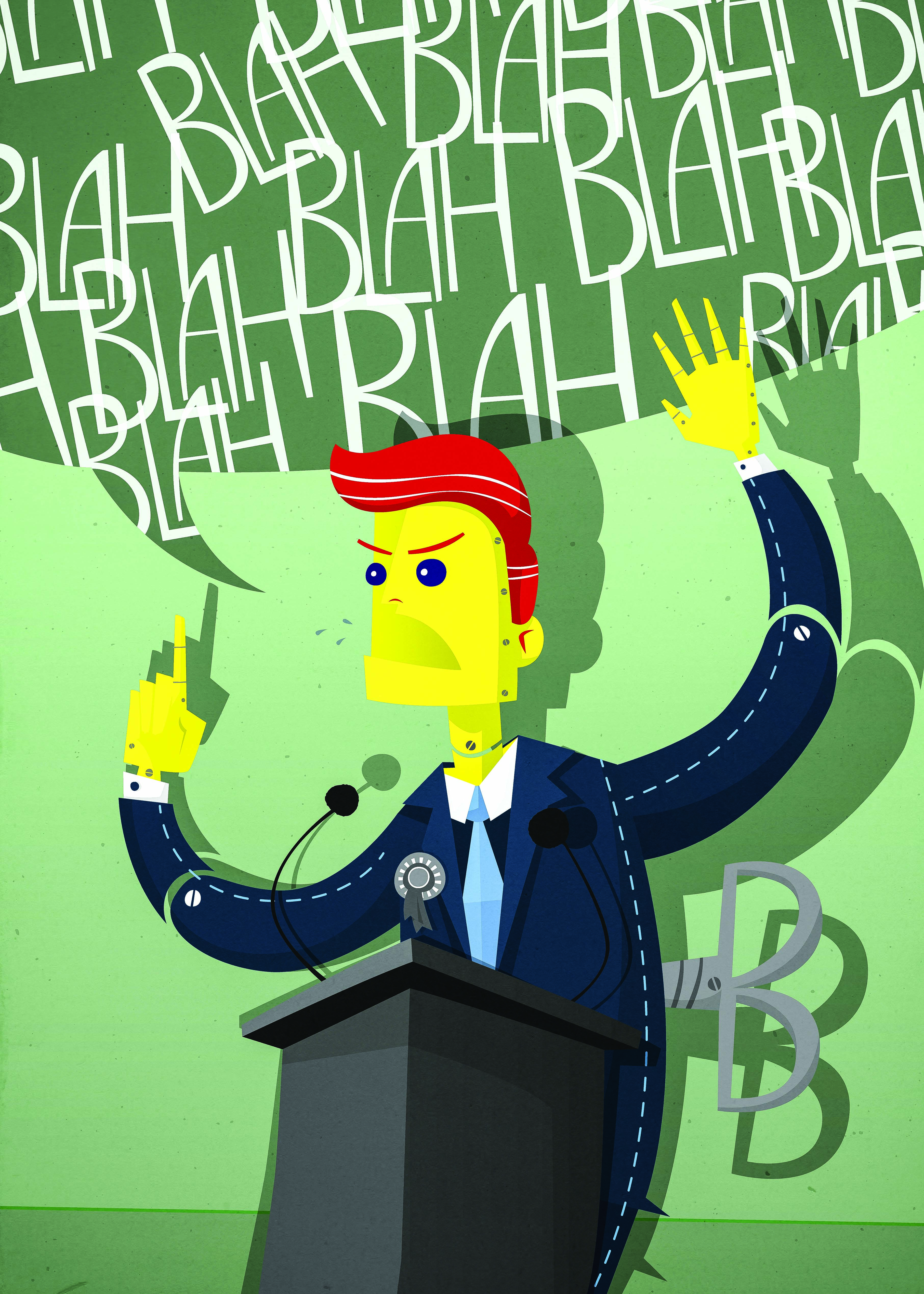 It is a much-discussed feature of elections that young people are far less likely to vote than their older counterparts. Yet this is a recent phenomenon in this country.

The proportion of voters in all age groups has dropped since then but participation among the young has fallen far more sharply. At the last general election, only half of the 18-24 year-old voters turned out on polling day compared with 74.7 per cent of the over 65s.

Various suggestions have been made as to why so few young people vote – apathy, a sense that politicians are out of touch are the most common. The issue is attracting growing attention among political experts, who warn that the low electoral turn-outs may come to threaten democratic legitimacy. They also point out that if the young do not vote, politicians are less likely to represent their interests, catering instead to the needs of electorally active groups of older voters.

So what can be done to bring back young voters to the ballot box?

Rick Edwards is not a politician or a political expert. He is simply a television presenter who knows young people enough to believe that he can persuade them to vote at the Election.

You might have seen Edwards on television shows such as Made in Chelsea or Tool Academy of Channel 4 or E4 but recently he has been working with BBC Three on a much more serious television program.

Free Speech hosted by Edwards and Tina Daheley, has been described as the young version of Question Time. It features live debates and discussions between young people and politicians. Its aim is to make politics accessible and interesting to a younger audience.

He has also written a book None of the Above, which sets out to show young people that politics matters and to persuade them to vote on May 7th. He has been working with Bite the Ballot, a neutral movement, which empowers young people take part in the democratic process.

“They say they can’t tell the difference between the parties, again that’s not apathetic, it’s related to access to information, I suppose.”

Edwards graduated from Cambridge University with a degree in Natural Science. While his friends were talking about politics at uni, Edwards often used to stay away from the discussions as he didn’t know much about politics and he still remembers how that feels. He’s tried to translate that feeling his book, to make it accessible for young people who don’t know anything about British politics rather than a book written by an expert.

From his degree to television presenting on E4, what drew him into politics and youth matters is Free Speech.  Edwards highlights his experience hosting Free Speech, and describes the young audience as ‘terrific.’ He emphasizes the fact that the audience is not passive, they are engaged, passionate and they care about t.

The 35 year-old is clear regarding the reasons why young people don’t vote. He has been working with young people long enough to know and understand why their participation has gone down. And he argues passionately that apathy is not the explanation.

“Less than 1 out of 5 of these people who haven’t voted, say it’s because they are not interested in politics. The others say things like, they don’t think any of the party represent them. That’s not apathetic; they say that they don’t have enough information to make a decision, again that’s not apathetic.”

It’s for this last reason that Edwards wrote his book, after talking to a lot of young people who said that they suffer from a lack of information and feel confused when it comes to get information about politics. None of the Above is a guide to politics telling people what the different parties stand for and what they do, which hopefully allows people to know who they want to vote for.

Page One. You have to register to vote. Today is the last day. CHOP CHOP #theNOTAbook

So his point is that the vast majority of young people are not apathetic when it comes to politics. In his view, Internet and social media has the potential to revolutionize the way politics is structured. He adds that we now live in a time where we can easily find out what a thousand people think but that politicians are not engaging enough with an Internet community in which people can start online petitions that can gather hundreds of thousands of signatures.

Edwards believes that social media is a source of information which could help politicians to form policy and to engage public feeling about an issue. Twitter is more casual, he says, it feels like people are being themselves, and if politicians were interacting with more ordinary people in the way that everyone else does it will help to break down the barrier and help the youngest users to understand politicians.

Edwards offers five solutions that could bring back young voters to the ballot box on May 7:

2. Compulsory voting for first-time voters
Edwards argues that voting is a democratic duty that should be a part of people’s lives and that first-time voters should be fined a small sum for not exercising their democratic rights.  If they are forced to vote once, they are more likely to turn out at subsequent elections.

Edwards argues that a spoilt vote option such as ‘None of the Above’ should be allowed in the UK. This, he says, will be much more powerful than simply abstaining, as Russell Brand suggests.  A spoilt vote will be counted in the overall turnout and it will help to prove that none of the politicians are representatives of the youth in Britain.

5. Younger politicians
Young people need to be represented by more people similar to them and closer to their age. The majority of all elected MPs are white middle-class men and the youngest MP in the country is 30 years old.

Edwards doesn’t hide the fact that he is worried about the future. Older people seem to be more valuable in the eyes of politicians because they are more likely to vote than young people.  “Politicians are more likely to orientate their policy towards old people because they know that they are the people who are going to vote. And that is a worry because young people have a very raw deal and these young people will grow up and are they going to vote when they get older? Maybe but that’s less likely if you have not started when you were younger and the democracy could be in a genuine trouble.”

Rick Edwards never thought about going into politics, as he claims to be a ‘floating’ voter.  He is not affiliate with a party, he decided from election to election who he will vote for, so it will be hard for him to run a party. He adds that he believes to be better on the outside of party political arena because he feels more useful as he is trying to broadly engage people with politics.

He adds that his mission will be accomplished when 100 per cent of people turnout and vote but as it will probably never happen he is planning to keep on going. His ‘mission’ has been build up around the forthcoming general election of May 7 but after that he admits that he wants to carry on to get young people engage with politics because it’s a long process but it will help for a better democracy.