As the election approaches, I increasingly ask myself if there is any point in voting. As a young, black woman, I struggle to find a political party to identify with, one that I think will genuinely represent my interests

Let’s look at the figures; Britain has a black and minority ethnic population of 10 per cent. However, only 4.3 per cent of 650 MPs are from a minority background – which would be more representative of Britain in 1972.

In other words Britain has just 27 BME MPs when, in order to be representative of society there should be 78. The situation for women is equally woeful. Despite making up just over 50 per cent of society, only 148 MPs out of 650 are women. To complete the picture, the average age of MPs is 50.

It is clear that there is a large divide between those who vote and those who are actually in power.

Is it any wonder that so many people are turned off politics, when we are governed largely by old, white, middle class men? All of us, women, the young, ethnic minorities, want to see ourselves and our needs being acknowledged by the government

In a recent survey 64% of minority ethnic young people said they believed that it was important for people of their background to be represented in parliament. However, when I turn on the television and look at Prime Minister’s Questions, the weekly set piece at which the man who leads the country is supposed to be held to account on behalf of us all, I see a group of mostly white, mostly middle-aged, mostly male politicians shouting, jeering and mocking. If they seem to be behaving like public schoolboys, that may be because a third of them, once were, compared with just seven per cent of the population generally.It looks like a club in which everybody knows everybody else and from which I (and, I imagine, millions of other British people) feel completely excluded.

This isn’t simply about making up the numbers, it’s about what a truly representative parliament would do and how its policies might genuinely take account of the wishes and needs of all of us. If women, for example, had more input into parliamentary decisions, maybe sanitary products would already be untaxed and a woman’s right to choose over abortion would not still be so openly challenged in political debate. People who have no experience, and can never have any experience on these matters are in full control of making these big decisions that affect out lives.

Perhaps if there were more young people in the House of Commons, the debate over tuition fees would have looked very different and we would not have seen, for example, Nick Clegg’s betrayal of students. No wonder so many young people, women and BME groups feel effectively marginalized and conclude that since politicians are the same, it doesn’t particularly matter who you vote for. Since it doesn’t seem like any of them would stand up for us, why bother to vote at all?

The issue of political representation is at least beginning to be talked about and during the Election campaign there have been a number of steps taken in order to encourage more people, whether it be the youth or the black minority ethnic community, to vote.

The aim is to encourage minority groups to use their votes to support policies that matter to them.

Bite The Ballot, a party-neutral campaigning group that aims to get young people to vote, has created an online app called Verto which aims to help Britain’s 5.6 million potential young voters find the parties and candidates whose political views most match their own.

Another is Operation Black Vote, which describes itself as as “the first and only initiative to focus on the democratic Black deficit.” The organization aims to encourage more black and minority ethnic groups to vote, in a way that will force politicians to take account of the BME community’s concerns over inequalities in areas such as education, health and unemployment. There is no doubt that the BME vote could have a big impact on how the General Election turns out this year. 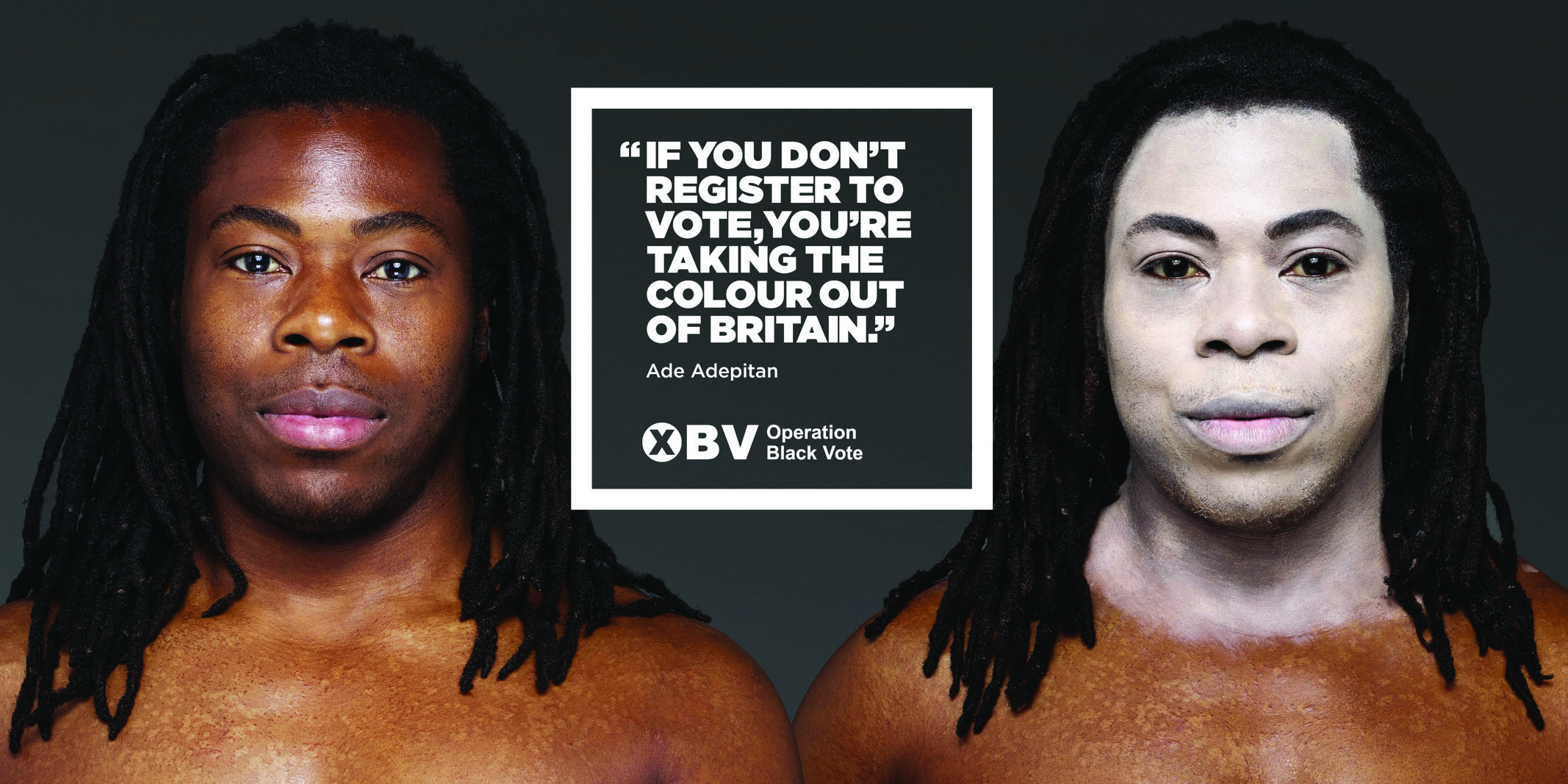 Of course, I can definitely appreciate the sentiment of what Operation Black Vote are campaigning to achieve but it feels to me that their campaign is effectively taking us back a few steps by segregating the BME vote from that of the general population. Wouldn’t it be better to campaign for the the needs of the black and minority ethnic communities to be integrated into the mainstream so that they are normalised by the whole of society? Or perhaps their campaigning should focus on creating a parliament that is truly representative of society, by encouraging people from all walks of life to take part in political debate and discussion.

I’m not saying that we should get rid of all of of our white, male, middle-aged MPs, but it is really important that politics becomes more inclusive. And I’m not arguing for quotas, for a parliament made up of a specific number of women and minority ethnic candidates just to seem politically correct. What we need is for steps to be taken to encourage more young people, especially girls and those from minority ethnic groups, to become actively involved with politics, to stand for Parliament so that one day, we have a political system which genuinely represents me and millions like me.