Sleaford Mods: On Politics and Music 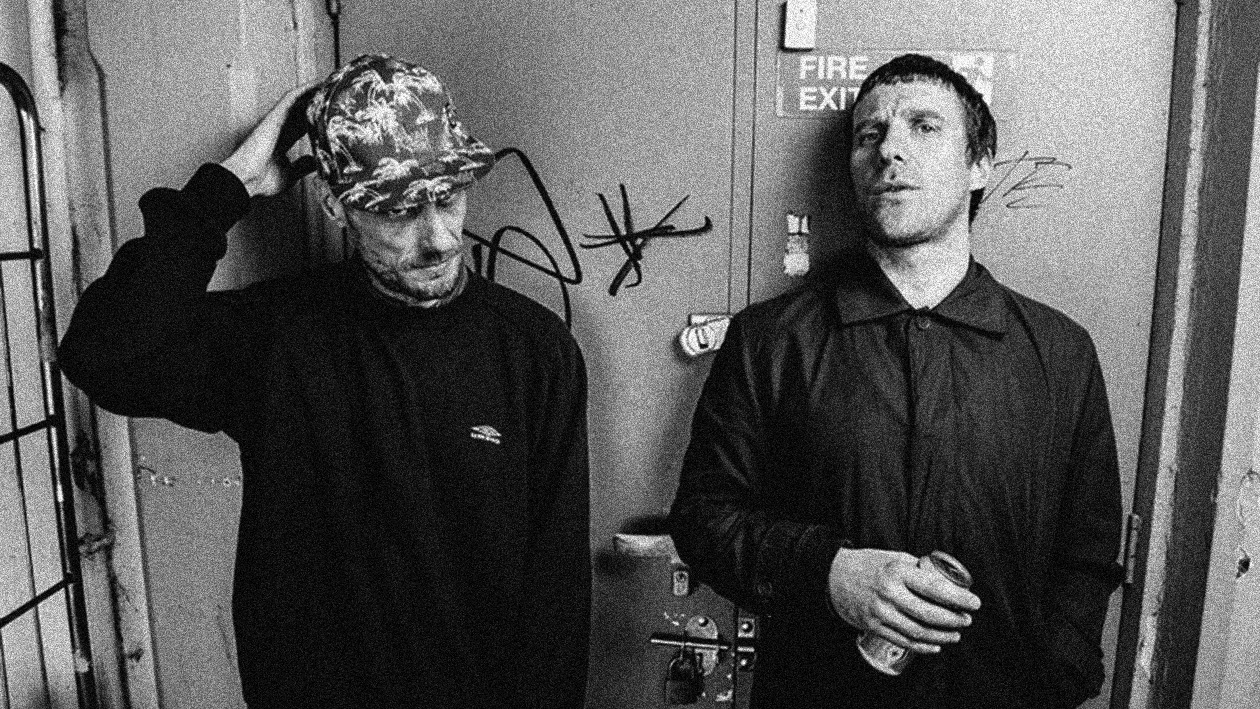 Punk, at this point, is pretty much dead and buried. Far beyond the point of making a comeback, no need for a revival and a resurgence would be crass and pointless.

But let’s not deny the value of giving the middle finger to authority, your surroundings (and nearly every other thing you can think of) with a ton of attitude and defiance. In a way, Sleaford Mods reflect the trickle-down effect of that ‘go fuck yourself’ spirit, taking inspiration from bands like the Sex Pistols and The Jam.

The duo is comprised of vocalist Jason Williamson alongside producer Andrew Fearn, both hailing from Nottingham. Their music combines grimy, low-fi beats behind an onslaught of half-rapped, half-spoken word tirades that fester with rage yet are weirdly poignant, funny and even poetic in their delivery.  Their lyrics cover working-class angst, the boredom of dead-end jobs (‘I got a job. I rot away in the aisles of the Co-op, mate. French fancies, Mr. Kipling acid dances.’) to the fakery of music today (‘fuck off posey pants; you’re in the pop star market. Sexy promoters, untouchable organisations.’) They’ve got a fire lit under them on most topics and their UK fan base is starting to gain momentum.

The pair have kicked off the first leg of their 2015 tour through relatively small, unknown UK towns – the likes of Ramsgate, Hitchin and Barnsley, places bands scarcely go to these days. I caught them before their show at The Horn in St. Albans to have a chat, prepared for the real possibility that they might be a tad standoffish but in all actuality they’re nice as can be. Over a couple of drinks and pub lunch, Jason tells me that though mod subculture has been a point of inspiration they aren’t looking represent it through their music: “It’s shit. It’s just remembrance, it’s a joke- a museum. It’s got no bearing on anything any more.”

In fact, neither of them can particular relate to a lot of the bands and acts they’ve been compared to such as The Fall or John Cooper Clarke. Williamson and Fearn alike seem to be indifferent towards these connections. “I was more into hip-hop so that’s how it originated, vocal-wise anyway. Stuff like The Streets.” Williamson explains. Fearn agrees: “I think rap is the same thing though. Lots of successful rappers, especially the originators weren’t into anybody before but came across the idea and concept and it was something that was allowing them to get their thoughts and feelings down. It’s something that’s there for anybody to have a go at.” Their tastes are quite wide ranging though they seem baffled when I ask them if it’s true they like a bit of death metal – one of the ever-growing errors from Wikipedia. “Don’t know what happened there!” Williamson laughs. In fact he’s likes folk music, Alexander O’Neal and Luther Vandross. Fearn, equally surprised explains: “People can’t help but pigeon-hole. We’re not prescribing to one particular genre of music. It wasn’t our intention to think about genres in the first place either.” 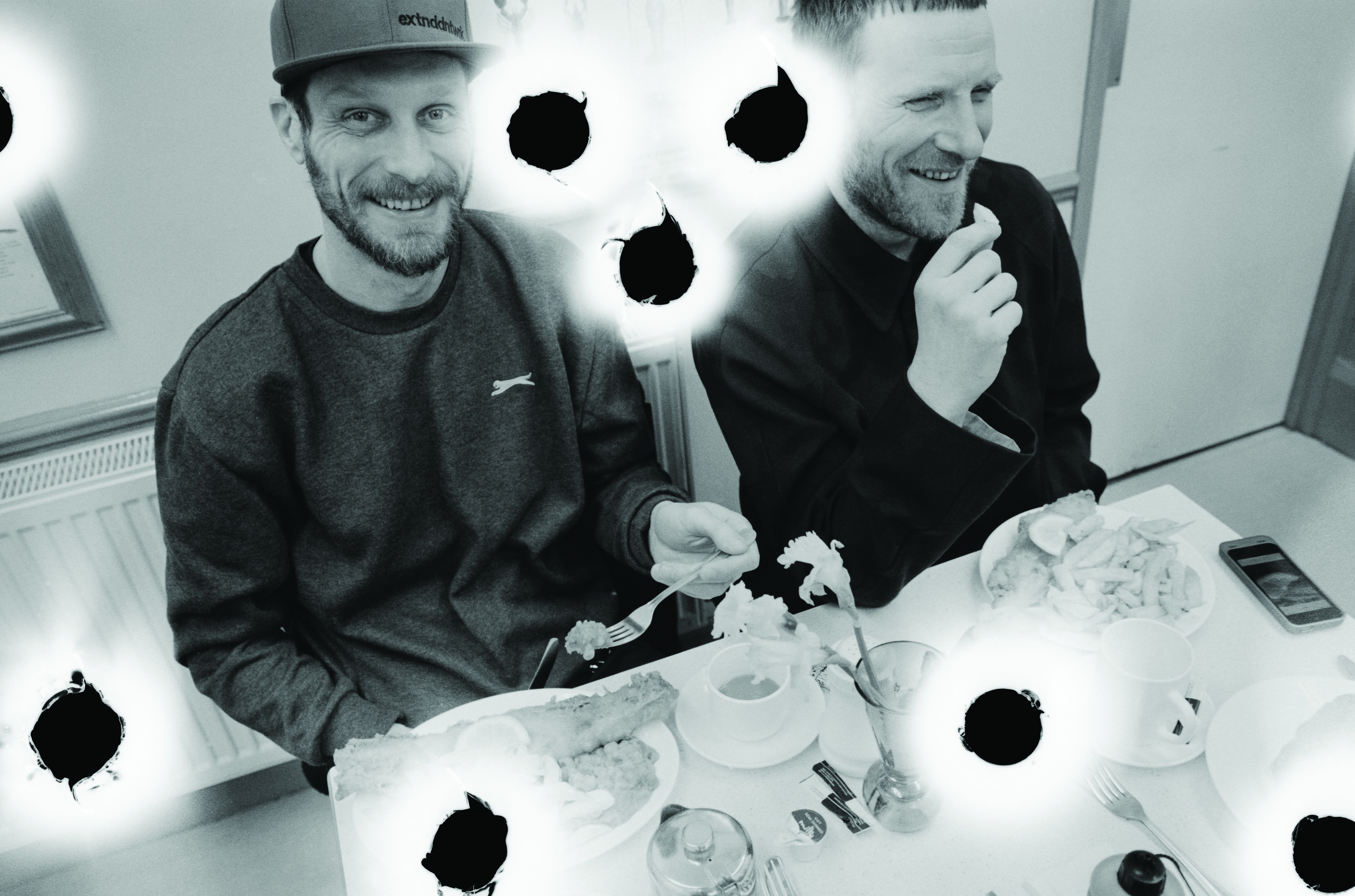 “Just be yourself!”– Williamson

The energy at a Sleaford Mods gig is ramshackle, improvised, high-energy and aggressive. It’s just as much as a cathartic release for them as well as fuelling their anger: “You can’t really do this music any other way, y’know. It has to be as fast as it is on record otherwise it’ll just fall flat on its face. In order to keep that up, in order to that you have to have a level of energy of all of it- it’s a mixture of all that.” Williamson says, swigging his pint. They get asked a lot about the swearing in the tracks so I asked if they think people are being a bit sensitive. “A lot of people dismiss it as lazy – ‘oh he’s just swearing’ – but that’s not the case. It never has been. It’s just how we talk so why not put that in? I come from a household of swearers. So does Andrew. Don’t we all? There’s a lot of emphasis on running away from yourself and not being yourself and that’s been prevalent in music for far too long.”

The guys agree that there aren’t too many bands trying to make a social or political statement these day, saying the current popularity of instrumental music might be a contributing factor. They do believe there’s plenty of genuine stuff out there though, just not focusing on real issues. “In the sense of indie bands with not much to say, there are honest bands because they’re all middle upper-class and having nice lives and singing about having a nice time – which is fine! It’s better than people trying to be angry and be crappy and fake at doing that,” says Fearn as Williamson elaborates further: “There’s not a lot of bands attacking the day-to-day, talking about it in a truthful way. There are a few bands trying to mimic that. But you’re gonna get that anyway aren’t you? Not a lot of stuff out there. There’s got to be an emphasis on the now and what’s happening outside.”

“There’s just no talk about what’s actually going on, it’s all smoke and mirrors.” – Williamson

They aren’t particularly fond of politics and the current state of the country. If you’ve ever heard ‘Tweet Tweet Tweet’ you’ll know they’re not exactly keen UKIP supporters and Williamson goes on to lyricise: “I can’t believe the rich still exist, let alone run the fucking country” on the track ‘Air Conditioning.’
He talks about the current administration in a state of disgust: “Ed Miliband is starting to get a bit better in the last month or so. Still not cracking eggs though.  There’s no talk about the bottom of the barrel. The only reference politicians make is: ‘We need to get employment back up.’ That’s it. We need to get jobs going, people are out of work. They never touch on anything else. You can tell it’s just really fucking not heartfelt at all.”

Williamson recently quit his job as a benefits advisor for Nottingham City Council to focus on Sleaford Mods full-time and says his experiences taught him a lot about how the system can screw people over. However he adds that he didn’t need a job like that to shape his thoughts on the government.

Does his audience share his discontent with politics, I wonder. “Obviously you get a lot that aren’t, especially the lower classes– they’ve been badgered into not being interested in it. It doesn’t speak for them. You get your average 18-year-old listening to Ed Miliband talking about the national debt- they don’t give a fuck about that. They don’t really care for full-time employment because the only jobs that are available are mind-numbingly boring.”

Sleaford Mods describe themselves as taking a humanist approach rather than anything else. Williamson is wary of being perceived as a mouthpiece for political disgruntlement, telling me very plainly why he’s not too interested: “Yeah because it’s a bit of a trap and you just end up sounding like a cunt.”

Fearn on the other hand believes their lyrics hit home on a broader level: “I think it’s more that Jason says what other people are really feeling in almost the exact same words, for them. It’s like he’s reading their mind. It’s striking a very strong chord with people and people are really touched by that and it’s been a long time coming.”

On that note, I let the guys chill out and eat their fish and chips in peace.

Jason Evans, whose image illustrates this piece, is known for his work in art and lifestyle magazines including Strictly, a series of images of young black men dressed as ‘country gents,’ which is now part of the permanent collection of the Tate Gallery.