By any stretch of the imagination, Afghanistan isn’t the easiest terrain to travel in. The country’s seclusion from the world, through 30 years of war and barbarism has left it out of the mainstream of modern art – until now.

I was born in Kabul, capital of Afghanistan. Prior to the waves of foreign occupiers and domestic battles that destroyed the people, and much of the physical artefacts of its heroic history, Afghanistan’s once-upon-a time tranquility and shimmering beauty lured most tourists in long-distance buses and wealthier visitors on the national airline.

It’s now been ten years since I have left my homeland, but I can still vividly remember the normally brilliant blue skies, that have now turned an interesting shade of grey. I feel easy to slip into despair. 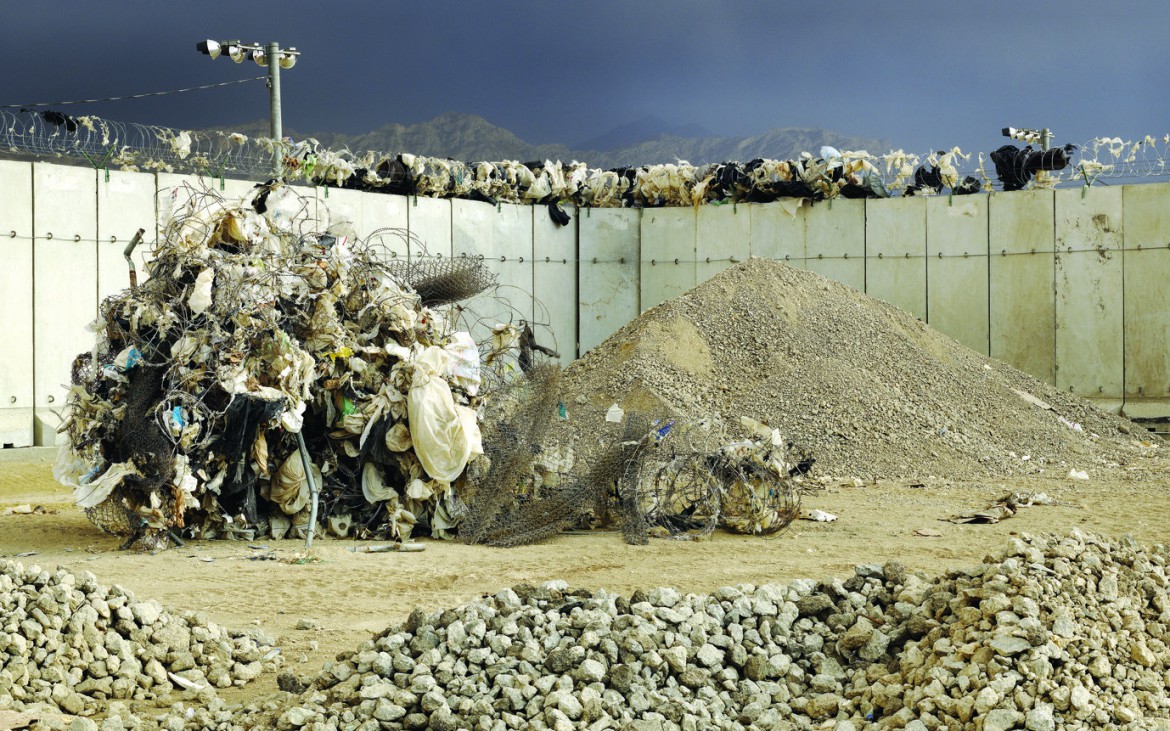 In ‘The Mountains of Majeed,’ a new exhibition of photography, found imagery and Taliban poetry at Flowers Gallery in Shoreditch, British photographer Edmund Clark focuses on the grandeur of mountain scenery and provides, through a series of photographs, the two visions of Afghanistan: his vision from the inside as a westerner coming to the country; looking over the walls at the mountains taken with a huge digital camera. And the enigmatic Afghan painter Majeed, whose idyllic landscapes within the walls of the dinning facility, looks at his own fantastical country.


It’s almost as if Clark’s own photographs and Majeed’s paintings, together set out to heal divisions and bring about reconciliation that is certainly needed between the war-torn country of Afghanistan and the Western occupiers. 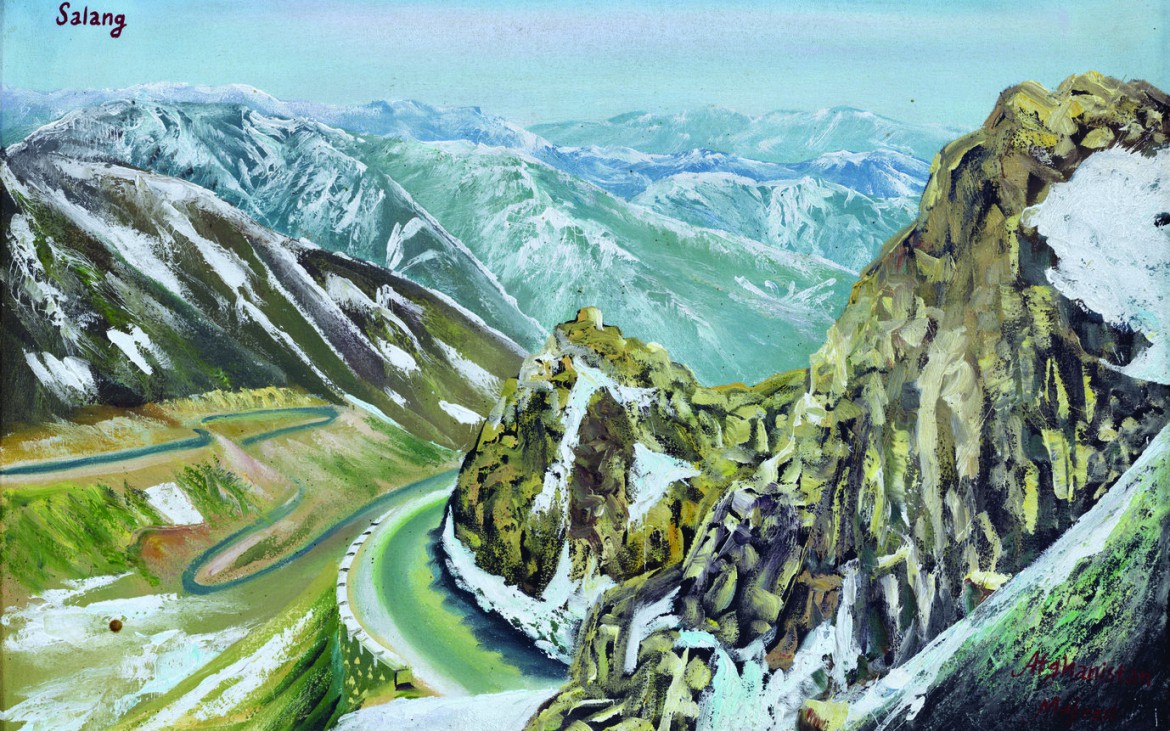 Clark, whose vivid photography links history, politics, and relationships, is an established artist who has received multiple awards for his work. He has spent nine days in Afghanistan, documenting the US military base in Bagram, and providing a vivid account of the harrowing history of Afghanistan by capturing the lives of those in the line of fire.

“I was going to Afghanistan for a completely different subject, which required me being embedded in Bagram airfield,” said Clark. “The idea was to look at Bagram from the American point of view coming towards the end of Operation Enduring Freedom, reflecting on the American experience of war in Afghanistan.”

The biggest American base in Afghanistan and home to 40,000, Bagram’s outside view takes the viewer beyond the lush mountains of the Hindu Kush. Embedded with the military in the base, Clark’s photographs show a futile relationship between the looming presence of the mountains around Bagram and the synthetic landscape within the walls.

“The mountains were huge and quite looming. I found them beautiful but quite threatening. As I walked around the base, I kept seeing representation of mountains on the inside of the base, whether it’s the murals or it’s coming across these paintings by Majeed in a dining facility. I am also realising that an Afghan is going to look at these paintings by Majeed in a completely different way.”

The Afghanistan I knew, however starkly contrasts with the metal containers, wire fencing and hard concrete of the airbase that’s showcased in Clark’s pictures. I’m somewhat ecstatic to see Majeed’s mountains. It amazed me, sparking my mind to peaks of anticipation and curiosity.

And anyone looking at his painting images might be forgiven to think that Afghanistan is no place of war but love, beauty and an oasis of serenity amidst the troubling country.

Aptly enough, very little is known about Majeed and his murals hanging on the walls in the airfield. Majeed’s faceless identity could be interpreted as a metaphor; general public know as little about him as the military knew about Afghan culture before the US-led Operation Enduring Freedom.

“On the one hand, as a westerner, they look to me as though there could be an Afghan artist romanticising his own country’s landscape at a time of destruction and war. But at the same time, they could be postcard type idealised imagery specifically for a westerner audience to take it away as part of their way of touristic experience that they never get to see.”

Clark argues that apart from the military and special forces and the security patrols that are actually going out of the base, the majority of military personnel don’t get to experience Afghanistan, which leads to a sense of ‘us and them:’ “I didn’t get the sense when I was there that many people really think about Afghanistan. They don’t really conceive of this country as a place beyond what they’re seeing in the western media.” 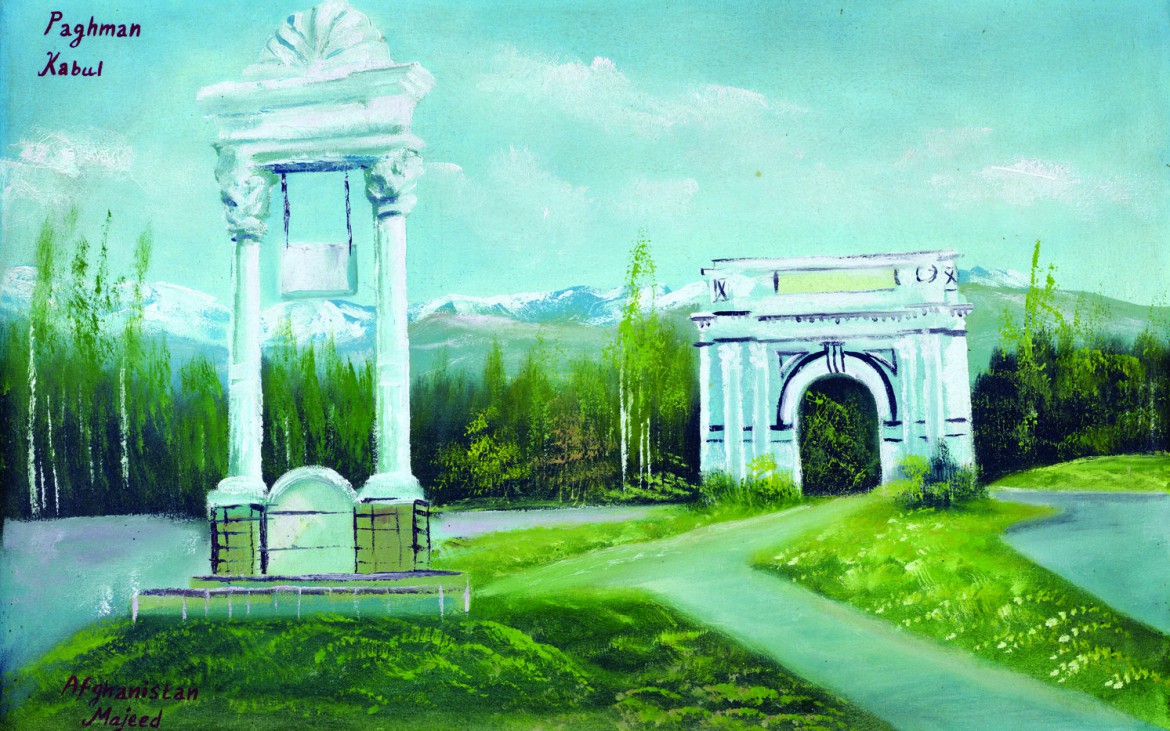 Majeed’s landscape murals insist on boasting Afghanistan’s rustic beauty, in which the country’s imposing mountainous region soars and its parched land remains intact by war. But there is not a lot known about Majeed and Clark is equally mystified by this mysterious Afghan artist, whose work inspired his latest book, The Mountains of Majeed.

“I thought very carefully about what to say to Majeed if I ever met him. I feel that he is universalised through our ignorance. He becomes Afghanistan. He becomes everyone. If i was to meet him, I would apologise for using his pictures without telling him. I hope he’d understand what I tried to do in saying that his vision of Afghanistan is the equivalent of my vision of Afghanistan. I would, if he wanted to pay him loyalties for using his pictures, because I would expect someone to do that for me as well.” 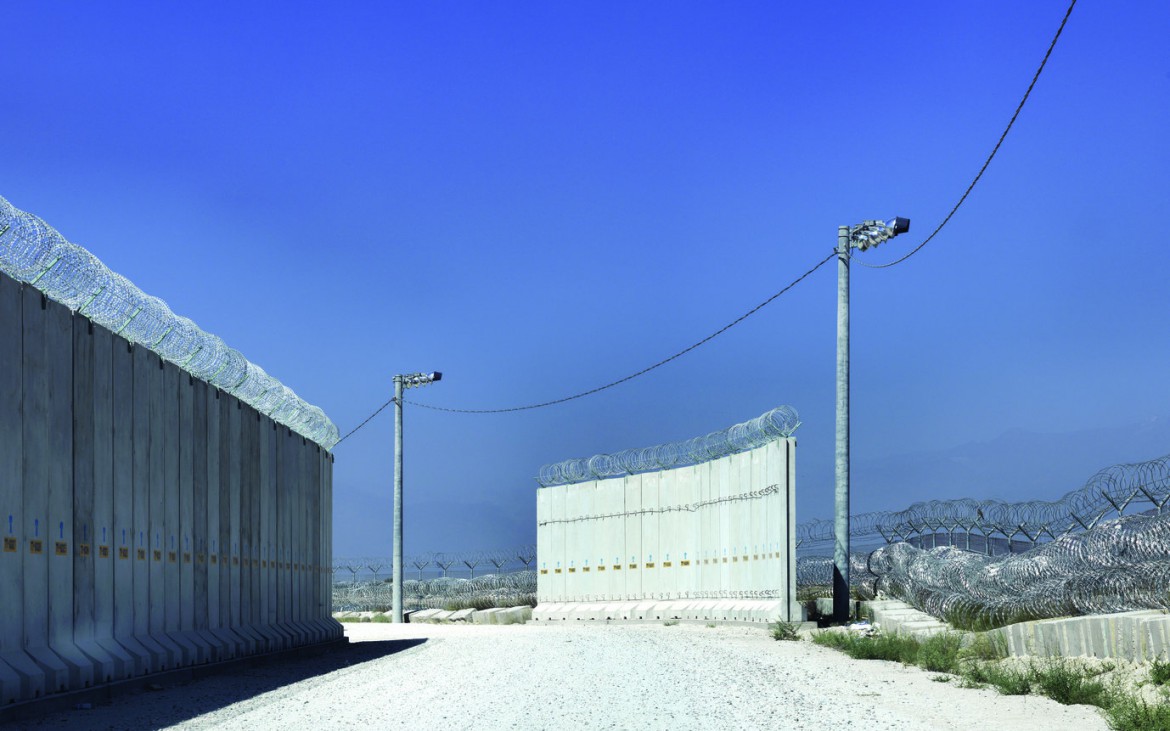 Suffering and brutality are entirely absent in Majeed’s vivid series of paintings in which the mural of the Hindu Kush mountain range in a meeting room evokes a sense of freedom, and the murky atmosphere engulfing the unflustered lake and rocky enclave instills a dream-like serenity. War appears to be a distant memory, however.


Clark’s work which is about the division between the cultures, says: “People can view Majeed’s vision as idealised and touristic but it’s most important to realise that his vision has an equal weight as mine in this body of work and that’s something which I think is really important.”

Clark’s work has obviously a political element to it and perhaps that was important for him to bring in an Afghan dimension to what he’d done precisely because he has seen so little if any work by westerners about the war in Afghanistan.

Everything from bad to good that has happened in Afghanistan, according to Clark, has been a product of intervention of the West: “In a sense, as well as the destruction which has happened in Afghanistan, a lot of the developments have still been a product of colonial intervention and interference. So even the periods of what we call ‘progress’ haven’t been real because they have been enforced.”

“Do you ever think of returning to Afghanistan?” I asked. “I’d love to go back,” came the reply.

This exhibition ran from February 27 till April 4, 2015, but you can still enjoy the online gallery. You can follow Edmund on Twitter and keep up with his photographic endeavours.