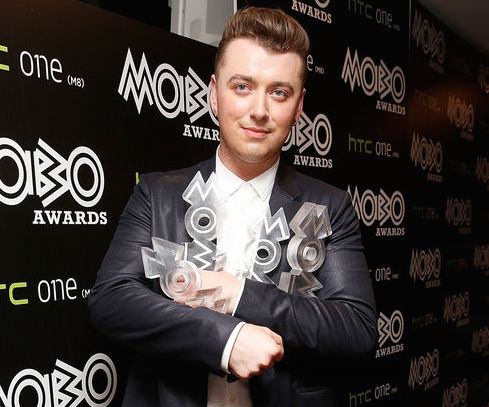 There was a time when the charts were full of British black music, be it pop, garage, grime or even soul – the ubiquitous influence of the black music scene was felt by many music lovers.

However, with a new string of urban white artist such as Ed Sheeran, Sam Smith (above), Jessie Ware and Adele cradling awards left, right and centre, what does the future hold for black singers and musicians?

As part of the LCC’s Diversity and the Media series, the UAL Afro-Caribbean Society held an event to highlight the problems that black and ethnic minorities are facing within the music industry and media in terms of under-representation.

The evening focused on the key issue of black music being represented by mainstream artists who are not of black origin. 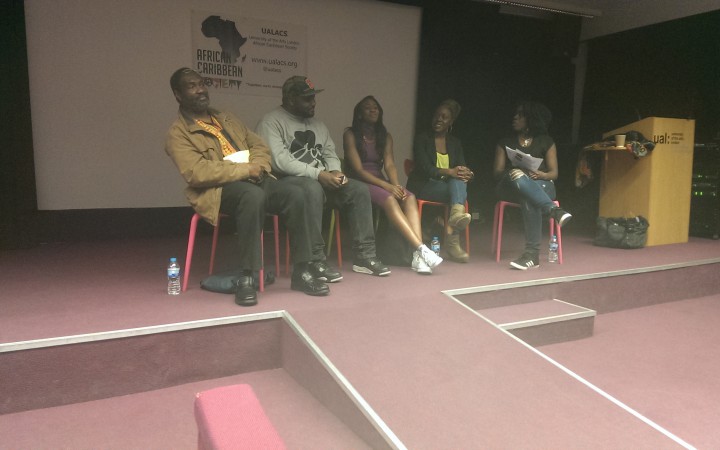 The panel at the Where is the Black in British Music? event

Britain is known as the melting pot of cultures so why is there a lack of diversity and representation of black and ethnic artists within media establishments, like the BBC, and lack of exposure in the British music industry?

“The reality is that black music is everywhere, but there is a gap between mainstream music and the wider audience. Black artists are missing from the mainstream scene.” claimed Mulraine.

Ayamfi added: “I feel that it is due to who have the power within these industries. The management are disconnected from what real music is and only want to give exposure to mainstream artists who are marketable, which basically are your Ed Sheerans and Sam Smiths.”

Despite having a number of awards shows and radio stations such as BET, MOBO and BBC Radio 1Xtra that are dedicated to black artists and their music, Sam Smith took home four MOBO awards whilst Ed Sheeran was listed as one of the most influential urban artists by BBC 1Xtra – whose slogan was once ‘Love Black Music, Love 1Xtra.’

POSITIVE MESSAGES “NOT COMING THROUGH”

BBC radio 1Xtra’s DJ Ace argued that: “The people who are in charge at radio stations are the ones who determine the output of content, not the presenters. They decide what goes on air, and it’s weird because they are completely unaware of the music scene and their decisions are based on who gets more views on the internet.”

Over 93 percent of UK music industry jobs are filled with those of Caucasian origin, according to Department of Culture, Media and Sport statistics. But is it fair to burden the blame of shortage in black music, on the hierarchy present in these establishments or is there an underlying problem that needs to be addressed first?

“Some are so desperate to earn money and get signed that they end up making music that they aren’t passionate about.”
Kwaku

During the discussion, many people from the audience claimed that perhaps the problem of representation has a lot to do with the quality of the music instead of the race of the artists.

One member of Caribbean origin claimed that there are too many expletives in black music today, and positive messages of the culture and history are not coming through to people.

She said: “People will listen to rap or grime and feel that this is what black music is all about, this is what Africa represents. People are no longer respecting us or our music because of it.”

Remel London, who is a self-made professional in the entertainment industry, said: “It depends what people are into at that moment, and that is what people in the music industry will observe and give more publicity to. A new wave of artists will come about and that genre will become popular.”

Of course, there are black artists getting recognition within the media and music industry including Dizzee Rascal, Stormzy, Lethal Bizzle, Fuse ODG and mainstream artists such as Tinie Tempah, Emeli Sande and Estelle taking the charts by storm.

However, Kwaku called on aspiring black artists to focus on their music rather landing a lucrative deal.

“We need to start pushing our artists to be brave about their music and creativity, and to present their music on a higher platform. Some are so desperate to earn money and get signed that they end up making music that they aren’t passionate about.”

While it is clear that black music is still widely prevalent and popular in society, the lack of diversity within the media and the music industry is frustrating people from black and ethnic minorities.

“The issue goes deeper than just race, and if we want to move forward and progress we will have to push ourselves to be heard and come together as a societycombat this problem,” said Gyamfi.