(Street) style for all 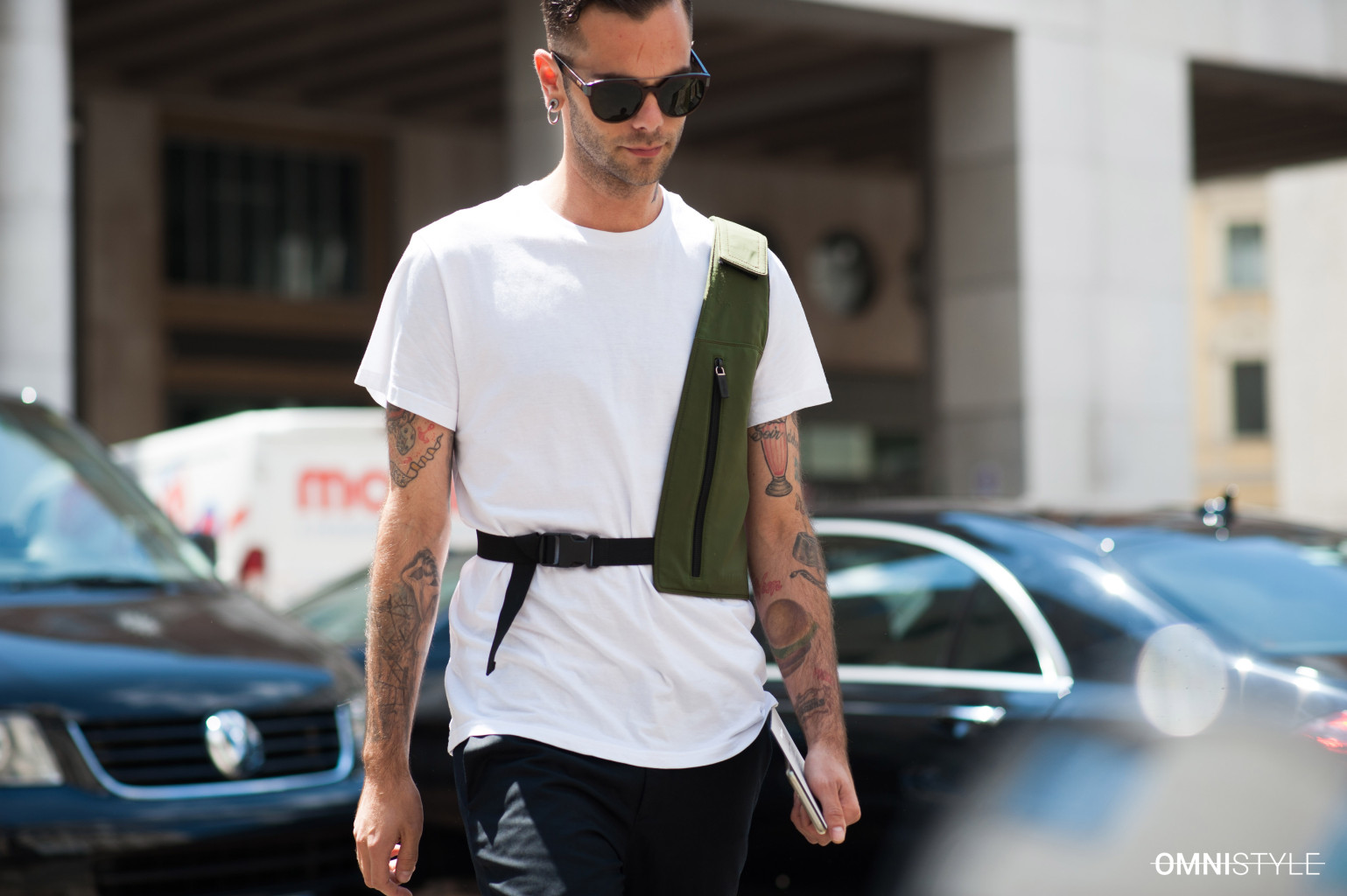 It’s a gloomy day in London and I am rushing to the first show at London Collections Men A/W 2015 at Victoria House.

It’s early January and I’m wearing a ridiculously big fedora when a smiling guy starts following me to show me a picture on his phone: “It’s you,” he says.

Next thing I know, he’s on my Instagram and he’s taking notes of what I am wearing. It turns out that this is Andrew Barber – the founder and creator of London-based street style blog OmniStyle.

For the past decade street style photography has become a significant part of photojournalism and fashion in general.

The grandfather of all this is Bill Cunningham whose work for more than 60 years for the New York Times has built the foundations of what we know as street photography.

Since then a new wave of “street stylers” have started to emerge, including the rise of Scott Shulman’s The Sartorialist and his former girlfriend Garance Doré, along with the appearance of Phil Oh from “Street Peeper”, Tommy Ton for Vogue, and Caroline Blomst from Caroline’s Mode.

I met Andrew to find out more about the foundations of OmniStyle and his perspective on street style in general.

Q: How did it all start?

A: I wanted to try to get as many contacts as possible, so I wanted to spend some more time doing photography and street style. I was doing a few shoots for editorials; I was getting to know the bloggers, a few designers, their photographers. Over the years I had become more and more passionate about photography. Like, if you asked me what is my passion 4 or 5 years ago, I wouldn’t really know. 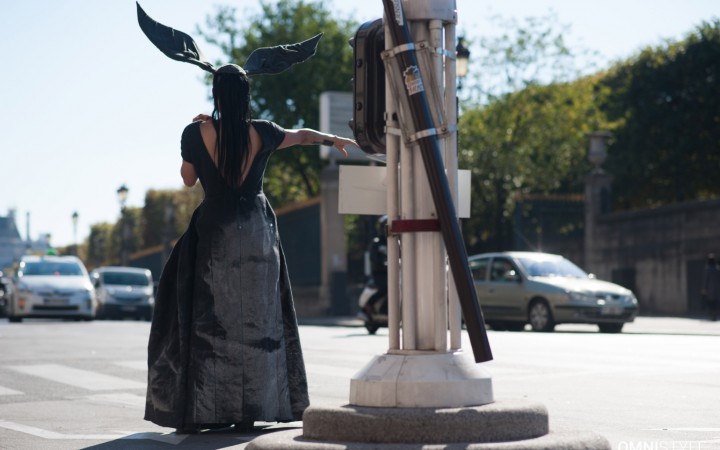 Lily Gatins shows off Thom Browne headpiece in the streets of Paris.

Q: You’re saying that your passion for fashion (as cheesy it may sound) was a thing that actually became your priority after you started working as a photographer?

A: Yes. Because fashion is something I was always interested in, I was always buying expensive clothes, all the time. And then I would often take pictures of my friends whenever we’re going out or when we’re socially spending time together. And then it came to the point when I was going to the fashion weeks, like I said before, and I was taking pictures, I started to realise what street style is actually all about.

During my first season at London collections A/W 2014 I had a friend who got in touch with me and she said she needed assistant for some street style work. I knew that the guy who was hiring her to do the catwalk and the street style is the guy that owns “Livin Cool” (lifestyle and photography website), so I decided to go to London collections every day. Eventually, he wanted me to do some street style for one of his clients and I just started talking to people, networking, constantly, constantly.

Q: Who’s the photographer who inspired you the most?

“We always say that if you can’t take that photograph in the angle you’re covering then you got to move around to another place, if you can’t get it, then you miss it.” – Andrew Barber

A: Who inspired me the most? I have to say Liam Goslett. I basically got inspired by his street style. I came across his blog back in 2011, when I was still at university. Later on, it was Nabile from “J’ai Perdu Ma Veste” (aka “I Lost my Jacket”), back in 2012, who I met when he was working at KTZ in Paris. I saw him wearing a really cool t-shirt with Nike Airforces that were collaborating with another company, and I said- “Hey, I really love your style, can I take a picture of you?”-so I took his picture and he told me about what he does as well as working for KTZ.

A: It is super tough; there is some aggression in it. If you compare London and New York Fashion Week, you really can’t, because at London you probably got about 30 photographers running around every single show and catching the outfits. When you’re in New York…It’s completely different. I’ve never been before but I’d seen what it is and it’s a lot bigger. There are so many photographers-some of them are professional, some of them are just taking a picture and then you got the paparazzi, it’s very competitive. 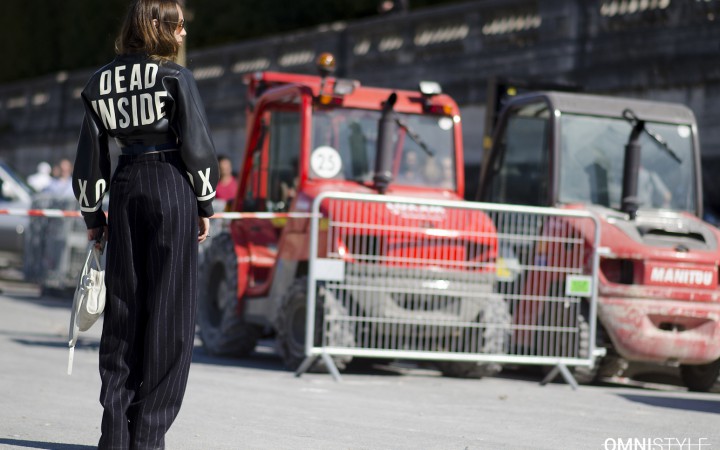 Q: Do you have your set of little rules when you’re working together?

A: We always say that if you can’t take that photograph in the angle you’re covering then you got to move around to another place, if you can’t get it, then you miss it. Another one a lot of photographers complain about is when photographers are wearing bright colours. If you are going to be in the background in someone’s photograph try to wear black or something that doesn’t really stand out. And there was one time when I was wearing like a really bright lime green AQ/AQ t-shirt and so many people were pissed off that day when I wore it because –“dude, you’d better not get in my shot”.

Q: Do you have a favourite person to take a picture of?

A: Yes. I do have my favourites. For men: I’d say Eugene Tong. He’s the style editor for Details magazine and he’s also creating the styling for “Public School”. I’d really like to capture him every season. I can also name Simone Marchetti. He wears a lot of prints. As for women: I used to love Tina Leung, like the way she dressed and more recently, it has become a lot more casual. There were always three or four women I always wanted or take pictures of because l loved their outfits, like Mira Duma and Anya Ziourova. 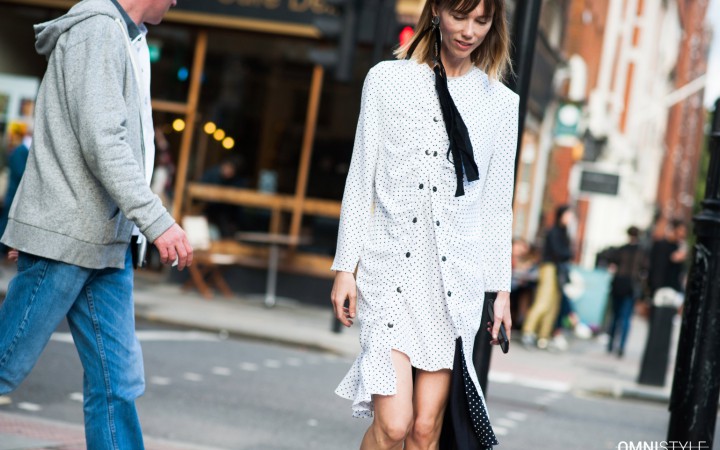 Q: Which is your favourite fashion week capital?

A: I think there is a difference. For women’s I have to say Paris, everything big always happens in Paris when it comes to the outfits, they’re always cool, the people that go there.

As for Men’s, I’d say London. I’ve never been to New York for fashion week. That’s something I’m going to be doing in February for  the new men’s fashion week that “The Council of Fashion Designers of America” is doing.

A: I’d like to secure a client with whom I will work for every season. Also, I look forward to going to New York Fashion week.

All images by Andrew Barber.