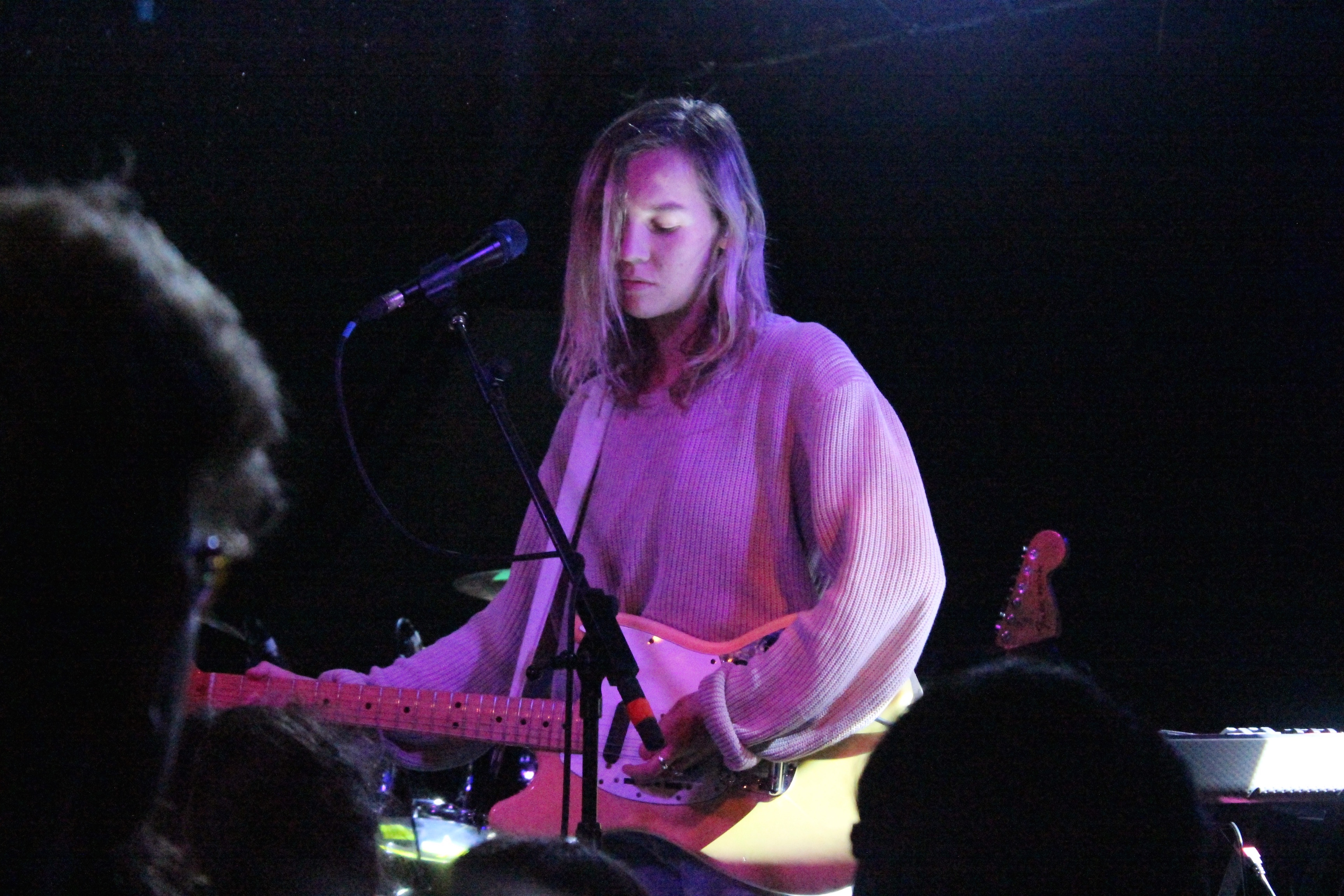 An act’s first release can catapult them into a celebrity – it’s the intimate shows like those at the Camden Barfly that exist to keep a musician’s feet attached to the ground.

The Japanese House, the new musical project from 20-year-old Amber Rain, has received an enormous amount of attention since its first activity in April.

Her first single was premiered on Zane Lowe’s show on Radio 1 in March and her first live performance was at a Maida Vale Session last month.

These are her first public shows, however, and with most dates sold out (the London date in a matter of days) and plans to support The 1975 on their Australian tour in 2016 it’s guaranteed you’ll never catch this act in a venue this intimate again. 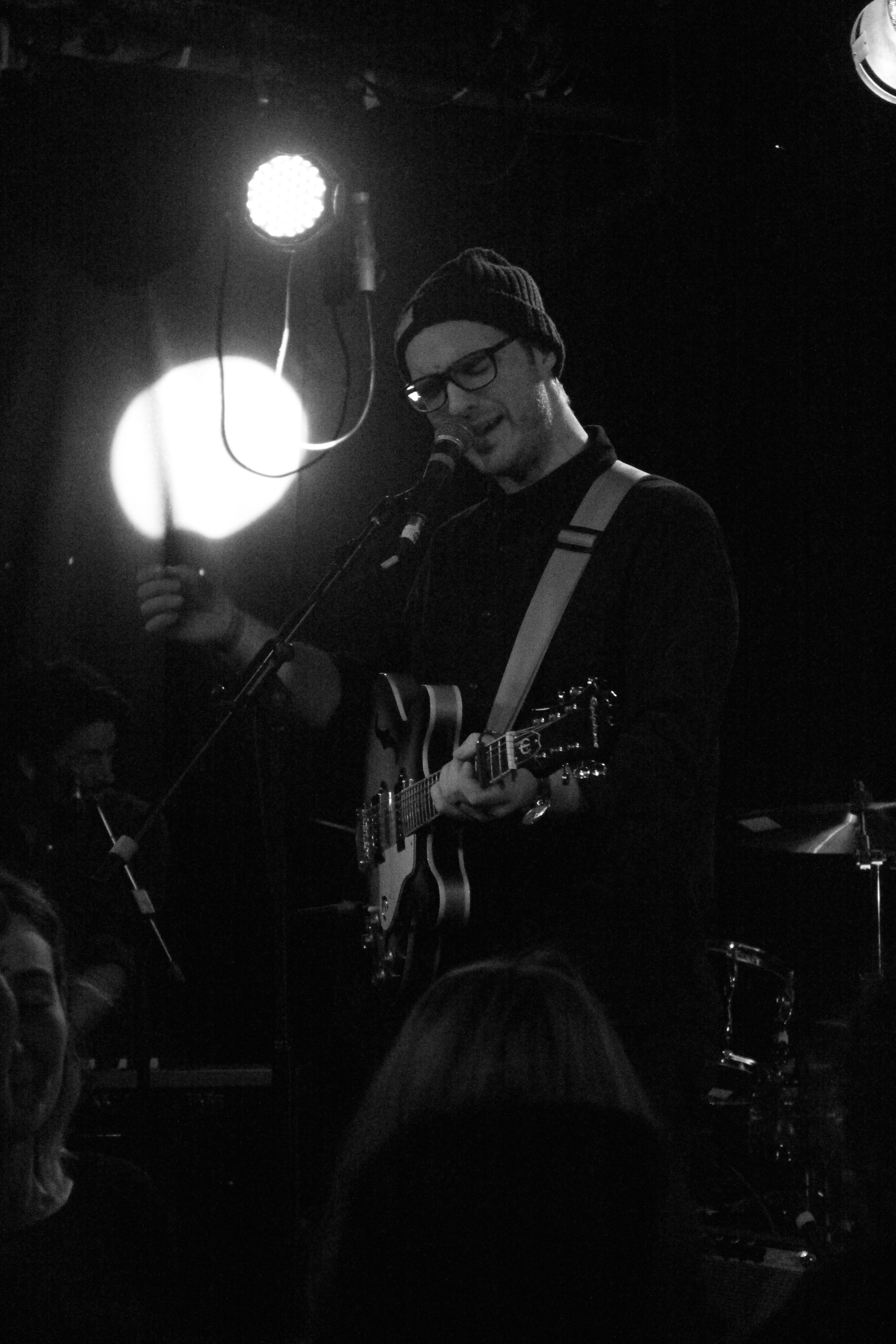 While from a musical stance the two-piece are equipped with the gear and the know-how to create a towering mass of sound with moments of brilliance sliding through in the form of ambient vocals and sombre instrumentation, there is also a strong static element from a performance perspective.

Most of the musicality is demonstrated through triggers and production – seeing a group standing still staring at their laptops  is a bore to stand through.

In comparison, Liu Bei are an act that have cemented their sound through numerous EPs and single releases in their two years as a band.

Vocalist Caleb Followill’s voice is a victorious symphony that resonates through the five-person act to create something game-changing.

Between acts there is a serious adrenaline and curiosity in the air. Whether this is due to Amber’s first live performance in her hometown in front of friends and family or The 1975’s allegedly surprise appearance, this is easily the most packed-out gig the Barfly has seen for a long time.

After a short delay Amber is dragged through the excited crowd and takes her spot in the hazy deep blue light of centre-stage.

A woman of very few words and an obvious nervousness, Amber takes no time to jump into the title track of her currently unreleased EP Clean.

An attraction to this act and its reason for its overwhelming popularity is down to its culmination of creative and successful sounds.

Described as the ‘cosmic Grace Jones’ by many and a mix between Bon Iver and Imogen Heap, there are few musical stones unturned.

Moving through the title track of her previous EP, Pools to Bathe In, into a new single Cool Blue it’s clear the amount of delicate care that has gone into the live transformation of these songs.

Switching between her cream Fender Mustang and synthesiser there is an obvious attempt to keep the performance as raw as possible whilst keeping the varnished finish this music possesses. 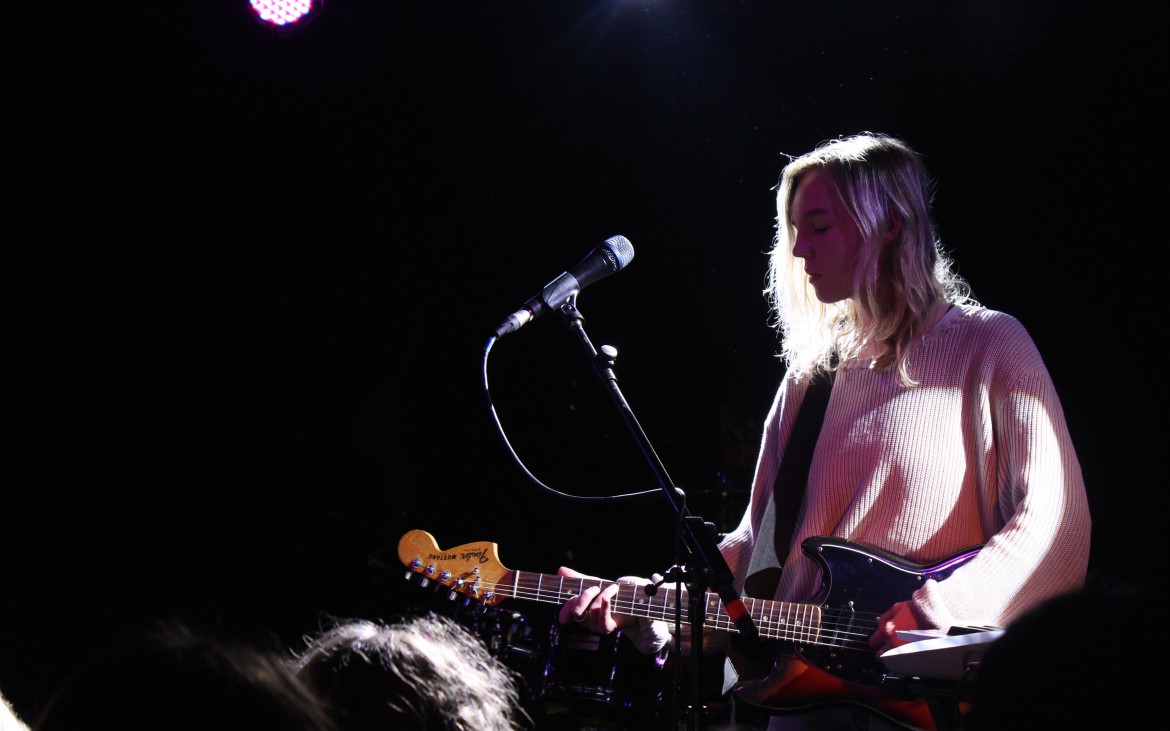 Moving through currently unreleased songs Letter By The Water and Sugar Pill, Amber thanks the crowd for coming in a shy raspy tone hiding behind her blonde locks of grungy hair.

Her new EP, Clean, is due to be released on November 6; with only four songs available now in the form of her first EP Pools To Bathe In we’re reminded of the weight carried by an act capable of selling out a venue some people work years to headline.

The new songs both sound in a similar tone to her debut; cosmic and vast waves of sound bouncing under indie guitar style riffs accompanied by layer upon layer of vocal harmonies meticulously recorded to replicate typical studio effects.

Amber’s loyalty to her listeners and organic recording style makes her music that bit more honest, enhancing the already confessional style of lyrics.

Second to last Amber, plays fan favourite, Still, an homage to The 1975’s unique style with coming-of-age lyricism backed up by the most emotionally engaging instrumental melody that’s been released in some time.

To bring the night to a breath-taking end the quiet introduction of Still can be heard over the PA. Amber’s small figure appears back through the thick smoke and allows us to hear that body-shaking vocal style one last time.

With so much attention surrounding The Japanese House, you try to keep your expectations realistic to fully appreciate the performance.

Amber takes apart that rationality piece-by-piece and delivers a live experience that surpasses the standards of a typical gig.

The Japanese House is an artistic product of the new age and deserves every ounce of attention and love it receives.

You can see The Japanese House at the following live dates: