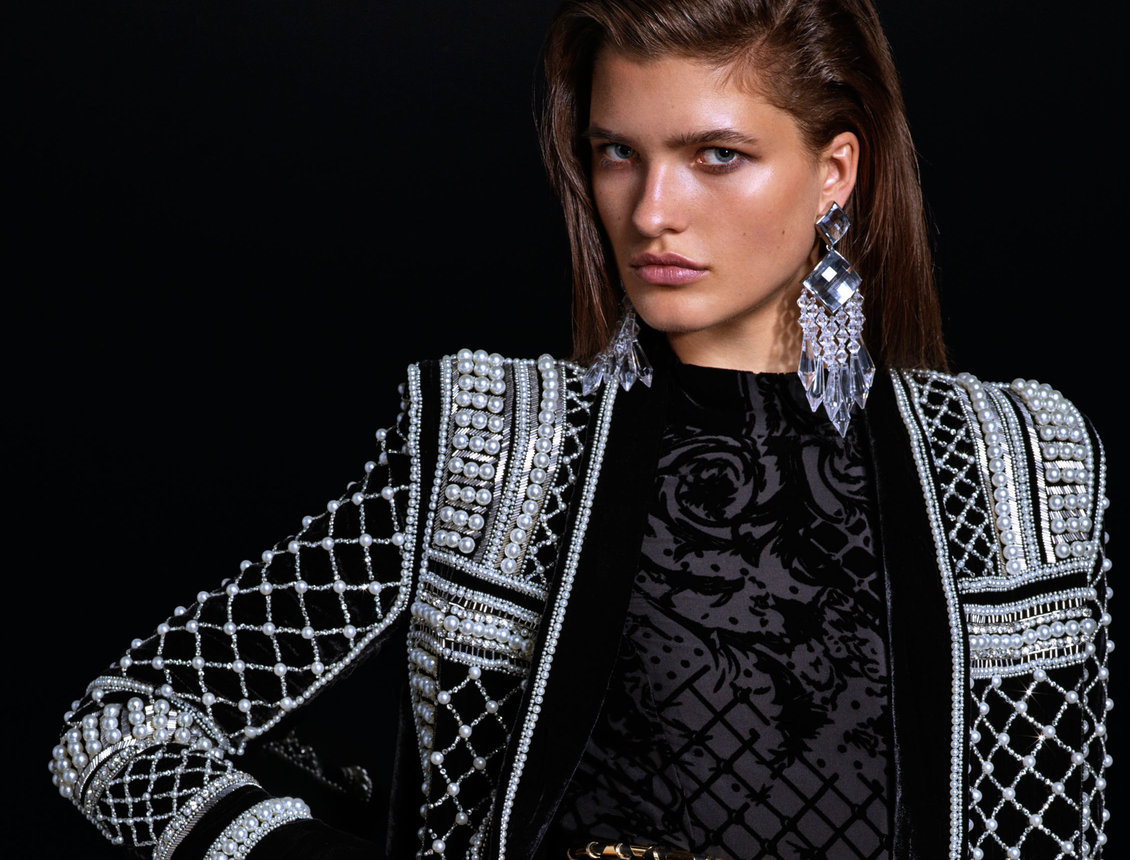 When Swedish retail giant Hennes & Mauritz’s announced the next collaboration they would invest in, there was no doubt that the result of this would be a winner.

Obviously, the reason would not be the quality of the label, but the marketing idea that the high-end brand would sell and promote to the high street clientele. 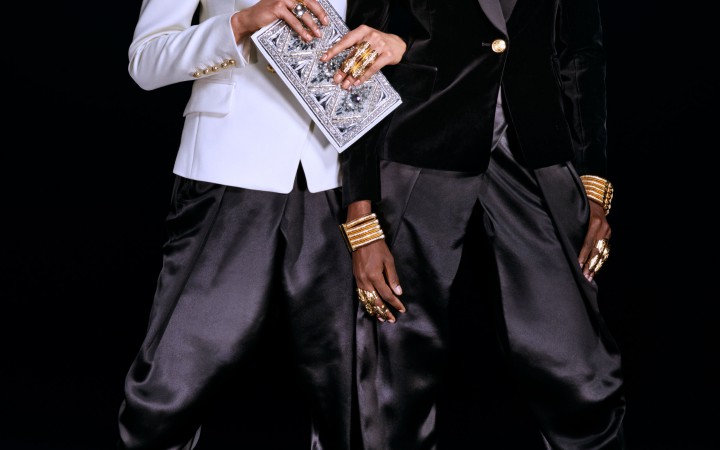 Black satin and tight velvet blazers are among the classic Balmain pieces. [HM.com]

H&M’s “elitist” journey has gone through Rei Kawakubo’s take on for Comme des Garçons back in 2008,  Isabel Marant, (Maison) Martin Margiela before Galliano, and Alexander Wang, whose collection was sold out in a couple of hours.

What we have witnessed so far proves that fashion sells the future.

The moment when an iconic piece has been established, it could be easily sold for less, and what a brand potentially aims for, is to focus on its future classics.

This is what we see with Olivier Rousteing’s design decisions for this year’s collaboration with iconic French brand Balmain. 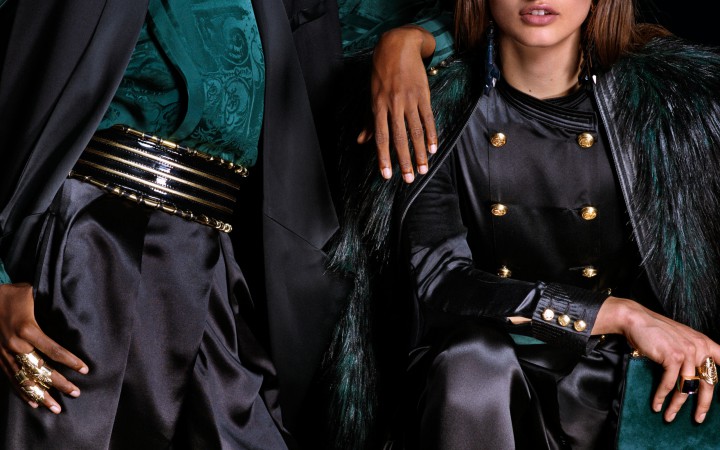 Key features of the collaboration are the feminine silhouette and sensual materials such as liquid velvet, satin, silk, and richness of the colours-bright red, emerald green and shiny gold.

Also, the detailing and the heavy embellishment on dresses and jackets recreate a baroque-esque allure of the Balmain woman.

Teaming up with the Kardashian family, Kanye West and an “army” of upcoming models like Jourdan Dunn for instance, helped the designer to re-position the fashion house to a new market level.

Young people want to copy and have this lifestyle. Pop culture and social media have enabled us to get close insights of all of this and luxury has become synonymous to accessibility (not pricewise, unfortunately).

His selfies, public appearances and most of all, party nature, attracted more than a million followers on Instagram, which was a groundbreaking record for any fashion house. 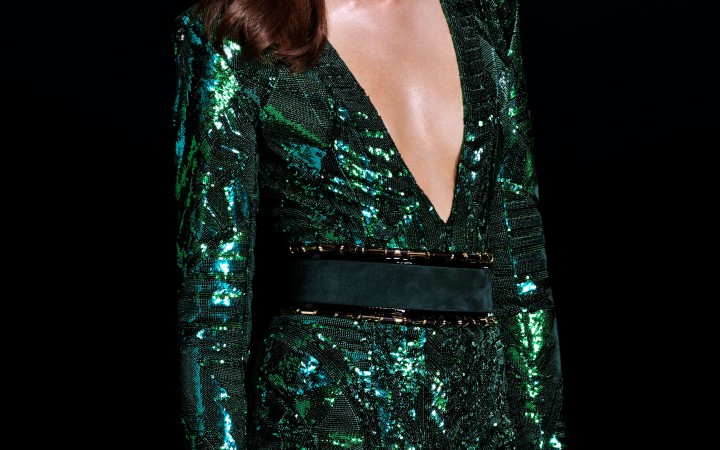 The low cut V-neck green sequin dress is among this year’s most sought after garments. [HM.com]

Yes, at the age of 26 Rousteing managed to glorify the modern age celebrity culture for 20-something year olds.

His dress-up-to-go-out method has created his image as a celebrity himself (Tom Ford’s image has been featured in numerous campaigns for Gucci and later on, for his own brand). 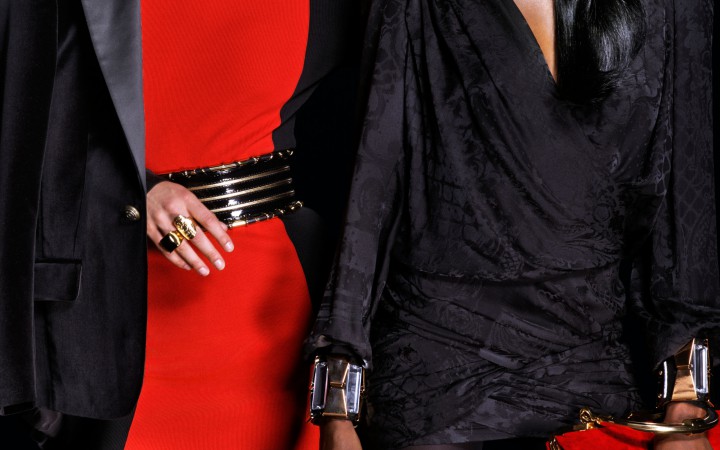 Bordeaux-born designer, Olivier Rousteing has followed these steps more than successfully, which had turned him into one of the most-demanded couturiers in the world, since his appointment in Balmain in 2011.

His initially anonymous take, especially regarding age and race, on the classic Balmain designs had prepared the ground for the explosion of celebrity hype around the brand. 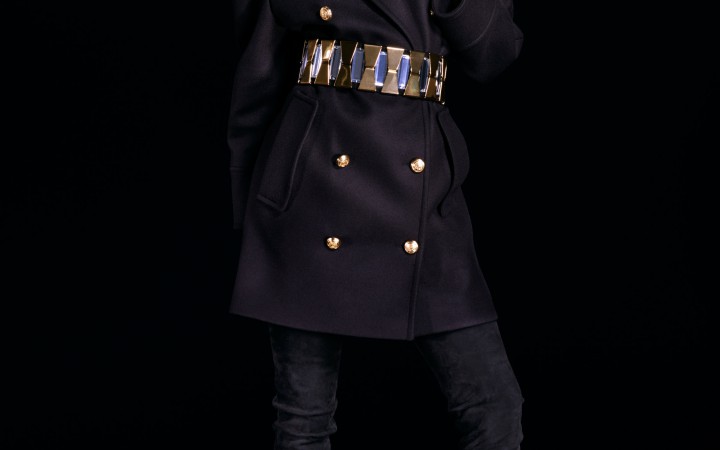 Strong details are a key feature in this year’s collaboration. [HM.com]

In a recent interview with Lou Stoppard for ShowStudio, Rousteing claimed, “luxury is something that’s evolving” and so is high fashion.

In order to celebrate this accessible exclusivity mantra, Rousteing has created a limited edition fragrance, which would be available, worldwide from December 3, marking the approaching festive season.

What he wants to show us with it is that “this is the new Balmain Nation”. After last week’s fashion show that took place in New York, we all saw that this is a complete collection that could be worn in different contexts and yet stay true to the DNA of the French house.

The collection will be available in selected stores worldwide, as well as online at hm.com, from Thursday, November 5, 2015.