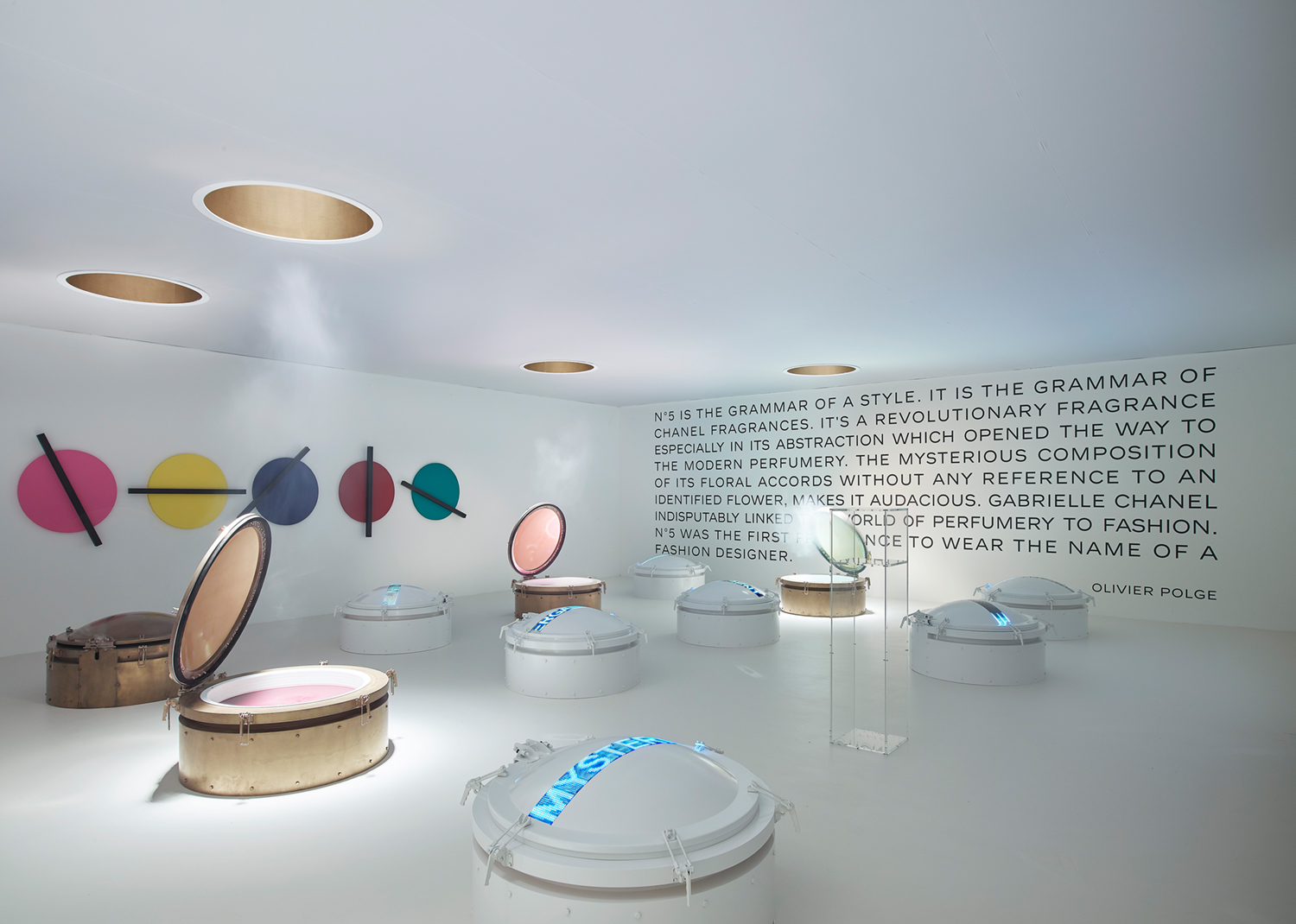 Creative director Karl Lagerfeld’s utter admiration for Gabrielle Chanel’s legacy was almost as haunting as Coco’s ghost, who seemed to be lurking through the specially arranged rooms in the gallery, giving life to the objects on display and finally staging a public discussion with him in a short movie.

Well-known actress Geraldine Chaplin, who has also starred in numerous Chanel movies in the past, has brilliantly recreated Gabrielle’s traditional personification. 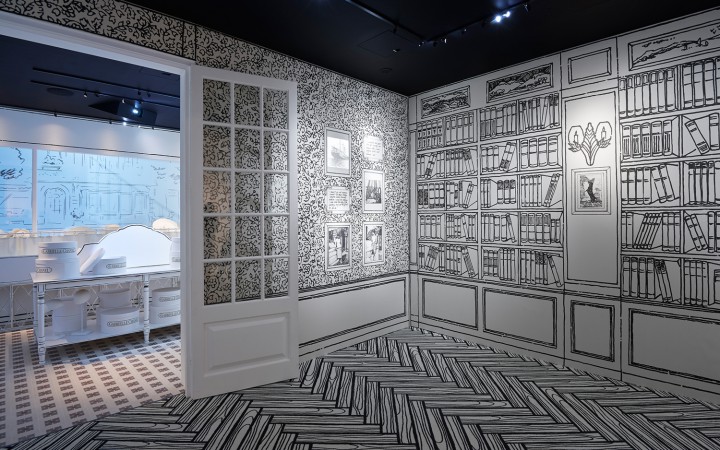 The key features of the exhibition are Chanel haute couture, jollierie and the fragrance that still defines the brand: Chanel No5.

Although not everyone is a big fan of the rose and jasmine-scented perfume (at least not in the younger generation), this fragrance has become synonymous with Chanel’s identity.

The fact that this was among the many founding elements of the brand’s recognition that Gabrielle herself created, it contributes to the mythologisation that Karl pursues throughout the rooms of the exhibition.

Giving an insight into the backstage work is always curious but here we see something else.

Coco Chanel herself was a forward-thinking creative and her approach in work is the main quality, which Karl has successfully attributed and actually manipulated in order to create timeless pieces.

It’s no wonder that he was the first person in the world to own an Apple watch, at an estimated price of $32,000. 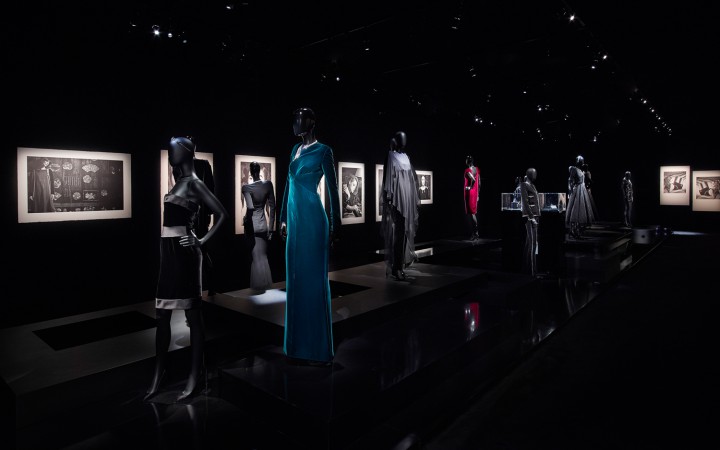 The exhibition is the third that the brand has staged in Saatchi Gallery.

Back in 2012, Lagerfeld collaborated with Carine Roitfeld, the former editor-in-chief of French Vogue for a photographic exhibition called Little Black Jacket.

It was dedicated to the tweed Chanel jacket, shot in Chanel’s private apartment at 31, Rue Cambon in Paris, and featured many of Karl’s favourite women.

Most of them were attending the opening launch party of this year’s event, including Cara Delevigne, Vanessa Paradis, and Georgia Mae Jagger.

Gabrielle Chanel’s spirit could be caught thanks to the mobile app that was key for the interactive installations on the walls, the furniture and the rest of Chanel’s memorabilia.

The actual archive that was taken out of Gabriele’s cupboard included the diamond jewellery designed by the woman herself in the 1930s.