The secret order of the tour guide 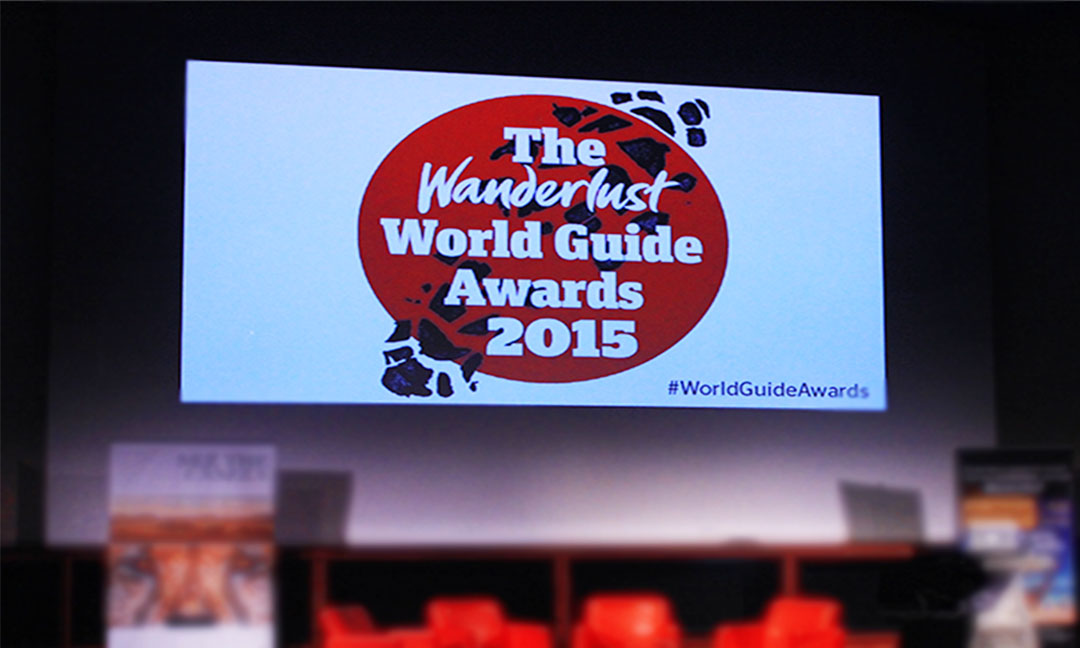 Under normal circumstances, the words ‘World Guide Awards’ wouldn’t mean much to the average Metro-reading, Pret-eating Londoner, but for one night only we were given the distinct pleasure of sharing company with the finest tour guides from around the world, and it means more to some than you’d ever imagine.

Welcome to the 10th anniversary of the Wanderlust World Guide Awards, originally started in commemoration of founder Paul Morrison, who died in 2004.

Paul had forever appreciated the effort and skill of tour guides and after discovering a new area to relieve his wanderlust had always said: “I need someone to bring this to life for me.”

The guides chosen were judged not only on their ability to bring a place to life, but also by their positive impact on the area.

“Do you think zebra would prefer to be more colourful?”
Paul Goldstein

The ceremony itself took place at the Royal Geography Society in South Kensington, London, nested in the main theatre lit by a large projector screen and the scarlet red of the carpets and seating.

Outside, guests with name badges and complimentary drink tokens socialised in a high-ceilinged bar area decorated with portraits of iconic contributors to the geographical world.

What seemed like a calm and sensible awards show held a surprising, audible excitement in the air, a giddy kind of anticipation that suggested these awards hold a certain place in these people’s lives one would never have imagined.

Being shown to their seats, the individual tour organisations grouped together like high school pupils at the back of a lecture, occasionally shouting in jest towards their competitors.

When the finalists entered the room there’s an eruption of applause and hooting from all sides of the room, the adrenaline in the air is unleashed in the carnation of standing ovations and fierce applause.

Phoebe Smith, the editor of Wanderlust Magazine, was the host for the evening and opened up: “I almost teared up at the sound of your response to our finalists” – a statement that invoked even more screaming from the crowd, almost as wild as the animals they base their tours around.

Following Phoebe was a man often described as ‘the rudest man in travel’, Paul Goldstein, an incredibly successful wildlife photographer, he opened his speech stating “in case I insult anyone in the next few minutes I’d just like to let you know I truly don’t care”, as if he was the travel world’s answer to Noel Gallagher.

A man with an ego almost as impressive as his career Paul shared his favourite customer complaints he has received whilst working with Wanderlust, including highlights such as “a falling avocado missed me by an inch… an inch! I was not warned of this”, “do you think zebra would prefer to be more colourful?”, and “we were not informed that there would be this much sand staying near the beach”.

The highlight of the evening came in the shape of an inspiring conversation with Bill Bryson, who shared with the starstruck crowd his recollection of how he ended up falling into his dream job.

“You don’t go into it wanting to travel” he claimed, smiling widely and chuckling to the front row.

Bill’s start came whilst working at a psychiatric ward near Virginia Waters in his early twenties. It was here that he met his wife and fell in love with both her and his surrounding environment. “As I fell for my wife, I fell for England as well”

Discussing the recent release of A Walk In The Woods, a film adaptation of Bill’s 1998 memoirs of the same name, he detailed that despite all of the pain, the arguing with his companion Stephen Katz, and the agony that comes with hiking 2,200 miles through terrain like the Appalachian Trail, “when you walk up a mountain and see an amazing view, you know that it takes that much effort to see what you’re seeing.”

This statement captures everything that the art of travel represents, a reminder of what this evening is really all about, to make sure everyone has the opportunity to experience the world in the most efficient and engaging fashion. 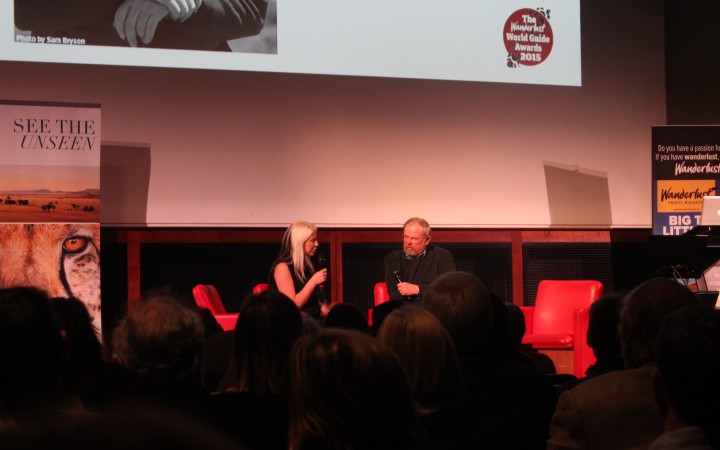 Bill finished up commending the role of a tour guide as well as praising the often ignored beauty of the English countryside: “There are world class, absolutely dazzling landscapes – the place that has a true hold of me is the Yorkshire Dales.”

Previous winners were contacted via painfully awkward Skype conversations and through broken connection we heard where bursary money has been used; to teach English to street children in Thailand and bringing dental care to students of the Chichuchas Wasi school in Peru.

After two hours of speeches, travel stories, complaints and a little bit of friendly bantering with the crowd the results were finally in.

From expert travel advice to thoughtful gifts, Monty sets the bar for all travel guides and is one of the celebrities of this unique and colourful world.

“24/7 while I’m working my passengers are in my head. when they sleep I sleep, when they wake up I wake up,” he states, receiving yet another banshee-style scream from the theatre.

The three finalists were decided from more than 2,000 different guides and chosen by an online voting poll. The successful trio were:

For the final announcement, Orlando and Sue were invited up to the stage while Mark joined us through the social revolution that is Skype.

For the guides themselves, though, the results aren’t all that important and this is made clear by Orlando who takes the reigns while Skype struggles to deliver the results to tonight’s winner

He tells the crowd: “Every guide who was nominated are the real winners for helping and providing for their areas. For my two colleagues and the winner himself, let’s keep this going.”