The crisis threatening the NHS

At 2pm on Saturday, October 17, thousands of junior doctors descended on London to kick off a four-hour march through the centre of the capital.

100 miles away in Nottingham, hundreds of doctors, armed to the teeth with placards and balloons, were massing in the city’s historic Market Square.

Meanwhile, in Belfast, the area surrounding the City Hall quickly became inundated with more than a thousand angry and concerned medical professionals, all of whom were passionately pleading for the government to change their mind.

That day’s concerted protests across the UK were the result of a new proposal to change the terms under which junior doctors currently operate.

But what are the proposals, and why have they provoked such a worried response from those that they are meant to be helping?

Since October 2013, doctors and the Department of Health (DoH) have been locked in a bitter dispute over proposals for a new contract that will bring in wide-reaching reforms to the way junior doctors work.

The current contract, which was introduced in the late 1990s, has been described by the government as being “unfair for doctors and patients”, and they are currently looking to alter it significantly under their proposed changes.

Contract talks eventually broke down last year, with the British Medical Association (BMA), the doctors’ union, accusing the government of being “heavy handed”.

Then, last month, the DoH announced that they were planning on pushing ahead with a new contract in August 2016, regardless of the concerns raised by those in the medical profession. 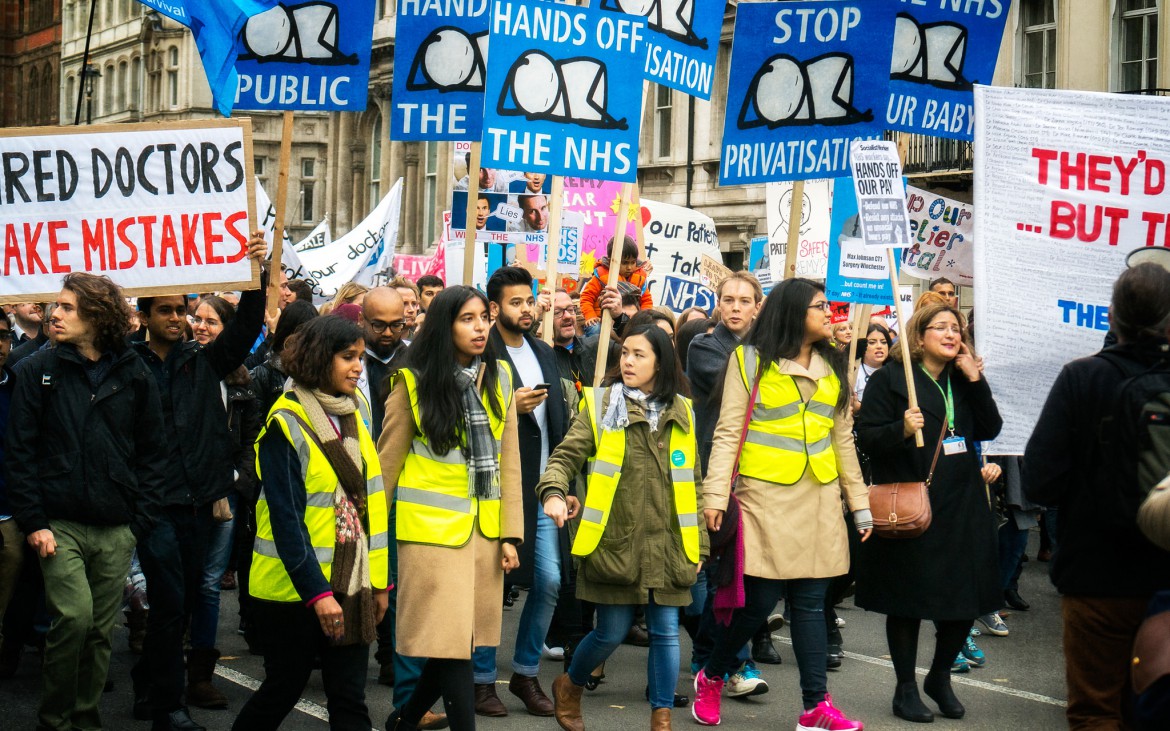 There are many different facets to the proposed contract changes, but the main disagreement centres on the issues surrounding pay and working hours.

Under the proposals, what are currently referred to as “normal” working hours for a junior doctor will be extended from the current hours, 7am to 7pm, Monday to Friday to 7am to 10pm, Monday to Saturday.

This could add up to 28 extra hours to a young doctors’ weekly work schedule, but it also means that they face a pay cut of up to 30 per cent, as the hours that are currently defined as ‘anti-social’ will in future be paid the same basic rate.

While National Health Service Employers, an organisation that represents NHS trusts on workforce issues, has said that basic pay for junior doctors will be increased, the full details have not yet been released, leading many to worry that medical professionals may lose out financially.

Ben Shuker, a junior doctor from Leamington Spa, has witnessed first hand the concern and frustration among his colleagues: “There has been an overwhelming response by junior doctors to the proposed contract,” he told Artefact.

“Many seem very disappointed, and a large Facebook group with more than 50,000 members has been formed, which seems to be the driving force behind most of the action. Although there are differences in opinion, the majority seem to be supportive of industrial action and are frustrated with the proposed contract changes.”

The move to redefine what constitutes normal working hours is largely tied in with the government’s plans to improve the range of health services available at the weekend, a key pledge of the Conservative Party’s election manifesto.

However, junior doctors not only already work on weekends but actually provide the vast majority of the medical staffing on both of these days.

As a result, the government’s plans to redefine working hours has caused further concern to those who believe that they are at risk of having their pay cut.

The BMA has consistently opposed the new contract, saying it will lead to financial losses for junior doctors as well as an increase in the number of hours they are required to work.

Andrew Collier, a spokesman for the BMA’s Junior Doctors Committee, said: “We remain committed to agreeing to a contract that protects against junior doctors routinely working long hours, delivers a fair system of pay, values the vital role of training, and does not disadvantage those in flexible working.

“We have not received adequate assurance from the government that they are committed to achieving these goals, and we urge them not impose a contract that is unsafe and unfair. We will resist a contract that is bad for patients, bad for junior doctors, and bad for the NHS.” 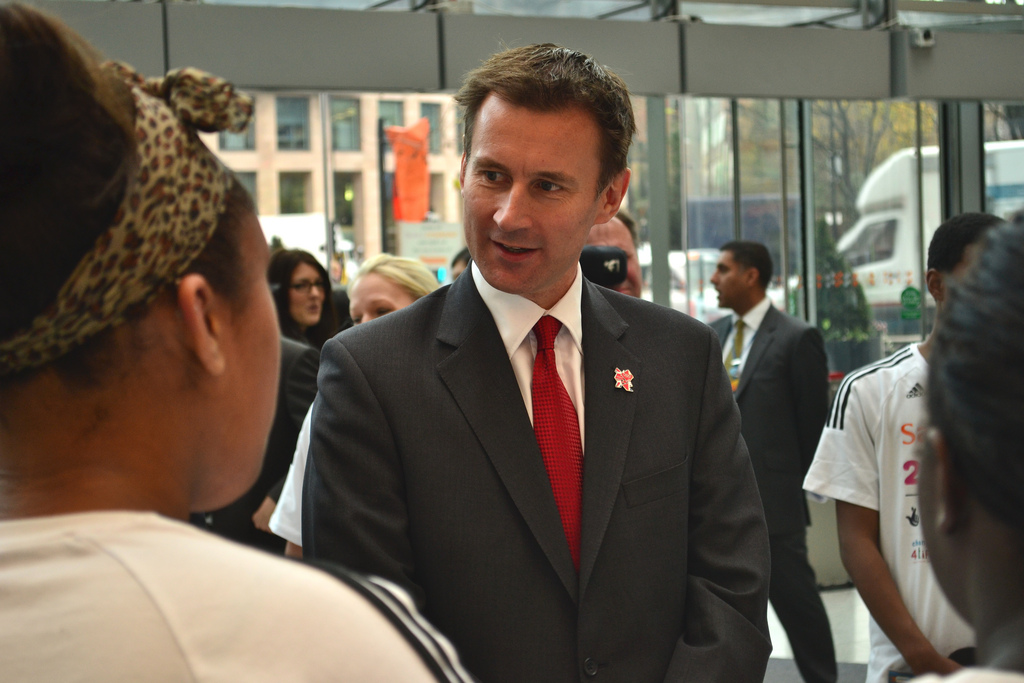 Jeremy Hunt, the Secretary of State for Health [DCMS via Flickr CC]

However, Jeremy Hunt, the health secretary and main architect of the new contract proposals, claims the BMA has “misrepresented the government’s position” and “misled” junior doctors over the new contracts.

“I think it’s incredibly disappointing,” he told the BBC. “We don’t want to cut the pay going to junior doctors, [but] we do want to change the pay structures that force hospitals to roster three times less medical cover at weekends as they do during the week.”

According to Shuker, the government’s election pledge to provide a “seven-day NHS” by 2020 is one that sounds good in theory but is unlikely to work in practice, as the proposed changes to junior doctor contracts will do little to improve the medical services on weekends.

“To provide the level of staffing that currently exists Monday to Friday, when the majority of non-urgent and selective work is carried out, would be beyond the scope of the current budget for health care,” he said.

“The suggested reform to the junior doctor contracts seem to reflect the desire to move towards a truly seven-day service, yet without the funding to provide all of the other essential staff to deliver these services it seems unlikely to make much of a difference if more junior doctors work on a Saturday evening than do at present.”

With an increasing number of doctors taking to the streets to protest the proposed changes, the concern now is that this bitter dispute could lead to strike action.

During the 2012 dispute over doctors’ pensions, medical professionals did decide to strike, and various non-emergency cases – such as GP appointments and minor surgeries – were affected.

This was the first time that doctors had decided to strike in almost 40 years, highlighting a very clear split between medical professionals and the Department of Health that has continued to intensify as both fail to find common ground over contracts. 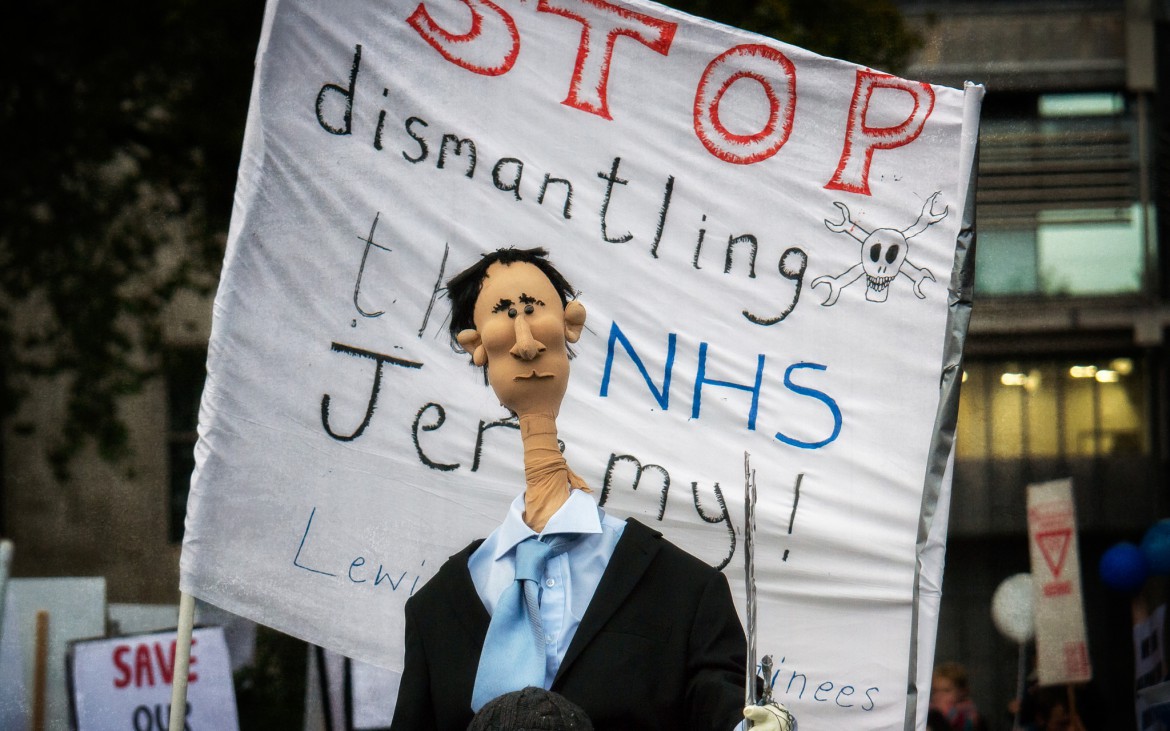 Another possible effect is the impact that the new contract could have on the number of NHS-trained medical professionals that decide to work outside the UK.

Since the government announced their decision to force through the new contracts, the General Medical Council (GMC) has received more than 3,000 requests from doctors who have enquired about gaining a certificate to work overseas.

As the number of dissenting voices within the NHS rises, and with the two sides of the argument increasingly at odds over where to go from here, the future looks uncertain.

The Department of Health and the BMA are set to meet again to see if they can bring an end to the dispute, but with so much disagreement between the two, a quick and painless end to this increasingly difficult saga looks unlikely.

If that proves to be the case, this could end up being one of the most damaging and pivotal episodes in the NHS’s 67-year history.