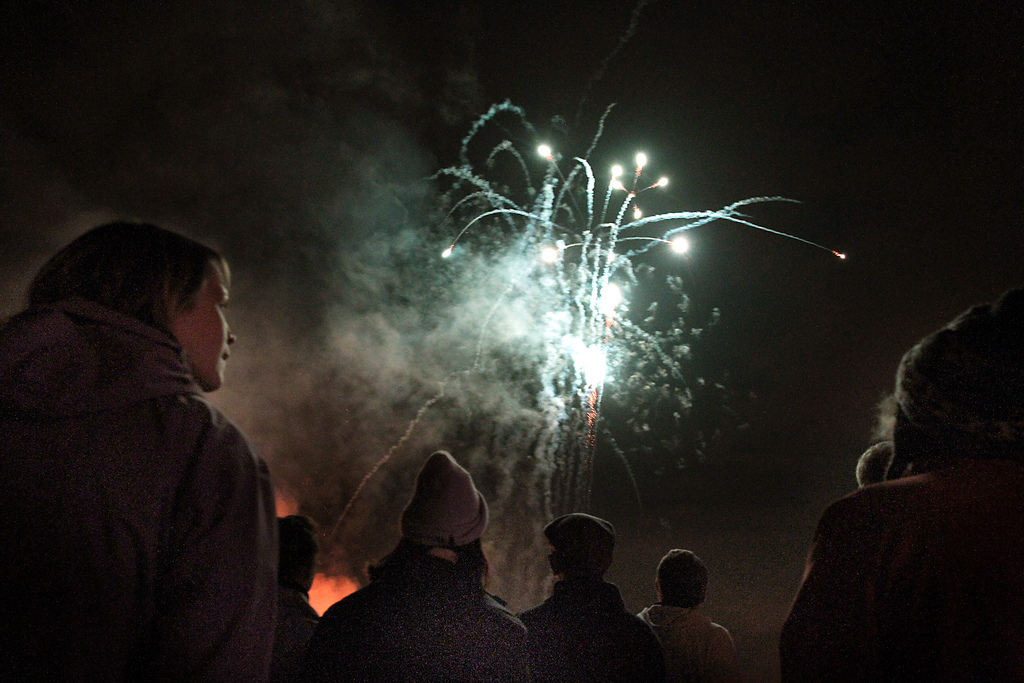 Growing up against a backdrop of distressing TV adverts has left me with a mental scar regarding fireworks, and one in particular has stuck.

Despite the marijuana commercials being slightly too hilarious to deter me, the shock factor of the importance of firework safety always stayed in my mind.

The scene for this advert is a street in Nottingham – picture an attractive lad, strutting down the street on the hunt for some chicas.

He starts checking out some passing girls and the montage cuts back to firework night whilst he mentions he always strived to get the girls to notice him (with fire, obviously).

As he looks behind at the girls you see half his face scarred and a fake eye and says – “Now all the girls notice me.”  BOOM! Unforgettable right?

On the run up to fireworks night it’s inevitable that you’ll hear the loud roar of gunpowder popping all night. I’ve recently noticed the heightened use of fireworks among young people across London.

Unfortunately, my street in Brixton, a hub for underage firework activities, appears eerily foggy with gunpowder smoke as I walk along it, when a child of about 15 points a firework directly at me and sets it off whilst laughing and swearing.

Luckily with my quick reaction time I ducked to the floor avoiding some serious scaring to my face.

The sad reality of feeling like an old woman being attacked by kids aside, this was a worrying affair that leads me to pose a few questions:

I get it, some unimaginative teenage boys like fire and excitement and the possible prospect of getting hurt or hurting others. Boredom is a strange thing that can influence dark ideas of entertainment.

They should take some much-needed advice from The American Consumer Product Safety Commission’s recent horrifying advertisement which takes place on a field; the cast consisting of creepy mannequins acting as your typical moronic firework user.

The Americans, known for their eccentricity, follow through with this advert with exploding hands, heads and watermelons as a clear symbol of what NOT to do.

The concern lies with the a certain innocence regarding fireworks. Occasionally fireworks will be thrown at strangers by young kids for a laugh, but its worrying that they may not know the dangerous consequences of their actions.

Last year saw fireworks being launched at police cars. A Walthamstow Chicken Cottage was recently targeted; and, as funny as it may seem to ruin someone’s chicken dinner with loud whistles, bright lights and possible injuries, it could be fatal.

A growing naivety with fireworks seems to be re-emerging among exciting youths of not only London but worldwide.

The shocking news report of a Halloween horror in Romania’s capital Bucharest as a freak firework accident in a heavy metal club night caused the deaths of 45 and left 180 injured, left the state in disarray with three days of national mourning declared.

A general permit system should be put in place to avoid naive adults encouraging the unsolicited actions of children having in there mind ‘some innocent festive fun’ .

It’s easy to be labelled a party-pooper, “Oh, you don’t like fireworks? What fun are you?”

There are two sides to the firework argument, those whose minds are distracted by the colours and bright shine of these explosive patterns and those who’ve seen the bright shine and echoing whistle getting too close to their face.

The seasonal problem which converts playful, safely-handled products into lethal weapons used by gangs and bored teenagers leaves police overwhelmed with reports and calls, yet not enough force to efficiently assist people.

The nature of this make it difficult for members of the public to feel safe surrounding these festive periods.

The Royal Society for the Prevention of Accidents found that fireworks injure 1,000 people yearly, and the UK Laws allow a wide variety of fireworks to be on sale in the run up to Bonfire Night and New Year’s Eve.

This gives any firework-head enough time to stock up for a year within the permitted times of selling fireworks.

Discovering some of the European laws for firework precautions and sales indicates that Britain has tightened the reins, yet with an unstoppable problem which might only be faintly eradicated through illegalisation.

Compared to Croatia, Iceland and France, where buying fireworks from as young as 14 is permitted shows a clear case of not having as many anti-social behavioural problems amongst their communities.

Ireland has taken strict actions to generally ban fireworks – they can be imported and sold legally to a licensed operator of professional fireworks but as you can imagine, the levels of imported fireworks from Northern Ireland surrounding the festive seasons are constantly rising.

Taking a leaf from Ireland’s book could be beneficial to the streets of the UK – despite the inevitable fact of smuggling fireworks and the distribution of illegal fireworks.

Think of the sweet devilish children who can’t wait to cause havoc with a kid’s equivalent of a gun. I know my traumatised self would feel a lot better about knowing I might not be attacked.

So, without sounding like the biggest fire party pooper ever, remember the guy with one eye, remember the chicken eaters attacked by fireworks, and watch your back when you go out this winter.

The power of the ‘Pink Pound’