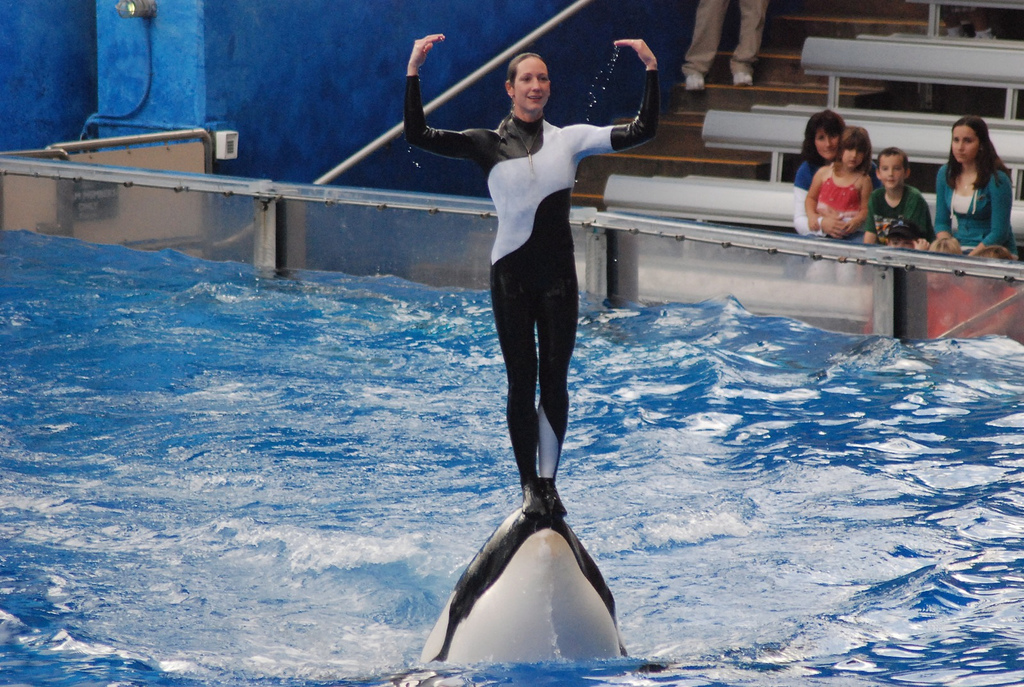 Animal rights activists around the world say they are “underwhelmed” after the marine theme park SeaWorld announced that it will begin to phase out its theatrical Orca shows from its flagship San Diego park.

The last show will take place in 2016, before being replaced the following year by “an all new orca experience” that will focus on “the natural behaviour of whales,” taking place in a more natural setting.

The decision was announced by SeaWorld CEO Joel Manby during a conference call with the company’s investors.

It has not yet been confirmed what this new experience will entail but Fred Jacobs, the theme park’s Vice-Director of Communications, was able to confirm that this is not an initiative that will be followed by the company’s other parks in Florida and Texas.

The decision has come about after the company came under fire for the mistreatment of its sea mammals; ever since the documentary Blackfish was released in 2013, criticising the park and its improper care for animals, the anti-SeaWorld campaign has grown.

“An end to SeaWorld’s tawdry, circus-style shows is inevitable and necessary.”
Jared Goodman

A male killer whale named Tilikum, who featured heavily in Blackfish, has been at the centre of growing public concern after being involved in the deaths of three of his trainers.

Mass protests for the release of the animals began both outside the parks and online, leading the value of SeaWorld’s shares to fall by half within just two years.

Many celebrities are on board with the campaign to #BoycottSeaWorld, including One Direction’s Harry Styles, Matt Damon, and Jackass star Steve-O, who was recently arrested following his climb up an industrial crane with an inflatable whale.

Despite negative press drastically affecting attendance to the parks, as well as the decline in the company’s profits, SeaWorld have yet to listen to the real aims of the activists and release the whales into the wild, although Jacobs admitted the change is the result of “input received”.

The plan seems to be replacing the use of whales for entertainment in favour of their use for education, which still puts them at odds with the mission statement of People for the Ethical Treatment of Animals (PETA), an organisation heavily involved in the campaign for the whales’ release, which says that “animals are not ours to use”.

PETA Foundation Director of Animal Law, Jared Goodman, said: “An end to SeaWorld’s tawdry, circus-style shows is inevitable and necessary, but it’s captivity that denies these far-ranging orcas everything that is natural and important to them.”

It is likely that critics of the company will not be silenced until the captivity and breeding of killer whales is stamped out completely.