Review | Shoot From The Hip! 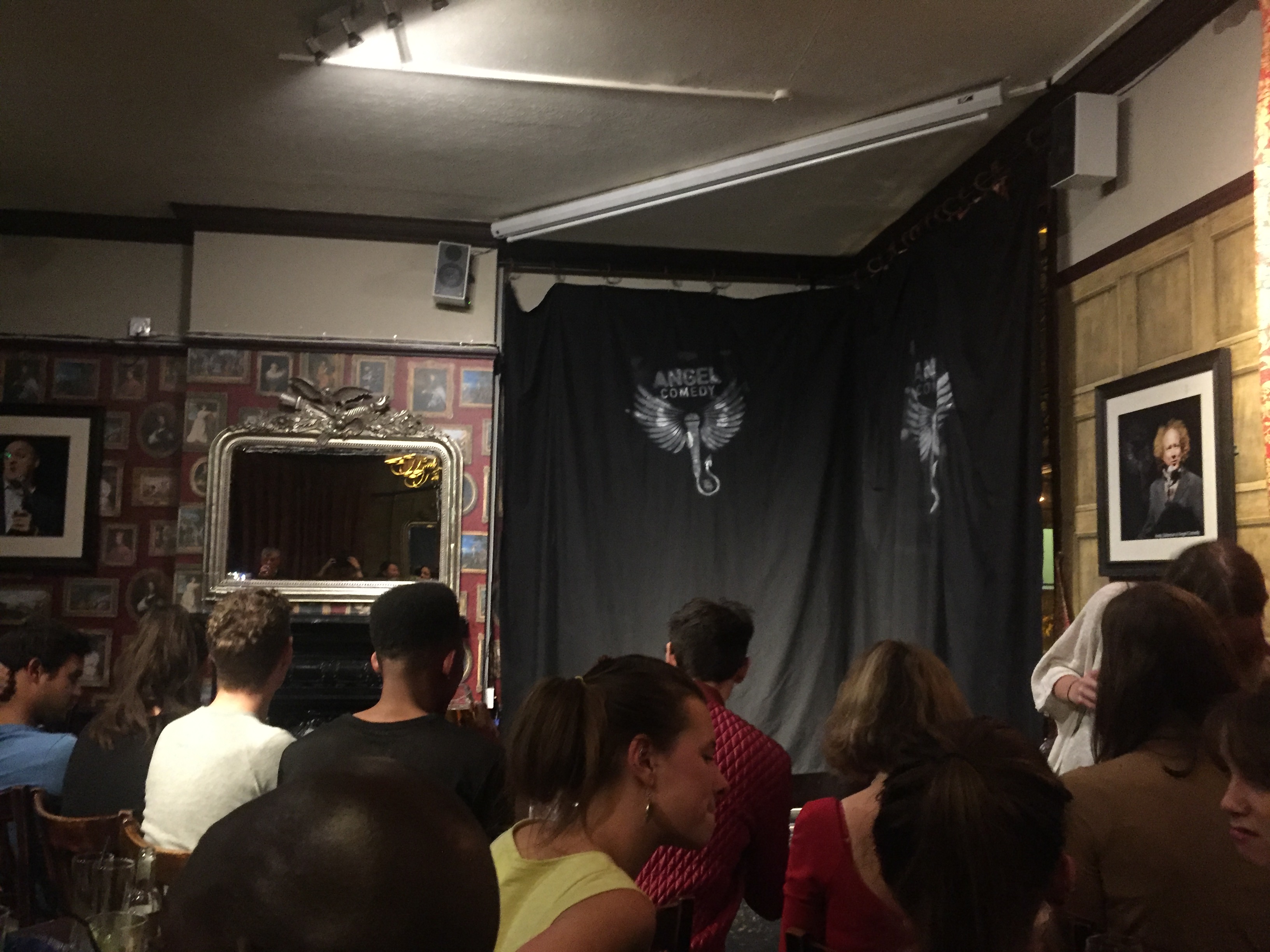 Free entertainment, did you say? We’re all over that!

With very high ticket prices for West End shows and a minimum of £11.90 for a 3D viewing of a movie at a Cineworld in central London (that is with a student discount of course), entertainment in the capital is pricy for most students, so free entertainment is a real luxury!

Angel comedy provides Londoners with free entertainment every single night of the week, with different entertainers for each of them.

The show started at 8pm and there was already a queue at a quarter to; my friend and I got in line and we were each given a number to know how far down the line we were.

I heard a girl in the queue say: “I come here all the time, they’re super funny and they’ve got something on every night, which is awesome.” So that was a convincing start.

Once we got inside, there was already music playing and a line of people dancing and singing to it.

When the show started, three comedians came on stage and introduced themselves. There was a lot of audience involvement throughout the night and they based most of their acts on our suggestions.

None of the acts were scripted, so they really relied on what the audience said to perform.

The first half was about 45 minutes long and one act required books from the audience.

The idea of the game was that the two comedians with the books are only allowed to say lines written in the books while the other can speak freely.

They asked for a place and an audience member shouted out some suggestions, so this is where the players started.

One of the books they got was in Spanish, which made it more difficult but also even more amusing for the audience to watch.

Another act involved various yoga positions. The performers had to take yoga poses influenced by different genres, ranging from drama to thriller. It began with change of genres to change of language.

One of the guys would stop the scene and ask the audience for a different language.

Italian, Japanese, and Somalian were some of the languages or accents that they had to speak in. That’s where the first half ended.

“For those of you who have never been here before, the drunker you are, the funnier we are,” said Sam Russell at the beginning of intermission.

A lot of the audience members went down to the pub to buy a pint or two and came back ready for the second half of the show.

During the intermission, I got to talk to other members of the audience who were really enjoying the show.

One of them, called Sanjay, told me: “Yeah, this is our second time here. We came here a fortnight ago and we really enjoyed it.”

“You know Angel comedy? Maybe we can go there, I was there last Monday and it was excellent,” my friend told me when we were trying to figure out what to do on that Monday evening.

The second half started with a gangster story, which took most of that half.

There were a lot of pasta jokes with the names of the different characters and they also added jokes about young 10-year-old boys who came to America looking for jobs.

They improvised their way through the story and it was absolutely brilliant!

The evening ended with a guessing game: one of the comedians had to leave the room and come back being late for his job, while the other two worked out with the audience the reason why he was late, how he got to work, what his job was, and who he was.

We had to think of the most unrealistic and difficult reasons that then one of them had to mime.

He ended being late because in his spare time he was a superhero that saved dolphins, who rode a pencil from another dimension to his job as the red shell from Mario Kart and later on learned that he was Australian singer and songwriter, Peter Andre, who is famously known for his song Mysterious Girl.

It was definitely a very enjoyable evening and something that I will be taking more friends to.

It’s not difficult to get there as it is about a two minute walk from Angel Tube station.

I made a donation on my way out for the comedy club which I recommend people doing, to help Angel comedy keep their shows free, for anyone to go to.