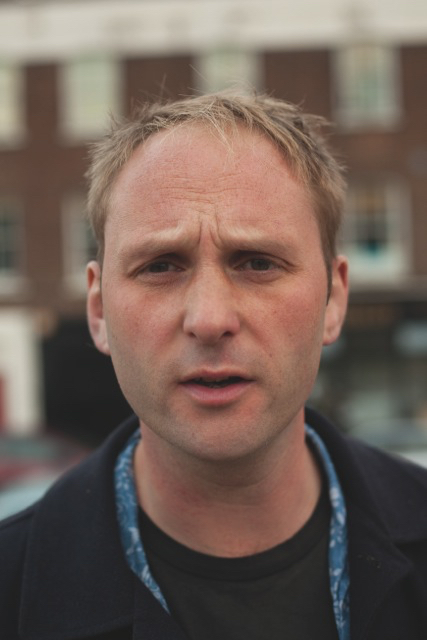 It is 11am and a group of young men are ready to begin the session; some have prepared lyrics beforehand, some lyrics that move you and others that simply express a desire, but each with the intention to evoke emotion.

For many of them it is the first time they will perform outside of their bedrooms; one man sat quietly with little confidence, unthreatening.

“He blossomed into something unlike anything I have ever seen before. He has been an extraordinary example of someone who has taken our project and ran with it,” says Robin Harris, co-founder of Finding Rhythms of his work at Springhill open prison, collaborating with convicts in London’s Prisons to help them turn their lives around through the medium of song.

“He has really turned his life around, given him this huge amount of positivity and self-belief through finding a skill that he didn’t even know he had.

“What we are trying to do is lead them to a very important core of who they are through creativity” adds Robin as he discusses the important and remarkable work his charity and others like his are doing to break the cycle of re-offence.

“Music is an incredibly powerful, abstract art form. If prisoners can find that musical self it opens a whole world of possibilities. It taps into a very pure and innocent place, if you immerse yourself through music properly it is impossible to come from a place of malice.”

In statistics released by The Department of Justice 59% of all convicts reoffend within the first year of being released from prison, with the figure climbing higher looking at young offenders.

“One of the most difficult things I experience in my job is seeing a lot of sad, lost young men who are still caught up in a world of trying to be the top dog. They have so much energy, and this need for immediate gratification in what they are doing. That’s a very difficult environment to be in to help grow a young man,” says Robin.

Finding Rhythms provides these young convicts with an outlet to express themselves and to be heard for many, the first time; existing in a society that has repeatedly failed them.

They are encouraged to channel their experiences, their emotions, and provided with an outlet to express themselves, rationalise behaviours and gain a deeper understanding of themselves.

When discussing the general attitude held by the public on those with criminal convictions Robin expressed his desire to see change: “This general attitude of ‘lock them up and throw away the key’ I struggle to relate to, because in the capacity in which I enter the prisons, whether I am in front of a murder, or someone there for petty theft, I am there to give them a positive experience to better their life outcome, which ultimately I don’t see as in individual gain. I see this as society’s gain.”

Based on that assessment, it’s easy to see that the restorative justice system that we have in Britain, whilst it restores justice to the public, to the victims of crime, what it fails to take into account is that unless these behaviours are changed, the prisoners will be released onto the streets and continue where they left off.

Robin explained the need for more creative rehabilitation in prisons, saying: “We cannot just bang dictionaries and maths over peoples heads, we kind of have to try to think of clever innovative ways to take the prison population and think, right, how can we get them back onto the streets into a safer, and better life. As the public we need to be open to progressive ideas.”

In a study conducted by the Social Exclusion Unit in 2004, it was revealed that 70% of the prison population is suffering with two or more mental illnesses; many have continuously been misdiagnosed, and prisons were rife with illiteracy.

They encounter mental health issues with every group that they meet, that Robin believes have not been properly diagnosed with “learning difficulties, illiteracy, the places are just abundant with things like that.”

He believes that had the prisoners just been able to get through school, if they had been properly diagnosed; been provided with the continued support from the government and those surrounding them; had they been taken out of this environment with no stigma attached to crime, their lives would have been completely different.

“These people in my experience, have not been given the relationships and stability in their lives from birth. They have been continuously let down throughout their lives, and have therefore developed this attitude towards the system which means they don’t feel an obligation, and this sense of self respect where they feel they must stop themselves from committing these crimes.”

Robin believes that the figures surrounding the 50% re-offence rate are helping to perpetuate the stigma surrounding offenders as they do not examine the lives of those people doing the crimes, where there has been a chain of causality in their lives.

One of the most important things that companies such as Finding Rhythms allows these young inmates to do is to “provide them with the opportunity to reflect on themselves creatively and positively”.

Without this simple ability they often only hold this negative opinion of themselves that they are constantly being told by those around them.

As Robin says: “When they are finally being treated as human beings, 99.9% of the time, this respect comes back to us.”