Red in a sea of blue 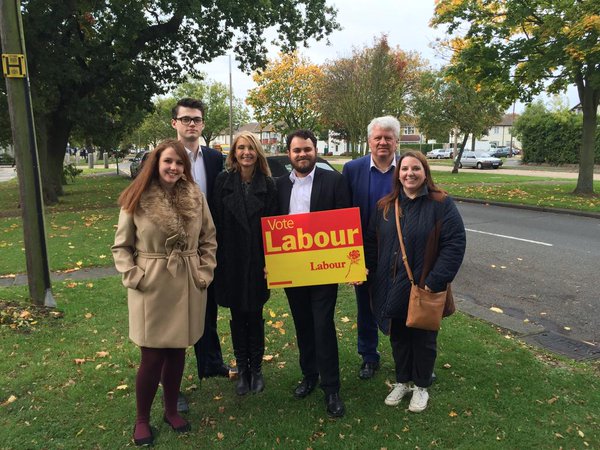 By the look on his face and the angry grip he took on his pint as he raised it to his mouth for a swig, I could tell that I’d made Tom angry.

It was June 2013 and I had broken one of the unspoken rules of the pub and voiced my disproval at some boorish Conservative minister that was haunting the flat-screen TV installed at the end of the bar.

“Do you know what the problem is with you lefties?” Tom slurred (it was his fourth drink), “you don’t know how anything fucking works in the real world!”

Tom is a little shorter than me, a year older and at completely the opposite end of the political spectrum.

I’ve known him for most of my adult life and for a long while he was my best friend. For years I was forced by my neurotic need to be polite to listen as he berated me over my choice of political position.

Once, seemingly in an effort to parody his own right wing stance, he called me a “bleeding heart”, an insult that I thought died out in the 70s.

As with all Tories he eventually moved away to study law at some university somewhere in Middle England and the heated arguments as to whether or not the poor deserved to be able to pay for food tapered off as I met a group of friends at my sixth form that shared my personal ideology.

But he was not a wingnut outlier, Southend-On-Sea (the town where we were both born) and the areas surrounding it were fiercely Conservative, and it’s been a safe Conservative seat for nearly as long as anyone can remember.

So what does it mean to be a Labourite in such a place?

I can certainly tell as to how it felt growing up as a Labour supporter but that’s a story that’s been told a hundred different times by a thousand different writers.

Consider this instead: how does the local Labour party, who have no realistic chance of being elected, operate in such a place? Why do the minority of Labour supporters in Southend continue to support them?

The London Road is one of the main streets in Southend, stretching all the way from the high street into the heart of its namesake.

The road also serves to bisect the town into two sides: the poorer northern side and the rich southern side, two tribes that stare across the pavement at each other with undisguised disdain.

The town’s Tory headquarters sits on the edge of one of the richest areas in Southend, five minutes away from the sea. The attached clubhouse, its snooker table and fully-stocked bar visible from the street, is members only.

On the other side of town, north of the London Road, one can find Southend’s Labour headquarters, nestled between an Indian restaurant and a small accountancy.

The front is battened down with anti-vandalism bars and the inside epitomises cheap and cheerful: the carpet is an off-yellow, a slightly battered plastic sign leans against one wall and spells ‘LABOUR’ in huge yellow block capitals.

Framed election posters from campaigns past dot the wall – the whole place gives one the impression of a cozy and optimistic office building.

The interesting thing about Southend is that despite the fact that the Tories enjoy an almost guaranteed MP seat, the council is actually made up of both Labour and Tory councillors and is jointly controlled.

In the Labour headquarters I spoke to two Labour councillors (unnamed at their request) about what it was like to work as a Labour proponent in this area.

They were happy to talk to me but cautious in the expression of their views. My questions were answered in a very professional way, they weren’t blunt but they weren’t forthcoming with what they personally believed.

Instead of an insight into local politics and the struggle of campaigning for the minority, I learnt more about the councillors themselves.

When I tried to ask them how they felt about Labour’s new leadership and the resulting swing to the left I was given a single word reply: “conflicted”.

Caution was most certainly the watchword of the day. I was left with the distinct impression that they thought I was trying to trick them, as if I was a spy dressed in blue, sent to disrupt their little enclave.

Despite this stringent professionalism I did learn a few things that I believe said a lot about the Labour disposition.

For one, both of the councillors expressed how voting and aligning themselves with Labour were almost family matters for them; their parents voted Labour, their children voted Labour and they themselves voted Labour for as long as they were able to vote.

Compared to their Tory counterparts, they came from more humble beginnings. According to them this puts them more in tune with their constituents and their needs.

Both of them seemed to exude a very positive and hopeful energy. Coupled with that and the fact that they had both successfully run for spots on the council, one could be forgiven for hoping for some change in this safe Conservative seat. The red is slowly diluting the blue.

With this in mind, how do the public feel about the Labour party?

It’s raining in Southend and I’m delivering letters. My mother, a Labour volunteer, has received a package of about 200 envelopes that need delivering.

The envelopes are stuffed with information about events and issue that Labour supporters in Southend can expect in the next few months.

I’ve offered to deliver them in hopes of talking to some Labour voters at the grassroots level. In general, the public are a friendly bunch but out of the 100 or so homes that I’ve delivered to, maybe three have taken the time to speak with me.

Later, after I had posted the final envelope through some anonymous letterbox, I had managed to speak to 11 people (four of whom asked not to be mentioned in the article).

What I was left with was a nuanced and frankly fascinating portrait of local politics – one man, a second generation Indian immigrant, told me his frustrations at the all-white council.

He was happy with the job his local councillor was doing overall but sighed: “I just wish there was someone who looked like me.”

An elderly retired dentist told me that he had stopped paying attention to the local elections years ago, “…before you were born,” but was very excited about the election of Jeremy Corbyn. “A proper Socialist,” he exclaimed with glee.

The most interesting thing I learned from speaking to the public was the unrivalled adoration for Jeremy Corbyn.

This went directly against the edict of Southend Labour, who had endorsed Liz Kendall in the election race.

The local Labour meetings and surgeries are very well attended and so it cannot be said that this endorsement was not heard by the public.

What does this mean to Southend Labour? Is there a fundamental disconnect between what the public wants and what the party wants?

If there is, it might explain why the party always seems to be in the minority in this small, distinctly blue, town.