What’s so wrong with a weekend binge? 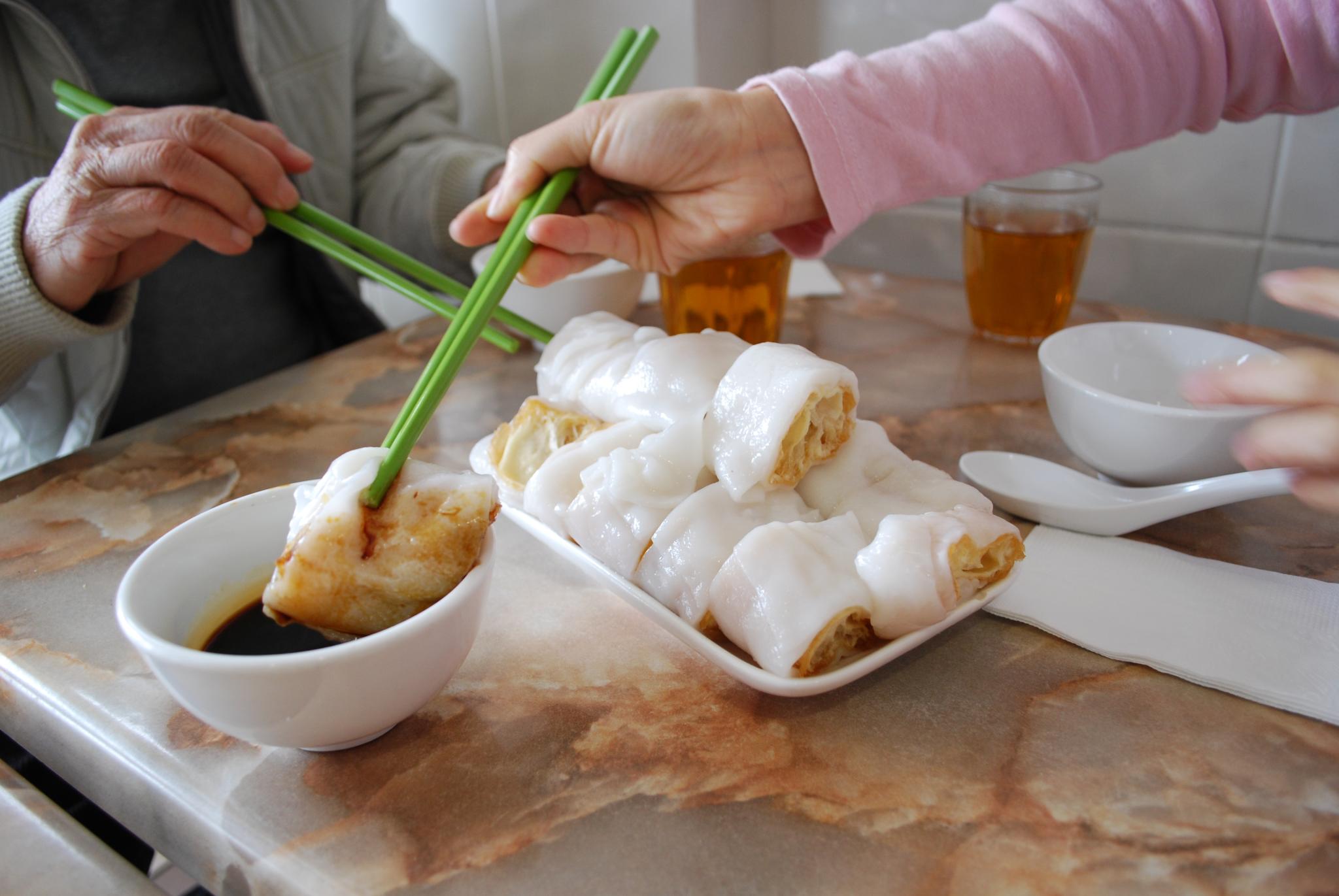 In today’s society we are all super conscious about the amount of calories in food and drink. We are helpfully (and depressingly) informed on the packaging of most items we purchase in supermarkets just how many calories they contain.

But when walking around the streets of London late on a weekend, it is almost impossible to miss the endless rows of bright coloured fast food joints that line the high streets, filled with strands of desperately hungry people with oozing takeaways in their hands.

In that moment after a late night, does one ever think twice about how many calories are in that greasy kebab or Big Mac? or why we tend to gravitate towards them?

These people are not just drunken youths who indulge in a late night feast. After carrying out our own survey we found that there were people of all ages and levels of in toxicity who simply craved a bite to eat after a long night.

With the growing number of fast food restaurants scattered around London, how can you resist?

The Mayor of London calculated in a recent press release that 8,273 fast food shops have been opened around London, so even without the booze one might argue it is hard to avoid occasionally sinking your teeth into something greasy after a hard week’s work, when you can’t be bothered to cook.

If we do indulge on the weekends, as a treat for that long hard week we have had, are we doing ourselves any real damage?

Our findings have revealed that even if you make sure you eat healthily during the week, if on the weekend you find yourself constantly reaching for the takeaway menus rather than taking the time to make a healthy nutritious meal, it could have negative implications on your weight, health, and even your behaviour.

When we asked one hundred people around London what their favourite takeaway or fast food was, Chinese cuisine was a clear winner. Although Chinese may not be the unhealthiest option out there it is definitely still full of unhealthy properties. 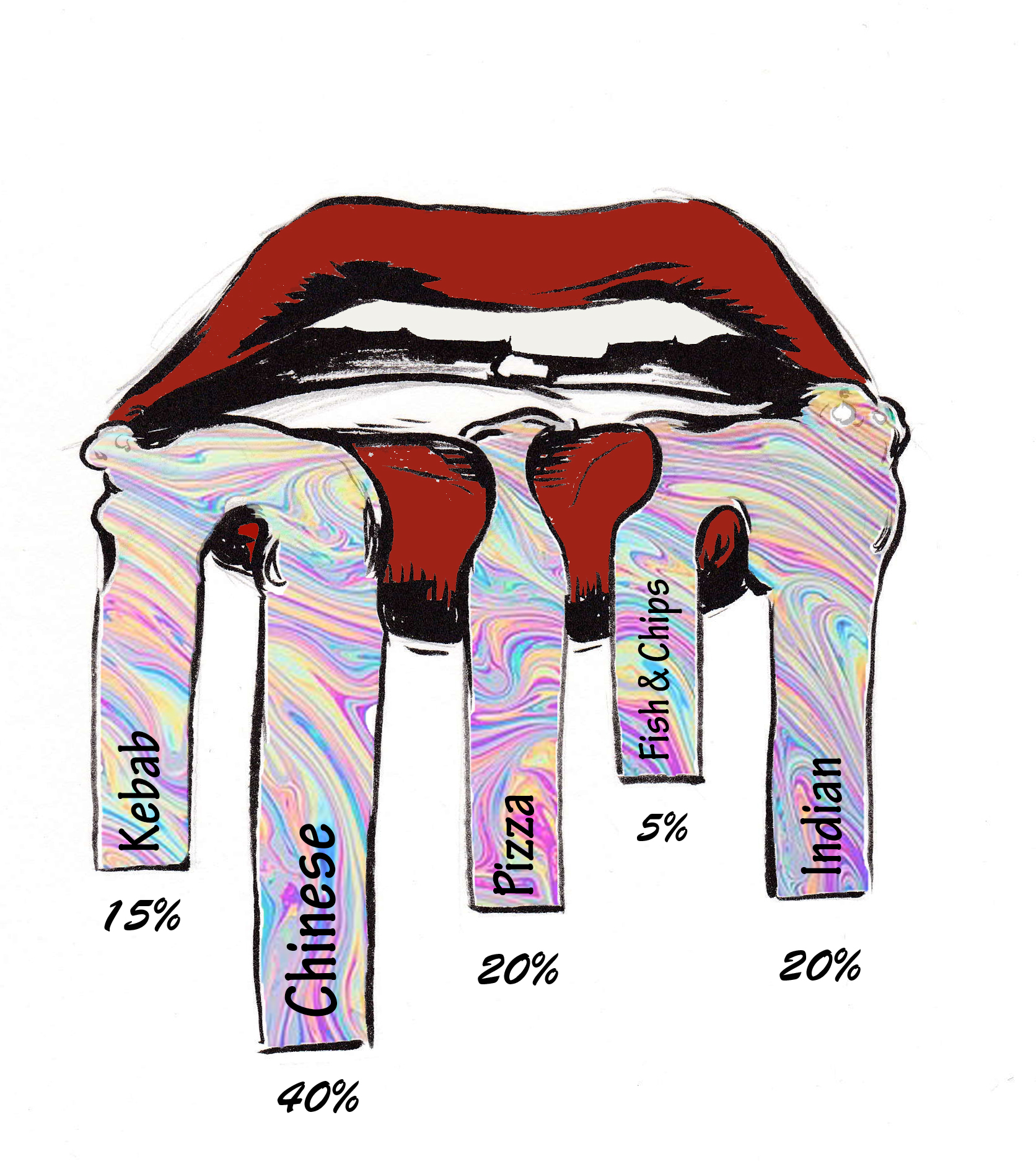 If we look at what is put into most takeaway foods, we will find that they often have a very high level of salt, sugar and fat, of which most is saturated. All these things could lead to obesity and other health issues.

The World Cancer Research Fund has also found that high levels of salt in a diet can increase the risk of stomach cancer.

But health is not the only thing that a diet filled with fatty foods and takeaways can do to us. Psychologists claim that constant bingeing can affect your behaviour and be a result of depression and loneliness.

Dr Rachel Callaby, a freelance psychologist who is interested in the field of eating behaviour, said “there does seem to be a trend that people who feel lonely or depressed look to fatty foods as a form of comfort and others seek it as a reward for a long weeks work.”

She also referred to a study in 2009, which even suggests that eating a diet of fatty foods such as those found in takeaways can increase the risk of depression.

Whilst there may be a debate about cause and effect, a study by University College London showed in contrast that the levels of people suffering from depression was lower among people who ate healthier foods such as fruit and vegetables.

Evolution too can help explain and shed some light on the reasons why our taste buds tingle for foods with a higher fat content.

Gibson and Wardle in a study in 2002 found that children could decide whether they liked a food or not depending on the calorific value of the food.

At a young age it seems we are already able to comprehend that calories are a form of energy and so foods with a high fat and sugar content are desired for times of need when fat reserves can be changed into glucose which help the process of turning calories into energy.

When humans were hunter-gatherers, they caught animals only infrequently and relied on wild plants for food,  so eating fat was something to be cherished.

In modern days we have unfortunately not lost that desire to eat foods rich in fat and because of its availability we tend to over-indulge and eat it in dangerous amounts.

But at what point does binge eating become a serious problem?

Dr Callaby suggested that “it’s not harmful to occasionally binge, people do that all the time, but when people show signs of eating in secret, eating when they are full or until they are uncomfortably full, and frequently dieting without signs of weight loss, that is when they may have a medical problem and should seek help.”

You may think that if you eat healthy throughout the week, that a binge on the weekend is not a harmful act.

But Anna Daniels of the Association of UK Dieticians explains that “anyone that is binge eating on the weekend should know that it will still affect their overall health. If you overeat at one meal, excess calories will be stored as fat.”

It is clear that allowing yourself a treat on the weekend is perfectly fine, “however, if someone is going to binge eat, which would mean they are eating large quantities of food in a short period of time this indeed would affect their health and well being,” says Daniels.

So why do we eat after a night on the town, which may have involved a few too many shots?

In contrast to common beliefs there is no scientific evidence to prove having something to eat will get rid of your hangover or even make you less drunk.

Water and a good night’s sleep is your only friend when it comes to that. So what is that craving that takes over for something greasy?

Daniels told Artefact that “alcohol is an appetite stimulant and also causes our blood sugar levels to drop which may also be one of the reasons why someone would start to feel hungry.”

Alcohol can make you do things you wouldn’t normally dream of so it’s not surprising that she goes on to say “when someone consumes alcohol they are more likely to choose unhealthy high fat foods and they are less likely to care about eating healthy.”

Clearly, in most cases people just like to treat themselves on the weekend and a take-away every now and then is not going to be a problem.

But a word of warning: think twice about the foods you put into your mouth and how much of it you consume. Even a single day of bingeing can cause weight gain and over time more serious problems can emerge.

Just remember, if the early human hunter-gatherer societies could see how much hot meat we consume these days, they might feel rather ill!