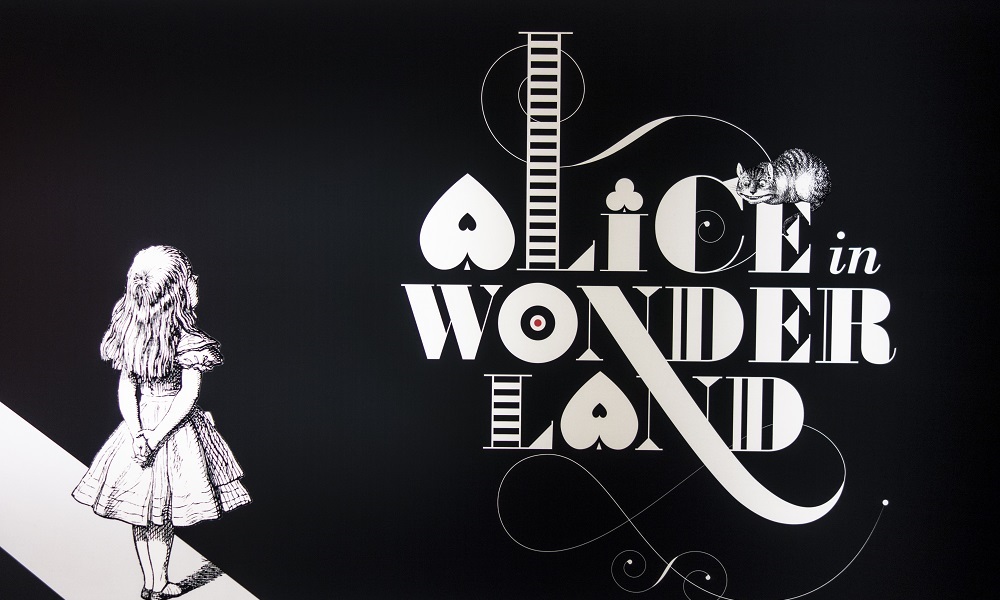 In celebration of the 150th anniversary of Lewis Carroll’s Alice’s Adventures in Wonderland, the British Library has put on a free exhibition that allows the public to take a trip down the rabbit hole into the shrine of all things Alice and look into the history of the renowned story.

Carroll’s novel has been widely recognised internationally, and is often considered a reflection of Britishness; scenes like the Mad Hatter’s tea party remain timeless and quintessential to British culture, while the exhibition brilliantly showcases the extent of the novel’s success.

We are taken straight into a fantasy world, and are greeted with large illustrations taken from the story, which are displayed around the entrance to the show.

The large wooden graphic designed artworks direct us to “Go that way” and “Drink this” just as they are described in Carroll’s classic.

I took a quick glimpse into the looking glass before stepping into the heart of the exhibition. 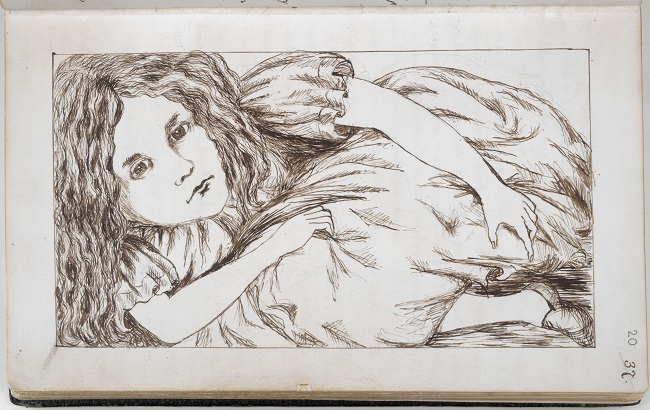 An illustration of Alice from the original manuscript [British Library Board]

Alongside the story is Carroll’s diary where he elaborates on characters from the story, and recalls when he first created the novel.

Alice’s adventures were initially created when Carroll told the tale on a boat trip in Oxford in order to entertain the Liddell sisters – the daughters of a friend.

It was Alice Liddell who then later became the inspiration behind the main character; she urged Carroll to physically write down the story, which was then gifted to her two years later.

The manuscript was then sold numerous times, gaining huge status each time, which then increased the book’s value significantly.

The manuscript has recently been showcased in Philadelphia and New York before returning home to the British Library. 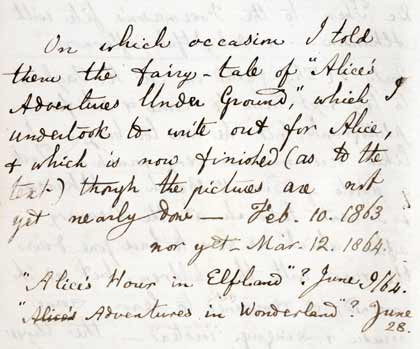 A page in Carroll’s diary [British Library Board]

The story’s surreal context appealed to many, as it broke the traditional values that were normally expected of in a children’s book written in the Victorian times.

The characters remain unforgettable and each have their own unique personality.

Alice’s inquisitive nature can be viewed as a bad influence on children as she often breaks the rules.

Characters like the caterpillar and Cheshire Cat remain symbolic due to their strange behaviour, which is famously linked to the drug culture that was popular at the time.

The use of opium was legal when the book was written, therefore becoming common among artists and writers.

It is still questionable whether Carroll was using the drug himself, but it’s clear he acquired the ability to escape the norm.

His novel includes bizarre occurrences that could be interpreted as being influenced by extranormal consumption – a prime example of this being when Alice drinks potions and eats mushrooms that change her physical state.

Amid various installations, the exhibition offers the chance to listen to a collection of songs that are inspired by Alice in Wonderland.

Songs from film soundtracks feature on the playlist along with songs from modern bands like Franz Ferdinand. However, Jefferson Airplane’s White Rabbit stood as the most relevant, as its lyrics reference the various specific psychedelic parts of the story. 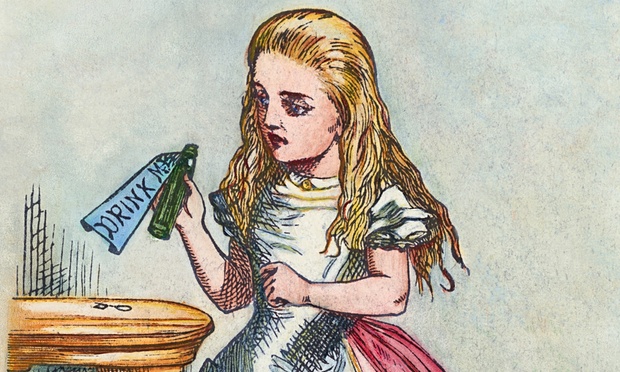 The surreal imagery used in the fiction became popular a influence on artists; posters, artworks and films are displayed from renowned artists like Salvador Dali and Tim Burton, who showed particular interest in the story.

Wonderland has such a wide spread following from all age groups regardless of it being marketed as a children’s book. It gave adults a new perspective as Carroll seamlessly summarises what it’s like to be a child in the adult world.

Absurdities in the story such as playing croquet with flamingos and talking animals are exactly what separated Carroll from other authors.

His style of writing was considered as literary nonsense as a genre, for having no sense of truth. Irrespective of this, it has gained wide success and has been translated into numerous other international languages.

Happenings in Wonderland soon became a popular trend in retail and advertising as the characters became iconic, making them the ideal factor to sell products.

Carroll’s characters are so memorable that when Guinness used the catchphrase “Off with its head,” which was taken from the Queen of Hearts, with no explanation needed.

Alice-themed tea sets, toys and games were made and sold in masses during the peak success of the book. New merchandise can even be bought from the pop-up gift-shop that has opened in union with the exhibition.

It has been made clear that the story has remained relevant in society over the last 150 years, as we see an array of adaptations and reworks from other authors.

Alice’s story seems to be written over and over again, adding a new twist or style to the classic tale each time.

There appears to be a different Alice for every generation (Disney’s Alice being the most recognisable), and we see her character evolve with time and even change hair colour.

The displays allow us to choose our favourite and compare them to the others. It seems Wonderland is a world that remains relevant and intriguing to a large majority of people.

It’s a form of counter culture that will never die.

You can catch the Alice in Wonderland exhibition at the British Library, 96 Euston Road, London, NW1 2DB until April 17, 2016.

Featured image from the British Library Board