Game of Loans: The rise of Generation Debt

The UK is now facing the emergence of Generation Debt as students and graduates will face higher repayments after the £21,000 income threshold at which borrowings must be paid back was frozen for five years.

This change is thought to hit hardest the graduates on low and middle incomes close to the earnings threshold.

The current student loans were put in place in 2012. Even though back then the government pledged that from April 2017, the £21,000 figure would be raised each year in line with average earnings, it now intends to freeze this threshold at £21,000 until April 2021 at the earliest, despite recent strong opposition. 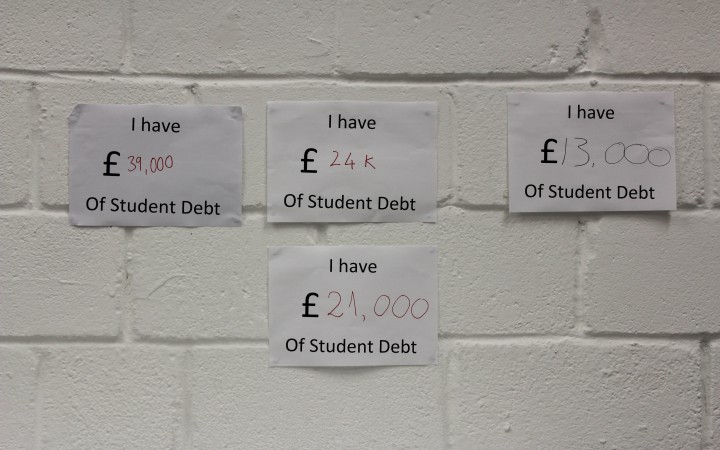 “This increases the financial commitment of borrowers to repaying their loans,” says the report from the Department for Business, Innovation and Skills.

Sorana Vieru, NUS vice-president for higher education explains that this means “graduates would end up paying more each month than the loan scheme previously promised and publicised when students took out the loan.”

Students are the new targets for the market created for Higher Education which offers loans to pay possibly until their 50s. Due to limited income, most students depend on credits, overdrafts, credit cards and payday loans to access higher education.

The Student Loans 2011-2012 contract states: “You must agree to repay your loan in line with the regulations that apply at the time the repayments are due and as they are amended. The regulations may be replaced by later regulations.”

“Projections for home students starting their degree in 2016/2017 are average debt levels of £40,500 and £53,000 including maintenance loans for a three year course,” said Johnna Montgomerie from PERC, speaking at the ‘Students in Debt’ event organized by Goldsmiths University of London.

Also according to Montgomerie: “Debt creates a future where you are always paying for the past.”

At the ‘Students in Debt’ event it was discussed that an anonymous university vice-chancellor declared: “There is quite a lot of evidence that students and parents don’t really understand the new financial system, so you could play around with it quite easily.” 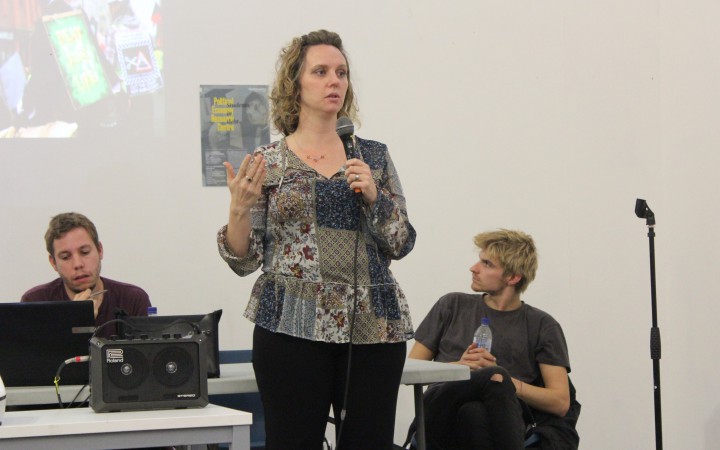 Looking to the tuition fee system in the United States, according to PERC Goldsmiths this is a ‘ticking time bomb’ as the young are shackled with mountains of high-cost credit that will take decades – during their prime earning years – to pay off.

When the new student loan iteration was introduced for 2012 new starters, the Coalition government declared that the repayment threshold would be set at £21,000 in 2016 and rise annually in line with average earnings thereafter.

It is also important to know that there are two major types of loans. Income Contingent Repayment Loans(ICR) are monthly repayments which are determined by income and not by amount borrowed. Income threshold (gross) and repayment rate as marginal percentage determines the level of repayments.

This is distinct from fixed period repayment loans which have a balance cleared within defined period. Income accruing on balance may be greater than monthly repayments.

In the UK the repayment threshold for the year 2016 is £21,000 with annual uprating in line with average earnings. The repayment rate students have to pay is nine per cent of the gross income over threshold.

In terms of interest rates, these are RPI (Retail Price Index) + 3 while studying, tapering afterwards with RPI + (0-3) and treasury discount rate of RPI + 2.2. The write-off policy is 30 years after repayments become due which means graduates from 2015 will finish paying their loans by 2046.

The Bank of International Settlements estimates that only the equivalent 55 per cent of what is loaned will be repaid. This was estimated at 70 per cent in 2012 when MPs voted on higher fees.

The repayment freeze would bring a new form of inequality in the English Higher Education. According to Andrew McGettigan: “Students from poorer backgrounds who become higher earning graduates will pay on average £9,000 NPV more if the repayment freeze is effected. For all the other student-graduates, it is the repayment freeze which does the damage as government is proposing to review threshold every five years.”