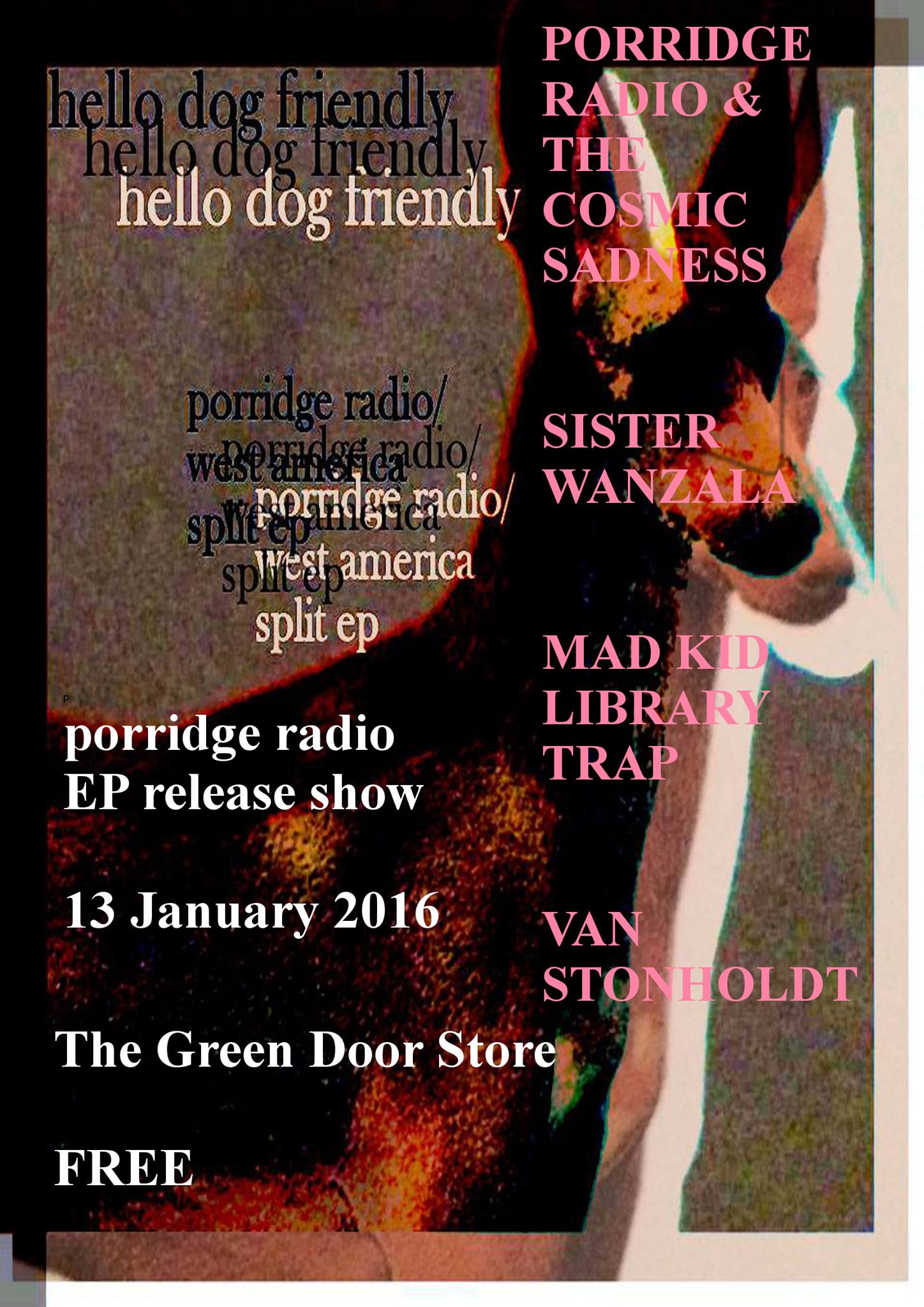 So many things can be said about Porridge Radio & The Cosmic Sadness, a beautiful Brighton-based mash of sound and feeling. After months of hearing whispers of “The best band in Brighton”, I got a train and decided to see what all the fuss was about.

Held in a bare-bricked two room bar located directly under Brighton train station called The Green Door Store, the gig was in celebration of release of a split-tape by Porridge Radio and The Cosmic Sadness and the band West America (which can be purchased here).

Any attempt to describe in simple words why Porridge Radio & The Cosmic Sadness is such a wonderful and important band is doomed from the start. It is a band that has to be experienced to be understood.

But, before I get into the meat of the review, it’s important to note that Porridge Radio is the solo project of singer-songwriter Dana Margolin – The Cosmic Sadness is the backing band that was put together for live shows. In the interests of convenience, I will refer to the band as a whole as Porridge Radio.

As I arrived the first support act was packing away and so only witnessed two of the three support acts. The first, Mad Kid Library Trap was a surprisingly lucid no-wave band, whose jittering frontman brought to mind the great David Byrne. They were followed by Sister Wanzala, a three piece guitar-pop band that featured some amazing harmonies.

Throughout the support acts the crowd provided an easygoing and supportive backdrop. Each song was greeted with applause and was followed by cheers as the bands went through their setlist. Behind this comfortable cheer however, I sense something. The tension of building excitement. A tight wire about to be cut. Porridge Radio was coming.

Porridge Radio take the stage and everything changes. Over the all-too-brief half hour that the band was on stage there’s feeling and anger and ennui and noise and fire and love and isolation and the rain and wooziness and, oh my god, I can’t believe this.

I want to move to Brighton and write about them for the rest of my life. I want to start a band and be their support act. It’s imperfect and gorgeous. It’s music stretched out and left to dry in the sun. Glory glory Porridge Radio.

Bald ambient genius Brian Eno once said, “The first Velvet Underground album only sold 10,000 copies, but everyone who bought it formed a band.” After seeing Porridge Radio & the Cosmic Sadness perform live, I finally understand what he meant. If you ever get a chance to see this truly extraordinary band live I suggest you grab that chance with both hands and throttle the life out of it.

Listen to the Porridge Radio song Bark Like A Dog here: