Life as a London Extra 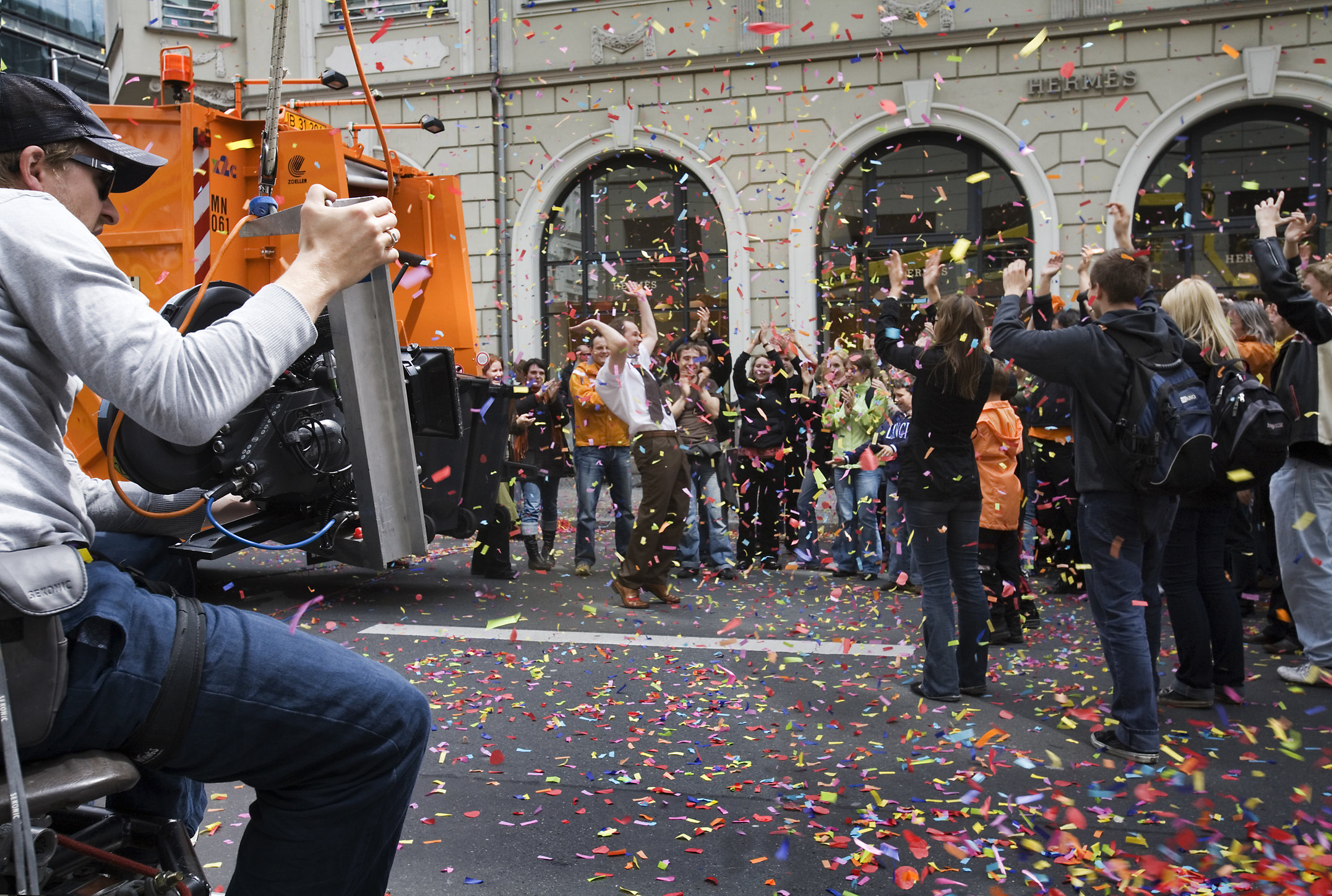 With the announcement of the Oscar nominations earlier this month, the spotlight was thrown on to famous names in the global film industry. But what about the rest of the acting fraternity?

“Extras” are supporting artists, though lack the official title of “actor”. Some people may take up the job for some extra cash, others have the belief that they might do so well that they could even get spotted by the director for their talent .

Being an extra is just as hard as been the main actor, but it does also have its drawbacks (I know, having worked as an extra for two years). For example, you are not the main actor, you don’t always get the roles you have been put forward for, and you would be lucky if you actually manage to get seen on TV, even if it is just your forehead or the side of your face. Either way, you are still happy to have made the take.

I spoke to experienced extra Nicholas Cooke whose credits include 2015’s Pan, and the upcoming Now You See Me 2, about his working life in London.

How did you become an extra?
I became an extra through a few of my friends about five years ago, when I had finished my training in dance and performance. I was given some guidance as to the right agencies to get in touch with for extra work. I wanted to go into this area of film because I thought that it was productive being on set regardless of whether I was an extra, an “artist” or main character. I just wanted to be in an environment where I was around creativity as my day job in-between auditioning for roles and contracts.

What is the role of an extra?
The role of an extra is to create realistic, real-life scenes by using people to surround the main actors with, to bring scenes to life with life props, real people, movement, and to make the scenes feel and read as believable to the audience.

Do you get paid for this job?
Yes I do, I only ever accept paid work, never unpaid or travel expenses, because time equals money for most people and it is like most other work, you give your time and put in for the exchange of payment.

Do you work with an agency? What type of agencies are you with?
Yes, I am with a collection of extras agencies for extra work but my acting agents are separate as they offer more in the way of auditions for roles and parts in productions.

Are the agencies reliable? For instance do they get you jobs and pay you on time?
The best way that I can put this, is when you find a good agency that have a good reputation, say yes to all work offers, take the rubbish ones at first, the random days that seem pointless or long winded, always be polite and have manners and patience, be reliable and punctual and have good time keeping and management of your bookings you get and they will in return treat you well!

Has it ever lead to a bigger role for you?
Through extra work on film I have been lucky on a number of occasions to have been offered slightly more featured work such as speaking parts or have been chosen specifically because I have an acting and performance background. Being on set has sometimes led to being in the right place at the right time, especially when the production are looking for the right faces for featured work. This is always a great experience when it happens, as there is more focus on this role than that of an extra.

Do you think that being an extra will lead to an acting career for you?
Not in the UK no, in the UK being an extra does not merit opportunities into more professional acting jobs because the two are seen as separate paths and separate lines of the production of a film, if you are an extra that is how you are seen, even if you are offered feature work, it will never open doors for big roles as an actor as a direct link.

What was your most memorable role?
As an extra my most memorable role has to be Pan the movie, because everything about the production was so creative, it was inspiring to witness in person and to be around, the costume, the set, the environment/atmosphere, it was so immersive and colourful and rich with cultural references, and was very eclectic in its design as a product, and the actual work was a lot of fun also, to a significant level.

Have you ever met anybody famous?
Yes I have, on many occasions and the more that it happens the more you understand and realise that they are just human too and there to do a job, so respect and understanding that they have to focus is important.

Have you ever interacted with these celebrities?
I tend not to, no because I do not want to disturb them when they are working, but on occasion they come and talk to you, and when they do of course I respond, but it should always be on their terms and they have to deliver and keep their mind on their job.

Has acting always been something you wanted to pursue? Or do you just do this for some extra cash?
I love performance, I love acting and theatre and being creative, I see extra work as my day job in between acting or on contracts or performance jobs. a lot of professional actors are guided away from extra work and taught to not do it as they need to focus on acting roles rather then being background, but I think that all work on set is productive and a learning curve. When you graduate, you have the technical skill of acting and the performance structure but working on a film set in real life is different, and being on set as an extra you can learn a lot about the way film works, its pace, the environment and the terminology used on set. I believe that there is fundamental value in just being on set learning and taking note when watching the main actors, seeing how they listen to the director, how they take direction etc, and also as an extra, you need to take direction and listen at all times.

How much time are you usually given to prepare for a role?
This changes for every job, it depends on the role and what you are required to do, and how last minute the production are trying to fill that role, but usually you get a week or so notice on average in order to prepare for the work but organisation is key, as with any work. Keeping organised with a good diary to make sure that you note everything down and stay on top of your bookings. This way you know where you stand and you make your agents life far easier as you avoid double bookings. Extra work can be a lot of fun and you get to meet all sorts of people from so many backgrounds and cultures and ages, it can be a fantastic environment.