The politics of plugs

The fair, which stayed open for seven months and saw roughly 20 million people flock to it, was full of exhibitions, fairground games, new things, and, most importantly, scientific experiments.

It was at this fair that scientists got to show their work, much of which involved electricity, and it was here that those same scientists realised they drastically need a standardised form of electrical power.

For anyone who has travelled outside their own country, the problem of not frying your phone is an important one. Without diving into a overly-detailed history of electricity, it is important to know just how we came to have two distinct power outputs in the world.

It started with Thomas Edison, who ran a direct current (DC) of electricity in his experiments.

This worked rather well, until the distance that the current had to travel was lengthened. Greater distance meant weaker electrical power (voltage [V]).

Nikola Tesla, who was a direct competitor to Edison, decided to try using a technique called alternating current (AC) to fix the problem.

It did, and Tesla’s design for using alternating current stuck. It just so happened that the voltage level that Tesla was experimenting with was 110 volts and that quickly became the standard level of voltage in America.

Meanwhile, in Germany a company called BEW were doing the same thing, though they decided to crank up the power to 240 volts. This ended up spreading and becoming the standardised level of voltage in Europe.

This all happened before the World’s Fair but it wasn’t until the different scientists with their various scientific toys from all around the world got together that anybody realised there might be a problem. 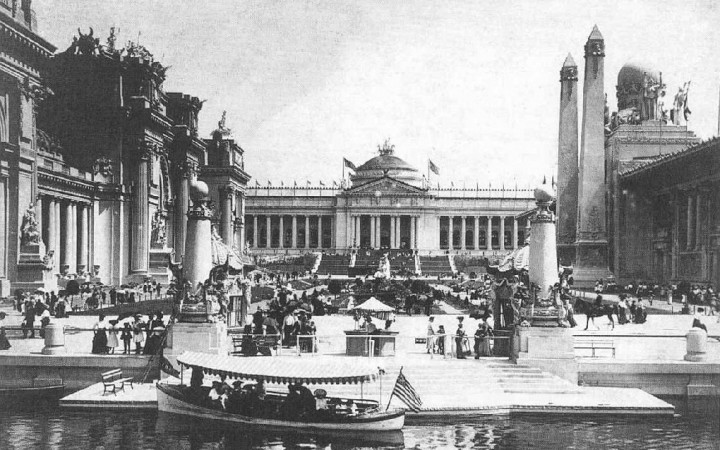 When scientists met at the fair, they found that some machines were too powerful to be used by the American voltage and some weren’t powerful enough. It is unclear whether or not the current, direct or alternating, was also an issue.

It was clear, though, that something had to be done so, in 1906, the International Electrotechnical Commission (IEC) was born.

Their job, simply put, was to standardise everything electric; this meant one plug all over the world, one group of symbols for design schematics, everything.

However, things didn’t exactly work out as planned. First, World War One happened; then meetings between electricity suppliers and electricity test houses, which finally took place in the early 1930s, were slow-going due to disagreement; then World War Two happened.

Before this tumultuous half-century, appliances were patched directly into the main wiring but as more devices became available and the technology got better, plugs and sockets began to be designed to connect the devices to their electricity supplier.

After World War Two, countries started repairing their infrastructure, including all the electrical supplies, but different companies around the world had creating their own plugs and sockets and household appliances had become a major part of everyday life for much of Europe and the USA.

Each country standardised their own plug, for the most part, but it was competition among business and lack of communication among countries that led to the great diversity that now exists between plugs in various parts of the world, with 15 designs that pop up here and there.

Europe and America were the big names in electricity; but during the 1900s both Europe and America had varying levels of interest around much of the rest of the world. That’s why in India, for example, the plugs used are the old British design and British voltage.

Britain colonised India, and subsequently introduced them to the plug, but pulled out around the time that they designed their newest plug, leaving India with what is essentially the old UK model.

Europe in the 1900s wasn’t exactly an easy time and, though the voltage around Europe remained at a similar level, many countries had their own plug designs and weren’t about to change for anyone else.

But what has this got to do with politics?

In the 1970s, the IEC created a subcommittee to work on a standardised system of plugs and sockets to be used around the world, and in the 1980s and 1990s, designs were published for plugs powering 240V and 120V machines, respectively.

A solution does exist and was proposed several decades ago. However, at present, only Brazil and South Africa have adopted these solutions.

Without everyone else changing as well, this universal design created by the IEC isn’t universal and, subsequently, Brazil and South Africa just have another style of plug that has to be factored into the equation when deciding to travel to other parts of the world.

Scale back the plug timeline a few hundred years and you have, in simple terms, the history of democracy.

It’s been an idea for a while; some cultures have been practising it long before others; every country practising it has added their own twists and nuances, and, most importantly, no two democracies are the same.

Not to mention the seemingly arbitrary division of continents such as Africa into nation states.

According to the IEC, there is little hope for a universal plug, as each country is unlikely to change, and the focus now lies in USB plugs and wireless charging devices, creating a system functional in every country.

As global debates over climate change, immigration, and security roll on, perhaps there is something that can be learnt from the humble story of the plug.