Right to Dream: The pride of West Africa 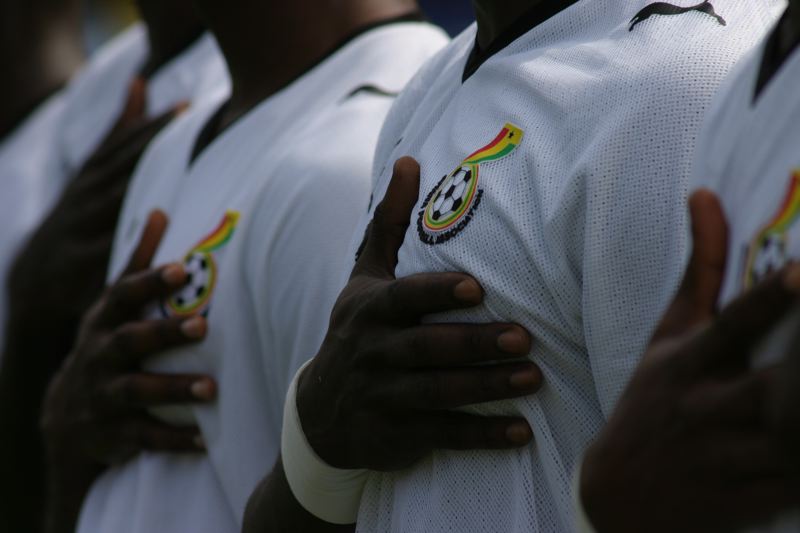 Today’s Premier League is a multinational entity filled to the brim with some of the best talent from all corners of the globe.

Whether it’s Harry Kane, born and raised in the sleepy London suburb of Chingford, or Alexis Sánchez, who washed cars as a child in Chile, footballers from all over the world converge on England’s top division to make it an incredibly special and vibrant league.

Many of us are aware of their previous clubs, and maybe even the one that gave them their first big break all those years ago, but what about before that? Footballers don’t just appear out of thin air; they must be discovered and nurtured during their formative years.

And for that task there is no better academy than Right to Dream, an organisation that are doing wonders in Ghana and producing some of the sport’s most talked about talents in the process.

After a stint as a scout at Manchester United in the 1990s, British football coach Tom Vernon travelled to Ghana in the latter part of the decade and felt compelled to use his expertise to make a change.

Around him he saw countless talented young players, all of whom had an insatiable hunger to play the game, but the barriers that they were faced with stopped many from developing their talents.

So in 1999, in the capital city of Accra, Vernon put down the roots of what would later turn into one of the country’s biggest and best football academies.

Initially a non-residential set-up that concentrated solely on finding talent and allowing them to train in a safe and secure environment, the academy quickly received the support that it needed to help it grow.

Fast forward almost 17 years and Right to Dream boasts what can only be described as an all-encompassing campus.

Based near Kumasi in the centre of the country, a £1.5 million facility complete with training pitches, living quarters and classrooms stands tall and proud in the middle of the Ghanaian countryside.

A modern gym, medical facilities, and fully-functioning offices for more than 30 members of staff are also now available to the academy thanks to financial help from the Ghanaian government and scholarship schemes with American colleges, many of whom house former graduates who have travelled across the Atlantic to pursue their dreams.

From Kumasi to the Eredivisie

One young player who has made the trip out of Ghana to follow his dreams of becoming a professional football player is Thomas Agyepong, a talented 19-year-old winger who is currently on loan at Twente in the Netherlands.

After a childhood that saw him concentrate on his education and only play football on the weekends, Agyepong was given his big chance when he was discovered by Right to Dream at the age of 11.

He spent seven years at the academy, during which time he developed a reputation for being one of their most talented players, helping them to three consecutive top-eight finishes in the world finals of the Manchester United Premier Cup, one of the largest youth championships in the world.

Impressive performances resulted in him captaining Ghana’s U17 side, and in 2014 he was a leading player in the Ghana U20 squad that successfully qualified for the 2015 African Youth Championship.

Speaking to Artefact, Agyepong was full of praise for the academy and the help that they gave to him: “Right to Dream was very important for my career. I learnt a lot, both on and off the field, and in the classroom as well.

“They focus on football, attitude, and education, and attitude was particularly important – how to carry yourself as a person, discipline, all that stuff.

“Right to Dream have helped me a lot because now I’m living on my own and the stuff that I learnt there is helping me now.”

Building for the future

This wide-range of teaching was what Vernon had in his mind when first setting up Right to Dream all those years ago, and they are still his main focus as the academy continues to produce talented individuals.

However, it is not just the youngsters’ football skills that they try to improve.

Understanding the problems that some of their recruits face, the academy puts a big emphasis on education, making sure its players are always learning to use both their feet and their brains.

“There are a lot of players we recruit here and not all of them will get the chance to become top stars with football,” Vernon explained in an interview with Ghana Soccernet. “Therefore we would like to give every child here an alternative to a better life and that is mainly achieved through education.”

Agyepong agrees and believes that the education that he received was one of the most important things about his time at Right to Dream.

“People sometimes think that footballers aren’t smart because once they get into football they forget about school, but Right to Dream wasn’t like that,” he said. “We even spent more time in the classroom than on the field.

“We got to the point where we were only training once a day, and if you skipped school then you weren’t allowed to play football, so nobody wanted to skip school and not take their education seriously.

“Education was very, very serious, and it really helped us because if you’re smart in the classroom then you’re smart on the field as well.”

When you look at the list of Right to Dream graduates, it is obvious that the academy is doing something right.

A close working relationship with Manchester City has resulted in several graduates being snapped up by the Premier League club, and almost every major European league currently boasts a talented youngster loaned out by the four-time league champions.

From Abdul Majeed Waris and Yaw Yeboah in France to Bismark Adjei-Boateng and Mohammed Abu in Norway, some of the most talented Ghanaian youngsters are impressing across the continent as they try to make their dreams a reality.

The opportunities that Right to Dream offer each of its students are invaluable not only to the players but to Ghana as a whole, as the development of the country is one of the foremost objectives of the academy.

“Now there are a few players who are playing in the Ghanaian national team that are from Right to Dream,” Agyepong told Artefact, “and if you look at this on a bigger scale then it’s really helped football in Ghana and on the educational side of things as well.”

But it’s not just Ghana that is benefitting. The academy’s ability to branch out in recent years has led to them searching neighbouring countries for talented youngsters, and Agyepong believes that this is benefitting the whole of West Africa.

“There are now kids from the Ivory Coast, Gabon, all around West Africa, so they’re really helping the kids around there,” he said.

For the Right to Dream graduates, the future is now firmly in their hands, but there is no doubt that each of them are where they are because of the help that the academy gave, and continues to give, to the young footballers of West Africa.