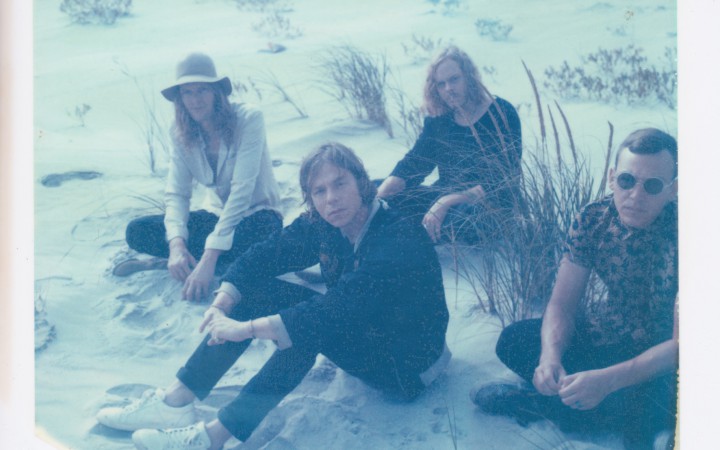 Following Cage The Elephant’s recent release of Tell Me I’m Pretty, Artefact caught up with them to talk about the the album itself, anticipating their tour and reckless stage antics.

Tell Me I’m Pretty is the Nashville-based band’s fourth album, and it combines their Southern Rock ‘n’ Roll sounds with sixties garage rock, featuring direction and production from The Black Key’s Dan Auerbach.

When talking about whether it’s hard to find new inspiration after already writing three albums previously, front man Matt Schultz explained that as a band, they usually set out to accomplish a particular sound but leave themselves the elasticity to change, so the outcome usually surprises them.

He says there are enough people in the band so if someone is feeling inspired at one moment then it works because all of the band members are writing, so new inspiration is never hard to find.

“I felt the more of myself I put in, the more I just didn’t like it.”

With Tell Me I’m Pretty, Cage The Elephant tried to peel back their style and deconstruct it so that more of “itself” finds its way into the music.

In 2014 the band then went back on tour with The Black Keys in support of their third album Melophobia, and on one of their days off, which was spent at Dan’s hotel, Matt played them some songs and it was a done deal.

Matt says, “So anyway, we went over to this hotel, showed them a couple of songs, hung out and when we were back he immediately text me like, ‘Dude I’m making your next record, no question, no choice'”.

In the back of both Dan and Matt’s minds, working together was already a serious prospect because Dan was in the place that Cage the Elephant were headed, and they wanted the raw and classic sound that Dan had to offer.

“I’m not very good but we did win the last [football] match of the tour so I will always hold that over Dan’s head for the rest of his life.”

The writing and production of Tell Me I’m Pretty took place in an entirely different manner whilst working with Dan Auerbach. In the past, Matt states that they had always spent little time writing the material and then an extensive amount of time in the studio.

However with Dan, the band spent a lot of time writing and demo-ing prior to the studio. Once in the studio they completed recording at an extremely fast pace.

“He is a reactive producer, so he’s going a lot on his first reaction. There were several songs on the record that were one take, a lot of the vocals were scratch vocals which honestly drove me insane because I would always be there like ‘No honestly guys I really think that I could do better’ and Dan wouldn’t have it,” Schultz told us, adding that Auerbach believes in maintaining the purity of the first few performances of a song which is in that instant moment of creation.

When speaking of personal reflection within the album, Matt says that if he can’t feel some kind of ownership in the emotional sentiment of the song then he won’t feel convicted to sing them.

In essence, every record is personal for Matt, even when speaking from a third party story and using that as a way to be transparent instead of so directly effective. 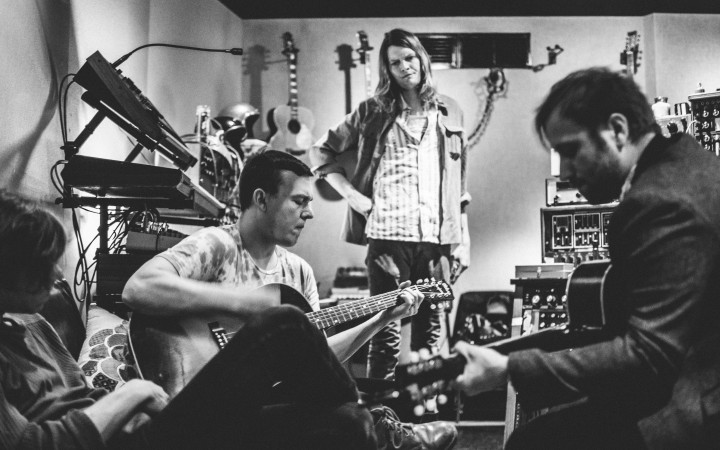 There are two songs on the album that mean the most to Matt, and demonstrate how personal this album really gets: “There’s two that really stand out to me. There’s a song that’s called Sweetie Little Jean, that I wrote, sometimes when you’re in a relationship and in that relationship, one or both people are suffering from depression, there are times when even though you’re living in the same dwelling place, being inside each other all the time, it can feel like that person has kind of been abducted. Sometimes you don’t want to blame that person for their absence, its like depression has stolen them and so I was thinking about that kind of concept.

“When I was 12 years old, in the apartment complex where we lived there was a little girl that was really close to our family that was abducted, and we later found out that tragically she was murdered, and it was a super-defining moment in my life where I’d hit the age of the loss of innocence because I was 12 years old, going on 13, so I was kind of growing up a little bit and then this utterly shattered any perception of innocence I had. So I just wrote the song and kind of tied the two stories together. And told the story that way.”

Matt then explains the meaning behind How Are You True: “I was coming home from New York, I was coming down the jet bridge and I saw a young man that was going through his belongings, and he was kind of making a commotion. It appeared that he was in some desperate need of attention, and I just felt for this guy and felt like I was supposed to talk to him, for some weird reason, then low and behold he sits right next to me on the aeroplane. We start stalking and he kind of unloads on me a lot of things that were going on in his life.

“He was headed to a recovery kind of place in Nashville and had some issues that he was working on, we exchanged e-mails and I wanted to check up on him but we were making the record and so it didn’t work out. I e-mailed him and never heard back from him so I was just curious to how he was doing so I wrote the song to him and his name was true which I thought was insane, so I decided at that point not to badger someone and ask how they’re doing but to kind of tell your own story that maybe he wasn’t alone in his struggles.”

In February 2016, Cage The Elephant begin their European tour. When asked on his feelings towards touring, Matt says that he never feels natural at home so touring is the best place for him.

With Matt’s track record of stage dives and reckless behaviour, the 2016 tour is sure to be eventful. Artefact spoke to Matt about a few of his previous stage hiccups and we hope these aren’t repeated. Or do we?

“We were touring with Queens of the Stone Age and I had this pair of jeans that were my favourite jeans at the time and I wore them all the time, and I’d wore a small hole in the crotch of the pants. It also happened to be laundry day so all of my underwear were dirty, so I was commando on stage, and as I ran and jumped up on a stack of speakers, literally the crotch of my pants disintegrated and it looked like I was wearing chaps with nothing underneath them. This happened in the second song of the set, and we continued the show like that. That was right before smart devices came around. I escaped that unscathed. And I still crowd surfed on my knees which I thought was pretty impressive. Although some of the audience members refused to look me in the eyes afterwards.”

Tell Me I’m Pretty is available now and Cage The Elephant will be playing at Shepherds Bush Empire on Saturday, February 13.

All images by Big Mouth Publicity.