Challenges ahead for the Palestinian National Theatre 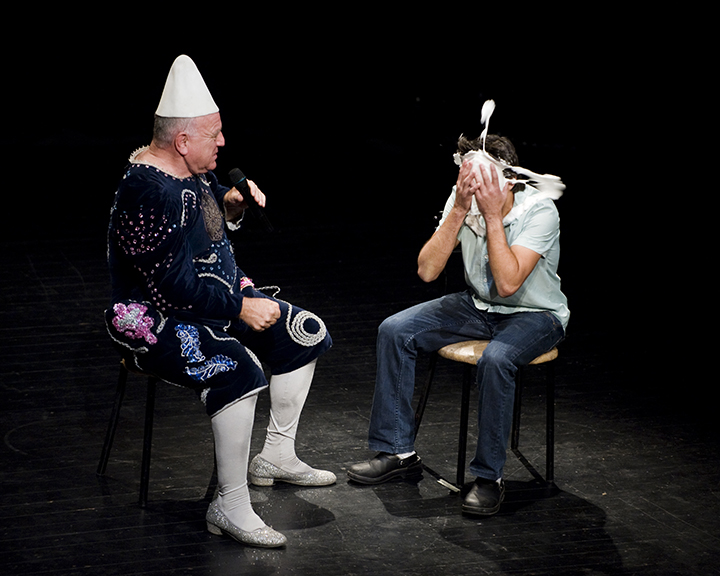 For over three decades, the Palestinian National Theatre has led the way for performing arts among Jerusalem’s Arab citizens.

Nestled away in the American Colony neighbourhood of East Jerusalem, El Hakawati, as it is known locally, has played an vital role in bringing important stories to life on the stage, helping it to grow from a humble operation in the burnt-out shell of a disused cinema into one of the most important theatres in Palestine.

However, despite its success and standing among the arts community, both at home and abroad, El Hakawati has found itself beset with financial difficulties.

With unpaid bills of approximately $150,000 hanging over their heads, the theatre is now on the verge of being shut down for good, leaving its future up in the air as its owners battle tooth and nail to save their beloved institution.

While the origins of the Palestinian National Theatre date back to 1984, their story is in fact far more deeply ingrained into the history of Palestinian performing arts.

Led by the influential director François Abu Salem, El Hakawati first came to be in 1975, when Abu Salem and his then-wife and long-time collaborator, Jackie Lubeck, founded the company as a collective of like-minded and forward-thinking writers and performers.

The company performed relentlessly around Palestine before their 1979 play In the Name of the Father, the Mother and the Son was shown around Europe in their first official tour of the continent.

Across Palestine, El Hakawati refused to allow their performances to be consigned to one type of location or group, and they were as likely to be performing to seasoned theatregoers in major West Bank cities as they were to villagers in the outlying areas, many of whom had never experienced theatre before. 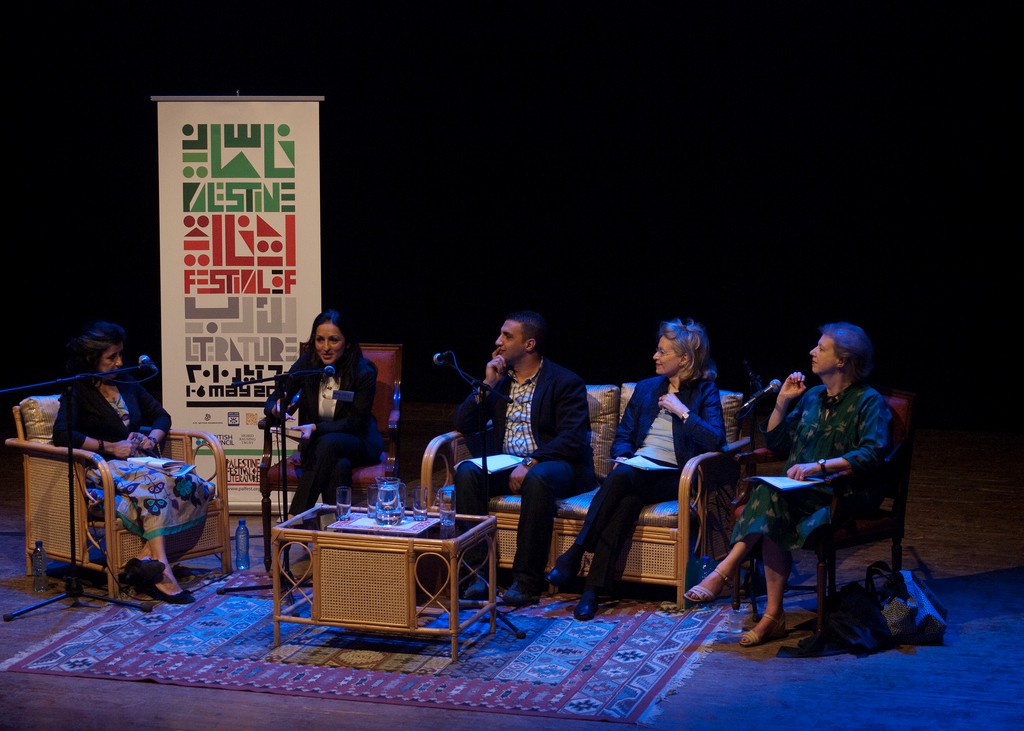 El Hakawati has become one of Palestine’s most important cultural centres. [PalFest]

El Hakawati’s plays sought to bridge the gap between entertainment and politics, with each dealing with the issues and problems that marred Palestine during the troubled 1970s and 1980s.

As the group grew in prominence and popularity, they rented the charred remains of an old cinema and rebuilt it into a base from which they would go on to write, rehearse, and perform some of the most prominent pieces of Palestinian theatre.

They quickly became known as the centre point of Palestinian performing arts, leading to rave reviews across the globe and a newfound status as one of the leaders of theatre and political thought in the region.

“For the first time, the Palestinian people were represented as a kind, humorous, sincere, and troubled people who had lost their country in a series of events that left them refugees in their own home,” Lubeck said.

“Also, for the first time in a long time, the name Palestine was used in the press in a positive light.”

Clashes with the state

El Hakawati’s important role in Palestinian theatre led to its growth over the next three decades, and the company increased its prominence overseas thanks to collaborations with groups from the United Kingdom, the United States, and France.

However, with this growth came an increasing number of difficulties, as the company had numerous run-ins with the Israeli government.

In 2008, the Israeli police descended on the theatre and refused to allow it to hold a cultural festival called Jerusalem: The Arab Capital for 2009; in 2013 the Israeli public security minister, Yitzhak Aharonovitch, shut down a children’s puppet festival taking place at the theatre, claiming that it was “under the auspices of or sponsored by the Palestinian Authority”.

This is a problem that several Palestinian theatres have faced in what some have claimed is a politically-motivated crackdown by Israeli authorities on Arab art institutions.

In one of this year’s most notable incidents, Haifa-based theatre company Midan had its funding frozen due to its decision to stage a play about a Palestinian man convicted of killing an Israeli solider.

Some Palestinian commentators have claimed that El Hakawati’s financial difficulties point to a ploy by the Israeli government to crack down on the only remaining professional theatre in East Jerusalem.

One such commentator is Abir Kopty, who claimed in a blog post on her website: “The threat on El Hakawati shows how poor the political and…financial support Jerusalem’s Palestinian institutions receive.

“This is another illustration of how the Israeli occupation is a profitable business. You charge those under your colonialism with a lot of money in order to finance your colonialism.” 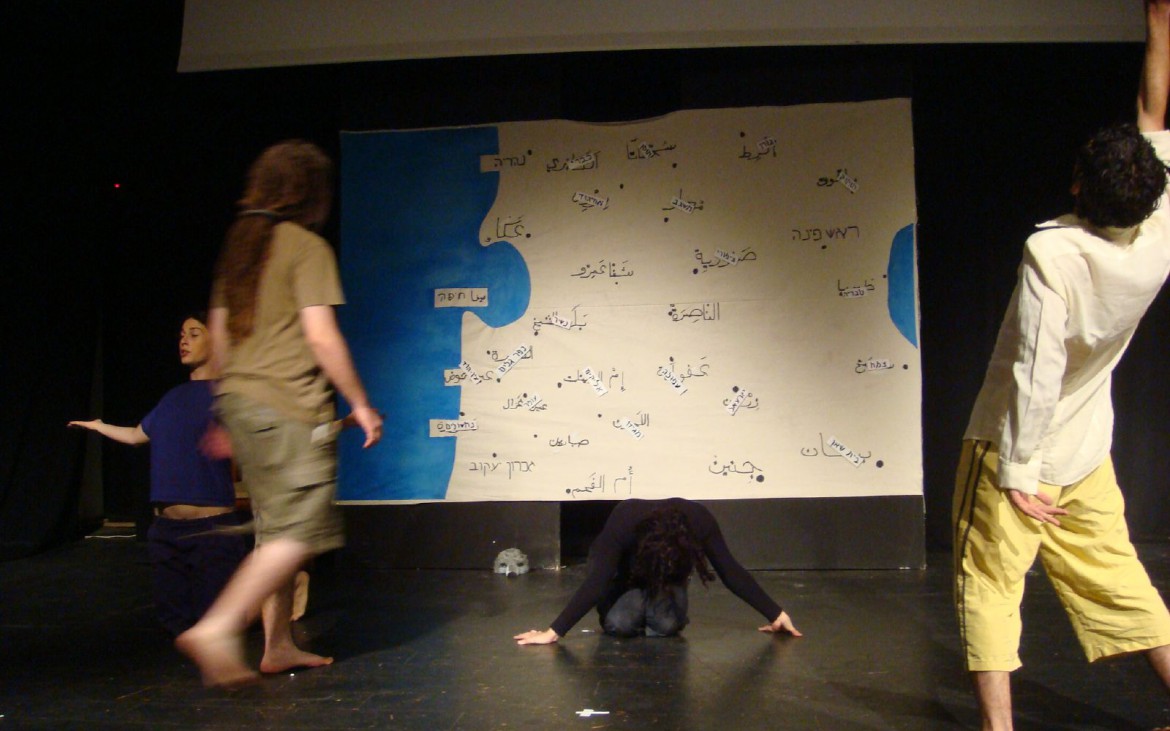 The Midan Theatre is one of several theatres to have its funding cut. [David Lisbona]

Amer Khalil, the current director of El Hakawati, acknowledges that the theatre has had problems with state censorship in the past but believes that the issues they currently face are purely financial.

“In this case we are just facing the problems of debt,” he told Reuters. “In general there has been a problem with us using this building in the past and having a Palestinian cultural centre in Jerusalem, but now it is just about the money.”

While that may be the case, El Hakawati’s financial problems come at a time when funding for Palestinian art institutions is becoming increasingly difficult to obtain.

The split between the government and the region’s artists has increased over the course of the year, and tensions were inflamed further in June when Israel’s far-right culture minister, Miri Regev, came under fire for comments she made about funding for the arts.

In June 2015, she claimed: “The government doesn’t have to support culture. I can decide where the money goes. The artists will not dictate to me. If we agree on these principles you will have a partner, otherwise we have a problem.”

Staying true to her word, Regev has been at the forefront of several decisions to cut down on funding for Palestinian theatre companies, including the freezing of support for Midan.

Separately, this summer also saw her threaten to cut off funding to the Elmina Theatre in Jaffa after Norman Issa, one of the co-founders of the company and a popular Palestinian television actor, refused to perform in a Jewish settlement in the West Bank.

Regev’s open threats and hostile rhetoric has led many to question whether or not El Hakawati will be able to survive this latest ordeal.

An Indiegogo fundraiser was set up in an attempt to raise the money needed to keep the theatre open, and within six days it managed to collect the $20,000 required to temporarily postpone the closure.

However, with El Hakawati still needing to raise an additional $130,000 and with the Israeli Enforcement and Collection Authority putting an increasing amount of pressure on the theatre to clear its debts or risk seizure, the future for one of the region’s most celebrated institutions remains in a precarious position.

The history of art: A male horror vacui