Climate: How far is too far? 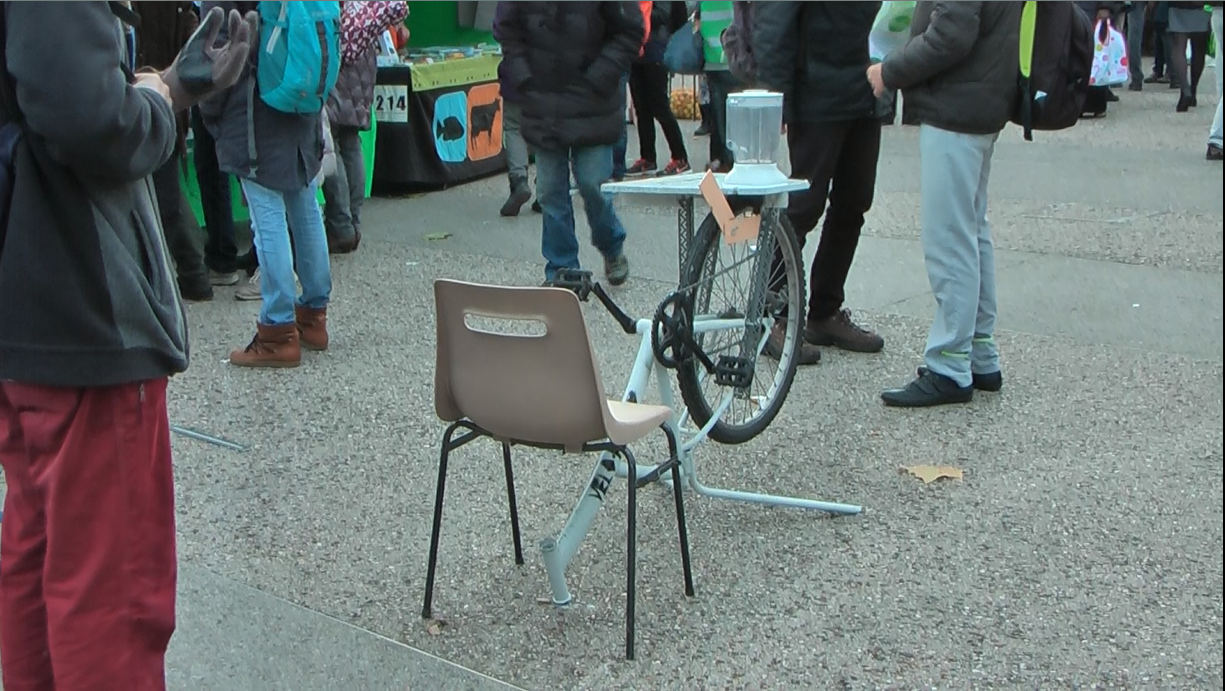 There are always people coming up with new and interesting ways to save energy and reduce their carbon footprint; there are always wacky new ideas that sometimes can actually be quite genius; and there are always the classics which appear every year (think: cycling to charge your phone).

But sometimes, every now and then, there’s someone that takes it just that one step further.

With the creation of a device such as the bicycle-powered blender above and the seemingly simple, yet questionable, physics involved.

How much power would be needed to crush ice? How long would it take to fully blend a smoothie? How do you clean it? At some point, one must ask one’s self the inevitable questions: how far is too far?

This is the point where DIY becomes DDIY (Don’t Do It Yourself).

Aside from the fact that there is no particular market for a bicycle-powered blender, there are simply better ways of making greener smoothies: perhaps, for example, a simple solar-powered generator plugged into an electric blender; or even hook the bike up to the generator to create electricity which could then be used to power not only the blender but other devices in the home.

Furthermore, the space required to accommodate such a device would surely prove a hassle. How would one fit it into the kitchen? You’d have to move the table holding the electricity-free fridge invented by Emily Cummins.

Joking aside, this happens far too often when trying to come up with new and innovative ways of fixing the climate crisis; whether it’s little creations by people as ways of going even greener or whether it’s the addition of the word ‘eco’ in front of a new washing machine.

As phones get getting slimmer and faster and as cars add newer gadgets, we’ve forgotten what it means to actually invent new things.

What we need now are new, innovative ways of dealing with climate change and saving this planet.

Something like the solar-powered water wheel used in Baltimore to clean up the river and capture rubbish heading out to sea, already in use; or The Array, to be deployed sometime this year, which will catch plastic from the ocean before it reaches Tsushima Island.

The world doesn’t need another bicycle-powered fill-in-the-blank. The world needs real innovation, something that can really make a difference and challenge industries like the automobile industry and the oil industry, forcing them to change.

Because adding the word ‘eco’ to your dishwasher won’t save the planet, and neither will a bicycle-powered blender, no matter how funny it might look.