What’s for lunch? Living with Alzheimer’s

“What’s for lunch?” I hear my  85-year-old grandfather call to me as I walk past his sitting room. I must hear this same question  at least 20  times a day. In the morning, before lunch, after lunch, in the evening, before he goes to bed… you get the idea.

“Can you fix the television?” is another common question. How does someone press the wrong button so often? My grandad shuffles tirelessly around the house when the rest of us are sleeping, often waking me up and coming into my room.

He suffers from dementia. A cruel, heartless disease, leaving just a shell of a person you once shared so much love and happiness with.

The Alzheimer’s Society defines dementia as: “A set of symptoms that may include memory loss, mood changes, and problems with communicating and reasoning. These symptoms occur when certain diseases damage the brain. Alzheimer’s disease is the most common form of dementia.

“Dementia affects people in different ways, depending on the disease as well as the person. It is one of the main causes of disability in later life, ahead of cancer, cardiovascular disease, and strokes.”

[pullquote align=”right”]“It can improve quality of life and well-being by stimulating emotions and creativity.”
Nikki Crowther, Alzheimer’s Society[/pullquote]Living with someone with dementia is hard. It is tiring. Constantly answering repetitive questions, thinking up activities to keep your loved ones entertained and busy.

But thousands of people do it, and personally I would never dream of moaning or getting frustrated. After all, we owe our lives to our elders.

It is imperative that we, as people that are more than likely to know a close relative with the disease, understand it as well as we possibly can.

But is dementia something young people need to worry about? Or is it something far too distant from our tech-savvy lives, something our parents have to deal with?

The Alzheimer’s Society is “leading the fight against dementia”, as their slogan tells us. They are the leading UK care and research charity for people with Alzheimer’s and other dementias, as well as their families and  carers.

My grandfather came to live with my mother and I five years after the sudden death of my grandmother.

Before her untimely passing she had often mentioned how he was becoming forgetful. We failed to take her seriously, putting it down to old age. Ten years later and it is now very clear that what she had been experiencing was the onset of his dementia.

Living with someone with this disease is tough. Constantly planning your lives around them, never once thinking of it as a chore, but it ultimately becomes one.

Caring for a loved one with Alzheimer’s is a full-time role. 24 hours a day, seven days a week. Something you do not expect to have to deal with at the age of 21.

But I believe dealing with it has made me a much more patient person, and much more appreciative of the smaller things in life. 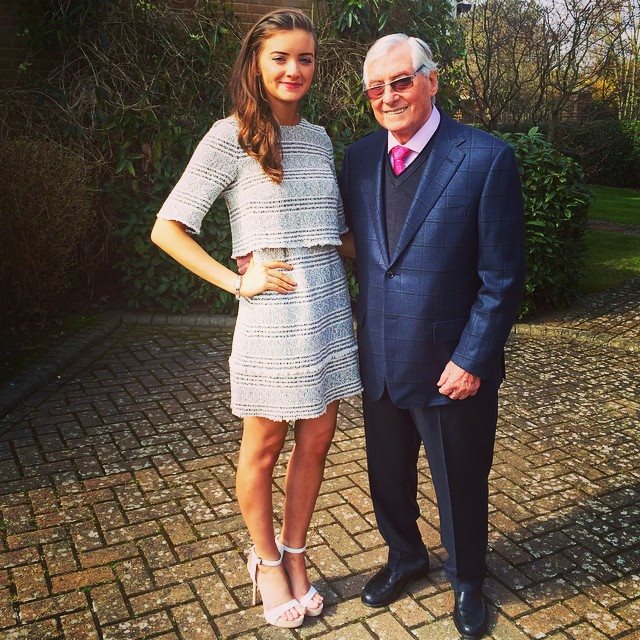 Jess Howard-Armitage, from the Alzheimer’s Society, specialises in youth engagement. “There are many young people who support or care for a grandparent or parent with a diagnosis of dementia who need support”, she told Artefact.

Actress Carey Mulligan is an ambassador for the Alzheimer’s Society and has often discussed supporting her  grandmother.

“This has helped to raise the profile of dementia and also how it impacts on younger family members such as grandchildren,” added Jess.

However, Jess explained: “Despite the identified need of 18 to 24 year olds wanting to know further information about  dementia, we are aware that younger people have often been under-represented in the number of clientele accessing our services”.

So why is this? Is the Alzheimer’s Society aiming help at the wrong age bracket? Or are us young people simply not taking it upon ourselves to use the initiatives provided?

It appears to be the latter. The Alzheimer’s Society is certainly trying. Jess told me about the charity’s attempts to reach the younger generation.

“The helpline is keen to increase awareness of our services and to positively engage younger people with our organisation  and the services that we offer,” she said.

“In the past year we have developed our helpline services and now offer a live online advice web chat service, and also support through social media.

“This has led to an increase in the number of younger clients contacting the helpline team. To try and accommodate contact from younger people the helpline has now extended the live online advice service opening hours to some weekday evenings and weekend afternoons.”

For me, the indestructible, intelligent, witty, authoritative grandfather I know is a shadow of his former self. From my experience with the disease it makes people slowly lose their confidence. They slowly become almost afraid to talk, worried they will say something wrong and be shot down.

It is hard to watch when it is someone so dear to you. Hard to watch and hard to know what to say or do.

This is why I believe we must keep stimulating people suffering with dementia and understand how best to deal with this change.

A new initiative has begun to try and encourage arts venues to become dementia friendly.

Personally I think this is a great idea and one that cannot come soon enough. Stimulation is vital for the health and happiness of a person with Alzheimer’s.

Taking a loved one with Alzheimer’s on a day out can often be stressful and fill you with worry, causing some people to refrain from taking  loved ones out to many places.

As a former director of the Royal Philharmonic Orchestra, my grandfather was a great supporter of the arts, and loved frequenting the opera on a Friday night.

Being able to take him, stress-free, to a musical or concert would be amazing, and to know the staff had an understanding would be of great comfort.

Nikki Crowther, head of community engagement at the Alzheimer’s Society, said: “Everyone has the right to participate in the arts, and for people with dementia we know that there are many benefits.

“It can improve quality of life and well-being by stimulating emotions and creativity.”

Leading figures from the arts world including Sir Peter Bazalgette, chair of Arts Council England, and actresses Gemma Jones and Lesley Manville have joined forces with the Alzheimer’s Society to make the appeal.

This follows the launch of a new guide, Becoming a Dementia Friendly Arts Venue: A Practical Guide.

The launch of the guide coincided with a special Alzheimer’s Society fundraising evening in association with Elf the Musical at London’s Dominion Theatre in November 2015.

“The television has stopped working!” I hear the call from across the hallway. So I better go and  fix it.

But I urge you all to keep stimulating those you know suffering  from the disease. For those of you that are young and caring for a loved one, make use of the support provided for you.

And for those who know  carers, support them.

By Rella Jefferies
5 Mins read
Set in the picturesque Paxton Centre at the heart of Crystal Palace, Everyone Reflects Light is an emotive exhibition that…
News