Hong Kong: Getting by on a tight budget

Having spent the past 24 New Year’s Eves in either some drab suburban house or dingy club somewhere across the capital, I decided, for once, to get as far away as I could.

In fact, I decided to go to the other side of the world, having never seen the Far East before and yearning for a complete cultural contrast to my idea of a New Year’s Celebration.

I left a couple of days after Christmas Day, beating that awkward post-Christmas/New Year food coma lull, and got in a few days exploring in Hong Kong before the night itself, returning on January 4.

The best thing about Hong Kong is also true of other world cities such as New York and London – if you look hard enough, it’s just so cheap.

I’m not joking. One myth that’s worth dispelling for those of us on student budgets is that Hong Kong is an expensive city. 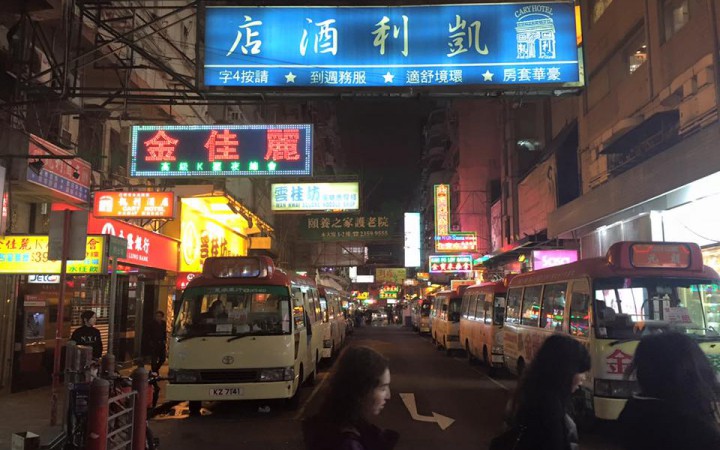 Of course, flights from Heathrow were around £550 (somewhat due to timing), although its possible to find deals for around the £400 mark.

I flew with Virgin Atlantic, although British Airways and Cathay Pacific also offer direct flights. I stayed at The Harbour Grand Hotel, although there are plenty of hostels for under £20 a night.

All quite pricey so far, however, I’m writing this to let you in on a little secret.

While many tourist attractions in places such as New York and London can sometimes cost an arm and leg, nearly everything that’s worth seeing here is free.

And just like these cities, Hong Kong is meander-friendly. It’s easy to simply wander around for hours appreciating the hustle and bustle, and soaking in the sights and smells.

Fast forward to New Year’s and I’ll be honest, for the country that invented fireworks, those at New Year’s Eve across Hong Kong harbour, when compared to our own each December 31 on the South Bank, were surprisingly flat.

Hong Kong hype train slightly derailed then. Luckily that was the only thing even halfway disappointing about this amazing city. 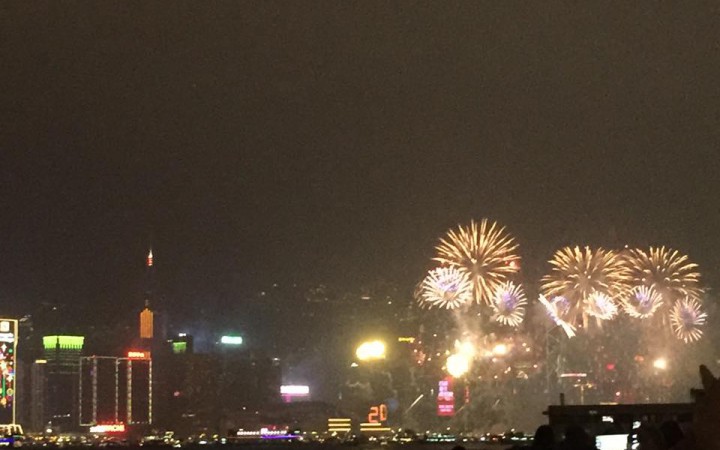 Hong Kong is a truly awe-inspiring spectacle of sound, shape and colour.

Yes, it doesn’t quite personify the ‘lost in the Far East’ milieu that many people coming to this side of the world are inevitably trying to seek.

Vast thoroughfares reminiscent of New York City’s Broadway are endearingly labelled with quaint English names, a nod to the city’s colonial past.

Although factors such as this may put off those seeking the unvarnished Eastern experience, it undoubtedly helps make what initially seems a maze of a city into a series of refreshingly simplified wanders. 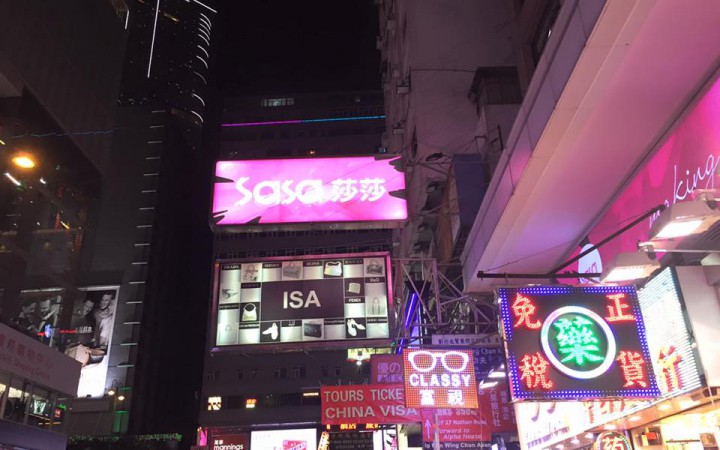 Whilst Hong Kong is a truly cosmopolitan city, it still clings on fiercely to tradition, with customs such as taking and accepting important items such as debit cards with both hands adhered to in many parts of the city, both rich and poor.

Not that you’d notice if you were in a rich or poor area as obviously as somewhere like London, as the city maintains a relatively uniform scheme of gigantic tower blocks where the majority of Hong Kong’s population live.

While the city, as a SAR (Special Administrative Region), is separate from mainland China in its democratic, unashamedly capitalist nature, the communal influence still seeps into many areas of life here for much of the population. 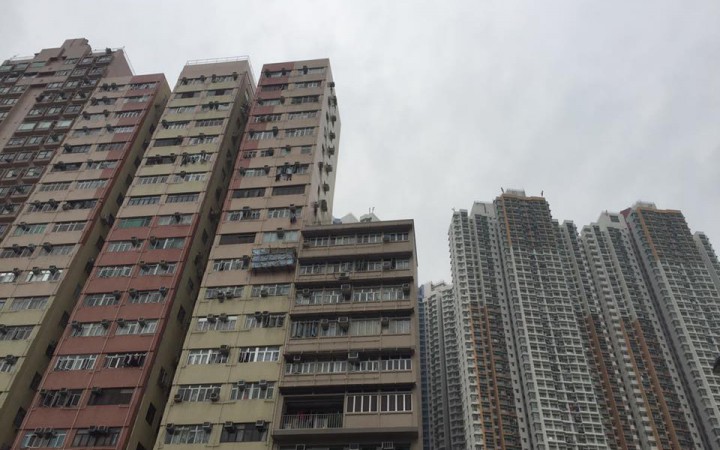 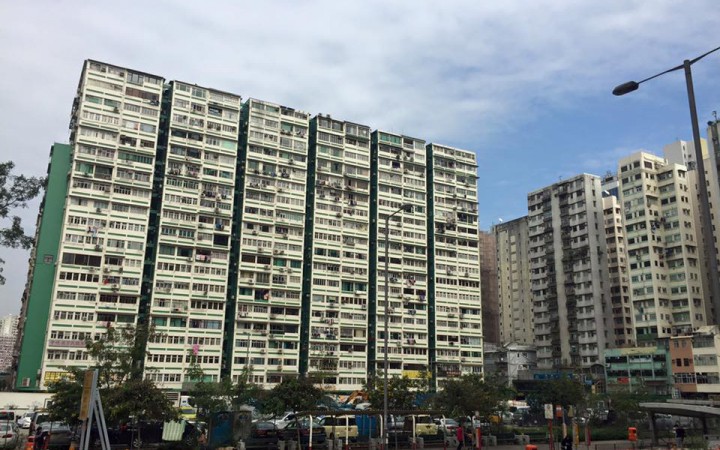 The city is awash with quirky shops selling anything you can imagine, from mass produced tat to ornate artworks, jade and pottery.

All the markets are free to browse of course, but it’s worth heading down to Temple Street Night Market in Kowloon in the evening.

While an unashamed tourist trap, it’s a great place to admire the cinematic hordes of colourful neon signs that shine at you from all angles.

At the end of the market is a host of restaurants for when you’ve worked up an appetite, serving such delicacies as pig intestines and chicken feet.

All fabulously cheap too, with plenty of dishes around the £4-5 mark. If you are hankering for western grub (and why the hell would you be), it is available. Just be prepared to pay a premium. 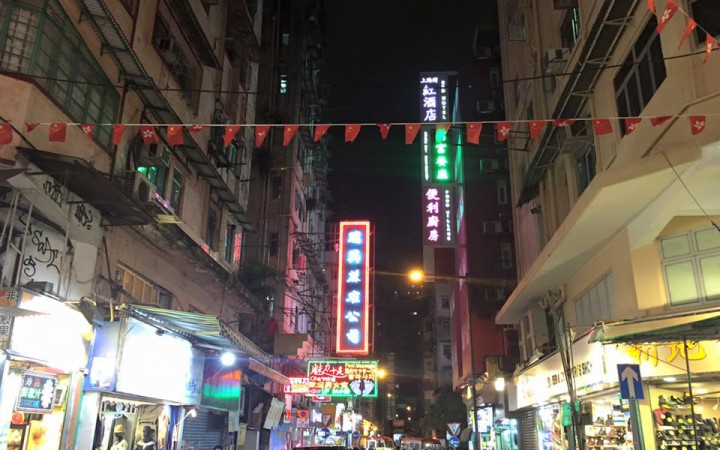 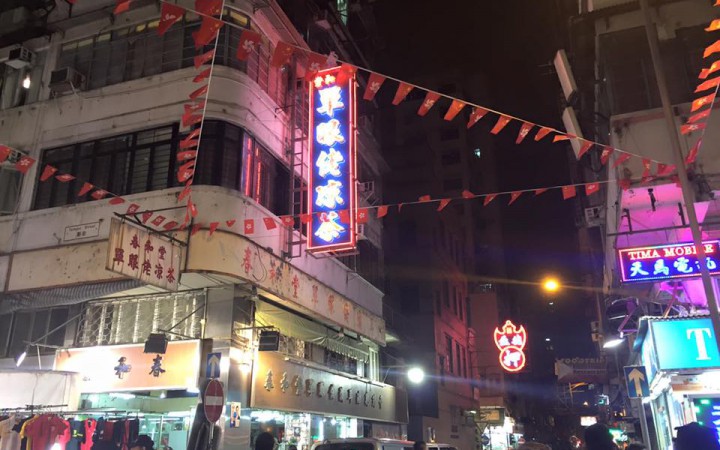 Getting lost in Kowloon [Sam Skinner]

If you do have a bit of extra coin in your pocket, Kowloon also has some great shopping along its main thoroughfare Nathan Road, with designer brands at astonishingly cheap prices.

You can take this road down to the harbour, where the Hong Kong Museum of Art sits.

Unfortunately, the Museum is now closed for a few years due to construction work, but you can buy a ‘Museum Pass’ for less than £3 which allows access to Hong Kong’s five premier museums for a week. Well worth getting for culture vultures.

You’ll now be in prime position to take the Star Ferry across Victoria Harbour to Hong Kong Island, where the real action is. It’s quick, easy and offers some of the best views of the city, especially at night. And all for the princely sum of 20p. 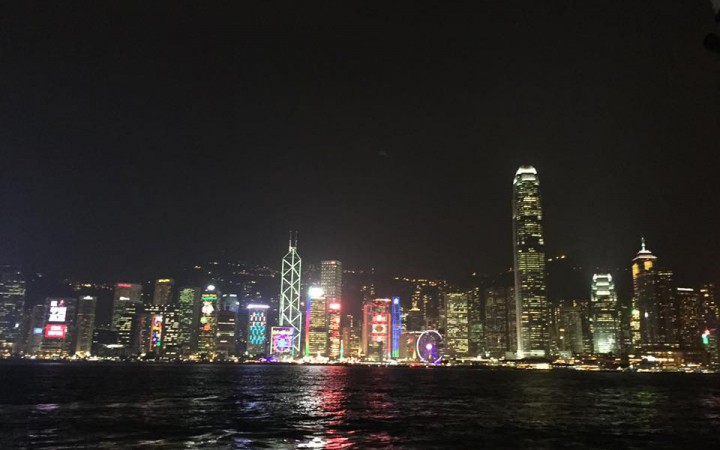 The stunning Hong Kong skyline from the ferry [Sam Skinner]

Hong Kong Island is awash with beautiful parks and temples, again all free to browse.

Man Mo Temple isn’t far from the bustle of Downtown Hong Kong, and features a wealth of stunning Buddhist iconography amidst an air thick with incense.

From here you can reach  Victoria Peak, which offers the best views of the city.

Skip the tram, which is both expensive and may necessitate hours of queuing, and climb the serene Morning Trail up instead. 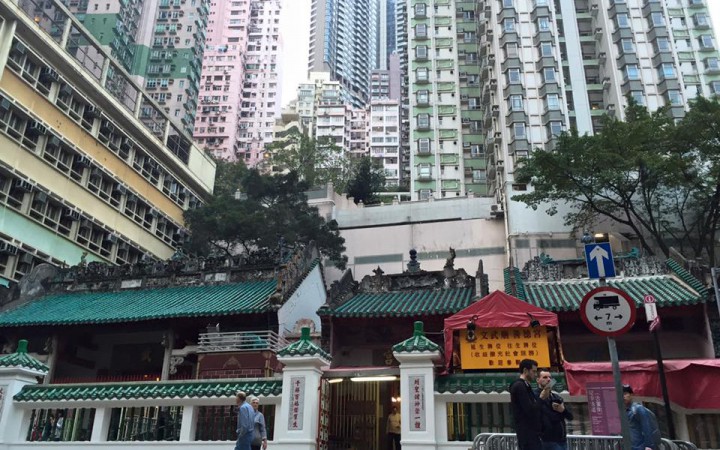 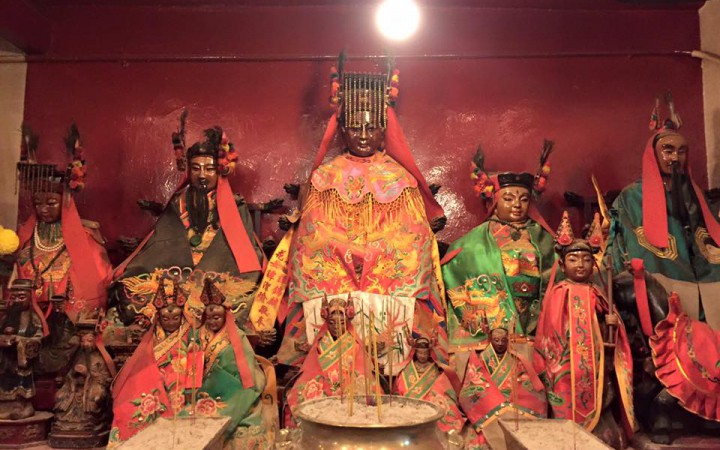 Inside the temple is a cultural and visual feast [Sam Skinner]

It’s at this point that thoughts may cross your mind of investing in a cab for the route back.

Don’t worry. Cabs in Hong Kong are obscenely cheap, with the first mile costing under £2, with incremental progress on the fare after that.

I took a cab on a 45-minute journey to the ‘Big Buddha’ way out in the countryside (an excursion decidely not worth featuring on the cheap list) for around £25.

Even then, catching the MTR (Mass Transit Railway) back to the city costs just a few pounds!

The MTR’s extensive network also allows you to get to the beautiful coast of Hong Kong Island’s southern tip for a beach day, after catching a short bus via Chai Wan station.

If you know where you’re going, it’s easy to catch Hong Kong’s equivalent of the Tube around the city for less than a pound.

As the evening draws in, thoughts may turn to going out for the night, and where most people slip up when it comes to spending money. It doesn’t have to be that way. 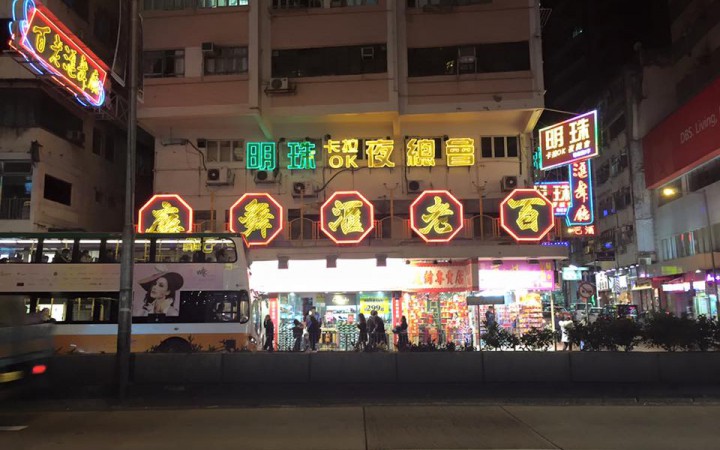 Hong Kong by night is an extravaganza of colour, sounds and smells [Sam Skinner]

The Hong Kong Central-Mid Levels Escalator is the longest in the world.

This escalator carries commuters from their homes on the upper levels down through the bar district of Soho (next to the party district of Lan Kwai Fong) to their work in the business district of Central. Great for a pub crawl.

Unfortunately, its inevitably here where stereotypes of Hong Kong’s pricey side do hold true.

Don’t be surprised to see a pint for around £6/7, if not more. If you insist on sitting indoors, be prepared to pay through the nose, or alternatively stick to domestic beer.

As the western food is expensive, so is the imported alcohol, so keep it local.

Of course, you could just grab a load of cheap beers from one of the nearby 7-11’s and sit out on the packed streets like many do.

In fact, Hong Kong’s balmy weather drifts pleasingly into the night, lending superbly to the idea of people-watching on the kerb with a Tsing Tao and some take-out Dim Sum, all under that sea of neon.

Two Days in Kowloon/Hong Kong for £20.

By Sophie Patrick
5 Mins read
An in-depth look at the 117th National Western Stock Show in Denver, Colorado, and at what makes this once-a-year event so special.
Technology