Instagram fame and the money that comes with it

Brands are now turning to the most followed users on Instagram in pursuit of attracting a broader and younger audience.

Not many people are aware of this, but having a significant number of followers on the photo-sharing site Instagram has become a platform where users can make money.

Companies and upcoming brands are now striving to work with Influential Instagram users who have accumulated a wide fan base due to their unique and artistic images, rather than others have gained followers from their luxurious lifestyle.

It works like this: Brands approach Instagram users who have a substantial amount of followers, these users are usually referred to as being ‘Insta-famous’. 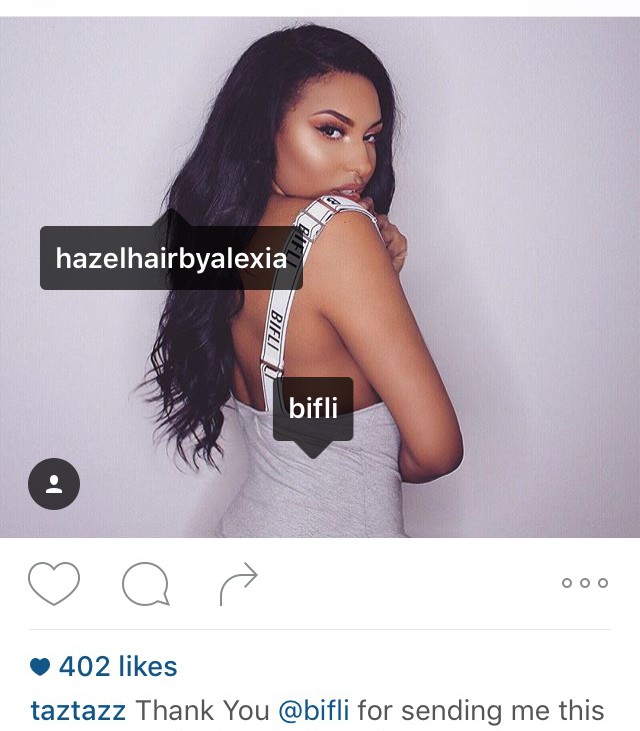 The brands agree to pay and provide users with their products and in return, users must advertise the brand on their personal Instagram account.

This new form of advertising is very popular with younger users as it is flexible and an easy way of making money.

The majority of promoters are ordinary people between the ages of 18-29, from all backgrounds and race.

It’s easier than ever to make money from Instagram accounts as apps like Takumi, Snapfluence, and InstaBrand help users with more than 1,000 followers connect with brands.

According to Takumi, which connects influential Instagrammers with brands, the entry-level for users with 1,000 followers can earn £4,160 per year if they posted just twice a week.

An index looking at the earning potential of ‘professional’ Instagrammers found that those with 10,000 followers, accounting for one per cent of users in the UK, can net themselves £15,600 a year by posting with the same frequency.

Dr Mariann Hardey, author of the Insta-index, said: “For the first time, ordinary people with a passion and flair for photography can commercialise their talent – actually earning a living doing what they love.”

Tara Adnele, a 19-year-old student at Brunel University bagged herself 13,000 followers within just two years for her distinctive looks and make-up tutorials. 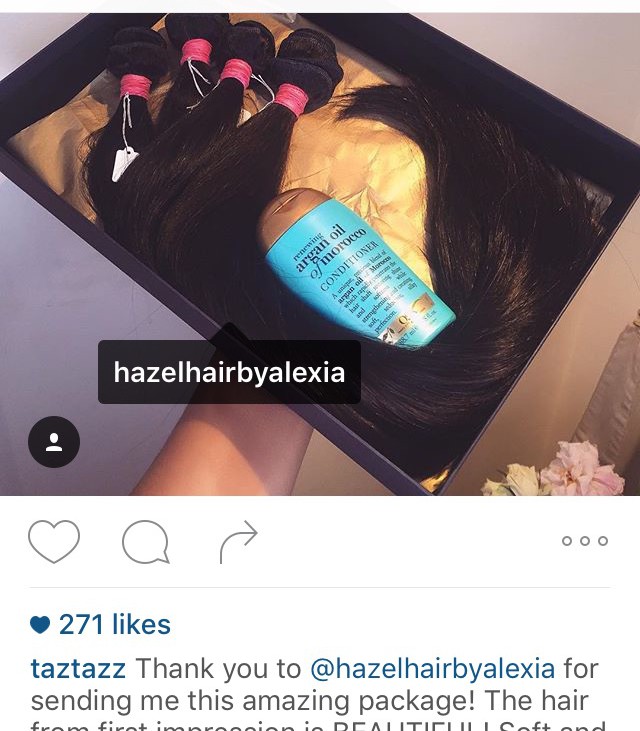 @Tatazz is a regular promoter for Hazel, Hair by Alexia

She originally created her Instagram account under the name of @Taztazz to showcase her creative side with no intentions it could lead to a career path.

Tara says a number of brands have asked to work with her and she says there is work required when advertising for a brand.

Despite this, it is something Tara enjoys doing as she receives an endless amount of samples and it also helps her build up her own brand.

“One the advantages of working with these companies is getting my name out, now that I have these followers, I don’t just want to have it for no reason. I want to try and start doing things, working in the industry of Instagram as well as with companies and brands.”

Being well known in social media also comes with its disadvantages.

She tells us that she doesn’t receive as much hate messages besides the men that critics her makeup tutorials.

Tara explains how she doesn’t let negativity like this get her down because she has so much love and support from her followers.

Sometimes, followers would stop her around the streets of London and ask for pictures with her.

“I get approached in the streets by girls, a lot of young girls and sometime even guys who call me by my Instagram name, which I find strange. Like at the Notting Hill Carnival this year a lot of girls wanted to take photos with me because they were so surprised to see me.” 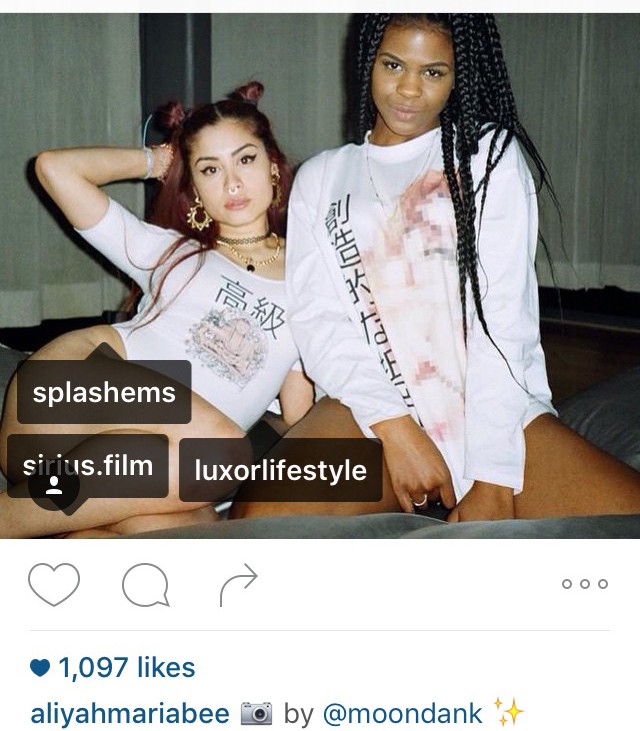 Aliyah Maria, a 19-year-old YouTuber and photographer became prominent on Instagram for her fun personality, which she showcased through her videos and pictures. “I can honestly say I gained followers of my personality and being myself. I do nothing special I just stayed real.”

Aliyah has accumulated 18,000 followers, which means she could be earning around £26,520 a year if she posted twice a week according to the Instagram Index; above the average UK salary.

Aliyah says she is approached by brands everyday via email and direct message, who are willing to pay for her advertising and also provide her with free products, although she wouldn’t confirm how much she gets paid.

However, the Youtuber did list some of the companies she has worked with: “I’ve worked with Nike, 1-Figures London, Beauty Locks, Weaveland Hair, Cyke and many more that I can’t remember at the top of my head.” 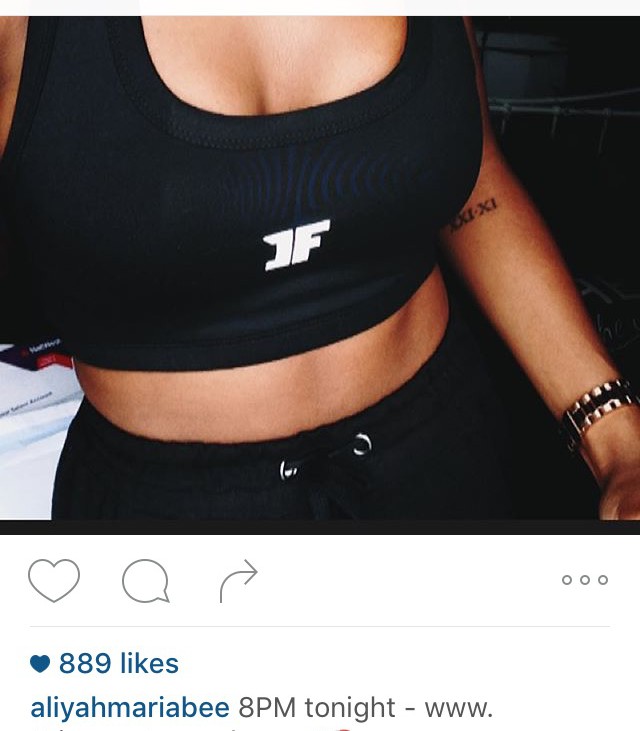 She also says that there are distinct disadvantages of working with brands, as well as the advantages: “I love that I can promote whenever I want to, it’s less pressure and it gives me time to think of different ways to promote their product. I get to experiment with new products, I get to voice my opinion, I get paid, and it helps me to expand my own brand. Also, who doesn’t love free stuff!

“I get threats and hate messages all the time, but that only means I’m doing the right thing. I’ve become so strong over the years that I laugh at negativity because it only shows how much that person doesn’t love themselves. However, I don’t pay attention to the negative comments, you would rarely see me clapping back at someone that is sending me hate. I always show my love and attention to people that respect me.”

“Having a large amount of followers is crazy, I get love an support from people all around the world. I’ve cried so many times at how much love I get, it’s crazy. I don’t think I’ll ever get over it, I’m truly blessed and truly grateful.”