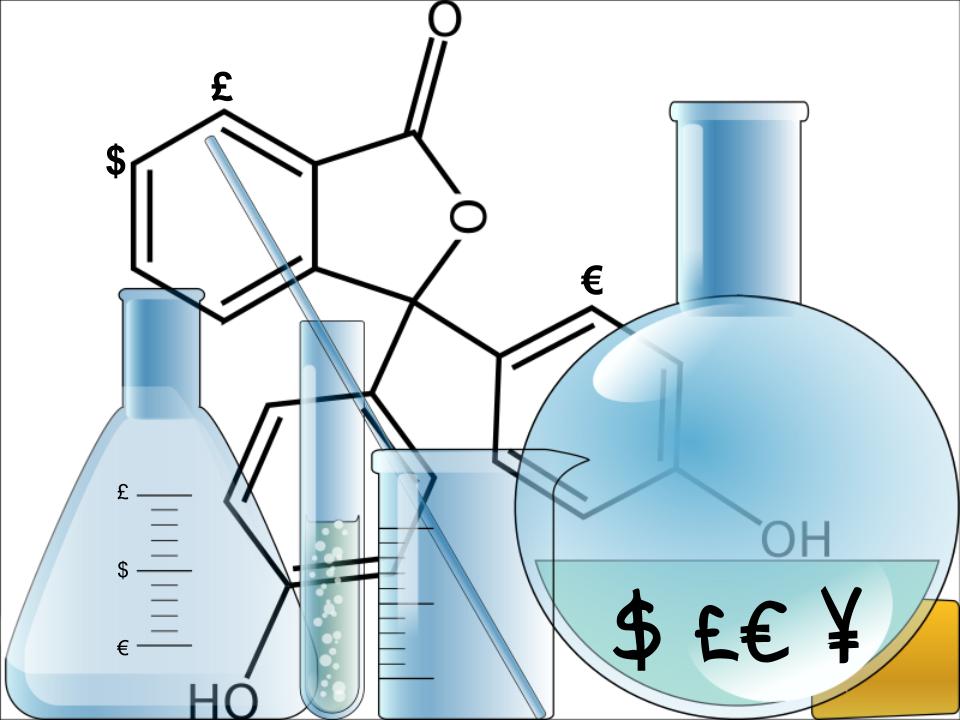 When people think of science, the words ‘lucrative business opportunity’ rarely spring to mind, and for quite a good reason; science tends to be isolated from the rest of human interaction and understanding.

Scientists, it so often seems, work in their stuffy labs with equipment with funny names and specimens that you need a Latin degree just to identify.

There have been several examples in the scientific world of how business and science can merge but they do seem to be few and far between.

The World Wide Web, for example, was a scientific creation and that’s an incredibly lucrative business opportunity – never mind that its inventor, Tim Berners-Lee, never sold or profited financially from his creation – in fact he gave away the ‘formula’ so everyone could use it.

The man still did rather well for himself as far as his career goes (creating the World Wide Web looks great on a CV), but he held no patents for his creation.

Other examples, like the use of many drugs in the pharmaceutical field, prove that there are areas of science that seem to profit very well from a business standpoint, but overall it seems that ‘science’ is just too separate by its very nature to be lumped into the same thought process as ‘business’.

There are those, however, who disagree, and Alice Bentinck is one of them.

Alice is a co-founder of Entrepreneur First, an organisation which supports European technical talent to build their own businesses, and she is one of four scientists/science enthusiasts who addressed an Imperial College event about the importance of marrying science with business.

What Alice talked about specifically is ‘deep tech’.

Deep tech, or deep science in general, is a highly specialised aspect of science, something that she calls “defensible technology”; something, in other words, “that would be really hard for someone else to copy”.

The World Wide Web is a good example of this. Tim Berners-Lee created it and was really the only one who knew how it worked. If he hadn’t released his idea of the web to the public it would have remained something that only he knew of and something he could market very successfully.

Similarly, in many areas of science today, including neuroscience, quantum physics, and others, scientists are diving deep into specific areas of specific fields to learn as much as they can. They are becoming incredibly well versed in niche areas. This is deep science.

This is where things also get complicated from a business point of view. Scientists who spend their lives researching one particular area are very rarely doing it for the money and therefore aren’t thinking about making a business out of it.

Or they simply don’t know how to become businessmen and women. They are, after all, scientists.

This is something that Theresa Schachner, co-founder of Post/Biotics and the second speaker at the lecture highlighted: being a scientist is “very different from solving a problem for customers and creating something that customers are interested in, something they will buy.”

“People don’t buy technology, they buy what technology does for them”
John Collins

And she should know, having created Post/Biotics with a partner in order to try to crowdsource new antibiotics.

Post/Biotics is a small toolkit allowing ordinary citizens to test for antibiotic elements in their own back garden and work together to solve the current problem of the declining effectiveness of antibiotics.

This is a point that Dr John Collins, commercial director of SynbiCite (pronounced sin-bee-city), cannot stress enough either.

Firstly, he makes a point of noting that “people don’t buy technology, they buy what technology does for them” but more importantly that “what’s done in a lab is never done in an industry”.

Perhaps this is part of the reason why science has never lent itself well to the big business of the outside world. When your focus is on retesting, control groups and answering deeply scientific questions in a lab, then a business setting that doesn’t allow for retesting or control groups may seem somewhat daunting.

Not to mention that things go wrong in the business world and that brilliant idea that occurred in the lab might not work so well when the element of people has been added to the equation.

Having said this, the fourth member of the lecture, Govind Pindoria, Director of Co.Create at Imperial College, points out an encouraging trend: “There are more and more people willing to take a bet to invest in things earlier, trying to bridge that gap between research and funding.”

That funding, almost undoubtedly, is there. The very fact that Kickstarter, the crowdfunding website, recently announced that it has reached 100,000 successfully funded projects.

Though not specifically science-based, it does show that there are plenty of people out there willing to invest in things they believe will succeed.

And that is where organisations like Entrepreneur First come in – they take talented individuals before they have a team or a specific idea and work with them to develop an idea that will bring in funding.

For Alice, it is also important that both co-founders are scientists.

By sticking fiercely to the technical side of things, Entrepreneur First allows the technological sciences to be successfully bridged with business and it allows for a greater chance of success.

Science may always have a strange, mysterious place within society, remaining largely not understood or misunderstood by much of the public, but perhaps the rise in popularity of crowdsourcing and the growing number of start-ups in Britain will allow scientists to feel more inclined to jump on the bandwagon.

Who knows, perhaps the next World Wide Web is currently, and unknowingly, being developed?

Isn’t that, ultimately, what science is – the pursuit of knowledge and the advancement of society?

Now all that is needed is for someone to bring these advances to the public.