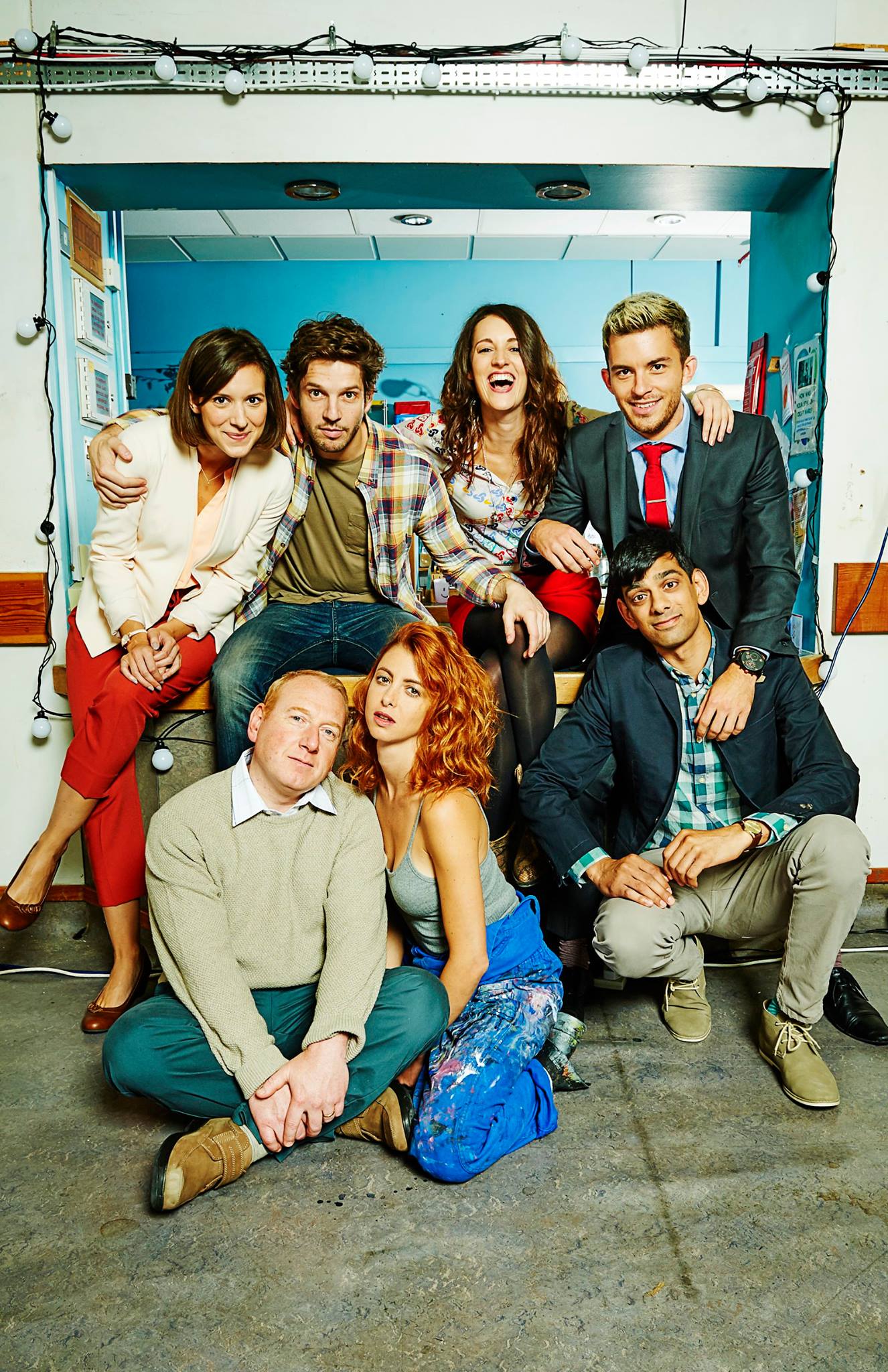 The quick-witted and fantastically comedic ‘Crashing’ showcased its finale on Monday 15th January, ending a six-show stint and leaving us eager  for more.

The show focused on the trials and tribulations of six twenty-somethings, bringing a modern spin on what it’s like to live in London. Being a property guardian is becoming increasingly popular for young people living in an era of generation rent, and that’s exactly how these six are thrown together, intertwining their lives, love and lust to create crude, unapologetic and frighteningly close-to-home drama.

Within a property guardianship, likened to a legal squat, a set of rules are agreed in exchange for big spaces, and cheap rent. With Crashing being set in an abandoned hospital, Melody (Julie Dray) the chain-smoking, foul-mouthed French artist quickly shuts down any ideas that this is anything of the sort. ‘You’re not allowed to have parties, cook meals, to have sex, light candles or smoke – it’s a riot.’

With her nihilistic attitude and humorously explicit sexual remarks we almost immediately warm to her, with her darkened and sarcastic wit trailing with her throughout the series. A sexual being, with the same frosty facial expression, Melody finds peace and artistic inspiration in an unlikely divorcee, Colin (Adrian Scarborough).

After she persuades him to move into the hospital, an intervention into his heartbreak at sharing a house with his soon-to-be-ex wife and her new fella, an unlikely bond forms through Colin’s love-lost grief and Melody’s love of twisted art.

Throughout the series there are some cringe-worthy moments between the two. Colin constantly shuts down Melody’s sexual remarks towards him, with the audience confused about the situation between the two. Does she like him in a more than a muse kind of way, with the final episode clarifying this when she rushes to aid him in hospital, after falling out of her ‘dodgy window.’

Love triangles play a part in making Crashing the hilariously accurate representation of society today. Lulu, played by Crashing writer Phoebe Waller-Bridge, brought trouble to Anthony (Damien Morley) after she arrived at the hospital after backpacking around the UK. A witty dig at modern culture (who goes backpacking round the UK?).

Anthony is engaged to polar opposite, uptight Kate (Louise Ford), who on the curry night episode found talking in an Indian accent highly offensive (‘That actually makes you racist’ mocks Lulu) in an episode that could be a major highlight in the series.

The episode sparked debate on the female orgasm, when Kate admitted she’s never come with Anthony (until they later have sex and he cries, a strikingly awkward moment).

The constant reassurance that Kate was fine with Lulu moving into the house was even more arguably justifiable when she offered Lulu a job as a receptionist at her work then got her fired. And then didn’t. Another awkward Kate moment.

And homosexual relationships are not forgotten. Kate (almost) went lesbian after admitting she had thought about going with girls, but the main focus on homosexuality is through cock-confident Sam (Jonathon Bailey) a man who claims to love women and knows he’s a ten.

He’s the typical class clown, the jock of the show, oozing off a strong masculine energy which we learn is a cover up for his confused sexual feelings, brought obvious in his unlikely friendship-turns-relationship with Fred (Amit Shah). It’s the love story we all kind of wanted to happen and we’re heart-rendingly jealous that it did.

With ongoing themes of sexual frustration, sexual confusion and sexual antics, Crashing makes for a hilarious take on contemporary society, and with the episodes only reaching around 24 minutes long it makes for a great binge-watch.

Gold star for you, Channel 4.