(Is There) Life on Mars?

The past couple of years have marked significant progress in space research – on 28 September 2015 NASA confirmed the existence of water on Mars which would be a potential indicator for early life forms. On 21 January this year a new planet was added to our solar system, replacing Pluto. These two discoveries mark the success of over six decades of extensive scientific thought.  An exhibition at the Natural History Museum reflects a new take on that. 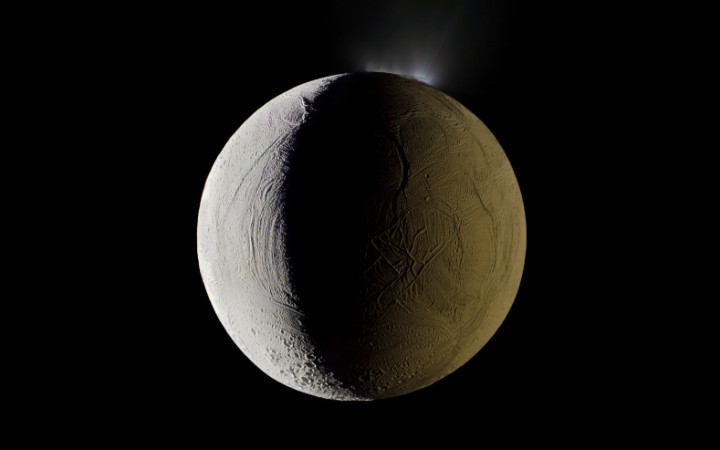 Otherworlds:Visions of our solar system gives further insight into planets, galaxies and celestial bodies. The exhibition is a unique symbiosis between photography, music and science. Curated by artist and writer Michael Benson, it shows raw imagery provided by NASA and ESA, which represents specific moments of space life – solar and volcanic eruptions, eclipses and dust storms and typhoons.

“All images are ambassadors between reality and ourselves” Michael Benson

Composed of 77 images, this exhibition explores an entirely new photographic genre which started in 1957 when the first Earth-orbiting satellite was sent in orbit. With the technological advances of the past few decades, exploring the subject matter of space landscapes and space images was unimaginable for the science fiction writers of the last century.

The exhibition is divided into sections. Each part is dedicated to a planet of the solar system and culminates with a short video featuring Michael Benson and investigating scientist Dr Joe Michalski. He gives “insights to our place in the cosmos” by explaining the importance of the question which even David Bowie addressed in 1973 – is there life on Mars? Dr. Michalski explained that the observation is closely related to the origin of life on Earth.

Highlights of the exhibition include A Plutonian haze, which shows the moment when a spacecraft flew close to the “dwarf planet” and revealed its scientific complexity, as well as A Warning Comet, which is a twin-lobed comet.

The exhibition’s soundscape was created by Brian Eno, a pioneer in musical exploration and experimentation through technology, featuring sounds that give the impression of observing the cosmos from a spaceship. He commented, “We can’t experience space directly; even those few who’ve been out there have done so inside precarious cocoons. The float in silence – for space has no air, nothing to vibrate and therefore no sound.” 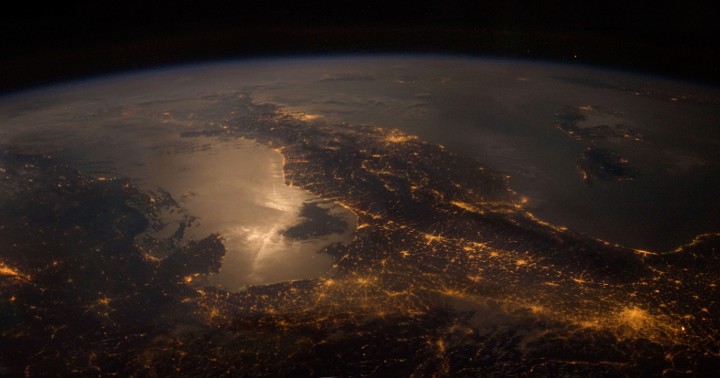 However, space can be imagined as a sonic experience, which could translate a certain mood and even feeling to the public. Eno also said, “The discoveries of the space age have revealed instead a chaotic, unstable and vibrant reality, constantly changing. This music tries to reflect that new understanding.” In that sense, “space noise” could be regarded as a metaphor and fantasy of an unanchored experience, which has existed until recently only in our imaginations.

Michael Benson’s work has mainly focused on capturing planetary landscapes. For Otherworlds he searched archive science material and merged multiple black-and-white images shot through different filters to create colour pictures of scenes which were captured by a computerised camera and so have never been seen by a human eye.

Benson is also an award-winning film maker, who combines fiction with factual documentary practice. His most recent book Cosmigraphics: Picturing Space Through Time explores the micro world of life, seen though a magnifying lens. Benson comments,”Through the agency of a small squadron of increasingly sophisticated robotic spacecraft, we’ve seen Earth dwindle to the size of a pearl, and then a pixel, as we voyaged far beyond any place ever directly visited by human beings.” 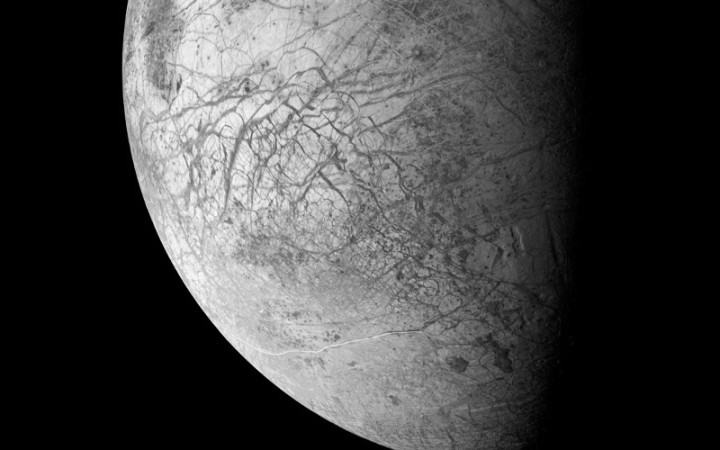