It was an historic day: February 17, 2008, the day Kosovo was first declared an independent state.

Since then though It would be wrong to say that the country has not suffered unrest since then: Today opposition supporters gather outside government buildings to call for the resignation of the state.

They oppose deals the government has reached with Serbia, claiming they go against sovereignty of the country because they give Serbia a chance to intervene politically in the decisions made in their homeland.

It is understandable that the role of Serbia is a sensitive topic amongst the people of Kosovo. 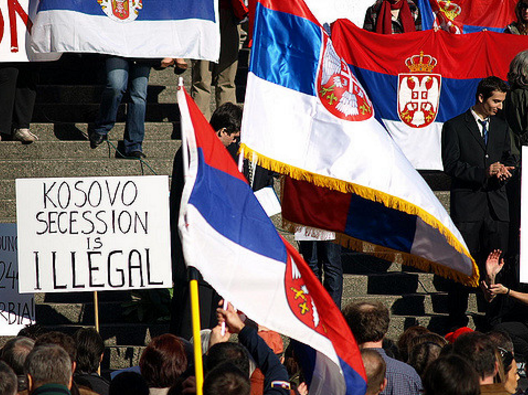 The outbreak of the war in the late 1990s is still fresh in the minds of the Kosovan people, so any decisions that include Serbian intervention are likely to cause debate.

However, despite the ongoings and the unrest, Kosovo remains a place that many consider home and a way in which Kosovans who live abroad are able to get away from the hectic lives they live abroad.

Kosovo has a euphoria about it, the country breeds a different attitude to life compared to most of its European counterparts and for many, returning to Kosovo is a way freeing their minds.

Some world powers, such as Russia and China, still refuse to recognise Kosovo but that takes nothing away from the development the country has undertaken in the past few years.

There are also plenty of gatherings of Kosovans in London; the community is small, familiar faces are recognised whenever you attend an event where the achievements of a small South-Eastern European state are celebrated, especially when celebrating a day of liberation for Kosovans.

If there is one thing all Kosovars agree on, it is the pride they all have when talking about a country that has remained in their hearts, despite trying to better their lives elsewhere.

“Today we don’t only celebrate eight years, we celebrate the years before that – which got us where we need to be. The struggle, the fight and for us, even if Kosovo was not recognised as an independent state, that would change nothing for us,” 18-year-old Besart Halilaj told Artefact in a pub in north-west London where many gather every year to celebrate.

If there is one common ground between all of them: it is the fact that they are proud of our roots and not afraid to show it and this was definitely the vibe we got from talking to a number of other people, both young and old.

Why are they so defensive over their country? Why are the achievements of everyone in our country celebrated, despite the fact that these people may not be well known around the world? Or even Europe? It may be hard for British, or even any other nationality to understand.

There are plenty of Brits who have achieved a lot over the years and are world figures, whether it be because of sport, music, art, culture, writers, poets, the list is endless; but in terms of Kosovo, people are just finding out who they are.

For example, Majlinda Kelmendi is a national hero, who is a judoka sportswoman and many around the world have probably never heard of her, despite her achievements being lauded by Kosovars and repeatedly mentioned in the press there.

When asking people what they take the most pride in, the responses were all of similar ilk: the fact that they have a place away from all the madness that they can call home.

Fjolla Mehmeti explains how it’s a getaway for her: “Kosovo is my escape route, I love going up to Prizren (known as Kalaja, a castle, e Prizrenit, in Albanian), and walking up hills, taking in the culture, which is something we forget sometimes. As it is my hometown, I don’t tend to think of the cultural side of it but it is a massive part of Kosovo and its history, hence why it is called the cultural capital of Kosovo.” Other Kosovars agree. 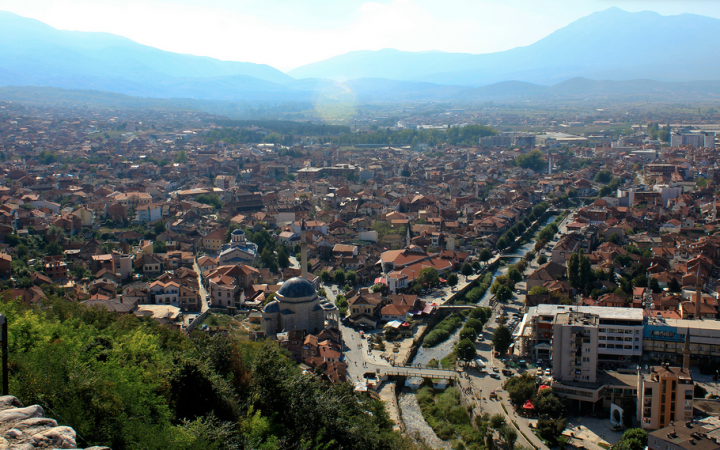 Prizren, Kosovo. The cultural capital of the country, many claim [Andrea Anastasakis via Flickr CC]

The setting for the celebration can be described as a traditional English pub in North West London, that is conveniently owned by a famous Kosovan singer who is also Rita Ora’s dad, but what goes on inside is nothing but.

The live band play a number of traditional songs and all music is sung in Albanian. For example, Gjamadani Vija Vija is a song which is sung regularly at weddings, gatherings and parties such as the celebration of independence.

The name of the song is just a simple description of an Albanian item of clothing, directly translating to “a striped vest”. Its lyrics tell a story of two countries that share many similarities, Kosovo and Albania, and the lyrics depict a story of togetherness through language, land, music, in other words, all the similarities both countries share.

In addition to the music, traditional Kosovan food is also served in the pub or otherwise known as “qebapa” which is also considered a staple food in Kosovo, that many will eat daily as it is served in all food restaurants. 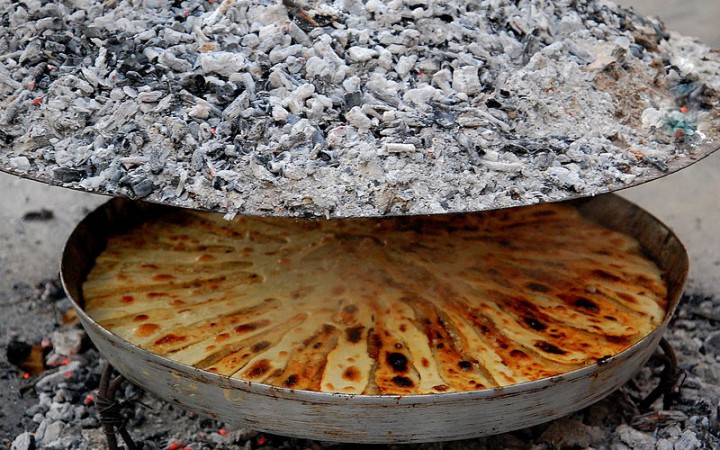 Those from Kosovo do not shy away from speaking about their heritage, many will gladly talk about what they love and admire about Kosovo.

Linda Haliti, like many Kosovars, expressed similar thoughts about her home country: “I like the fact that I can go back and it never feels like I’ve been away. Everything about it is different to anywhere I’ve travelled. You can say every country is different but Kosovo is almost in its own little world. This year there was a beer festival held in Kosovo for two days, there was beer sold for as little as 70 cents! It is definitely got a young population”.

It is estimated that 70 per cent of the population in Kosovo is under 35, making it one of the youngest populations in Europe and it definitely seems like a fact when you do visit.

Nightlife is at the forefront of the attractions, with summer nights exuding a party vibe, no matter what day of the week it is.

A young developing European country, no doubt the tourism industry will only grow and many will start to recognise the rich cultural heritage Kosovo holds in years to come.

By Will Drysdale
8 Mins read
We spoke to MP Sir Roger Gale about the humanitarian crisis unfolding in Europe, and a new scheme to host Ukrainian refugees.
Food

By Martha Stevens
5 Mins read
What exactly is it about our beloved, greasy, British cafés that makes them so great, and why do we go back time after time?