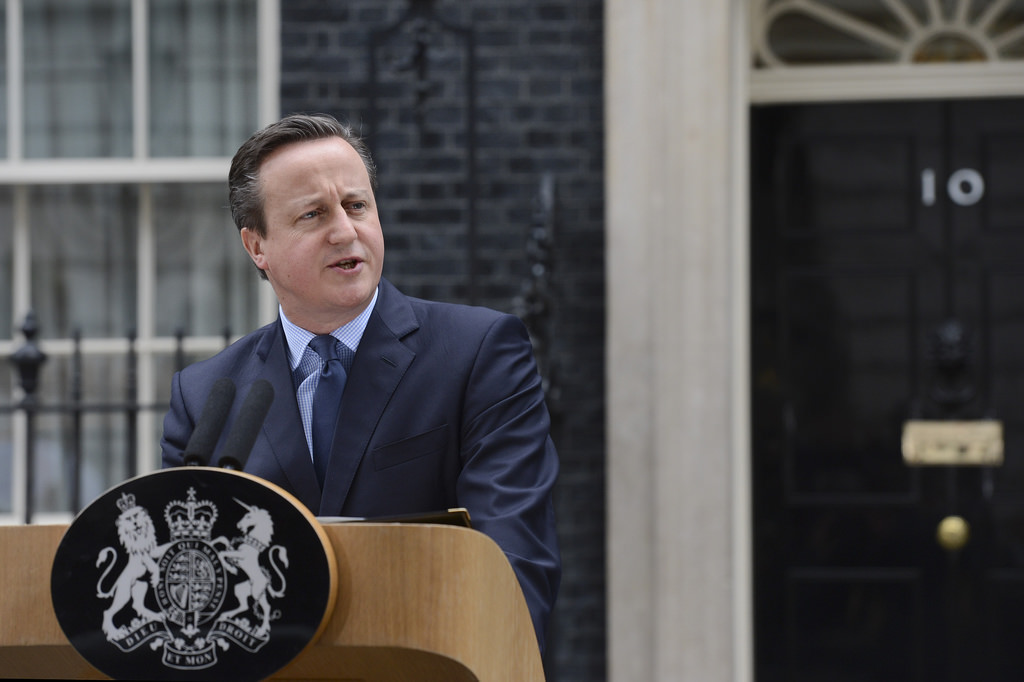 After months of late-night meetings, heated debates, and endless speculation, we finally received concrete confirmation that politics’ worst kept secret is in fact correct: a referendum on Britain’s place in the European Union will take place on June 23rd.

As he recited a carefully worded statement from a lectern outside 10 Downing Street, David Cameron returned to a phrase that has become a favourite of his in recent months, that this referendum would be “the biggest decision of our lifetime”.

To give Cameron his due, he has worked extremely hard to achieve a deal that, rightly or wrongly, he has described as being a victory for Britain.

Bleary-eyed and fuelled almost entirely by coffee, he spent several months flying to every corner of Europe in an attempt to schmooze his fellow heads of state, all to piece together a deal that was finally completed late one Friday night in February.

Heading into the summit in Brussels shortly after, it looked unlikely that many of Cameron’s initial demands were to come to fruition.

On the issue of migrant benefits in particular, the Prime Minister faced considerable opposition from the Visegrád Group (the Czech Republic, Hungary, Poland, and Slovakia), all of whom were worried about the impact that any sort of crackdown on benefits would have on their citizens currently working in Britain.

But after hours of intense discussions, Cameron left with what can, under the circumstances, be seen as a significant victory.

On in-work benefits, he managed to achieve the ability to apply an “emergency brake” on payments for seven years – down from his initial wish of 13 years but more than the five years that the Visegrád Group had set as their maximum limit – whilst child benefits will now be indexed to the standard of living in the country where the EU worker’s children are based, rather than paid at the British level.

This will immediately apply to new arrivals, whilst EU citizens currently working in Britain will be subject to the treaty change from January 1, 2020.

But the big question now is whether or not Cameron’s “victories” will do enough to sway undecided voters, or, better yet, change the minds of those that are currently backing Brexit.

Despite what he may say and no matter how he tries to dress up his deal, the nature of British scepticism towards the EU and the overall limits of his changes are unlikely to feature strongly in the minds of many.

Immigration has consistently ranked at the top of voters’ concerns, overtaking both the National Health Service and the economy to become the issue on which they place the most significance.

Linked to this is the hostility surrounding the issue of freedom of movement for EU citizens, and it is one that has been shown to have a considerable affect on voting intentions when possible outcomes to Cameron’s renegotiation process were factored into questions.

In October 2015, a poll conducted by Ipsos Mori found that the number of Britons that want to remain in the EU dropped substantially when voters were asked to factor in an inability for freedom of movement to be limited.

The poll also indicated that nearly six in ten Britons want freedom of movement to be restricted, with just 16 per cent believing that it should either be kept in its current form or that controls should be abolished altogether.

As such, any changes that Cameron may have won in his deal are unlikely to make a difference to Eurosceptic voters’ intentions unless they can be directly linked to immigration levels, which, with little sign that any of his changes are able to do so, will be incredibly difficult.

One of the biggest disappointments for Cameron will be the hostility with which his EU deal has been received by voters since a draft deal was first announced in the early days of February. 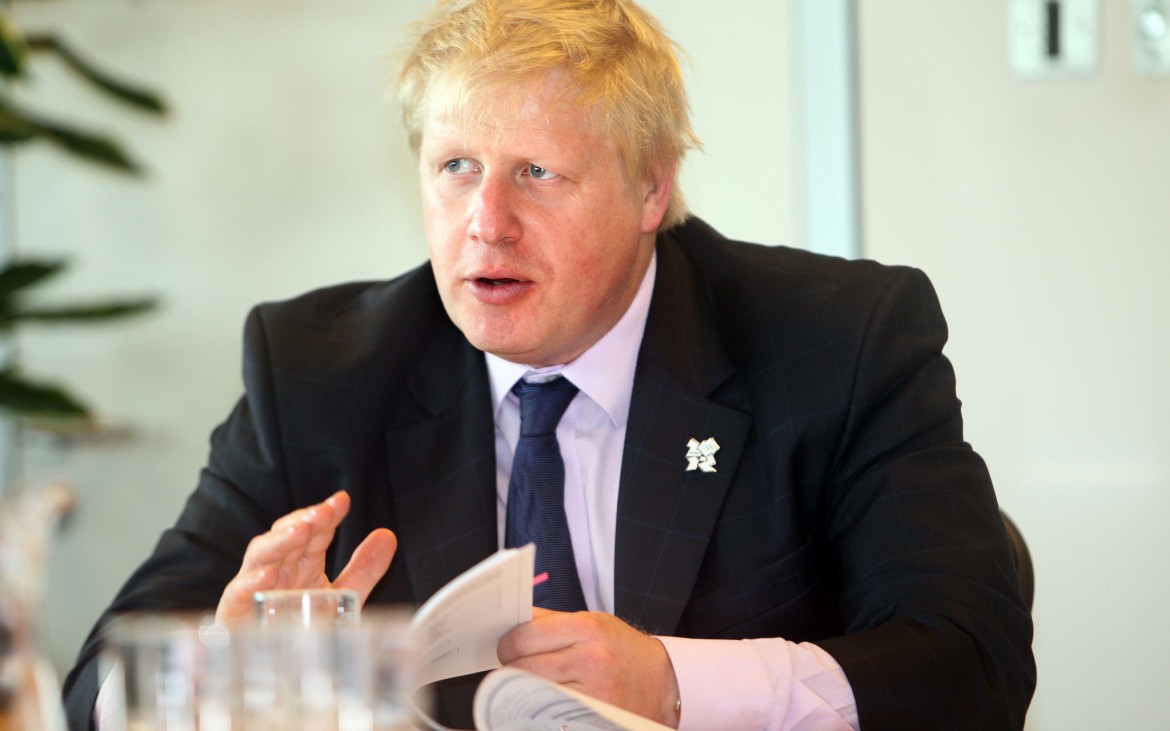 Boris Johnson is one of the biggest names to back Brexit. [Stephen Lock]

With Cameron’s changes largely failing to calm the fears of voters, it paves the way for another factor to take the forefront in the debate, and that is the issue of popularity and which politicians can have a truly significant impact on the views of voters.

Much has been said about the “big beasts” of Cameron’s Cabinet that, since having their shackles removed by the Prime Minister on Saturday, have announced their voting intentions, and, when examining the polls, it has to be argued that most of the politicians that really matter to the public are largely concentrated in the Remain camp.

Despite concerns and grievances over his deal, Cameron is still by far the politician with the most swaying power when it comes to influencing voting intentions. In a recent poll conducted by Ipsos Mori, 44 per cent of voters said that the Prime Minister is important for them in deciding how they will vote in the referendum.

Meanwhile, Theresa May, George Osborne, and, interestingly, Jeremy Corbyn made up three of the top five politicians with 28, 28, and 27 per cent, respectively. All have announced their support for Britain to remain in the EU.

However, there is still hope for the Leave camp, and it lies firmly in one man: Boris Johnson. Consistently topping polls as the country’s most popular politician and second only to Cameron in his ability to influence EU referendum voting intentions, Johnson was the one politician that both sides of the argument were desperate to claim for their own.

After, in his own words, spending weeks “veering all over the place like a shopping trolley”, Sunday afternoon finally saw him make the decision to defy Cameron and back Brexit.

After struggling to attract big names that will resonate with undecided voters, the Leave camp have now been handed a huge boost with the inclusion of Johnson, the biggest of the beasts to signal his intent to campaign for Brexit and arguably the only one with any ability to influence the views of voters.

Whilst there is undoubtedly truth in the opinion that Michael Gove will bring intellectual credibility to the Brexit campaign, his consistently poor approval ratings are unlikely to result in swathes of voters suddenly joining the Leave camp en masse.

Similar is the situation surrounding Iain Duncan Smith – another Cabinet member who is backing Brexit – whilst both Nigel Farage and George Galloway are incredibly divisive figures that enjoy little popularity amongst voters that are detached from them politically.

As a result, the hopes of the Leave camp are now lying firmly with Johnson as they head into what is sure to be a frantic and intense four-month period.

Whilst it is unclear exactly what role he is going to play, by backing Brexit the Mayor of London has put himself forward for a leading role, as all involved are well aware just how important he is going to be in appealing to undecided voters.

With Cameron’s treaty changes largely failing to resonate with voters, popularity not policy is now set to take centre stage, and Johnson could prove to be the big beast that decides whether or not Britain votes to leave the EU.