Started from a DM and now we’re here 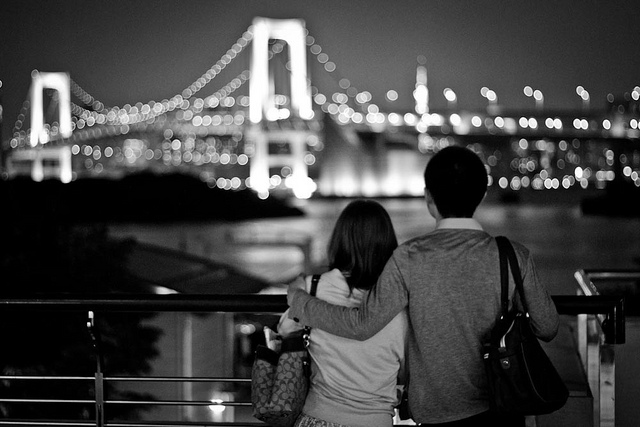 It’s no surprise, in today’s day and age where more people are users of social networking sites – a life where Instagram interactions or a retweet on Twitter could lead into conversations.

For many, these conversations are the beginning of something they never expected from a friendship or for the fortunate a relationship.

Artefact has tracked down some couples for who it started with a direct message: 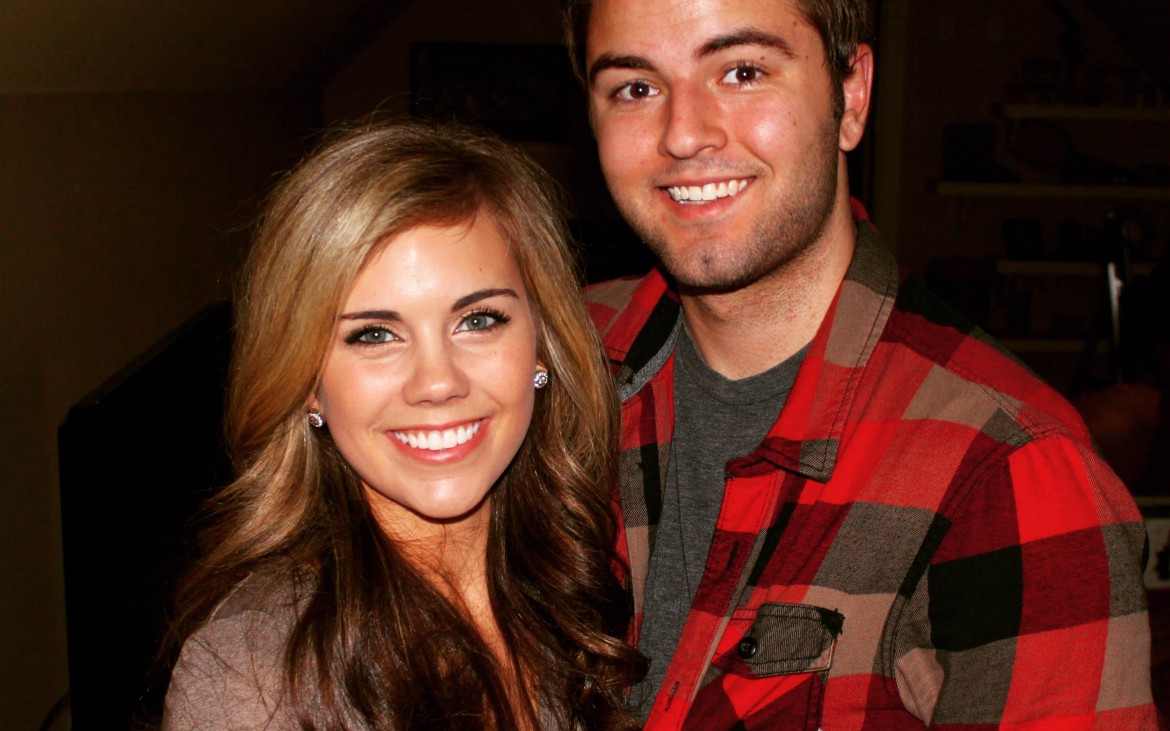 Luke and Lindsey on their first date [Luke Lenzon]

For Luke, searching for love and someone who understood his Christian faith was something he had been searching for. With his endless night of sulking in his singleness, he felt like there was no hope of finding love.
One night whilst drowning his sorrows it was brought to his attention, “a girl with her Twitter name in all capital letters” was favouriting a lot of his tweets, but he ignored it.
“Although I will say, the all-capital-letters-Twitter-name made it difficult. I go downstairs, grab another plate that features an unhealthy amount of scotcheroos, and she was still liking everything that I have ever said.”
He clicks on her profile, Luke was impressed, her account filled with Bible verses was a good sign and her profile picture was very cute, it was a straight follow. It wasn’t until a week later, Luke finally decided to direct message Lindsey on Twitter as he was confused to why she never followed back after liking almost every one of his pictures.
Within a couple of weeks they started talking. With Luke, living in Texas and Lindsey in Michigan they didn’t let the distance get to them and after three months of talking Luke decided to fly out to see her. 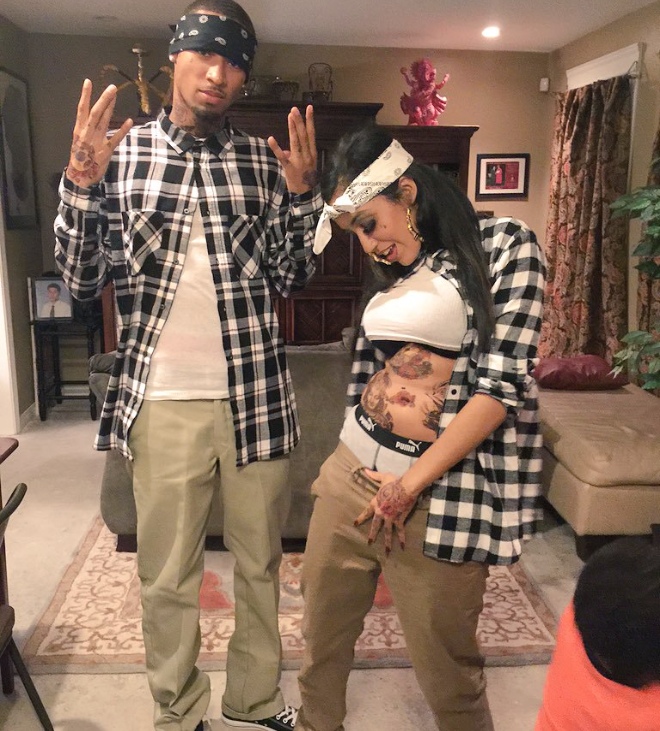 Antonia and Joseph on Halloween [@antonialuv]

It’s not everyday the guy you have been dying to talk to on Twitter decides to randomly message you.
Well, that was the case with Antonia. It first started in 2013, when Jospeh followed Antonia as he was attracted to her looks and her bright burgundy hair. He was hoping she would direct message him first but that did not happen.
So, he had to make the first move once again “I’m coming first in your dms lol”, the message read.
From the point onwards the couple instantly connected and they carried on speaking throughout the summer without letting the distance get in the way of the moment. Joseph attended the University of Louisiana at Lafayette and Antonia went to school in New Orleans. The couple eventually went on two dates after talking for months, but because of the distance Joseph and Antonia never got into a relationship at the time, “though our connection grew stronger by each day.”
Just a couple a month later, in 2014, Jospeh moved to New Orleans “This is when I realised that the connection and growth was real and decided to give it a shot.” Now, a year and a half later we are madly in love and live together. 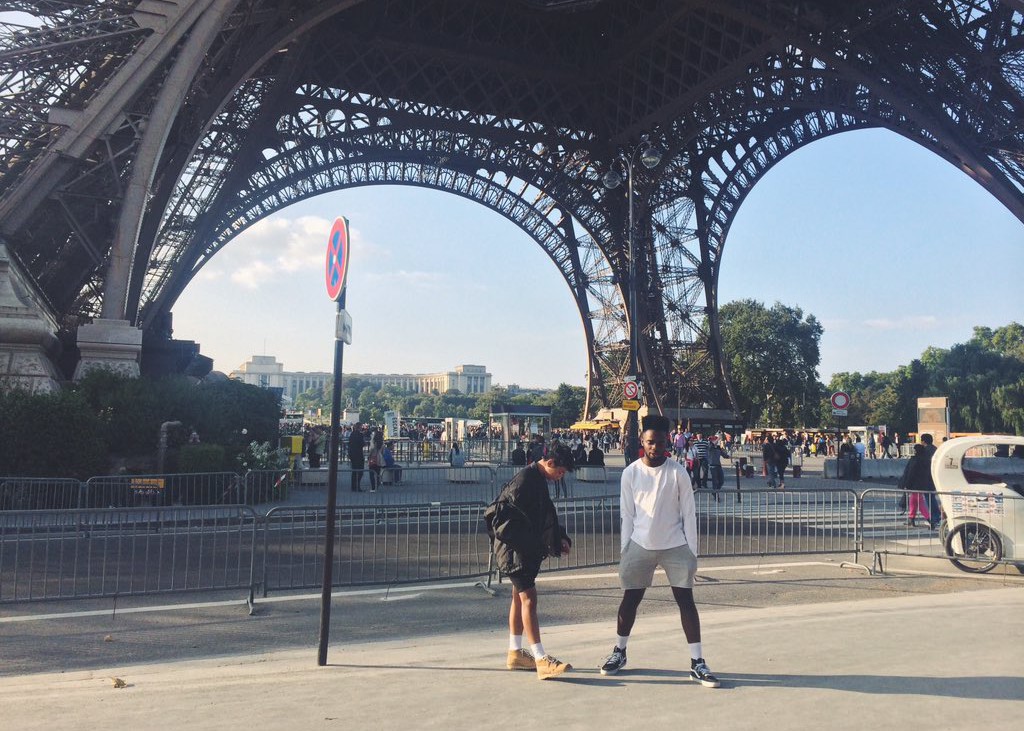 Isiah and Zackry Is in Paris [Nino]

Back in 2012, on  boring winter’s night Zackry decided to DM Isiah a boy he had been following for a couple of months, they started talking about the random ordinary stuff.
Zackry, thought nothing of it, it was just a friendly conversation. This later turned into a friendship and just after a few days, Zackry decided to give Isiah his number. Their conversations went from a DM to texts and then phone calls.
“This friendship grew into something stronger and though everything at the time seemed like it was moving fast, it felt right.”
During this time, Zackry still lived in Oxford but was in the process of moving to London, where he was due to start University. “When I finally moved to London, we met up and decided to go on a date.”
Just after their second date, the couple decided to take their friendship a step further to a relationship. “We became the happiest and the most in love young people ever.” Zackry did not believe that a conversation on Twitter would lead into something so serious.
“Everything seemed perfect and good. This relationship became my most serious and committed relationship to date and we stayed together for over a year.” However, after a year and a couple of months into a relationship things slipped off and I became the roots of our problematic relationship. Infidelity. Though we tried to work things out and save our relationship, it just wasn’t working out and my stupid decisions got the better of me. That part was the biggest regret of my life so far.