Following the French on food waste 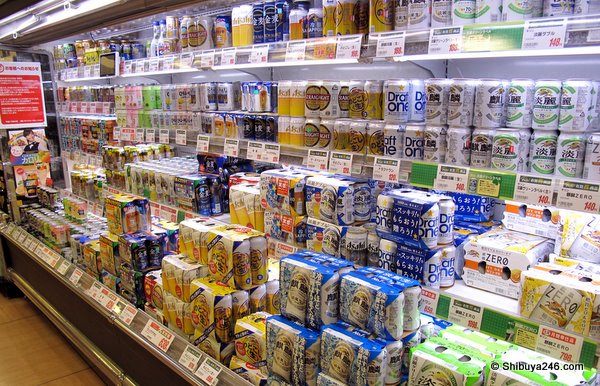 Last month France became the first country in the world to ban food waste in major supermarkets by law. Large shops with a footprint of 400 sq metres (4,305 sq ft) or more will now have to donate unsold food to charities and food banks or face a penalty of €3,750 (£2,900), according to recent news reports.

But should the United Kingdom do the same as their French counterparts?

The latest figures published by the Waste and Resources Action Programme suggested that in the UK around 15 million tonnes of food is thrown away every year.

Almost 50% of this comes from our homes and 30% from food manufacture and retail.

Despite this staggering figure there has been a decrease in food waste between 2007 and 2012 avoidable food waste has been reduced by 21%, over 1 million tonnes, says the organisation.

However, Britain still has the highest level of food wastage in the European Union, with each household binning 13 ponds of food a week.

Many people are still going hungry in Britain and looking through supermarket bins to feed themselves and their families. A 2016 report from Trussell Trust showed at least 4.7 million people live in food poverty in this country.

Artefact spoke to two London charities about the issues faced with the new French law and their opinion about this country introducing the same law.

Ray Barron-Woolford is the founder of We Care Food Banks. The charity was set up by Woolford after he frequently found people searching for food in bins outside his office on his way to work.

Woolford said: “I presently do not advise French supermarkets on this as it is a lot more complicated than it appears.

“Supermarkets have no idea how much food they will have left at the end of the day, and food charities do not have enough transport to collect food.

“They also do not have enough food storage and no fridges to store food they receive from supermarkets. In UK apart from the We Care food bank that opens six days a week, most food banks only open one day a week, so distribution, storage and transport is a huge issue and one France is having real problems with.”

We also spoke to Mohammed S Mamdani the founder of Sufra, a community food bank & kitchen based in the London Borough of Brent.

Mamdani told Artefact: “It is a positive move to reduce food waste with this law, as it means more vulnerable people have access to food. It also reduces the cost of charities from buying food from other stores.

“However, the law making it illegal to throw away food brings pressure to charities to accept food they do not necessarily require.

Charities may be forced to throw away food that they cannot store. Despite this, if the new law was enforced in the UK, charities would have to pay for vans to collect the food from supermarkets, which is more costly.”

There are  already a few supermarkets across London that donate food to their local charities and food banks such as Marks & Spencer, Waitrose and Morrisons.
Morrisons in the Aylesham Shopping Centre, Peckham, was one of the first store taking part in a trial to encourage supermarkets to donate food to charities, back in October, 2015, which Morrisons in Peckham have since introduced.

We spoke to Andy McQuad, Morrisons Store Manager, Peckham on how this works. He said: “We record all the waste and its value for food banks and every Saturday they would collect the food.

“However, we only donate food with damaged packaging and not food that are towards their sell by date. The food which is going off on that date would be placed in the canteen for staffs and they can then take these food home at the end of the day.”

However, other store managers do not agree that the food waste law would work in all stores.

Upes Patel,  the manager of Co-operative, Denmark Hill, said: “It would work if the law was to be enforced in the UK. However, I wouldn’t recommend it, most food that we throw away have an expiry date and because of the expiry date we throw them away.

“If we were to give it to charities and food banks and anything was to happen to the people who consume our food that would go back to us.

“In more detail, if someone ends up ill from the food we have provided we could be sued for that. Despite this, all of our food is recycled, therefore it is not food waste.”