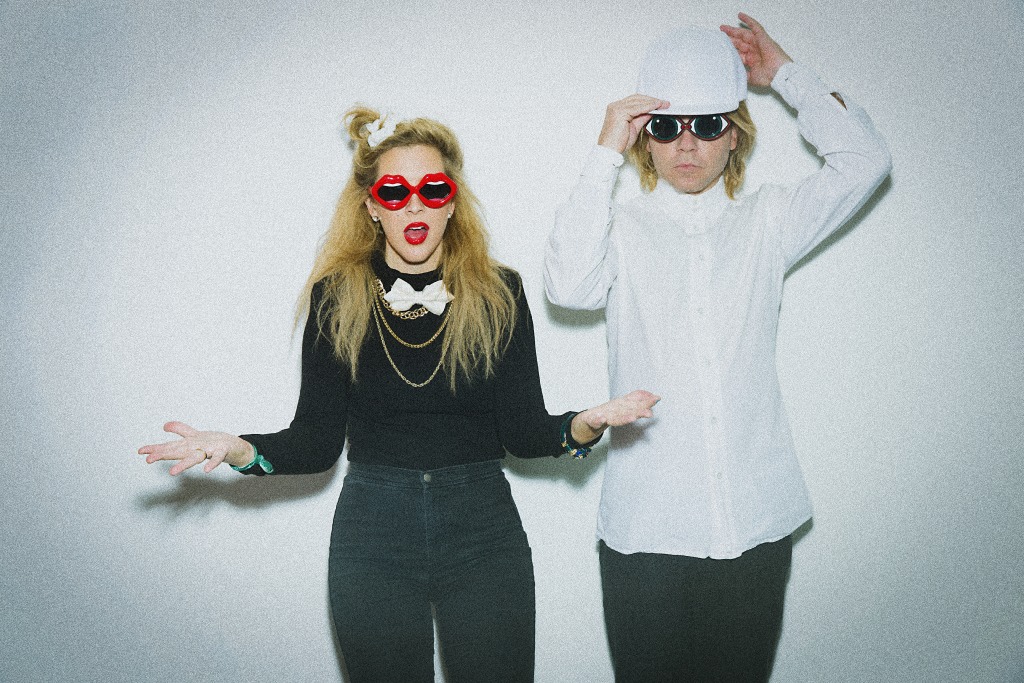 Niki and the Dove have been under the radar for four years now, but after having some time out to write a new album and have a change of style, the indietronica duo from Stockholm, Sweden are back with their album Everybody’s Heart is Broken Now, which is due to be released in April.

Artefact caught up with Malin and Gustaf find out more:

After having quite some time away to write music, what is it like to be back?

Gustaf: It feels really good! Writing music is one of our favourite things in this business. The act of writing is something that we really enjoy in the part of all this circus so to speak. It’s a little bit sad it’s over now. We always write music, even if we haven’t planned anything. It’s hard to stop the writing process because it’s always happening.

Malin: Yeah but I would also say that is feels very good to be back because we have been writing these songs and So Much it Hurts is one of the oldest songs and it for me personally feels very good that we get to share it with an audience.

We haven’t heard much of the new album, but how does this album compare to your previous music?

Malin: Well this one is much more acoustic.

Gustaf: I think one big difference is that we put the bass and the drums in focus. Instinct was an album full of sounds and landscapes. This album is more conventional in that sense, regarding sounds. That is my own opinion anyway and as Malin said, it’s more acoustic and bass and drums are very important.

Malin: I think that this time we focused on getting the groove so to speak with less elements. So you have to get the groove with the drums and the bass and if you can listen to it forever and ever then it’s good. It’s solid. And I think that is something that we worked a lot with on this album, it’s hasn’t got that much decoration, where Instinct has a lot of details and decoration about it. I think when it comes to the vocals, this one is more laid back, instinct was very much a belting album, it was like a cry out. I think that a lot if people sensed that and I sensed that myself. This time we have gone into other worlds.

Is it a daunting changing your style?

“So you have to get the groove with the drums and the bass and if you can listen to it forever and ever then it’s good.”

Malin: This is what we wanted, it’s quite funny because when we were playing Brighton Great Escape Festival, that was a long time ago, around three/four years ago. I remember me and Gustaf standing on the pier and they were playing some music in the speakers and we said oh my god this is how the next album is gonna sound, exactly like this. So we decided what we wanted to do already like four years ago, but then you need some time to prepare yourself and to get into it. So it was a firm decision to go this way.

And how long did the album take to write?

Gustaf: We started one of the first songs, as Malin mentioned So Much it Hurts is one of the oldest ones and we started that one in 2013 but actually the core of the song was born in a studio when we were doing a radio show in Los Angeles. We were doing a sound check and the song was born there, we didn’t have time to evolve it but I recorded the little seed that we found there on my phone. The thing is, in the other room we were pretty shaken up because Elton John was in rehearsal doing something and we were really nervous and giggling, because for us it was a big thing and we were standing outside his door. We didn’t see him but we heard him hammering on his piano quite loud, maybe that was some kind of inspiration in a way.

Malin: It was surreal.

Are there any other artists that you are inspired by?

Gustaf: Both me and Malin are both very fond of Voila Records and when we have time off we go out in the city and buy records. And you dig deep in those record crates and you find music that you are so happy that you’ve found. These artists are so small and unfamiliar and we get really inspired by artists that never got any recognition, they haven’t been on the surface. You can be surprised of how much good music there is out there that no one has heard.

What about famous artists?

Gustaf: One of these people that I really admire and am really stunned by is Drake. I think he is doing some really great stuff. Also Kanye West and Kendrick Lamar. I think for me, the hip hop scene is where things happen that are really interesting and forward looking. There is no stagnation in the hip hop scene, they look forward into the future.

Malin: They’re really progressive when it comes to production.

Gustaf: It’s jaw dropping listening to hip hop as they are encouraged to do strange things, like A$AP Rocky. Our album is not a hip hop album but we listened to hip hop a lot when we did this record because of the courage that is in there. You can have a chorus with just drums and that’s the chorus for Kanye West, and that is so inspiring I think.

Can you take us through a few of your favourite tracks?

Malin: Well I can mention Miami Beach, and it’s one of the tracks two ballads. It was at the moment that we heard from some artists and some friends, they were down in Miami on some sort of crazy music event and it sounded just totally insane, everything about it and when I heard about it I wanted to write about a moment like that but I wanted to make it as romantic as possible. I wanted to try to describe a night out where the volume is really loud and you can feel like the bass is pumping through the whole of your body and I wanted to write about that moment in slow motion, and if you can relate to that moment and then just imagine that you will find love, like the most glorified love in that moment, I wanted to try and make that happen. So that was the intention of that song, to find a feeling that is not so romantic and make it sound romantic.

Gustaf: Yeah we can mention You Want the Sun. We are happy with that one because it is so simple, it is just three chords the whole way and we always talked to each other about that. Even through Instinct, we wanted to be simple and try to make things difficult because, to find something valuable in the simplicity is the hardest thing to do. I always look up to people who manage to do that. You want the sun is some kind of trial for us doing that, I think we managed quite well. It’s a simple song that went pretty well. It was like an examination and You want the sun was born out of this exam.

Malin: The last one I can mention is Everybody Wants to be You, it’s the love song for my lady friends and also the Ode to Dance Floor and that is also a track that revolves around the deep friendship you’ve shared in your life and how you have to relate to time. So we have a lot of songs about friendship actually, when I come to think about it. This is the first time someone has asked us.

Have you got any tours planned?

Malin: We would really love to come to the UK this Autumn but right now we have some shows planned in Scandanavia in February.

Gustaf: I want to take this opportunity to say we really miss the UK, we lived there for a while and every other day we talk about how we want to go back and we have really strong emotions about the UK so we hope to come back and play.