How did blogging become a career option?

YouTube has gone mainstream, people sit at home on their desks taking pictures of pretty makeup, record videos of their day-to-day extravagant lives that involve beauty press trips, launches of new beauty lines and this is now a job for many famous bloggers out there.

You may think 10 million is a lot, she is still a long way off catching the number one most subscribed YouTuber in the UK, PewDiePie, who now has over 42 million subscribers.

Zoella has also managed to release a book from her YouTube fame, titled Girl Online, which was recently voted as one of UK school childrens’ favourite books.

These names are all familiar to those who are active on social media websites but it is also those with less subscribers and less viewership who have managed to carve out successful careers from their blogs, Instagram accounts and other forms of social media.

Take for example Rrezolinda, who runs a blog called Rrez Adores. She was apparently unaware of the benefits from making a blog when she did start one and never expected to get paid for it:

“I first started my blog a couple of years ago due to people always asking me about what make up products I wear and recommend.

“I thought it would be a lot easier to have a platform to give detailed explanations where people could always go back and look at. At the time, I had no idea people could make money from blogging, I wasn’t aware about benefits of the blogging world.”

She has accumulated more than 6,000 Instagram followers and is regularly active on both platforms. 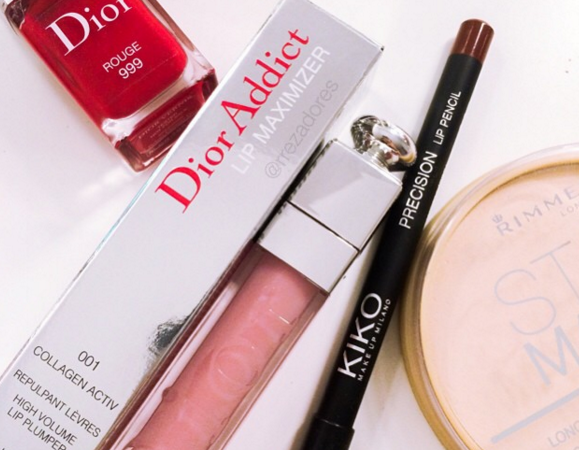 Instagram photo of beauty products by Rrez Adores • May 11, 2015

She says one of her first videos documented her weight loss and she did not expect to receive the reaction she did.

“I didn’t expect to receive a huge amount of views and thought that I’d be able to respond to everyone who emailed me. I guess that’s when I realised how incredible the internet was. After receiving over 200 e-mails asking for more advice I started up my blog as I knew it would be easier to direct people to who wanted inspiration, advice, tips etc. And well, that’s where it all started.”

Full time blogging is not something at the forefront of any blogger’s mind when they had originally started their blogs.

“Of course, not all bloggers do blog full time and rely on their income from that to survive but plenty do see it as their career now.”

Rrezolinda is a make up artist and as well as running her blog, she does do freelance work so her income is not entirely reliant on how much content she puts out there.

However, Laila is now a full time blogger and the opportunities have been endless for her, despite not believing so when she first started: “When I first started blogging? Definitely not. I’ve been blogging full time for over two years and wouldn’t change it for the world. From being a full-time blogger I’ve been given the opportunity to travel the world, work alongside worldwide-recognised brands and meet celebrities who I would watch on TV or listen to on the radio when I was in school. The opportunities are crazy!” 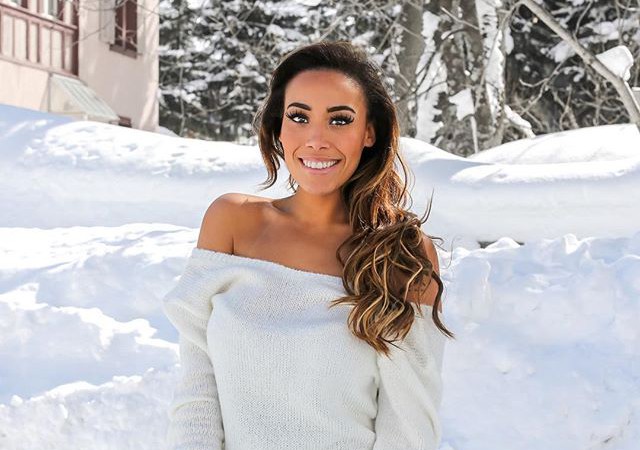 Laila Loves via Instagram. Travelling around the world, one of the many perks of blogging.

Explaining the success of the internet to those who did not grow up watching and “idolising” YouTube stars can prove difficult.

The majority of YouTubers started out in their bedrooms, recording themselves speak through webcam and uploading it onto such a huge platform.

By speaking to directly through as camera and often addressing viewers with terms such as “you guys”, it creates intimacy and a rapport viewers believe they share with them.

The blogging/YouTube world is also considered a community, many big YouTube stars have become close friends, some even live together and plenty record videos together.

It is the same for both Laila and Rrezolinda who, both who see blogging as a community and read other blogs both for inspiration and because they enjoy doing so.

However, it is also important to stick to what you have been doing and remember why you have the viewership you do. Rrrezolinda reiterated this by saying that “everyone’s followers are there for a reason – at the moment, I stick to just blogging about what I think or what I feel my social media followers are into”.

You often find bloggers asking viewers what exactly they want to see, this is a good way to keep your viewers and “fans” onside, ensuring they never become disinterested in your content.

What exactly has elevated the blogging platform? Social media websites have had a big part to play in the sheer amount of views people get on YouTube and the amount of hits they gain on their blog.

Blogs have been around the longest, but the industry has definitely grown with the introduction of social media platforms, especially Instagram.

Rrezolinda echoes these views by saying “Instagram has a huge part to play in that. I have seen a lot of girls that are popular on Instagram start a blog just for the sake of it – I say this because they don’t necessarily ‘do’ anything apart from post selfies or outfit pictures but this intrigues their followers and make them want to know more about them – where they shop, where they go to eat, what make up they wear etc.”

With Laila explaining how beauty and fashion brands spend their advertising budgets on influencers and bloggers because of the influence they have on the casual follower.

Last year, YouTube stars managed to get themselves in a bit of trouble by the Advertising Standard Authority (ASA) after they released an update on their website to reaffirm the need for full disclosure on product placement and products sent to them for free which have been featured in their “vlogs” or videos.

What has this meant for the blogging world? Famous YouTube stars have been at ease to discuss their earnings from YouTube, most likely due to the fact that they do not want to alienate their viewers as it limits the trust they share.

Essentially, they get paid to review free products and get paid thousands in the process hence why it is considered a job.

Asking whether both Laila and Rrezolinda consider it a real job, Laila replied, “I would love to show you my bank statement!” with Rrezolinda explaining that the casual viewer may not understand what goes on behind the scenes, how long it takes to record, edit and upload as well as the hours of planning quality content as nobody wants to upload sub-standard content on their platforms.

There is definitely pressure on YouTubers to consistently produce content that is unique and creative due to the competitiveness of it all.

“A bit of competition is always a good thing, it keeps you on your toes.”
Laila

Laila chooses to see this as positive as “a bit of competition is always a good thing, it keeps you on your toes”. Bloggers have travelled the world because of their job and it is something us normal folk can only dream of, exciting opportunities is definitely the biggest pull for a YouTuber.

“I was sent around the world on an all expenses paid trip by Match.com to gather dating tips from each country. I visited Brazil, New York, Stockholm, Paris and Rome. It was incredible!”

Laila Loves has certainly opened new doors for Laila, perhaps a few that would have never been possible had she worked a “normal” office job.

The blogging world is ever-growing, YouTube stars subscribers are rising and companies are spending more and more of their profits on advertising and marketing.

With the industry blooming, it is a worthwhile investment despite the fact that many will argue it has become an oversaturated market, diminishing the hard work of those who spend a lot of time and effort in perfecting their blog and YouTube channels.