Recently the work of the house and EDM DJ has interested me profusely – I’m undoubtedly a band geek but I felt as though there was another realm that I just hadn’t explored.

With a strong sense of euphoria and hard hitting beats that feel like they’re rattling your bones, maybe there is more to being a world class DJ than strobe lights and enormous crowds.

I caught up with Ferry Corsten, who at the moment seems to be one of the main men in the electronic industry. With a career that has already gone global, there seems to be no rest for Ferry as he delves into a new project.

Ferry explains that the planning and dressing up of ideas is one of the most exciting processes. He says that once you have come up with an idea, that idea can then be translated and given an actual form. It is the footprint of whatever is going to be built on top of it. 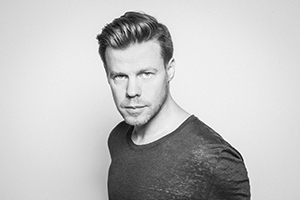 There seems to be many factors to consider when planning projects within this world, such as; who your vocalist may be, or if you are going to have a vocalist at all.

Corsten gives little away in regards to new material and the collaborations he has in mind but shows an excitement to be able to reveal more in the near future.

Thirteen years ago, Corsten and Tiesto created Gouryella, a project that was never meant for to be for the stage.

After expressing that he wanted to focus on other aspects of his music career, Tiesto said that Corsten could take the project in whatever direction he wanted.

So now it seems he is taking it to the stage of Atlantis 2016 in Melbourne. This will be the world premiere and fans have waited 13 years to hear Gouryella live.

“Promoters around the world were asking if I was going to do something on stage with this, fans were asking like hey are you gonna do more with this in the future so now I’m doing it at Atlantis.”

Corsten mainly receives fan participation via social media platforms. Being a DJ, he may play a venue twice a year so can be very disconnected from his followers.

Many fans take to sites such a twitter to voice their opinion (whether it be good or bad) about many artists. The chances of every opinion being noticed and considered is small, however Corsten believes that social media is very important to his career.

“It really is a good way of seeing what your fans want from you and how they’re feeling about certain things you do, but its up to you how you interpret it. Are you the type of artist that does everything that your fans want or do you mind stepping on toes every once in a while?”

Alongside being very vigilant of social media, Ferry Corsten also has his own radio show, Corsten’s Countdown, which has been on air since 2007 and seems to be another way that Ferry keeps an eye on his fans expectations of him. He allows listeners to vote for their favourite tracks and then determine what will be played the following week.

“Overtime I really started to see the importance of a radio show because it is still a presence, let’s say I play a certain place once or twice a year max, and some places I’ve never been of course- and all I have to do is switch on the radio every week and although they haven’t seen me they can hear me and there’s a connection.”

Ferry goes on to say that for him, the radio show is almost like a marketing tool. He can see what tracks his listeners want to listen to which is useful in terms of staying current and seeing what is popular amongst his fans.

By describing his radio show and social media platforms as a sparring partner, it is clear to see that life as a world class DJ is hectic and competition is tough.

Making yourself a public figure and connecting with your fans seems to be the way to stay on top of your game, something that Corsten has mastered.

Keep a look out for Ferry Corsten this year at most dance festivals including Tomorrowland and EDC London.