Orlando Bloom needs little introduction, but who better to introduce him than his mother, Sonia Copeland-Bloom.

Driving an unassuming Toyota Yaris, you would never imagine this was the mother of an international superstar.

Except for maybe one thing, she’s wearing a red beret, red pattern socks peering through the gap of her burgundy jeans and red-heeled boots. Her creativity shines through, something she has obviously passed down to Orlando.

To my upmost surprise/horror/excitement Orlando actually phones his mother whilst I am with her.

“Hello darling!” she exclaims. It is easy to forget these ‘celebrities’ we coo over are just someone’s son or daughter – they chat like any other mother and son would. Remarkable to hear.

Mrs Copeland-Bloom is, unsurprisingly, bursting with pride when she speaks about her successful so: “Today he received a BAFTA for his contribution to humanitarian causes,” she exclaims.

Orlando has been a UNICEF Goodwill Ambassador since 2009, and has visited countries such as Nepal, Liberia, and Russia to aid in UNICEF’s efforts. 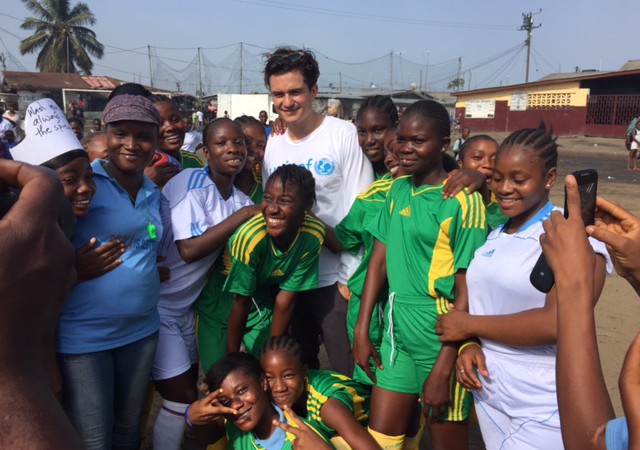 Sonia lives in Canterbury with her partner, Charles. The man Orlando knew as his father, Harry Bloom, died of a stroke when Orlando was just four years old.

After Harry’s death Sonia and family friend Colin Stone brought up Orlando and his older sister Samantha, Sonia revealed that Colin was in fact his biological father.

“Nobody ever gets it right about how he came to be called Orlando,” explains Sonia.

“The answer is: I loved the shape of the circle… so I thought Orlando was a lovely musical name and the other good thing was it had an ‘O’ at the beginning and an ‘O’ at the end!

“I remember a lot of my family coming to visit me in hospital, just after he [Orlando] was born, and they begged me not to call him Orlando as they felt he would be teased at school. However, he was never teased at school and has always enjoyed being called Orlando.”

One thing that did happen to Orlando in his younger years was during his studies at the Guildhall School of Music and Drama.

In 1998 he fell three stories from a rooftop terrace and broke his back. Doctors feared he would never walk again, but he miraculously made a full recovery.

It was here that a director named Peter Jackson, who happened to be in the audience of one of the shows in 1999, spotted Orlando. After graduating, Orlando began work on the Lord of the Rings trilogy.

Today, Orlando is one of the busiest and most sought after actors in the world. On top of Lord of the Rings, Bloom has starred in a multitude of films including; Pirates of the Caribbean, Troy, Zulu, The Hobbit as well as starring on Broadway in 2014 in the theatrical production of Romeo and Juliet. 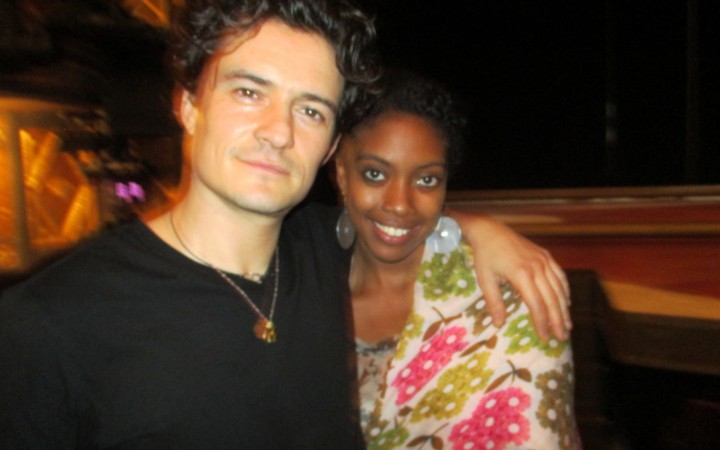 I had a (brief) chat with Orlando himself, here are seven facts you might not know about him:

Not quite as talkative as his mother! Nevertheless, he comes across as an extremely lovely guy.

By Wiktor Karkocha
5 Mins read
In war, is there space for creativity? We asked two Ukrainian creatives about their roles in helping their country now, and when the war is over.
Music

By Isis Flack
3 Mins read
We meet Smith Blaxk an independent musician has racked up over two million streams on Spotify.
21st-century trends