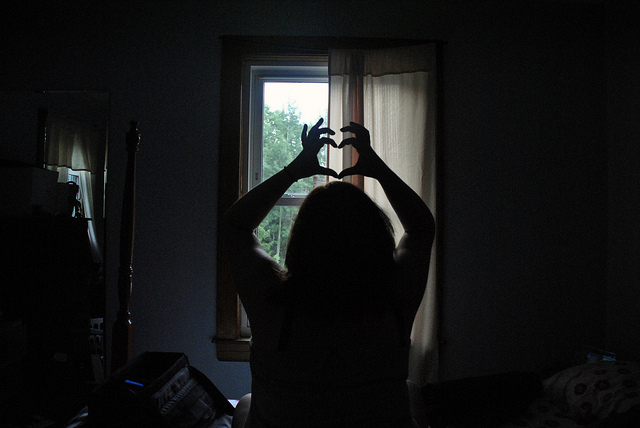 It is normal to feel bad about yourself sometimes, we all have those days where we wake up and feel sick and tired.

Feelings of low self-esteem stem from being treated poorly by someone in your life at the moment or in your past, it could also be your own judgement of yourself.

However, this isn’t abnormal, many people suffer from low self-esteem, especially those who have also experienced depression, anxiety, delusional thinking or have an illness or disability.

Low self-esteem can keep you from enjoying the little things in life, you have to do the things you enjoy and love doing, while working towards a personal goal.

It can be difficult to feel good about yourself, some days, if you’ve had a bad day at work, or you’re having family problems or even if you are under stress.

When you are having a difficult time or when others are treating you badly the symptoms of low self-esteem can be hard to manage.

Every so often it gets worse, and you end up in a downward spiral of lower and lower self-esteem.

For example, you could begin to feel bad about yourself if someone insults you, or you are having a stressful time at university or work, then you give yourself negative self-talk “I’m useless”, “Can’t get anything right.”

“When I was in secondary school, I was bullied ruthlessly, from cutting my hair off to sticking chewing gum in my hair, to all sorts of names being carved on my wooden desk, you name it,” she said.

“When I turned 16 I couldn’t wait to leave school and never see those monsters again. Even when I left I constantly felt not good enough, insecure, never felt like I could fit in. Now 40 years later the wounds still remain.

“At that time, I was bullied at school only and that was bad enough. In today’s world the situation is worse. With things like Twitter, Facebook and Instagram so easy to access life has become much harder for young adults, and bullying has become easier.

Ranging from fake profiles being made to hate comments and pictures going around, even all of your friends slowly ‘unfollowing you.’

“You wonder why young girls are under pressure these days to be just like the superstars that are plastered all over their televisions and on nearly every magazine.”

We can all agree that no one is safe anymore from this current day disease of insecurity and at times, disgust. It is a good time to put a stop to this now, schools are able to contribute to building up self-confidence, parents should be able to speak to their children about their issues freely.

The media can also play a strong part in how we help people with low self-esteem.

Walt Disney has produced many movies in which the protagonist has to overcome the boundaries of their societies to make their dreams come true. For example, in Dumbo being the outcast due to his big ears, which is his main burden, ultimately turns into his greatest strength.

However, before these characters realise that their differences are their greatest strength they must overcome their biggest reservations, and believe that their greatness comes from within and not just how they look from the outside, or how society tells them they should look.

There are many examples in which Disney has made movies where something that seems impossible is actually made to happen.

For instance: Monsters University, a monster that isn’t scary at all but pursues a career in being scary. Kung Fu Panda, a fat panda that hopes to become a kung fu master and also a rat who dreams of becoming the best French chef in Ratatouille.

This in a way is progress for our society, to see that movies show a sense of people achieving what they thought they never couldn’t, it can build up self-esteem from a very early age.

Has social media affected our self-esteem?

Many of us go to extreme lengths to hide flaws that are often invisible to others.

What has become very damaging to our self-esteem is our image online. Several people retouch their blemishes, others even pose in a specific angle to hide their “fat arms” or “crooked smile”.

I have friends that ask people to crop them out of pictures because they don’t like that angle, even ask to delete the picture completely.

A friend of mine that worked for the Elite modelling agency, Gemma Collins, admitted to asking her boyfriend to delete a whole album of their summer holiday pictures.

“I looked fat in most of them, hated the way my body looked. I was leaning in a way that made my stomach rolls show, not very attractive,” she said.

Another friend of mine, Sam Jordan, who works as a personal stylist in Top Shop, told me that she taught herself to pose in a way which hides her nose, because she has a “weird, bent nose” and she felt it stood out a lot in pictures.

She added: “Honestly, we can all agree, that sometimes when our friends show us pictures of ourselves complimenting how we look, we often think “are you serious, are you blind?”

Distorted self-perception is nothing new, Dove has published a survey which showed that “over 54% of women worldwide agree that when it comes to how they look, they are their own worst beauty critic.”

When you put social media into the mix, it makes it ten times worse. In real life we spend years trying to find ourselves and love ourselves, but online with millions of pictures uploaded on Instagram, it seems we are all trying to find a form of ourselves that gets the most positive feedback.

It is argued that women who base self-worth on how they look tend to post more pictures of themselves seeking approval from others.

They receive a great amount of followers and this helps them to feel better, temporarily. Pictures uploaded on Instagram are a fake sense of self, not really who you truly are.

Back in the day pictures were taken with little thought, people cared more about the scenery than how they looked. Nowadays pictures must be taken in an angle they are able to show off their body or best facial feature, with good lighting and a good filter.

People are so used to being able to choose how they want to pose and how they want to be seen when an actual picture of them goes online from a friends account, you can’t hide the feeling of dread and that you look horrible.